Under-17 Defenseman had Four Points in Debut Season 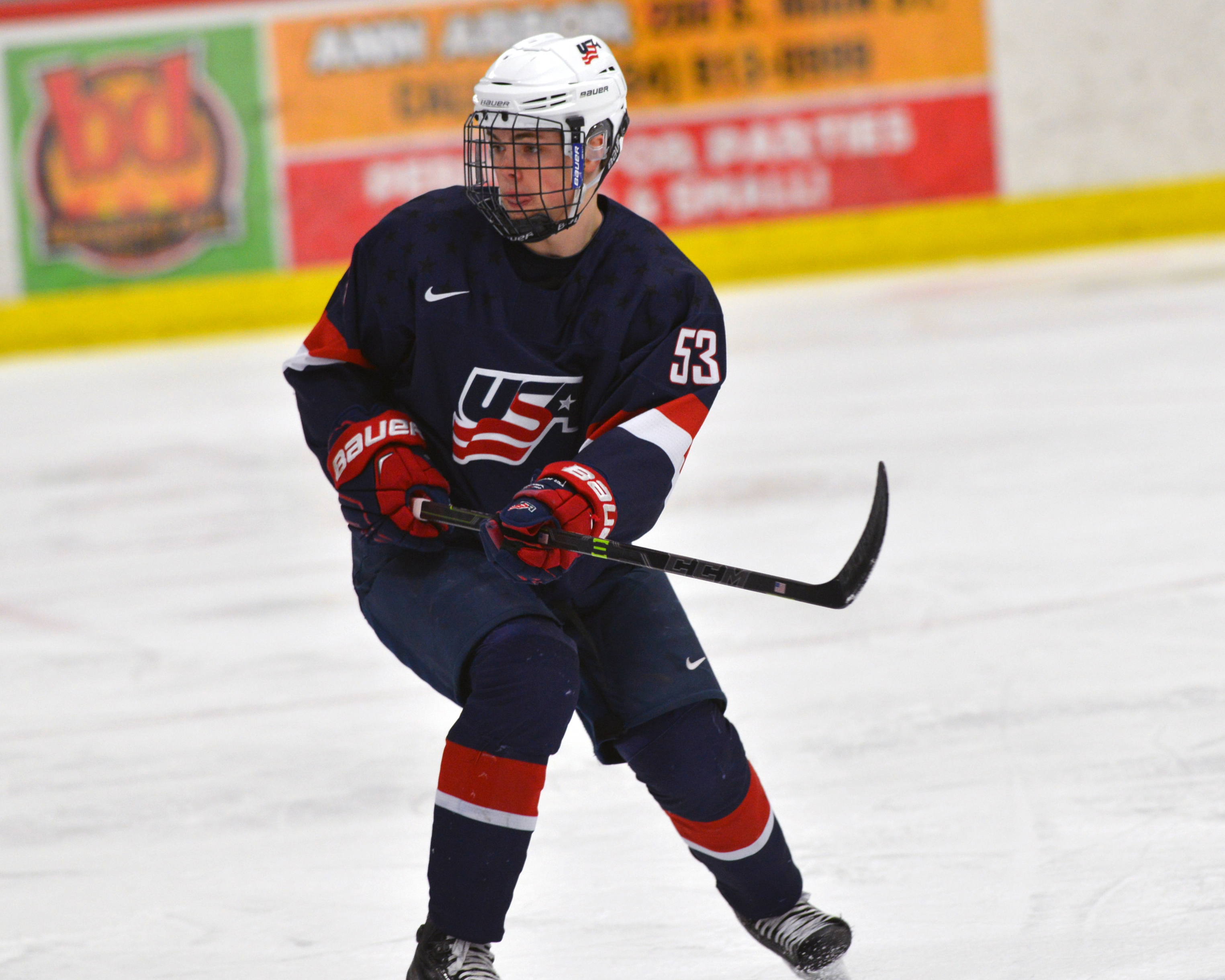 Matthew Hellickson can’t remember exactly why he wanted to start playing hockey or why he loved it so much. He just knows that one simple request to his mother got him started on a career that led him to USA Hockey's National Team Development Program, where he just wrapped up his Under-17 season.

“Thinking back, I don’t think I can put one thing on it necessarily that I loved about the sport,” said Hellickson, who began playing in first grade. “I just thought it was cool how you can do all that stuff on a small piece of metal.”

Hellickson, who grew up in Rogers, Minnesota, a suburb of Minneapolis, had an early knack for skating backwards, which led to him finding a home on the blue line.

“My coaches in Minnesota would usually throw me on defense for this reason,” he said. “It really just started from there. I played a little forward, but mostly it was just D.”

After playing for Rogers High School, Hellickson jumped at the opportunity to transition to the NTDP to continue his hockey career this past season. It didn’t come without the usual learning curve. The NTDP season is longer than the high school season, and it took some time for Hellickson to get used to the daily practices and three lifting sessions each week.

“Unlike seasons before, practicing every day — I thought that was tiring,” he said. “Doing all the extra stuff here, it might be skills after practice one day or lifting, that can be tough.”

The 5-foot-11, 171-pound blue liner credits the coaching staff for helping with his development in his season. Hellickson finished the year with one goal and four points in 45 games.

“[Former assistant coach John] Gruden helped a lot with understanding how to play defense well,” he said. “The coaches taught you the little things, such as when you touch the puck, you must always move lateral at the blue line. Even though it may feel awkward, it will set you up in a good position to make a play. Plus, we learned how to angle guys to help slow down a play.”

Hellickson admitted that in the midst of some intense, mid-season weeks, he could occasionally lose sight of the bigger picture. But when he looked down and saw the USA letters on his sweater, he was quickly reminded how special his opportunity was.

“It’s crazy sometimes when you get caught up in the daily grind of everything, and when the weekend starts rolling by with game after game, you sometimes forget what it means to wear the jersey,” he said. “Talking to friends and talking to family, it puts it all into perspective. You have to take a step back and look at it and think, ‘Wow this is really special and I love doing it. I wouldn’t trade it for anything else.’”

Hellickson has plenty of memories from his first year with the NTDP, but one stands out — and it wasn’t even a game.

“After the Five Nations tournament in Russia, we had to stay up that night,” he recalled. “I had my phone out when we walked out of the hotel and hit start on the timer, and then I hit stop when I got back to my billet house — and it was 25 hours. It was a 25-hour travel day, so that was pretty cool. Staying up all night and hanging out with the guys, that was an unforgettable experience.

“It was my first time in Russia and first time overseas. You definitely got to know the guys a lot better when you are spending a week with them.”

Following his NTDP playing career, Hellickson plans to continue his hockey career at the University of Notre Dame. It was an easy decision for him.

“Growing up, they were always a team that I liked,” said Hellickson, who will play against his future college team on Oct. 11, 2015. “I never even thought about going there until last summer.

“When I went to visit, I thought campus was beautiful. The big thing for me was the education piece and obviously, I knew that the hockey as second to none. It just sealed the deal with education and hockey.” 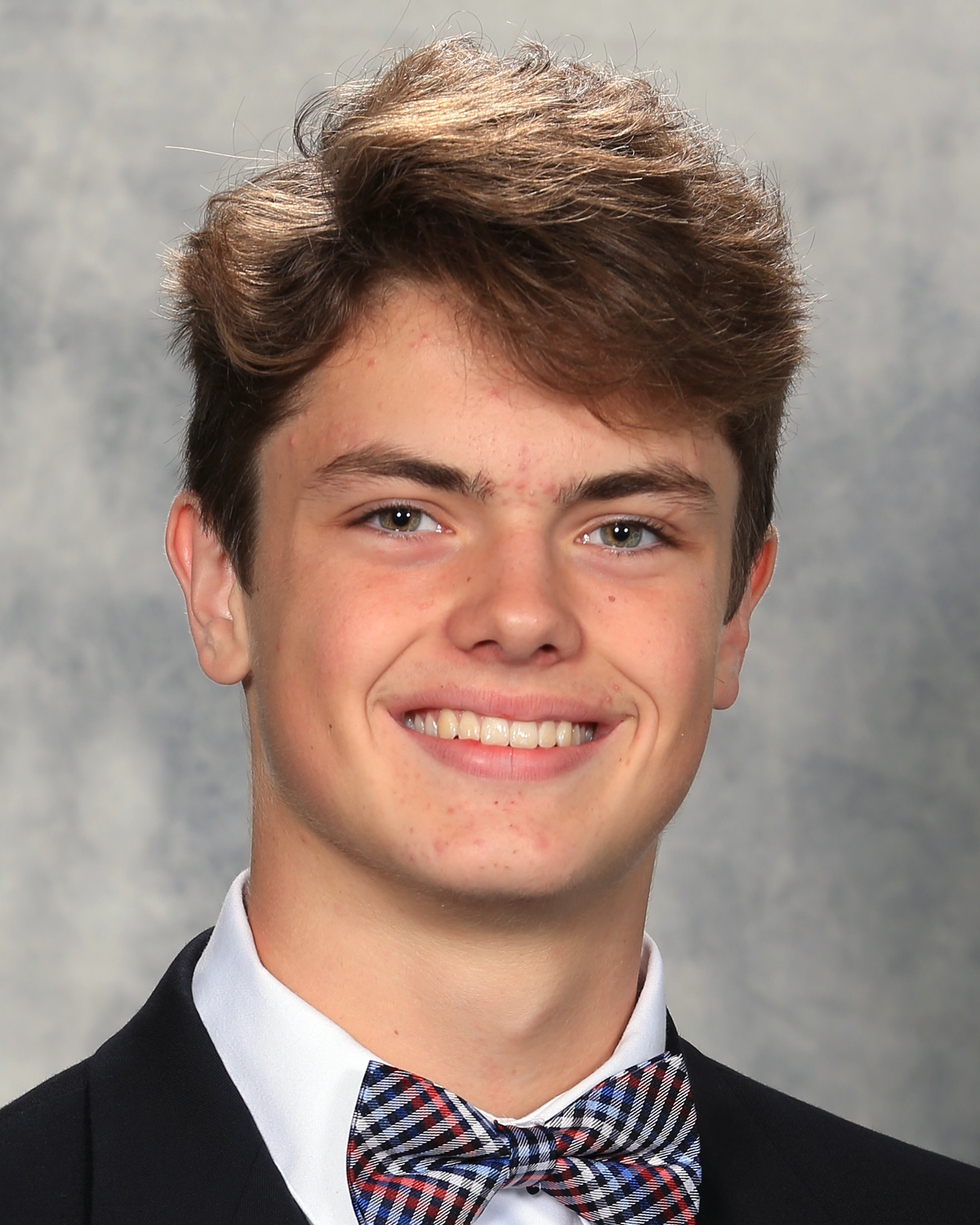 Favorite Book
I Am Number Four by Pittacus Lore

Favorite Activity Away from Rink
Hanging with Buddies