USHL Rookie of the Year to Join USA Hockey’s NTDP 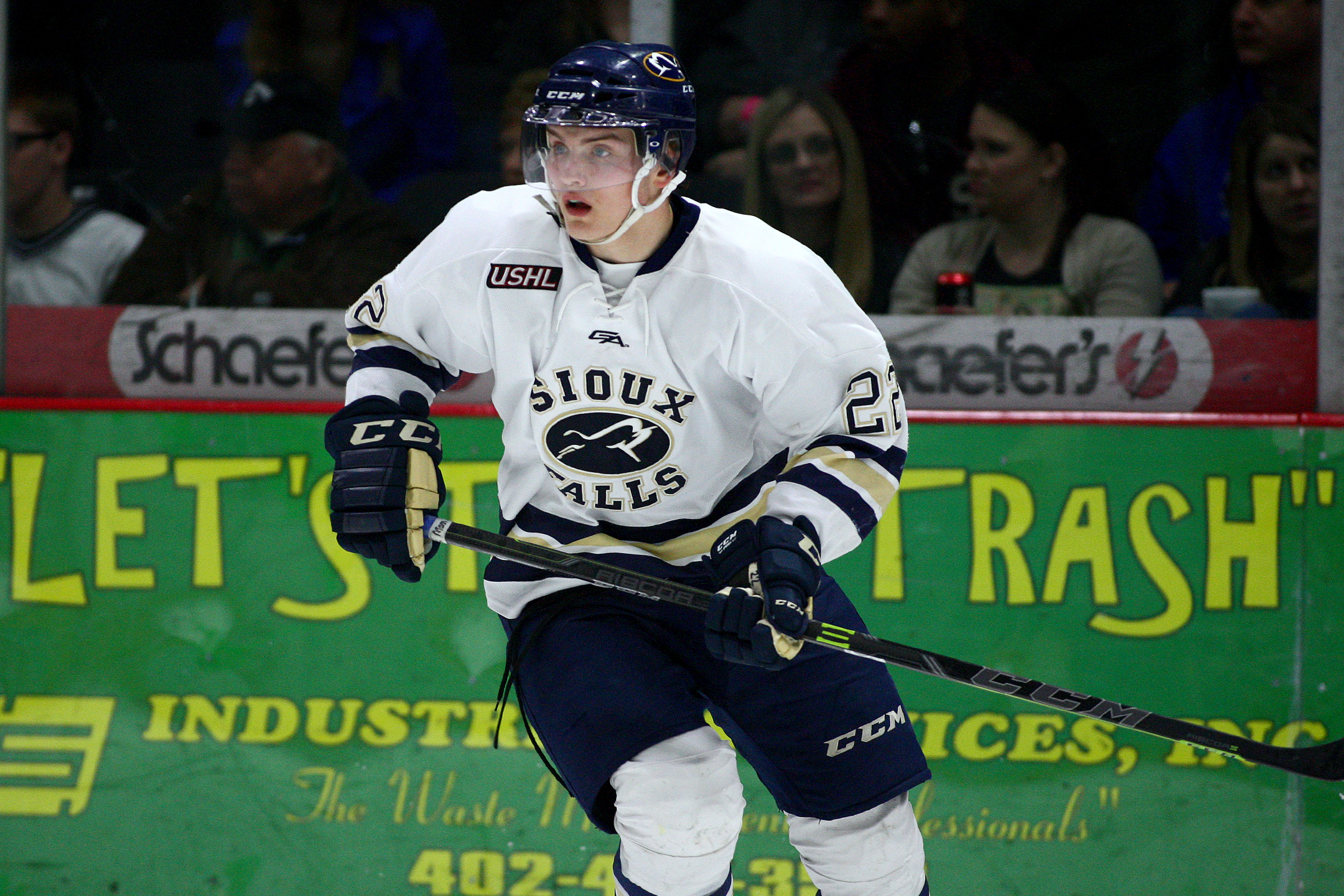 “We are excited to have Kieffer join us next year,” said NTDP head coach Danton Cole. “He had a tremendous season in Sioux Falls winning a USHL championship while also being recognized for several awards. Coach (Cary) Eades and his staff did an excellent job with Kieffer and it will serve him well as he embarks on our USHL, NCAA and international schedule.”

The USHL Rookie of the Year spent the 2014-15 season playing for the Sioux Falls Stampede, where he led the squad in goals scored (33) and finished second in points (52). His 33 tallies set a USHL Tier I era record for goals by a 16-year-old. Bellows helped lead the Stampede to the 2015 Clark Cup Championship, notching nine goals in 12 playoffs games, including four game-winning markers, while also collecting three assists. Bellows' success resulted in his selection of the 2015 All-USHL Third Team.

“While it is never easy for a USHL team to lose a player of this caliber, we are excited for Kieffer to pursue the opportunity to represent our country with the USNTDP and continue to pursue his development in the USHL,” said Bob Fallen, USHL president and commissioner. “We’re proud of our league’s record of helping to develop NHL Draft picks and we anticipate we will see Kieffer step to the podium in 2016 as a member of our league.”

Internationally, Bellows was named to the 2014 U.S. Under-17 Select Team that captured second place at the Five Nations Tournament held in Crimmitschau, Germany. Bellows had two goals and three assists in four contests.

Prior to his time with Sioux Falls, the forward skated for Edina (Minn.) High School, where his team claimed a 2014 Minnesota Class 2A state championship.

The Boston University commit is eligible for the 2016 NHL Entry Draft.