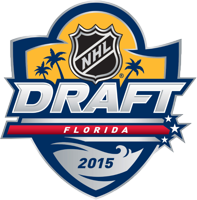 With the 2015 NHL Entry Draft slated for this weekend in Sunrise, Florida, 21 first-time eligible players with ties to USA Hockey's National Team Development Program will hope to be selected in the two-day event, marking the first step in the journey towards becoming NHL players.

Of the 21 eligible players, 19 are skaters and two are goaltenders. Additionally, 17 were full-time members of the NTDP in 2014-15, and four are alums of the NTDP that skated elsewhere last season.