Tage Thompson Celebrates U18 Worlds Title With a Tumble

Thompson Joined the NTDP for U18 Season 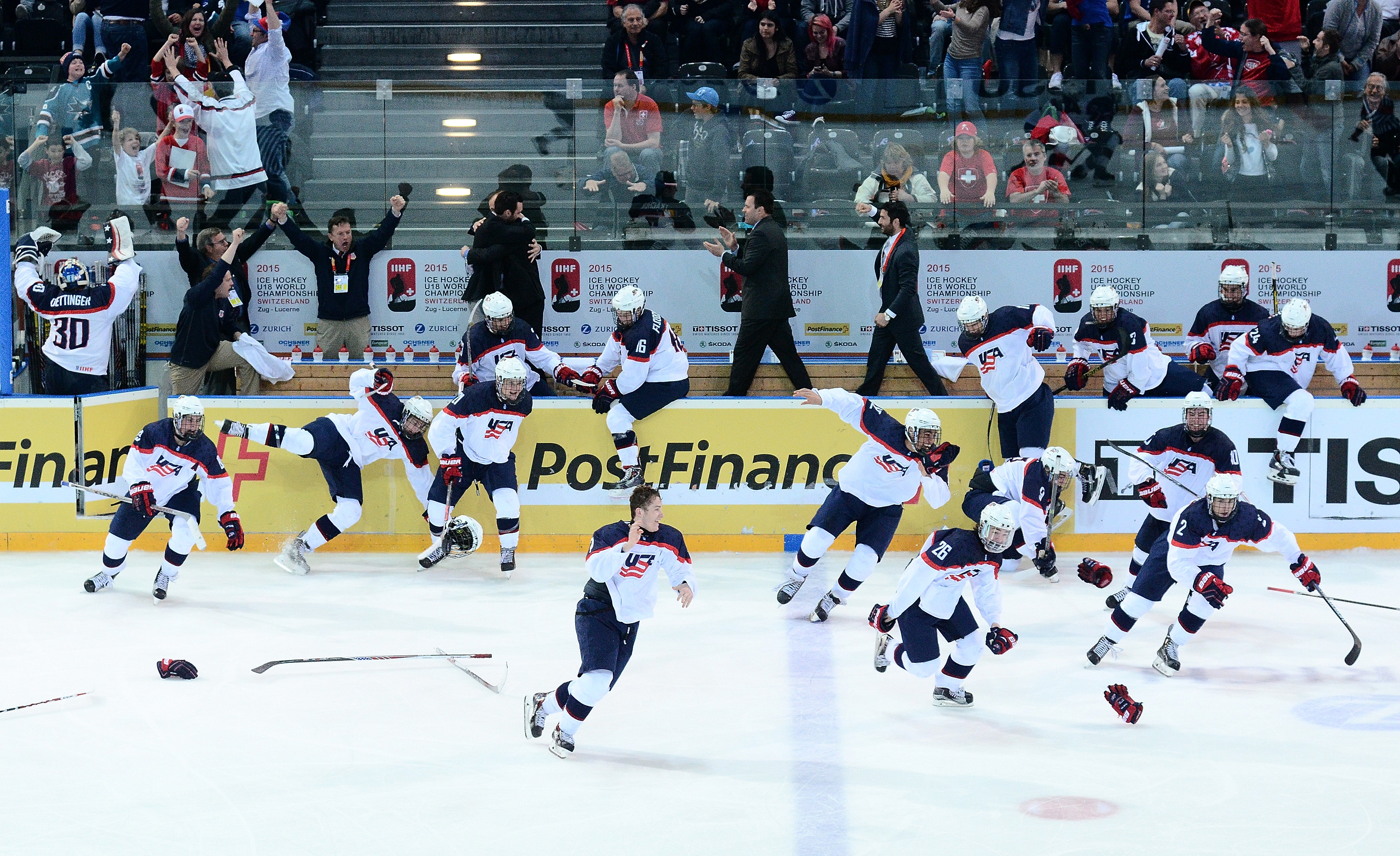 A funny thing happened to Tage Thompson on his way to celebrate with his U.S. National Under-18 teammates after they captured the gold medal at the IIHF Men’s U18 World Championship: He took a pretty good tumble trying to get off the bench.

“I was halfway over the boards and my skate got caught up on [Christian] Fischer,” Thompson recalled. “I tripped and probably fell two times and tripped over Fischer again.

“I had so much energy and adrenaline. There was so much excitement after the overtime goal. I think there might be a photo of me falling.”

Team USA posted a 2-1 overtime victory over Finland in the title game on April 26 in Switzerland. The U18s gave up an early goal just 17 seconds in and didn’t tie it up until 12 minutes left in the third.

“In between periods, we knew we could win the game,” Thompson said. “We were calm, composed and confident. We felt we could come back.

“This team really trusted each other. Our captain [Luke Kunin] and leaders of the team made sure to calm us between periods. Everyone was on the same page.”

The feeling of capturing the U18 world title was hard for Thompson to put into words. Winning the U18 title was his goal since he arrived at USA Hockey's National Team Development Program last year.

“It was awesome. I know it sounds cliché, but words can’t describe it,” he said. “I have been dreaming about it since I got here. It was great to see the hard work pay off. It’s something I’ll never forget.”

“My dad played professional hockey, and I picked it up at an early age,” Thompson said. “He taught me everything I know. He never coached my team growing up, but he always helped me along the way.”

“I was in first or second grade when my dad retired,” Thompson said. “I don’t remember much about his playing days, but I know more about his coaching. I think that is one of the big things he has taught me — what it takes to play at the next level.

“He always tells me to never take a day off. This lesson applies to everything, not just hockey.”

Thompson arrived in Ann Arbor, Michigan, to play with the NTDP for his U18 year, and the 6-foot-2, 160-pound forward tallied 12 goals and recorded 26 points in 64 contests.

“The reputation of the program and the name itself stands out,” he said. “The development — between the weightlifting, practice and schedule — it can only help. Everything considering, it was just the best spot. I knew I would get stronger, faster and more ready to get to the next level.

“To represent the country was very appealing, and to put on the jersey every day was something I can’t take for granted. It really puts things into perspective.”

Thompson is accelerating his schooling and will graduate from Ann Arbor Pioneer High School this month. He plans to play hockey at the University of Connecticut next year.

“I will be going to UConn in the fall; it’s a new program in Hockey East,” he said. “Coach [Mike] Cavanaugh and the rest of the coaching staff are good. I want to be a big piece of the team and help turn the program around.”

Thompson knows he needs to work hard over the summer to get ready to play for the Huskies next year. He already has a plan in place.

“I need to get bigger and stronger, and put on some weight over the summer,” he said. “I will be going to summer school at UConn this summer. I plan to take a few classes and will be going to campus around July 21 to train.”

A big benefit for Thompson going into his first collegiate season is the fact that he has already played against college opponents while with the NTDP.

“It will be huge,” he said. “I understand the speed and pace. It will still be a tough transition, but I can go in with some experience and that will make it easier. I know what to expect.” 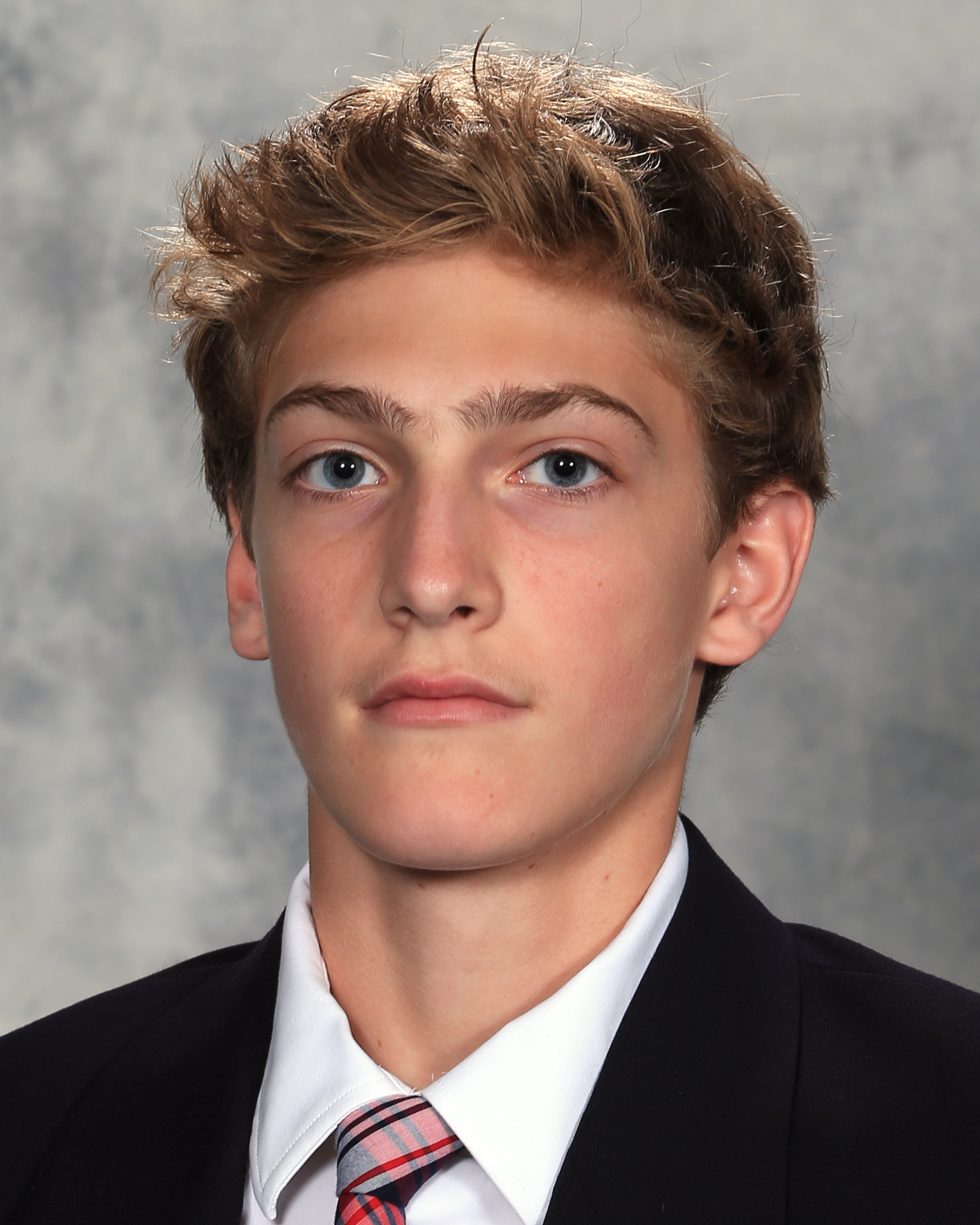 Favorite Activity Away From Rink
Golf