Matthew Tkachuk Builds On Success In Second Year With NTDP 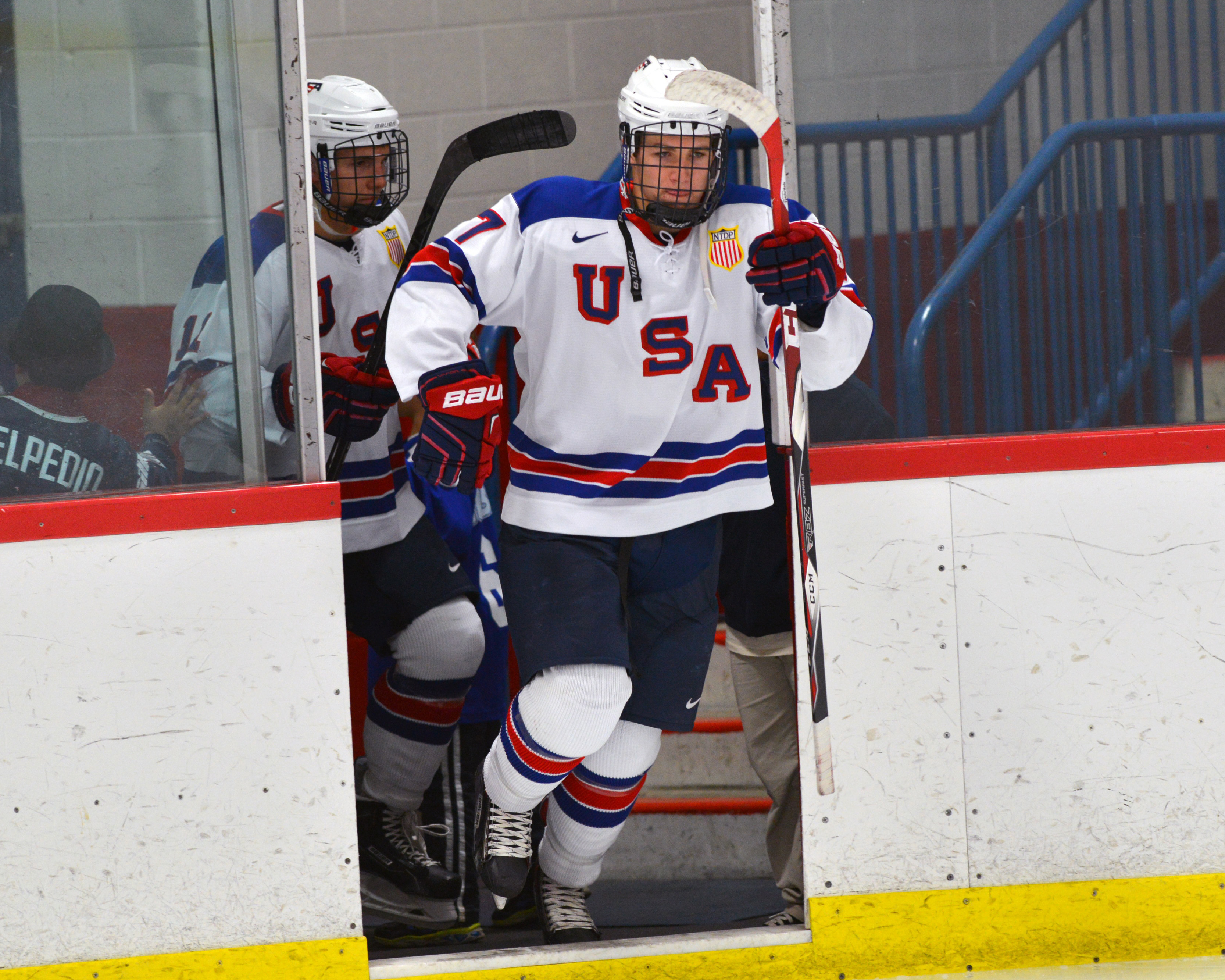 It’s just that this season has been even that much better.

For one, the St. Louis native has more than doubled his scoring output. Last season as a member of the U.S. National Under-17 Team, Tkachuk registered 13 goals and 34 points in 53 games. This season, he ranks second on the U18 Team with 37 goals and 89 points.

Tkachuk, who checks in at 6-foot-1 and 188 pounds, spent the summer getting “bigger and stronger and faster.” That hard work paid off, and he returned to Ann Arbor, Michigan, for this season with an extra 20-25 pounds of muscle.

“I came in as a boy, and I’m still getting bigger,” he said.

It doesn’t hurt that Tkachuk has played on a line with talented teammates Auston Matthews and Jack Roslovic. All three rank in the team’s top four in points.

“I’m put in a good situation right now, playing on a line with two good players,” Tkachuk said. “They make it easy for me. We all know what we do best.

“Our chemistry is something that can’t be taught. We just click. You have a complete player like Auston who can just do everything. Jack is a speedy winger and is more of a playmaker. I like to get them the pucks. We like to work together.”

What brings everything together, though, is the NTDP.

“As a player, it gives you all the resources possible,” Tkachuk said. “I can shoot pucks at home in the summer, but we have a state-of-the-art facility here with lifting and shooting. They give you all the tools, but you have to use them to your advantage. Some guys don’t. But the ones that do, it pays off.”

Off the ice, Tkachuk says he has become more independent during his time in Ann Arbor.

“I live with my parents part-time and part-time with the Fischers,” he said, referring to teammate Christian Fischer. “I have learned that you have to be more independent. You can’t rely on your parents all the time.”

Tkachuk has one major advantage in his development as a hockey player. His father Keith played in the NHL for 19 years with four different teams and amassed over 1,000 points. In addition, Keith Tkachuk represented Team USA at four different Olympic Winter Games and was inducted into the U.S. Hockey Hall of Fame in 2011.

“I started playing hockey because of my dad,” Matthew said. “I used to watch him all the time and would get to go into the locker room and see all the players. How they lived their lives, I knew I wanted to do that someday. I miss him playing, because I wanted to see all the guys and see how they prepare. It really helped me when I was younger.”

It should come as little surprise that Matthew’s younger brother Brady is also a hockey player, and earlier this month Brady was named as one of the first 10 commitments for the next NTDP class.

The brothers won’t overlap, however. Matthew and his U18 teammates are in the midst of the International Ice Hockey Federation Men’s Under-18 World Championship in Switzerland. After losing to Russia in the tournament opener, Team USA won its next two games and closes out the round robin against Germany on Tuesday. The key to success, Tkachuk said before the tournament, is sticking to the game plan.

“We have to keep working on our game plan,” he said. “I know the game plan keeps changing with each game. Right now, it’s all about how we want to play. We are going to be the difference makers over there.”

Which is probably why some of Tkachuk’s best memories have been in international competition. There is something special about playing other countries and wearing the USA jersey.

“All the wins we have had in international play — the Four Nations, the Five Nations, the U17 Challenge — it’s just so special when you beat the other countries,” he said. “You just know that you have prepared better. I give credit to he coaching staff here for dictating how we need to play against these guys. We need to stick to that and we can have success.” 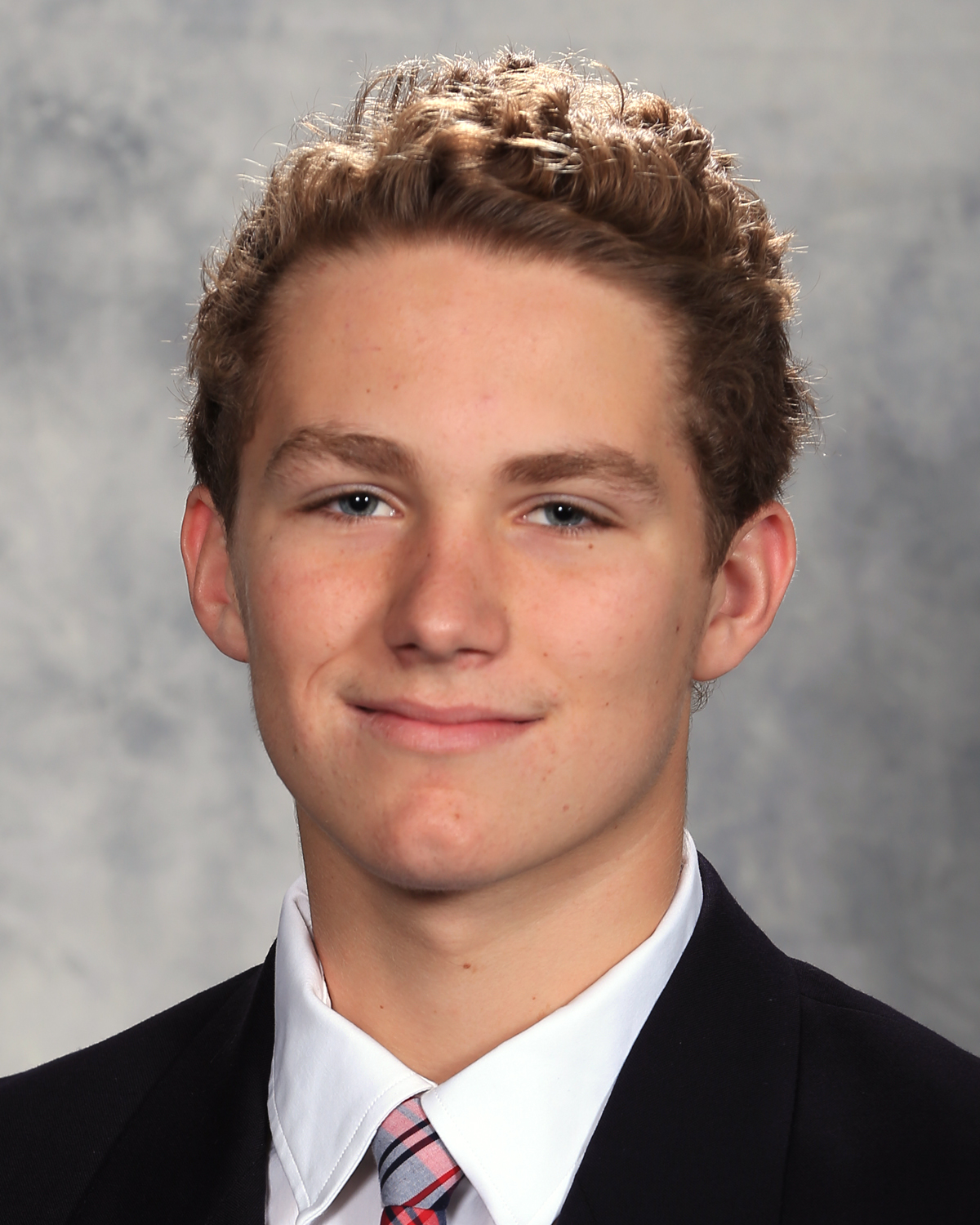