Colin White Eager to Lace Up Skates for Hometown Team

White Will Play for BC After His Time with the NTDP. 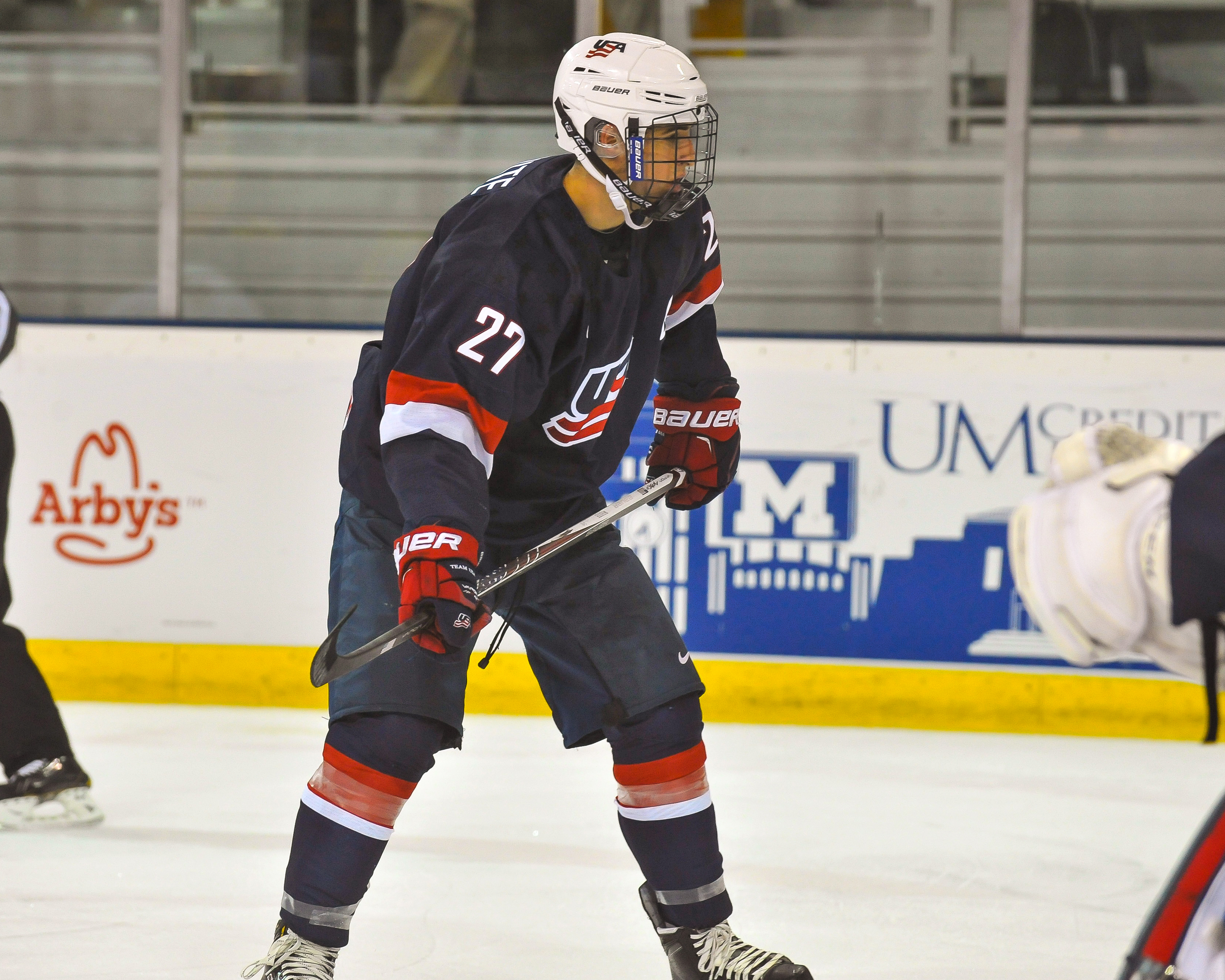 Growing up, Colin White looked forward to attending Boston College hockey games. He couldn’t wait to watch players like Nathan Gerbe or Brooks Orpik take the ice for his hometown Eagles, and he loved getting autographs and high fives from the players.

“Being from Boston, I always grew up watching them,” said White, who grew up in Hanover, Massachusetts. “My family has always liked BC. Since I was 5 years old, we would go to BC games. I was always down there, trying to get autographs or handshakes.

“Now, I will finally get the chance to wear the same jersey.”

White, a forward on the U.S. National Under-18 Team, will be joined at BC with two of his current teammates, Jeremy Bracco and Casey Fitzgerald. The BC roster also features numerous NTDP alums, including Thatcher Demko, Noah Hanifin, Steve Santini, Scott Savage, Brendan Silk and Alex Tuch.

“I was out there a few weeks ago on my visit and it was great to see them,” White said. “Knowing the guys on the team, it will definitely help in the transition.”

Plus, White has a support system from his parents, who are both former college athletes. His mother Christine played tennis at Florida State University. His father Mark played football and competed in track and field at Georgia Tech University and is in the Georgia Hall of Fame for both sports.

“It’s huge to have them around,” White said. “I talk to my dad everyday — he is always looking for ways to help me improve my game. He has always helped me train when I was growing up.

“My mom lives with me out here now. She is around to help me out, and my dad will come out here a lot. I’m very thankful for that and it’s special.”

The journey to BC runs through Ann Arbor and the NTDP. For White, it has been an up and down two years, but he wouldn’t trade it for anything.

After recording 33 goals and 64 points in 47 games last year as a member of the U17 Team, White has 16 goals and 41 points this season with the U18s. It’s been a struggle for White at times this season, as he missed some time due to illness.

“This year I have been trying to maintain my health,” he said. “I was sick a lot, so I want to stay healthy the rest of the year. It’s definitely helping.”

The 6-foot, 183-pounder is known as a two-way center. More than anything, he is most proud of how his defensive game has grown since arriving in Ann Arbor.

“The coaching staff has really helped,” he said. “They are always teaching us stuff, and we are always watching video. It’s great to have that around.

As White and his teammates prepare for their final event, the 2015 IIHF Under-18 World Championship in Switzerland, he still can’t believe that he has had the honor to wear the colors of his country.

“It’s just indescribable what it means to wear the jersey,” White said. “To see it hanging in your stall — words just can’t describe it. It’s an honor. This could be one of the last times I can represent my country.

White and his U18 teammates have had quite a bit of success in international play so far. He knows it will take a full team effort in order to bring home a gold medal in Switzerland.

“We need to bare down and get focused,” he said. “We need to get rid of the outside distractions and come together as a team. I’m pretty excited; I know the coaching staff and the guys will be ready to go.” 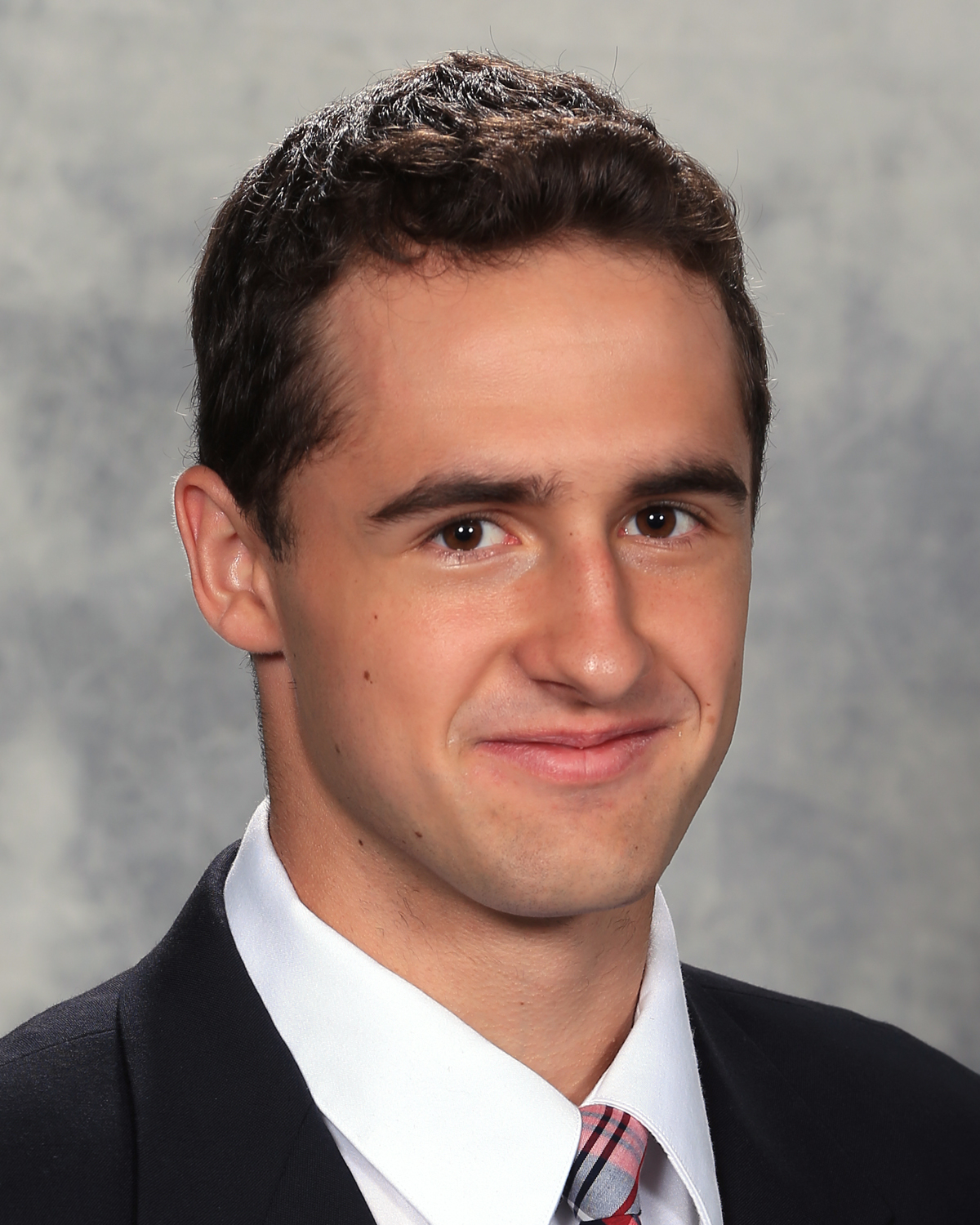 Favorite Show
Two and a Half Men

Favorite Sport (Other than Hockey)
Football