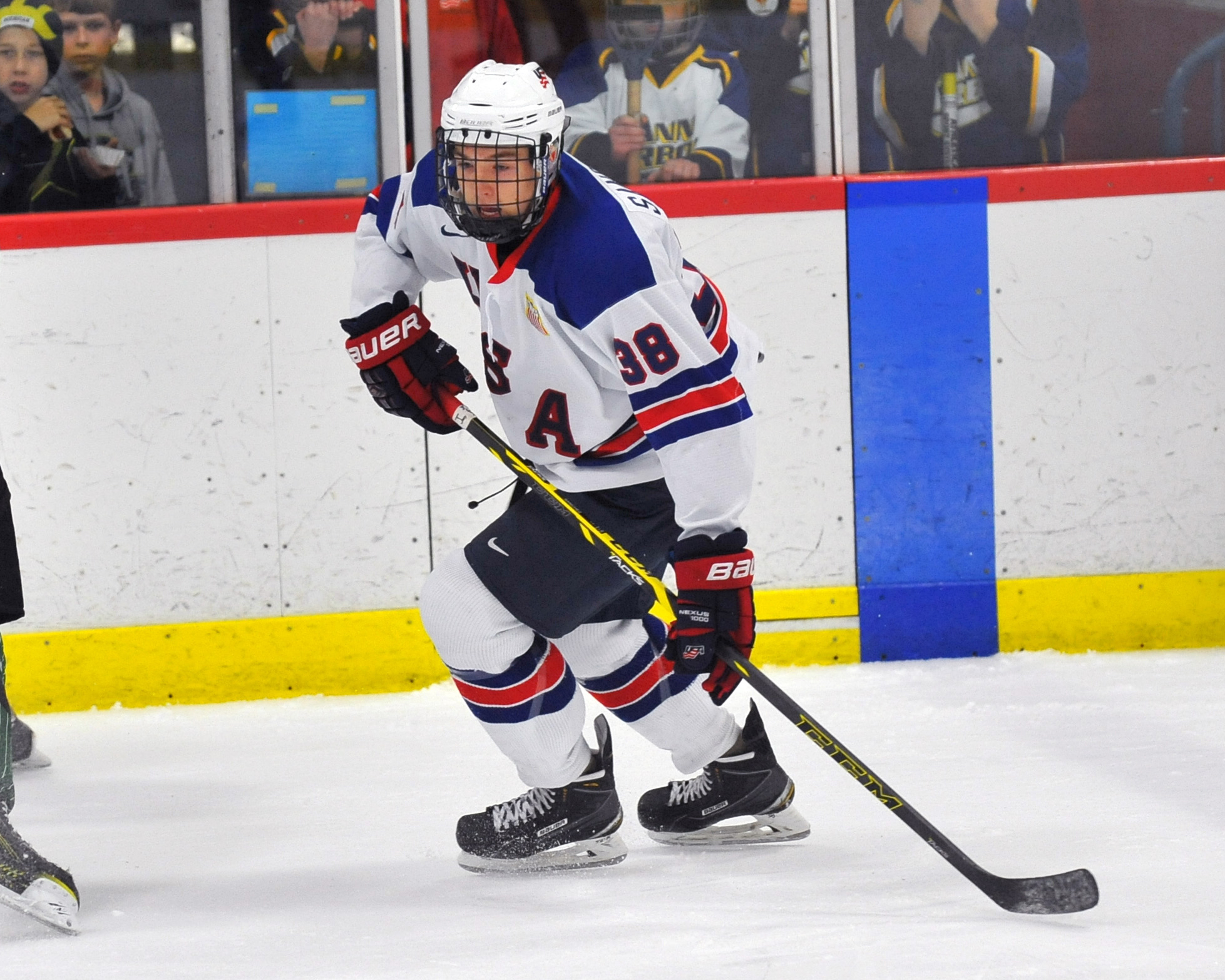 “He got me here. He has been with me since Day 1,” James said of his brother, who is six years older and played in the North American Hockey League from 2010-12. “He fell short as he played in the NAHL. He wants to see me go farther and farther.

“He has been able to come and see me play since it’s just a short four and a half hours drive to Ann Arbor. He tries to come up here the majority of the weekends, otherwise he is watching us on FASTHockey.”

Growing up in Northbrook, Illinois, James Sanchez began playing hockey at age 3, although it took a few seasons for him to find his place on the ice.

“I actually started out playing goalie,” he said. “I was a very average goalie. That was a house league, and luckily we got out of there real quick.

“My dad wasn’t a big fan of me being a goalie. I switched to defense for a few years, then I started rushing the puck and went to forward and stuck with it.”

Sanchez played for the Chicago Young Americans midget minor program last season. When deciding whether he should make the move to Ann Arbor to join the National Team Development Program this season, he looked for advice from Chicago-area NTDP alums J.T. Compher and Michael Mersch.

“[J.T.] told me that it’s real serious and you have to buckle down,” Sanchez said. “It’s not like your AAA team where you can lollygag around.”

Sanchez quickly learned that for himself when he suited up alongside some of the best players his age in the country and began United States Hockey League play.

“It’s a big, big step from last year,” he said. “It’s faster paced and everyone is very skilled. If you are coming from a team where you are the top guy, now you have 22 top guys, and you are right in the mix. It’s where you want to be.”

It helped the transition that the U17 players quickly gelled.

“Luckily, we have a great group of guys in the locker room and everyone is feeding off each other,” Sanchez said. “We are willing to pick up each other. We are all skilled, and we need to continue to get the chemistry, both on and off the ice, and that will help us.”

Sanchez, who is 6-foot-1 and 176 pounds, has tallied six goals and recorded 13 points in 44 games this season. He credits the fast-paced practices that mimic game situations for helping him adapt to the new setting.

“It’s almost like it’s a tryout every day,” he said. “You always have to keep that mindset — this is where you have to earn it.”

That hard work instills a certain pride amongst the players, which is enhanced every time they slip on the USA sweater.

“When you are growing up, you see the USA jersey and you think how cool it will be to put it on,” Sanchez said. “It’s awesome to put it on your chest. It really speaks to you when you go overseas for international tournaments and you are on the blue line and the national anthems are going. You are looking at your guys and seeing the USA, and you know it’s an honor.”

The U17s placed second in all three international tournaments this season.

“It’s the 22 guys coming to battle every day with the workouts and the training,” he said. “We come together and buckle down overseas and we do what we have to get done and stick to the systems.”

For now, Sanchez and his teammates are focused on the end of the season and the transition to the U18 schedule next season. 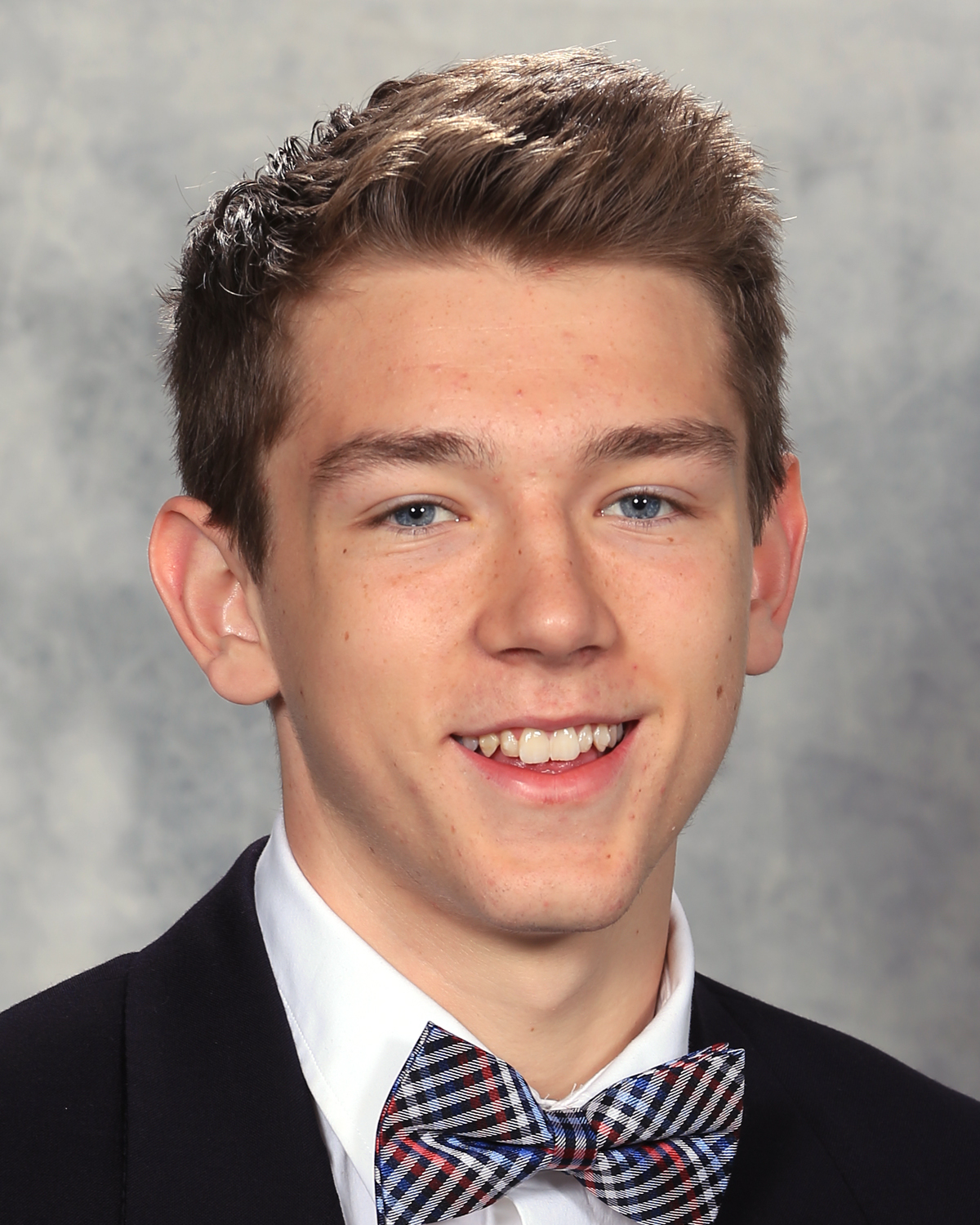