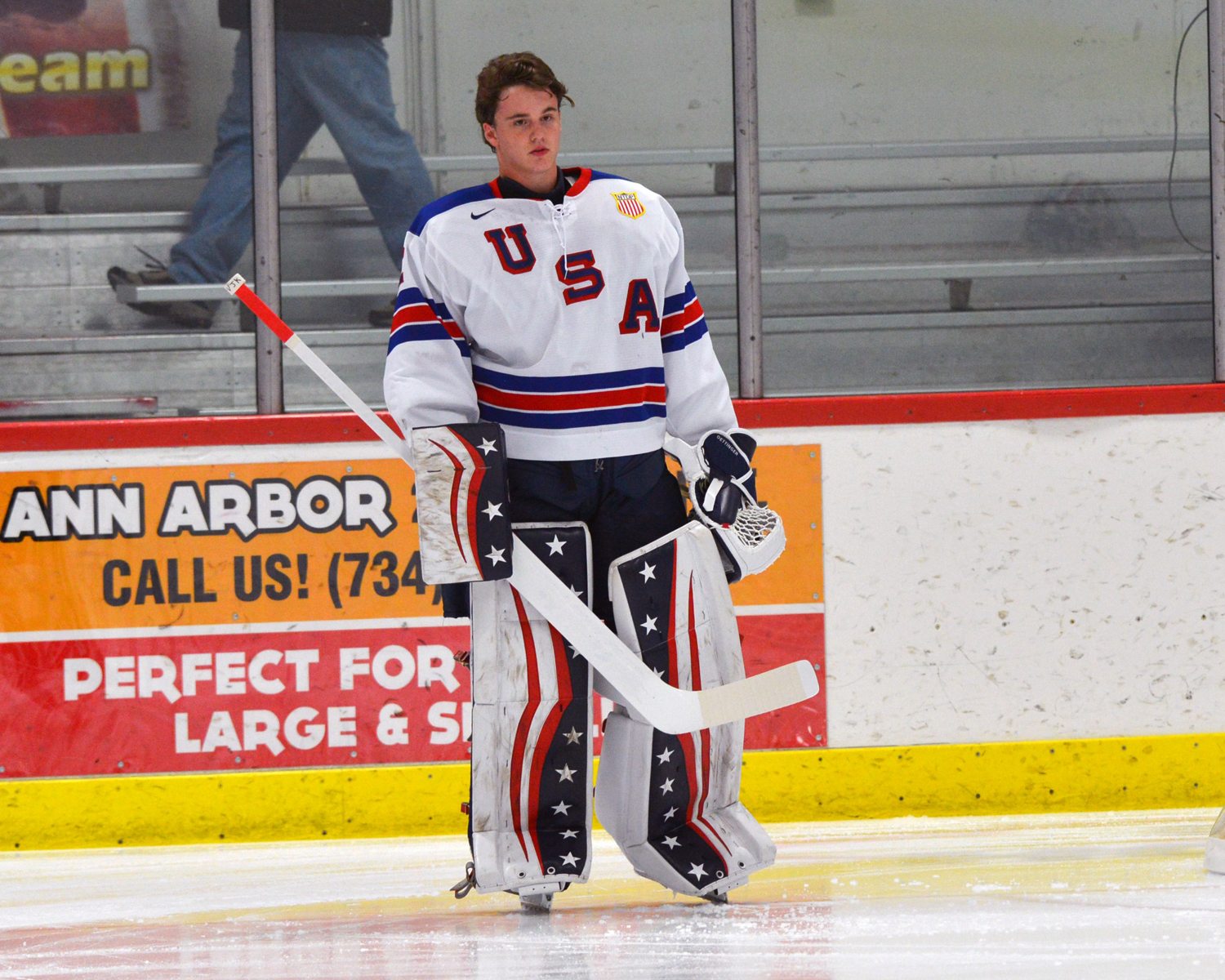 Jake Oettinger's goalie career began with a simple question for his dad.

"Can I try out?" the 9-year-old Oettinger asked.

His father, Chris Oettinger, agreed, and for the next three years Jake rotated between defenseman and goalie. It was around age 12 that he embraced the goalie pads full time.

"I realized I was a little bit better at goalie than defense, so I finally just stuck with it,” he said.

That move is paying off. After leading his Lakeville North High School to the Minnesota Class 2A championship game last year, Oettinger accepted an offer to join USA Hockey's National Team Development Program this year.

“It’s the best thing ever when we are playing overseas against other countries,” he said. “It’s the coolest to be with your guys and represent the United States overseas. It’s really special."

Despite the high level of play in the Minnesota high school league, Oettinger felt a steep learning curve — both on and off the ice — upon arriving in Ann Arbor, Michigan last fall.

“For the first six weeks, it was different getting used to be away from home,” he said. “I have a great roommate and a great billet family. They definitely helped with the transition. The NTDP gives you all the options you need to make that transition easier.”

And then there was the hockey, where Oettinger and his teammates had to get used to playing against older opponents in the United States Hockey League.

“For me, it was more the speed and the pace,” he said. “It’s a lot faster in the USHL than in high school. After a couple of games, I started to get it under control and calmed down quite a bit. It’s been good ever since.”

“We usually have goalie skates once or twice a week, and those help,” Oettinger said. “The pace of practice is way higher than any other pace I have been playing at, so that helps me. You practice with the best kids every day.

“I love a good warm up, especially outside shots. It always helps me to get into a groove in practice.”

Oettinger has grown into a 6-foot-3, 196-pound frame and understands the importance of using his size to his advantage.

"It helps me see over screens, especially on the penalty kill," he said. "I think that helps me the most.”

One thing that hasn’t changed since Oettinger’s early days in the crease is his routine. Every time there is a whistle, he will leave the crease and skate to one side. He has a simple explanation for it.

“For me, it’s more of a calming thing," he said. "I skate over there, and if I made a good save or a good stick sending the puck up into the netting, I get refocused, calm down and come back [into the crease]. I have been doing that pretty much my whole life.”

While the USHL games have been exciting, Oettinger's biggest thrill so far this year has been playing internationally. The U.S. National Under-17 Team most recently placed second at their final international tournament, the 2015 Five Nations Tournament in Russia, earlier this month.

“It was different but a real eye-opener for me to see Russia," he said. "In the game against Russia, they had a guy in the stands with a huge drum, and it was a little scary. It was a good atmosphere to play in and a unique experience.”

His best memory so far was holding down the net for the U17's first USHL win, a 4-2 victory on the road at Dubuque on Nov. 29.

“It was a game where everyone played their hearts out, and it felt great to get our first win on the road,” he said. “I remember everyone was laying their body out and blocking shots. It made it easy for me. We scored a couple big goals, and it was a great atmosphere in the locker room afterwards.”

As Oettinger and his U17 teammates gear up for the stretch run, he is optimistic.

“We have molded together more as a team, and that has helped us,” Oettinger said. “I think we need to stick to the system and keep working the kinks out in practice. Hopefully, that will lead to success the last few games.

“We need to have a good weeks in practice and stay focused. We need to bring confidence into each game.” 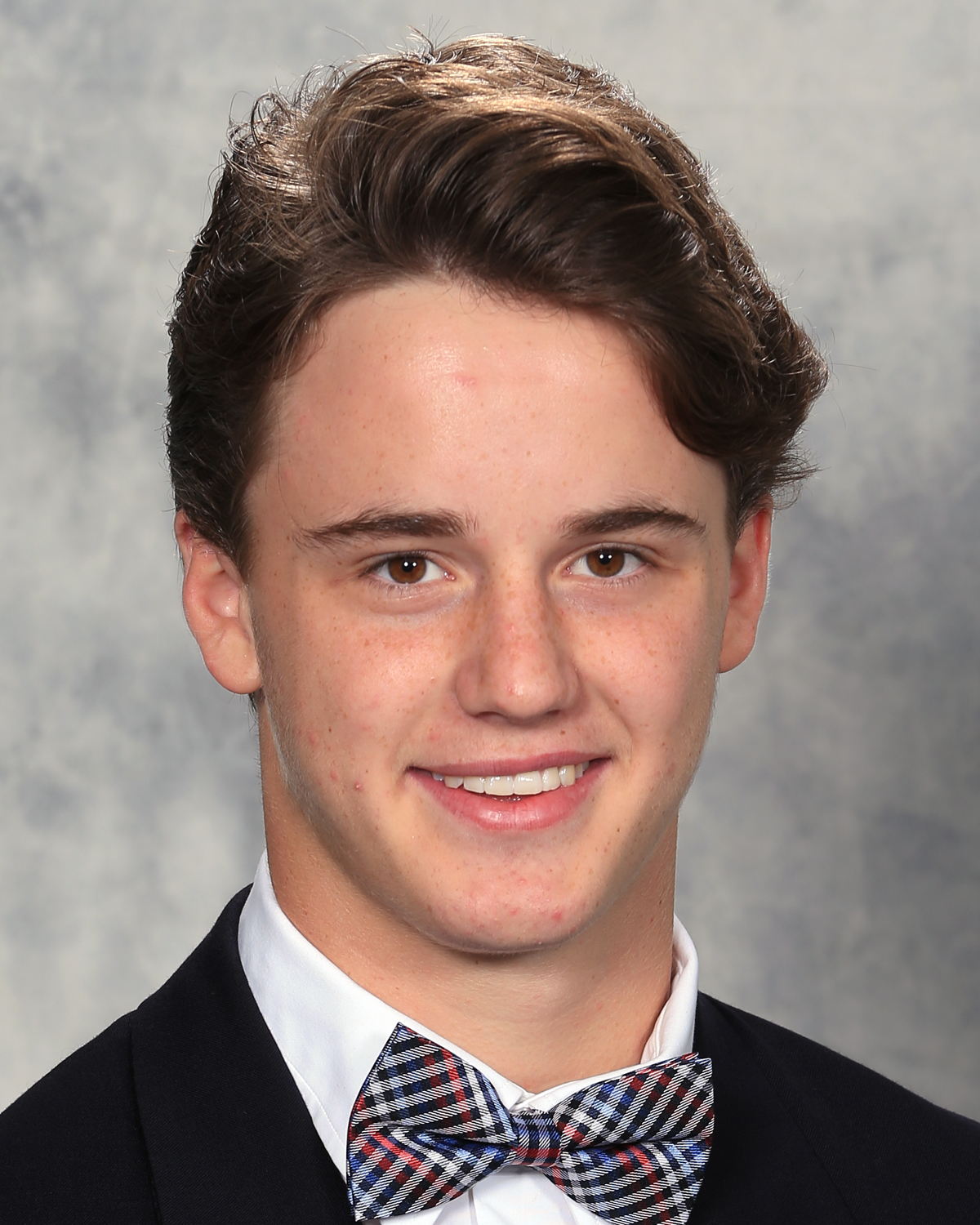 Favorite Activity Away from Rink
Golfing with Friends, Family Time