U18 Defenseman Grew Up Cheering for the Wolverines. 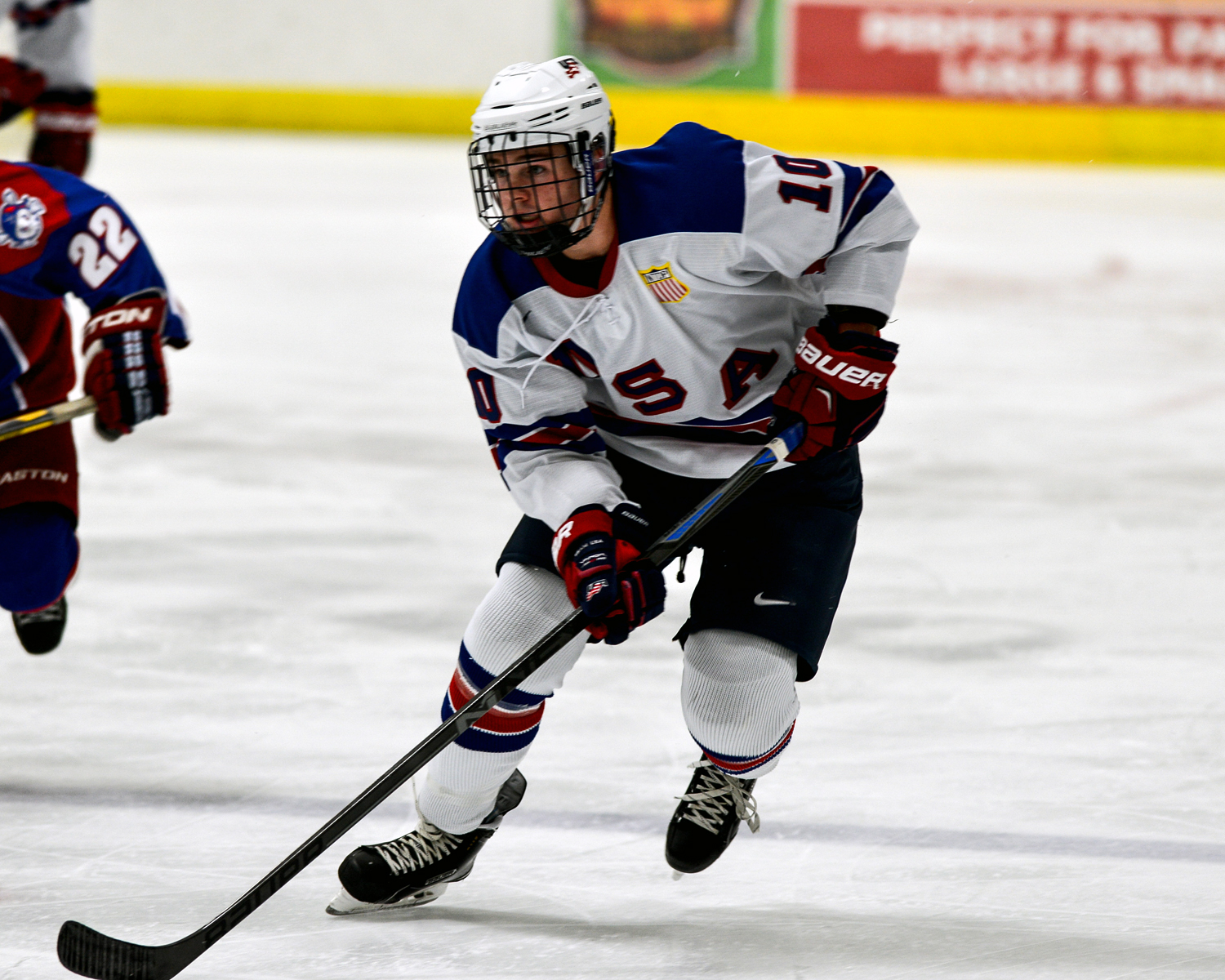 When Nicholas Boka was growing up, his grandparents Noreen and Roger Demont had season tickets to the University of Michigan men’s hockey team.

“We would go to all the Michigan games together,” said Boka, who went to games with them from when he was 1 until he was 11½ years old. “My mom was always telling me that they would take me before I could even walk.”

Boka, now a defenseman on the U.S. National Under-18 Team, will continue the family tradition when he suits up for the maize and blue next year.

“I have a lot of memories at Yost that have developed my love for the game,” said Boka, who grew up in Plymouth, Michigan. “I always wanted to play for the University of Michigan. It’s in remembrance of my grandparents and, hopefully, they will be there watching over me.”

Boka expects to have a leg up on the other incoming freshmen next season, since he’s already played several college games as part of the National Team Development Program.

“It helps a lot,” he said. “I can already tell the difference this year with the confidence that I get when I’m playing against bigger and older players. Going in next year, you have that experience and you can go in there right away and know you have the confidence to play against these guys. It’s takes away from the nerves and pressure.”

Boka missed the U18’s game against Michigan in October due to illness, but beating a future Big Ten opponent was one of his most memorable contests.

“My favorite game was probably against Minnesota,” he said of the 5-4 overtime win against the Golden Gophers on Nov 21. “It was a hard-fought game. It was a big game for us, and they were a good team. That was one of our big wins and one of my favorite college games.”

The 6-foot-1, 197-pound blue-liner has worked hard to develop into a stronger player over his two years with the NTDP.

“Last year was about development and getting a feel for everything,” Boka said. “It has given me confidence. I came in here 10 pounds lighter and not as big or strong; this year, that training has really helped. I have the confidence that I can go into a corner and come out with the puck, and I’m not going to physically get pushed off the puck. The training has helped me with that confidence. The repetition in practice has helped me in games.”

That confidence is key for Boka as he and his teammates head into the climax of their time at the NTDP: the International Ice Hockey Federation Under-18 World Championship in April in Switzerland.

“That is our biggest focus right now and what we are gunning for,” he said. “It’s the intensity in practice. We have that always in the back of our mind. We want to go harder in practice because we want to win a gold medal. It’s brought up a lot, and it’s pretty obvious that is what everyone wants.”

The U18s have already had their share of success in international play. They won four tournaments and placed second at one. Boka credits the coaching staff and players for that success.

“It has to do with our coaching staff and all the guys buying into what we want to accomplish, whether it is internationally or in a regular game,” Boka said. “The pride that comes playing internationally is important, too. When you play against Russia or Sweden — you grow up watching the Olympic Games, and you know you want to beat these guys.”

Those feelings are all part of the NTDP experience.

“To walk into practice and see the USA crest on a practice jersey and look around the room and see the American flag and crest on the floor in the locker room, it’s special to see where you are at right now,” Boka said. “It’s hard not to look back and realize what has gotten you there. It’s something that keeps you going every day.” 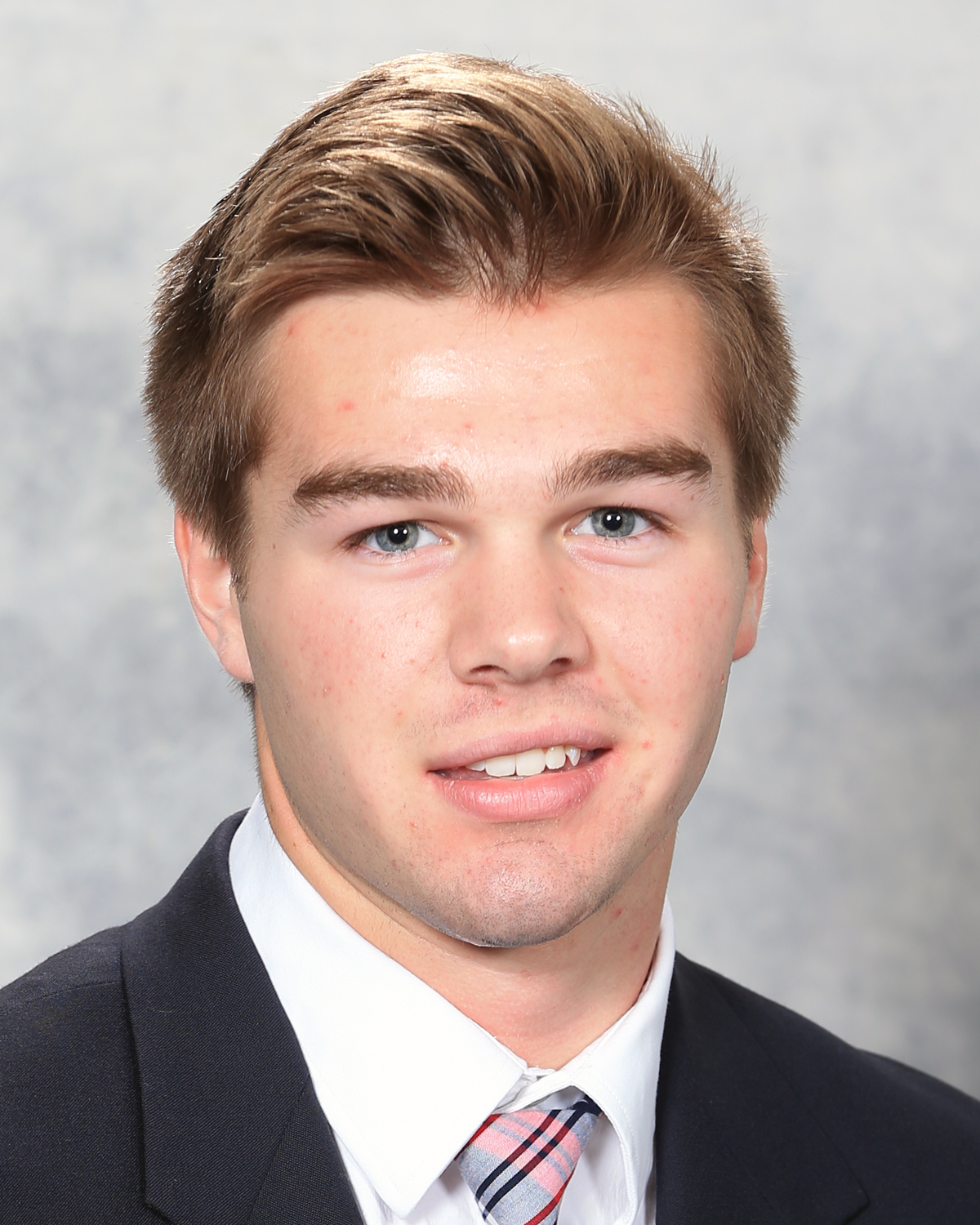