Masonius Had a Cheering Section of Close to 70 People at USHL Atlantic Challenge. 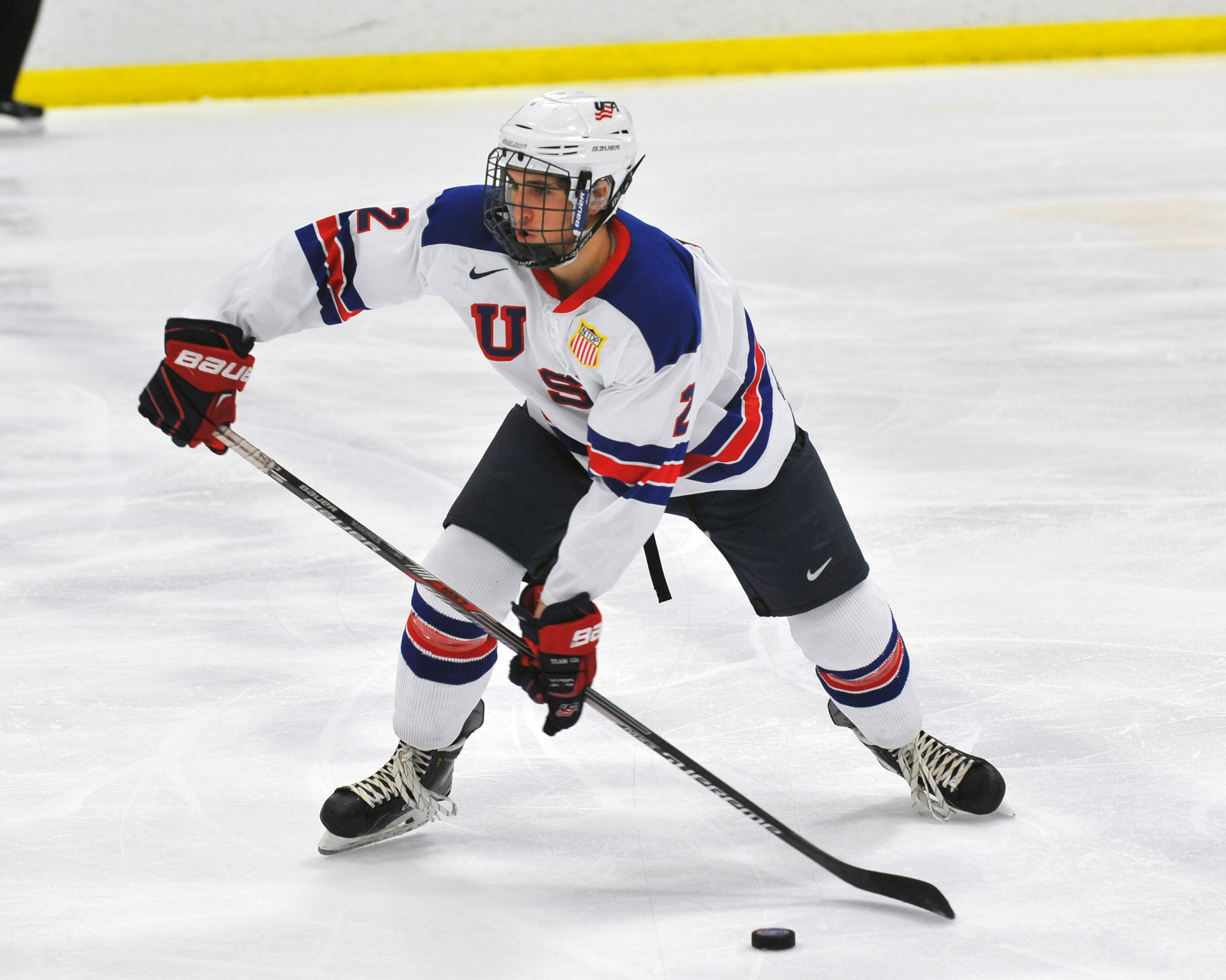 The Joseph Masonius cheering section at the United States Hockey League Atlantic Challenge was hard to miss. Close to 70 people showed up to watch Masonius, a defenseman on the U.S. National Under-18 Team, at the event Sept. 5-6, in East Meadow, New York. Among them were Masonius’ nine siblings, his parents and grandparents, his cousins, his girlfriend and some other friends.

“It was cool,” said Masonius, who grew up in Spring Lake, New Jersey. “A bunch of people texted me to let me know they were coming to watch me. It was nice because my parents are so busy with all the kids, so it’s really hard for them to come out to see me play.

“My sisters haven’t seen me play in a long time. When I played back home, I still played an hour away, so they didn’t get to see me play too often. It was a relatively close game, even though it was still an hour and half away from my house. It was cool during warm ups to watch my siblings and see them through the glass. It was nice knowing that I could see them after the games and not having to call them.”

When on the ice, Masonius knew he wasn’t just playing for himself.

“To me, it’s really important since they haven’t been able to see me wear the USA jersey,” he said. “When I came out here [to Ann Arbor, Michigan] to try out, it was just my dad and I. My dad has been out here a few times, but my mom hasn’t yet. But she and my oldest brother are coming out in March.

“I remember my dad told me that you can say you played for the United States of America. It’s such a tremendous honor. To play in front of them and see what they thought of it, it was a cool experience.”

Leaving the comforts of tight-knit family and moving halfway across the country last year was difficult at first for Masonius. However, he was able to turn his older sister, who lives in California, for some helpful advice.

“My youngest sibling just turned 7, and I’m realizing that they are growing up,” he said. “My little brother Christian is in the sixth grade. You text them and call them to see what is going on.

“It’s the same with me with my older sister. Last year, we would talk a lot about me leaving home, especially when I was sad. You get homesick sometimes. It’s so important for me to take my experiences and help my younger siblings.”

For the 6-foot, 180-pound blue-liner, his confidence has risen greatly in his second season with the National Team Development Program.

That has shown as Masonius has scored six goals and collected 19 points in 38 games this season.

Developing that chemistry with his teammates has been fairly easy, Masonius said, since the players are together almost every day in school and at the rink.

“Being with everybody every day is how we have developed that chemistry this season,” he said. “We go to school with each other, and I have class with most of them. I have at least one, two or three of my teammates in every one of my classes. We come to the rink for four hours per day.

“Outside of the rink, [Steven] Ruggiero, [Tage] Thompson, [Michael] Lackey and I play Xbox all the time and go to movies. We called it ‘bro dates.’ We have good chemistry as we hang out more and more.”

Masonius and his U18 teammates will get plenty of quality time together this week as they head to the 2015 Five Nations Tournament in the Czech Republic. It’s the squad’s second international tournament of the season and the final one before the U18 World Championship in April.

“As a whole, it’s a good opportunity to send a message to the international teams for worlds,” said Masonius, who will go to the University of New Hampshire next season to play college hockey. “Individually, it is going to show how you are going to play, because you want to make the worlds team. It’s a really big tournament. I’m looking at it as a tryout, just as I do every day. I think the guys know we need to get focused.” 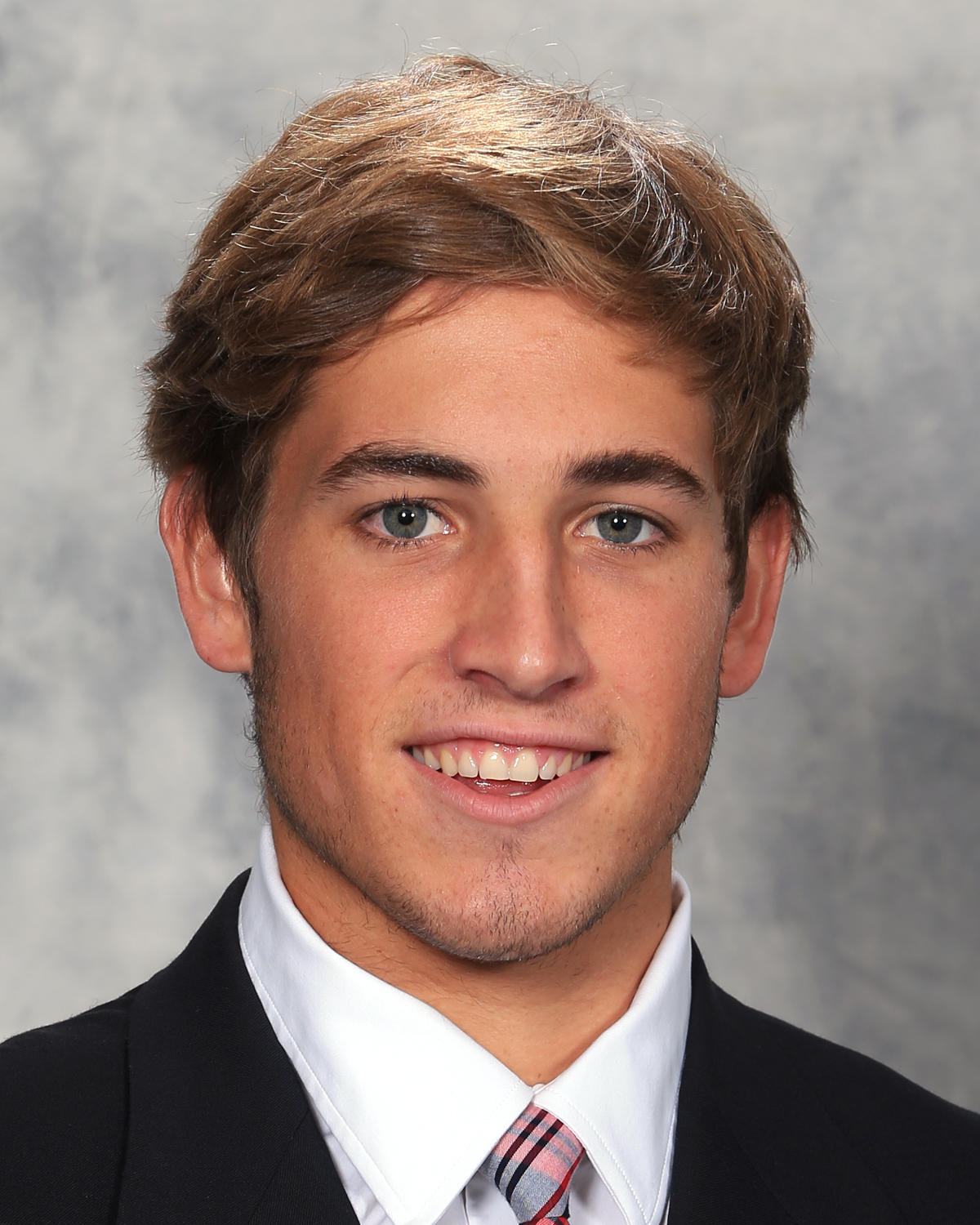