Stronger Michael Floodstrand is Shining for Under-18 Team

U18 Forward Added 35 Pounds This Offseason and Gained Confidence On the Ice. 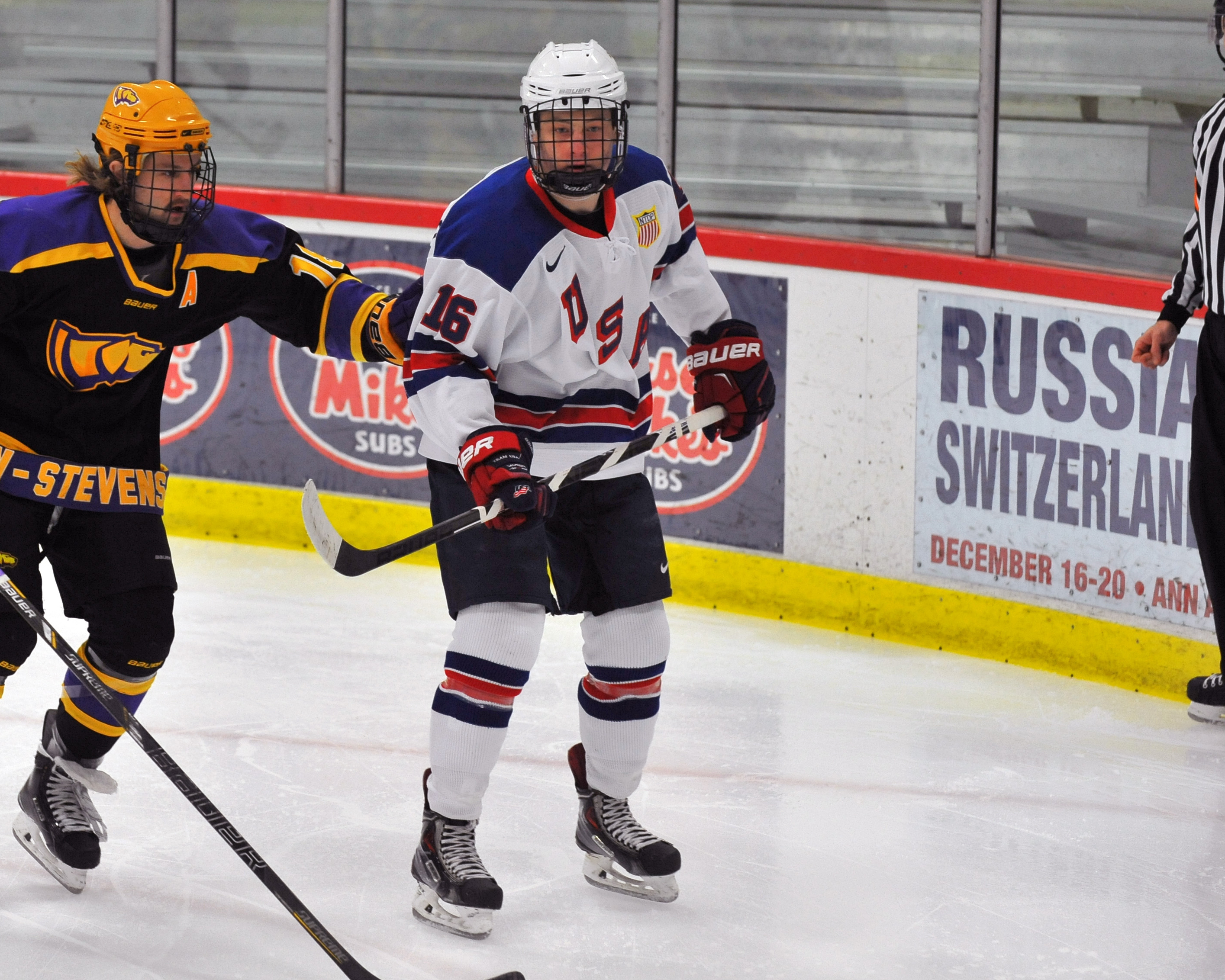 An added 35 pounds has made all the difference this season for U.S. National Under-18 Team forward Michael Floodstrand.

One year after registering eight goals and 18 points with the U.S. National Under-17 Team, Floodstrand already has four goals and 15 points through 31 games this season with the U18 team.

“I was 145 pounds coming in, and I’m about 180 right now,” said Floodstrand, who is 5 feet 11 inches tall. “It’s about 35 pounds more, which is a lot compared to other guys. I had a really big jump. I was really small coming in, so I definitely had room to grow.”

Make no mistake, those 35 pounds did not come from eating donuts and ice cream. Floodstrand worked closely with National Team Development Program strength and conditioning coach Darryl Nelson during his first season in Ann Arbor, Michigan, and that training gave Floodstrand a strong foundation on which to build muscle over the summer at home in Hinsdale, Illinois.

“I did a mixture of workouts that Daryl gave us and workouts with my trainer back at home over the summer,” said Floodstrand, who trained with NTDP teammate Christian Fischer over the summer. “I did a lot of on-ice training, skating three times a week trying to stay in shape and practice skills. It’s all about maintaining your skill and trying to work on little things.”

Of course, succeeding in the United Stated Hockey League takes more than just the physical skills. Floodstrand said the NTDP coaches have helped him become more confident and also smarter on the ice.

“Every one of our drills has set for a specific reason,” he said. “Every drill there is a small aspect or a small detail that we have to do, whether it is tying to draw a defenseman to you to throw the forward the puck or be on the back side of somebody to try and get the puck and find your teammates. Every drill [coach Don Granato] does in practice is just a small piece of the puzzle. He’s helped us a lot.”

As Floodstrand and his teammates have improved individually, they’ve found more success on the ice, including wins over the University of Minnesota and the University of Wisconsin. The U.S. players are hoping those wins will help prepare them for the 2015 Under-18 Five Nations Tournament next week.

“Anybody can play against teams that are not as good as you, but when you are playing guys that are bigger than you, faster than you and stronger than you, it makes you do things you are not comfortable doing or have to play to a tempo that you are not used to doing,” Floodstrand said. “That’s a big advantage for us. So when we go overseas and play on the ice against guys who are your own age, it feels a lot easier, and you seem to have more room.

“The experience of playing against college teams — most of us are going to college hockey next year — that is a huge advantage for us when we already have 20 college games under our belt when we step in as freshman. Those are the most fun games to play in, definitely, being in the college atmosphere.”

Recently, Floodstrand had an opportunity to work with the Ann Arbor Hockey '03 Wolverines, practicing with the team and running drills.

“It was awesome,” he said. “When you are a young guy, at that age, I can remember when the big guys came out onto the ice and were good hockey players, you idolized them. It’s really cool for us to finally be in those shoes. It’s really special when you get to see younger guys go out there, playing the game that you grew up playing. There are just at the start of their journey.”

Following his days with the NTDP, Floodstrand will head to the Harvard University, where he will continue to play hockey.

“I visited Harvard and I did have other options, but once I was there, I knew I wanted to go there right away,” he said. “Academics is important, and I try to keep my studies up and do as well as I can there. I would say the most important thing to me was the coaches and the traditions at Harvard. I felt comfortable — that was really it. 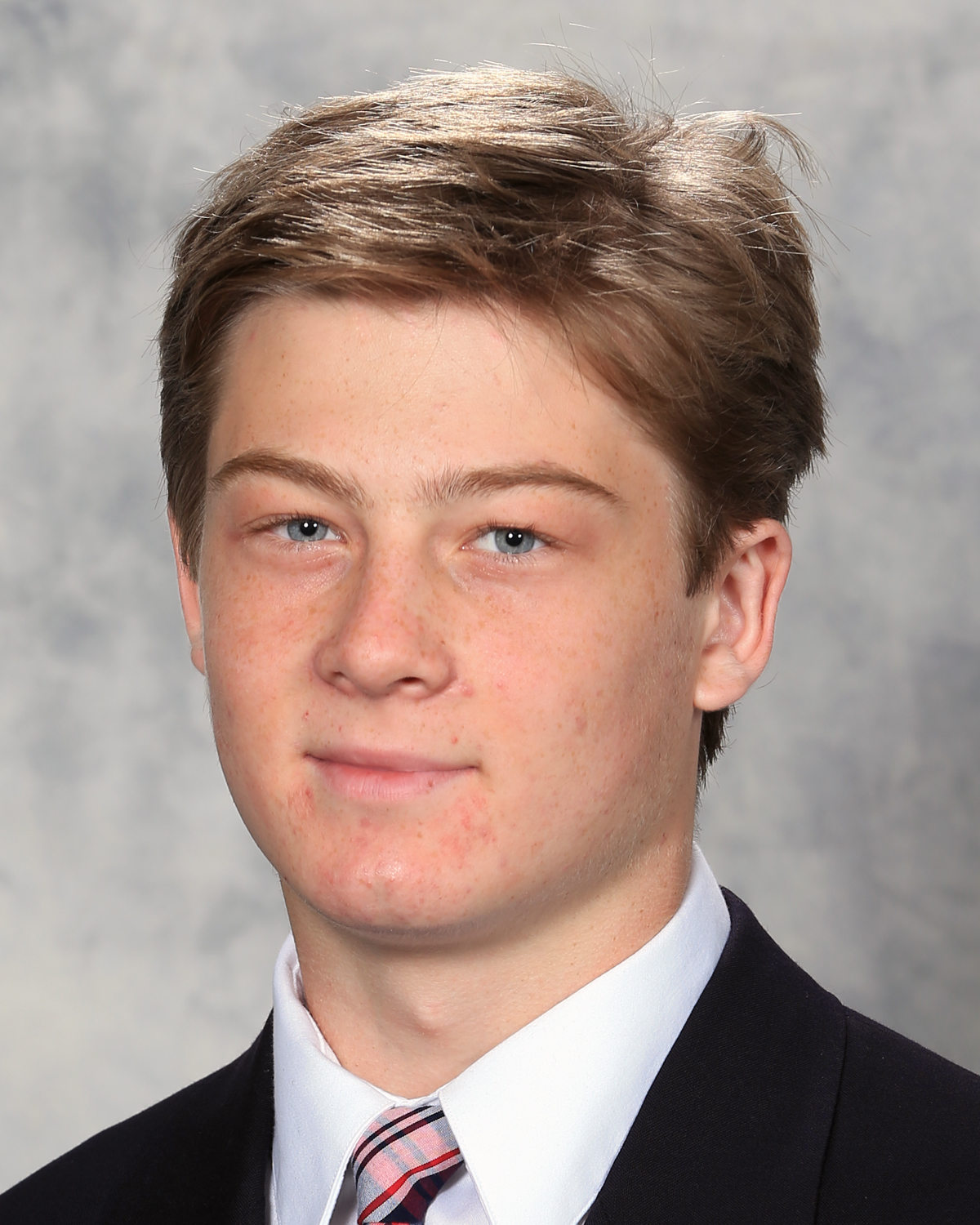 Favorite Activity Away from Rink
Hanging Out with Friends