U17 Defenseman First Earned His Stripes Between the Pipes. 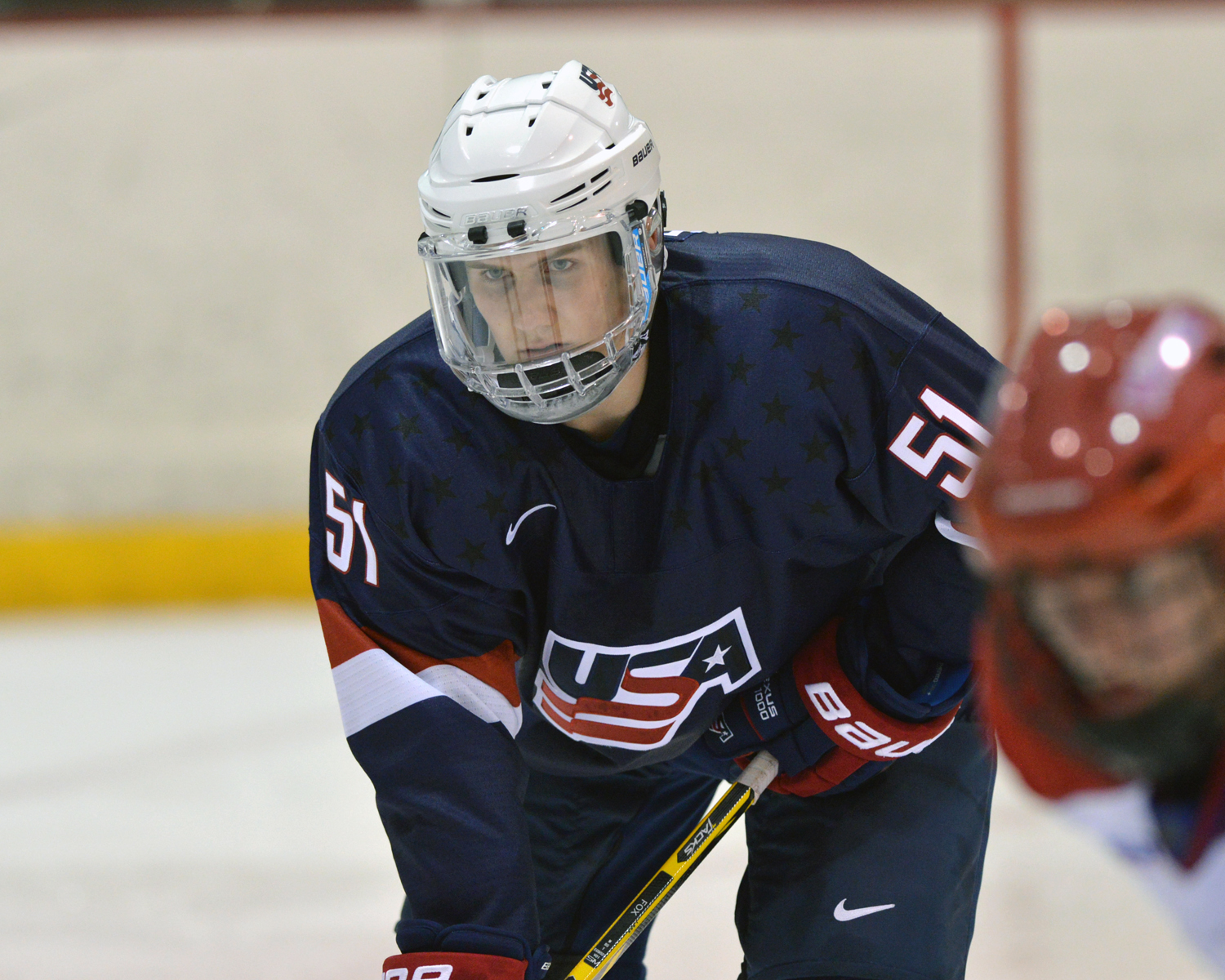 Adam Fox spent hours and hours playing roller hockey in his basement growing up. There was just one problem -– he was always forced to man the nets.

“We would play for hours and hours in the basement – my brothers, my cousins and I. It was a good way to get me into it,” said Fox, a U.S. National Under-17 Team defenseman. “I had a roller rink in the basement that my dad got for me. My dad loved ice hockey and he just got me into it. My brother was playing so it was good for us to play.

“They made me play goalie. They would fire the pucks at me and as a little kid it wouldn’t bother me. I never wanted to be a goalie; I always wanted to be a forward but I ended up on defense in real hockey. It turned out to be pretty good.”

The Jericho, New York, native grew up playing ice hockey with current U18 forward Jeremy Bracco (Freeport, N.Y.). Their families were close and spent plenty of time together.

“We always played together growing up – from when I was five and he was six,” explained Fox. “We would skate at the local rink together and skate on the local teams. We grew up about 15 minutes apart. His dad owns a seafood restaurant so my family would always go down there and eat and we would go there to watch the Super Bowl and hang out. We have been close for a long time.”

It should be no surprise that Bracco and Fox are connected when it comes to the blue line.

“Jeremy Bracco and I originally played forward together. This one coach we had put both of us back there. For me, it just stuck and he moved back up to forward,” remarked Fox, a 5-foot-10, 167-pounder.

It was no surprise that Bracco was one of the first people to call Fox after Fox made the National Team Development Program.

“He was really excited and called me,” said Fox. “He wanted us to live together but it was a little tough since he was on the other team.

“He told me nothing but great things about the program. He told me if you are able to make it, it’s the place you have to be. It’s great for development and overall -- you become a better player and person here.”

Fox has appeared in 33 games this season, tallying three goals and 21 points. The transition from midgets to the United States Hockey League (USHL) can be challenging but leaving home was the toughest on Fox.

“I never played anywhere other than my hometown. I expected to leave some day but it’s a little tougher than you think,” he said. “The transition has been good. My billet family is great and the kids on the team are good too. There is a lot of camaraderie here.”

He credits the coaching staff in helping his game grow since the beginning of the season.

“Overall, I’m becoming a more complete player,” Fox stated. “We are working on the defensive aspect, knowing when to jump into the rush and when to stay back. They really help you with understanding where you need to be on the ice.”

U17 assistant coach John Gruden works with the blue-liners in helping them develop their skills. For Fox, he credits the detailed aspect of practice that

“He is helping make us better players and working on the defensive aspects without taking away the offensive game,” said Fox. “It’s really good to learn from him and you can’t help but talk a lot away from it.

“He is very detailed and he looks at the little parts of my game to help make me the best overall player that I can be. We have meetings with him when he feels it’s important to tell us something. He is really honest and lets us know when things are good or bad.”

Fox and his teammates play a two-game set this weekend (Jan. 24-25) against the Bloomington Thunder before heading into their final international tournament – the Five Nations Tournament in Russia the first week in February. The U17s will face Russia, the Czech Republic, Sweden and Finland.

“We have had some tough losses in international play; we have played good throughout and then we lost to Russia a few times,” he said. “We have become a lot better team since the beginning of the year, especially chemistry-wise. We have to stick to our systems and we have been working hard; hopefully it will turn out well if we continue to do that.”

For Fox that means representing his country, wearing the red, white and blue sweater with the Team USA crest.

“It’s the best feeling. You are representing your family, your country, and your coaches. There is nothing better than putting it on,” he said. 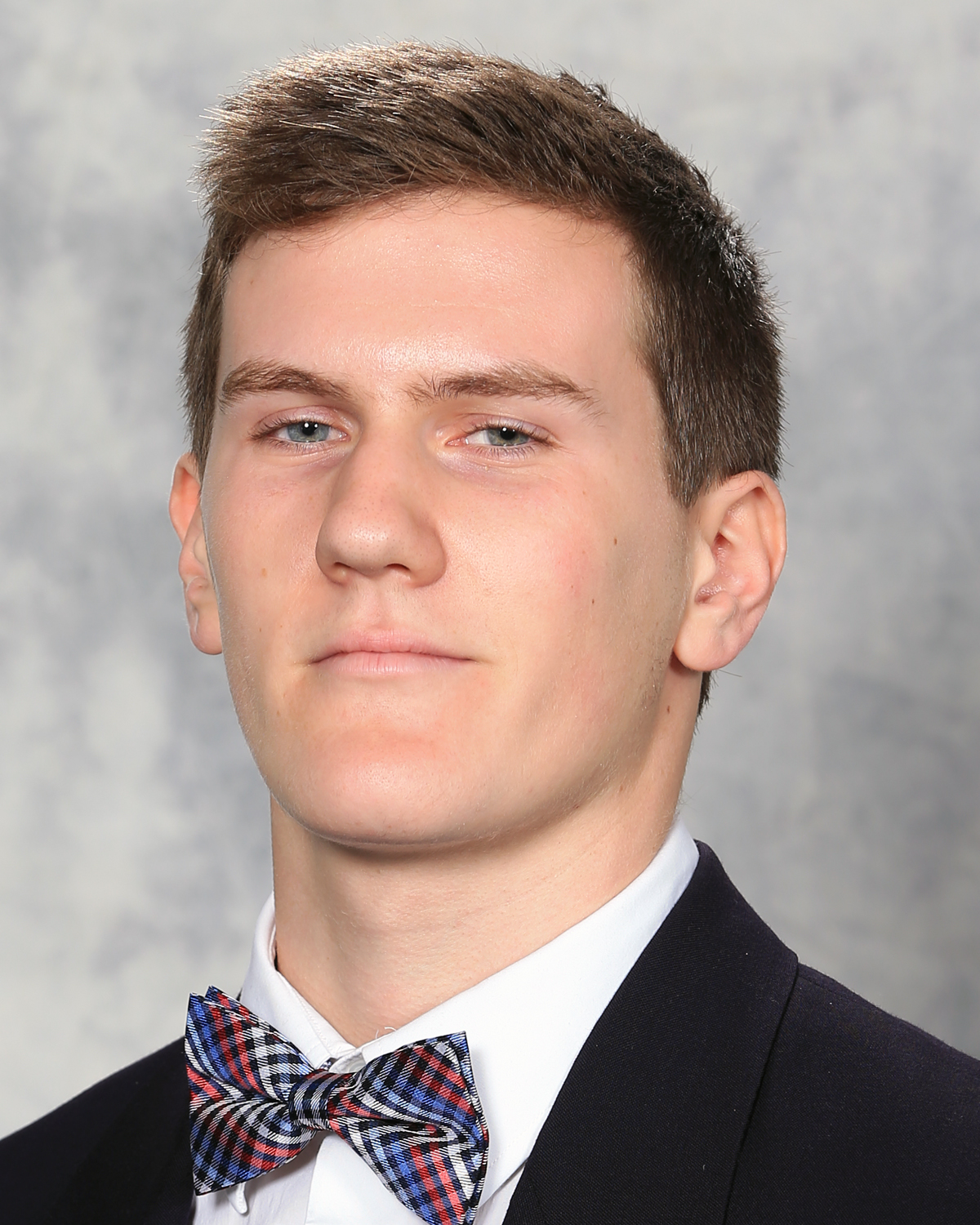