Christian Evers Gets North Dakota Preview with the NTDP

Evers Got a Taste of the Future When Team USA Played UND on Jan. 3. 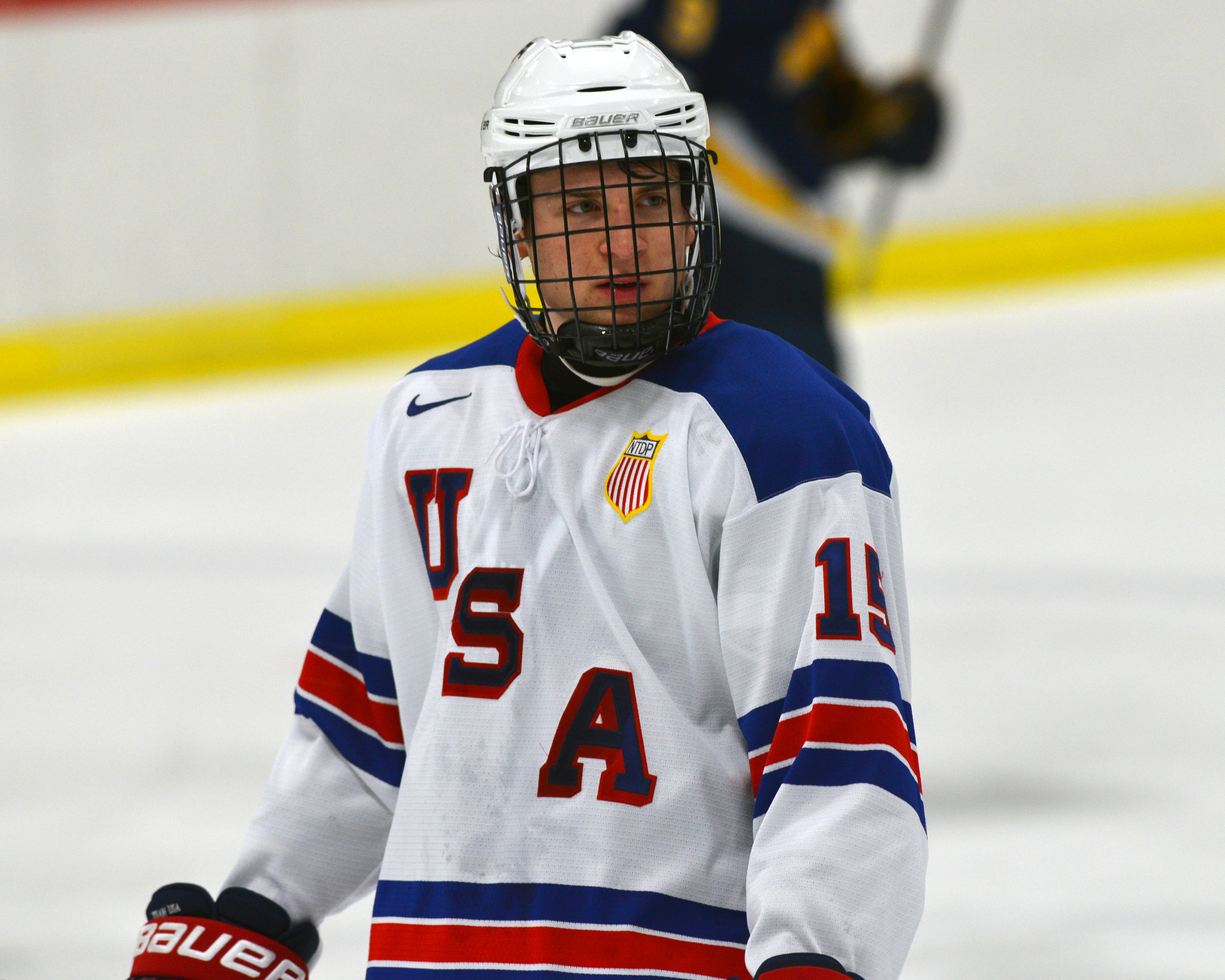 Not many athletes commit to a college hockey program and then get to play against that program in a competitive setting.

For U.S. National Under-18 Team defenseman Christian Evers, that’s exactly what he did on Jan. 3, 2015, when Team USA went to Grand Forks to play the University of North Dakota.

“It was a lot more than I expected playing in that type of atmosphere with the fans getting into it,” he said. “Since it’s where I’m going to go, it was a great experience for sure. It definitely helps, and I get better experience before going in. I will have that extra over the other incoming players, just knowing how to play against Division I teams.”

The Waukee, Iowa, native had an opportunity to bond with some North Dakota fans, even as Team USA dropped a 7-2 decision.

“Their students were still on break, but their fans were good,” he said. “There was this guy who was actually here in Ann Arbor. I think he is the sign language teacher. We had this conversation through writing, just right outside during warm-ups when I was skating around. He was right up in the front, giving me the thumbs up and banging on the glass. That was something special. To have that connection with one of the fans before I even go is definitely something special.”

Plus, a few of the current UND players offered some words of encouragement.

It was an easy choice for Evers to select the UND as his college selection.

“Their facility is top of the line, and the coaching staff is right up their too, producing NHL players year after year,” he said.

Evers said he is confident he’s ready to take the next step in his career, thanks to the growth he has made at the National Team Development Program. The 6-foot-2, 206-pound player recently watched video from his early days at the NTDP and was shocked.

“It’s incredible how much my game has grown. Just coming in for the one year how much improvement you can see,” he said. “We watched video from the 40 camp, and we were just shocked. We thought we were good back then, and we were looking and it’s just crazy to watch the film side-by-side on just how much we have developed.”

Evers said he grew a lot during the sink or swim U17 season.

“Having that experience being here the first year, and coming in the second year, you know what to expect, at least in the USHL,” said Evers, who has two goals and seven points through 35 games. “You know the teams and know the compete level, night in and night out.”

Playing the college games also has helped in his development on the ice, Evers said.

“You have to be able to elevate your play just that much more,” he said. “Going against college teams, it’s bigger and stronger guys. Most of them have been there for a couple years, and you definitely have to learn how to play in those games. You make a mistake in college, and they will definitely score on you.”

It should be no surprise that the North Dakota game ranks as his favorite, but his second pick would be the 5-4 win over the University of Minnesota on Nov. 21.

“Beating Minnesota in their own rink, since North Dakota has a long-standing rivalry with them, was definitely my No. 2,” he said. “I just remember, Minnesota scored, and they scored again on a fluke goal. Going into the second and third, we knew we had to elevate our play, and once we picked it up they couldn’t catch up to us. We were all over them the rest of the game. We won in overtime.”

Evers had an opportunity to skate at the 2014 CCM/USA Hockey All-American Prospects Game in Buffalo, New York, in late September. It was another unique opportunity for him and gave him a “taste” of what life is like in the NHL.

“It was something special to be picked out of the all the players in America,” he said. “I never really had played in a game with NHL camera crews and reporters walking around. I had never played in an NHL rink when it was full, so it was definitely a good experience to play in a big game like that.

“It was fun. They took us around to all the facilities; it was incredible how nice it was. It was cool how they had one designated room for hot tubs and cold tubs. It was an NHL facility so it was top of the line.” 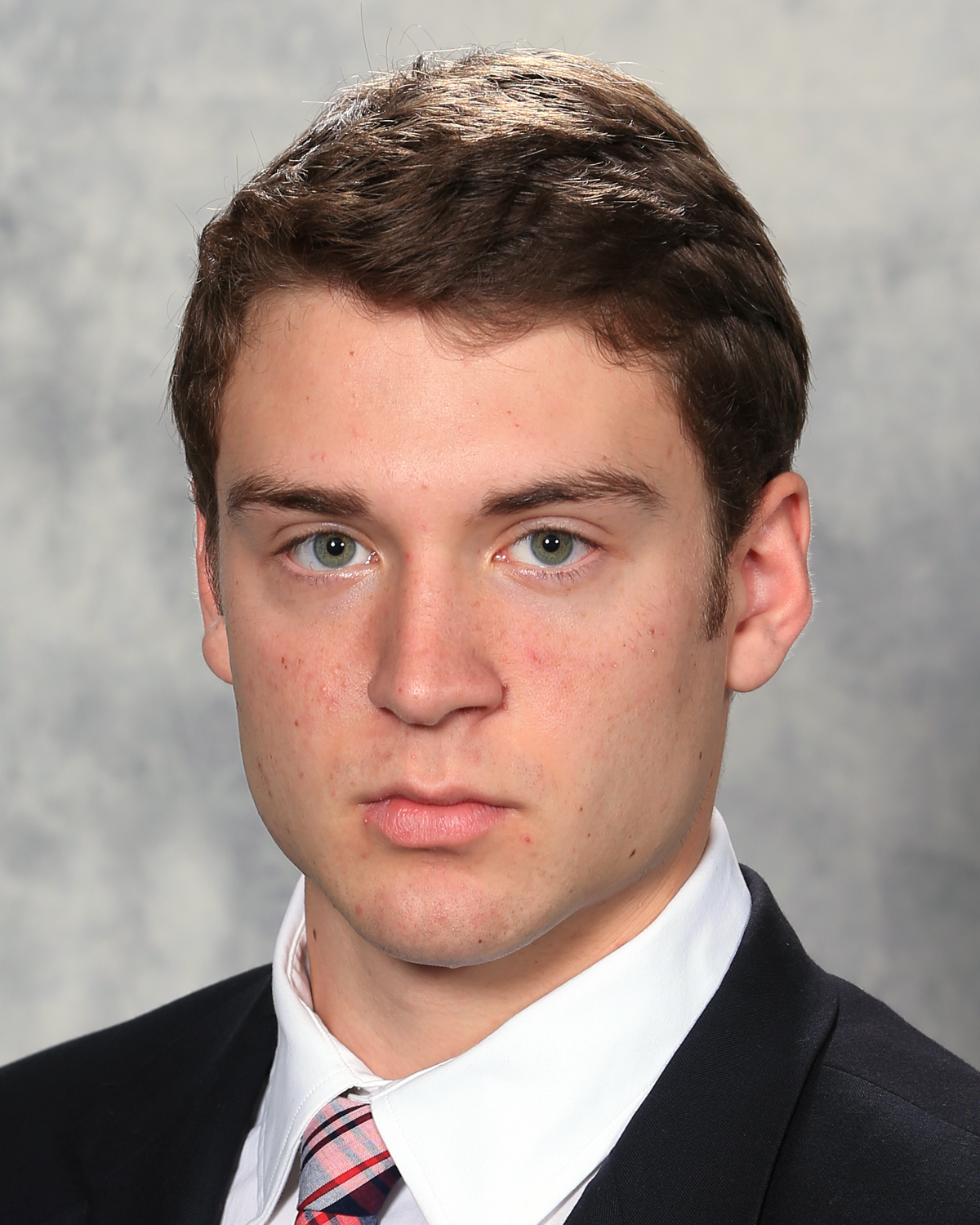