NTDP Forward and Brother Mikey Will Play Together Again at UMD. 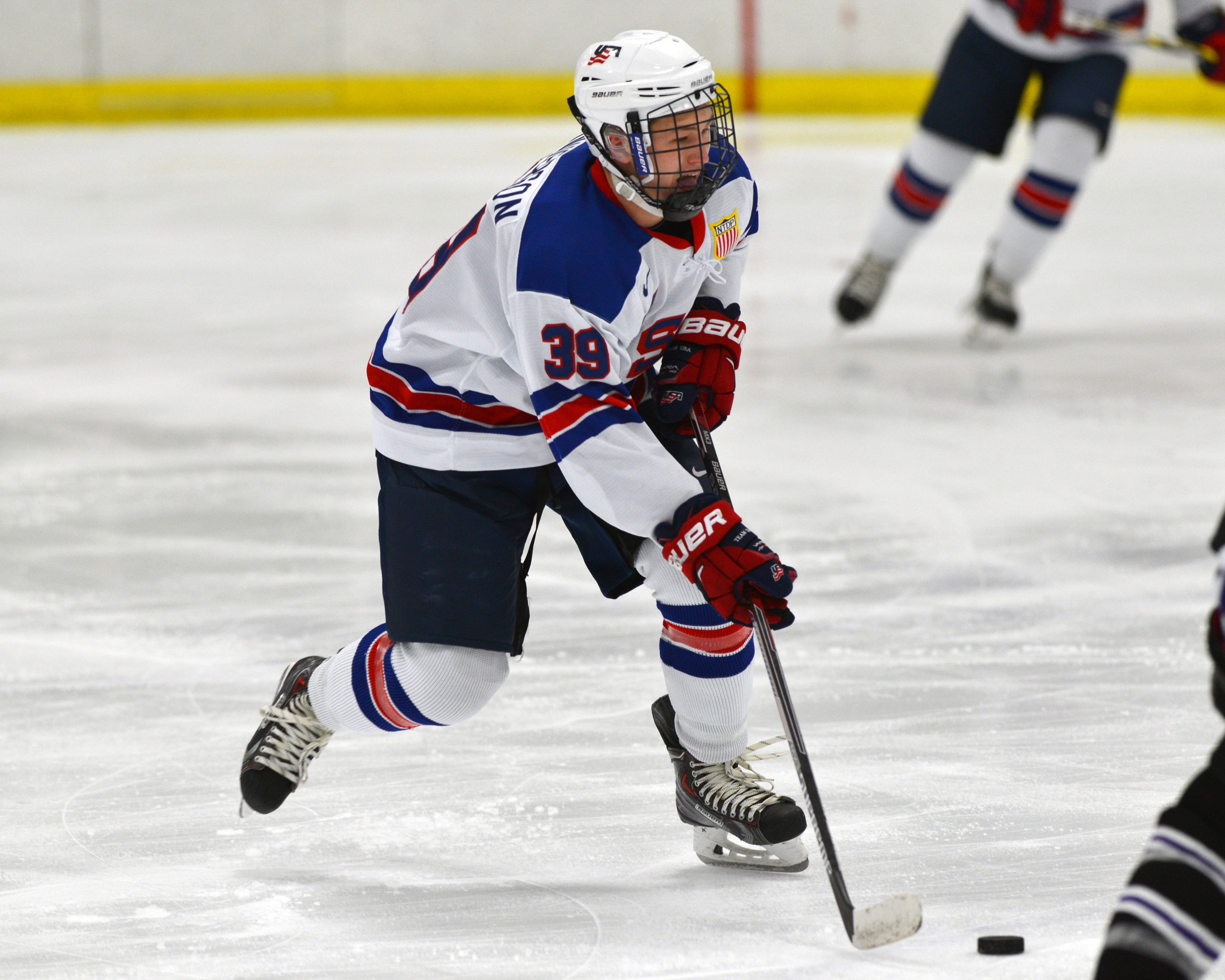 Joey Anderson is two years older than his brother Mikey. So growing up, the two brothers from Roseville, Minnesota, would play on the same hockey team every other year, when they were placed in the same age group.

In August, Joey Anderson arrived in Ann Arbor, Michigan, to begin his two-year commitment to the USA Hockey's National Team Development Program. But when that wraps up, he plans to play with his younger brother one again, this time for the University of Minnesota Duluth Bulldogs.

“My dad is from Duluth, and we go up there,” said Joey, whose family attended a few UMD games each year when he was growing up. “I know the coaches up there really well. We knew Coach [Scott] Sandelin growing up. He is a great guy, and I just felt comfortable there. I love the town and I want to live there.

Hockey has always been a family game for the Andersons. Mikey, Joey and older sister Sami all played — and their dad, Gerry, often served as their coach.

Gerry, who played collegiately at the College of St. Scholastica in Duluth, Minnesota from 1987-88, had a huge influence on his kids.

“He loved to have us playing, but he never forced us to do it,” Joey said. “He encouraged us to do what we wanted. He would have been fine if I dropped it and did something else. He tried to help us in anyway he could.”

Needless to say, Anderson stuck with the sport, and his father’s advice has helped him thrive midway through his first season with the NTDP. The 5-foot-11, 189-pound forward ranks second on the Under-17 squad with 14 goals and 26 points through the first 29 contests.

“The transition wasn’t too hard,” he said. “The practices here really helped adjust to that pace. The battles were really good. When you are training the same way, over and over, and go out to the games and you keep doing what you are doing, it made it easy.

“The stick-on-puck drills really help. You get to go on defense and offense in those, and it helps you when you are playing defense. No matter where you are on the ice, you always are closing on guys. That is how you want to close. They put us in different types of situations in practice with those kinds of drills where you have to do that, and it translates to the game really well.”

Anderson also took some advice he received to heart to help in that transition.

“Use the resources. Everybody here has great information and knowledge to help you. You should soak it in,” he recalled.

Anderson and his U17 teammates are coming off a two-game sweep of Green Bay this past weekend — the squad’s first United States Hockey League sweep of the season.

“Everybody was feeling great,” Anderson said. “On Saturday, we probably didn’t play quite the way we wanted to, but we were able to piece together a win and kept battling.

“I think it is going to be great going forward and we can build off of it. We realized just is what we need to do every weekend — how we approach games and continue to work at that. We love the results and want that feeling again.” 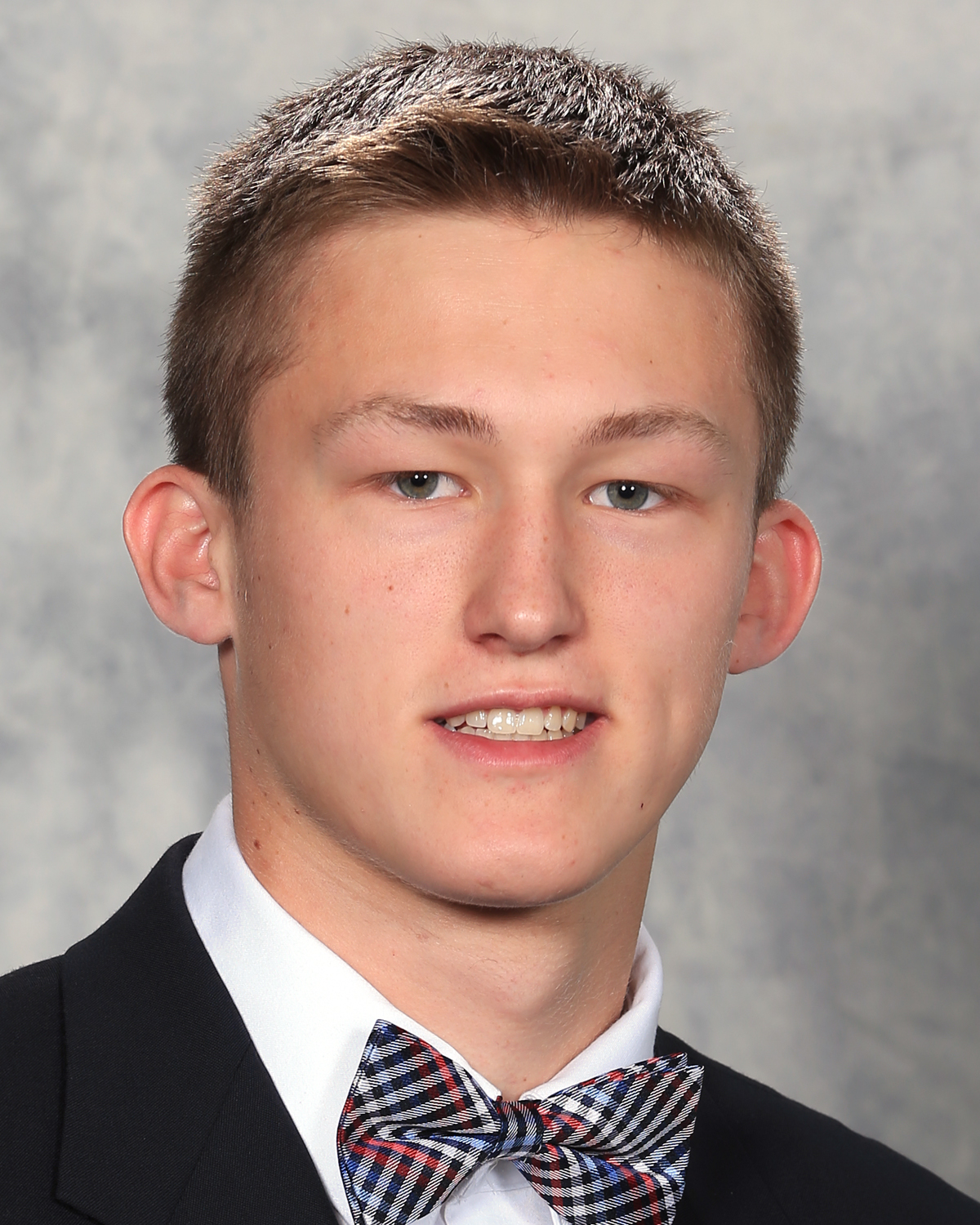 Favorite Movie
The Other Guys

Favorite Pump-Up Song
"Have a Nice Day" by Bon Jovi