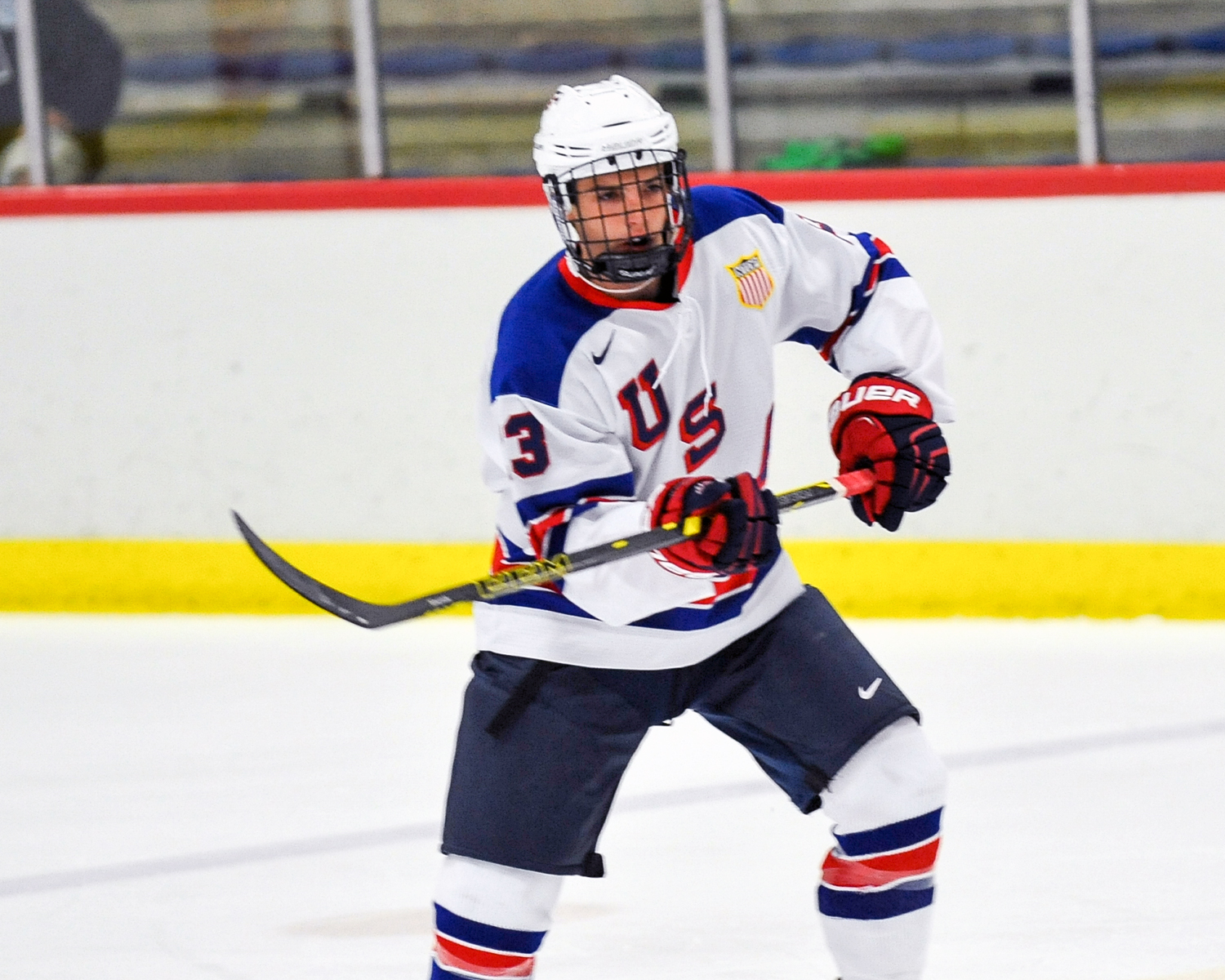 All it took was a Colorado Avalanche hockey game on television to peak Troy Terry’s interest and eventual love for hockey.

“Neither of my parents played, but my dad showed me an Avs game on TV and I was hooked,” explained Terry, who grew up in Highlands Ranch, Colorado. “I definitely got into hockey. I would get the Avs magazine and could name all the players by their faces. I started playing roller hockey when I was 6 and started ice hockey at 8.”

“I was just playing mite hockey,” Terry said. “I don’t remember if I was good or not, but Joe told my dad that I had talent and he could see potential.”

Flash forward just a few years, and Terry is putting those talents to use with the U.S. National Under-18 squad. He jumped at the opportunity to come to Ann Arbor, Michigan. for one season.

“It was a chance to represent my country,” said Terry, a 5-11, 160-pound forward. “In terms of hockey, it is the best place to develop. I get to skate with the best players each day. There is no place else like it.”

It helped that Terry was familiar with some former National Team Development Program players, such as the Shore brothers (Drew, Nick and Quentin), who have ties to Colorado.

“I spoke to Quentin, and he gave me some advice,” Terry said. “He told me I was making the right decision to come here for my 18 year. He said it was a blast and was the right spot for him.”

Terry will have an opportunity to play in his home state when Team USA plays Colorado College for a two-game set on Dec. 27-28. Although CC is a rival of the University Denver — where Terry has committed to play college hockey — the game will give him a chance to play in front of his family and friends.

“I’m so excited. My family hasn’t been to my games here yet,” he said. “Plus, my friends will get to come and see me play. I always wanted to play at Denver. My family had tickets to DU games, and we started going right around the same time I started playing hockey.”

Terry cherishes the experiences he has with playing Team USA. He believes that playing the college and United States Hockey League competition will help him when he heads to DU.

“I played U16 hockey last year, and it was a huge jump to college and the USHL,” he said. “I had no idea what to expect. When we play the college teams, we are playing against men in their 20s and who are fully grown. It prepares you to be physically ready.

“When I go to DU next year, it is going to be huge. I will have experience under my belt. I understand that I have to make decisions faster and react faster.”

Terry has registered five goals and 17 points in 29 games this season. He believes his game has grown tremendously since the start of the year.

“My decision making [has grown the most], especially with the video and how often we are on the ice with reps,” he said. “We definitely are in game-like drills during practice, and that helps with my decisions in a game.”

Following the CC series, Terry and his USA teammates will face Adrian College in an outdoor hockey game at Fifth Third Field on Jan. 31 in Toledo, Ohio.

“I’m very excited to play outside,” Terry said. “It’s going to be fun to get that experience and play outside. I’ll probably feel like I’m in awe sometimes. I’ve seen the game on TV, and I went to an outdoor game. I just keep thinking how cool it will be.” 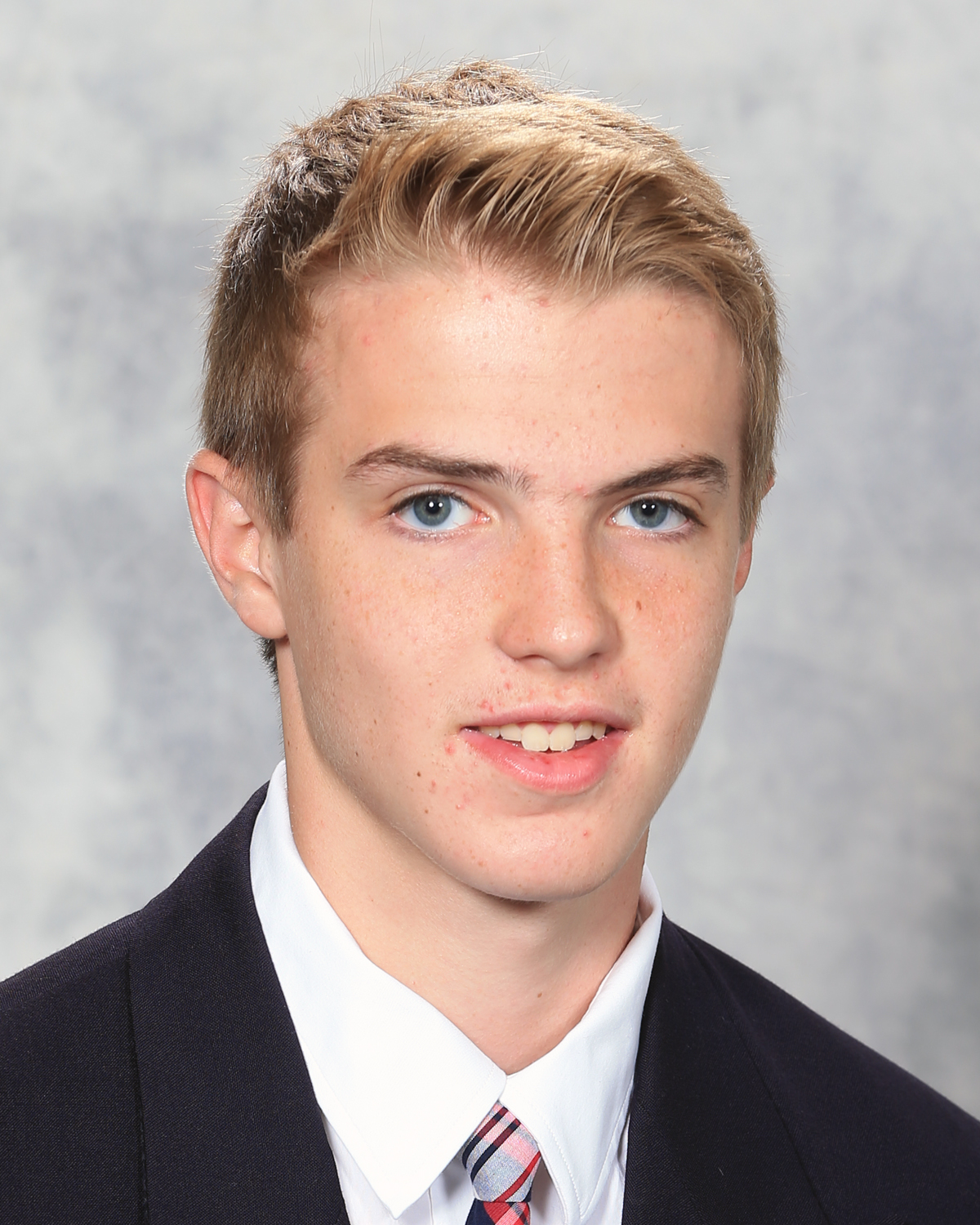