Though Not a Goalie, Ryan Lindgren Follows Family into Hockey

His Dad and Two Older Brothers All Shined as Goalies, Lindgren is a Defenseman on U17 Team 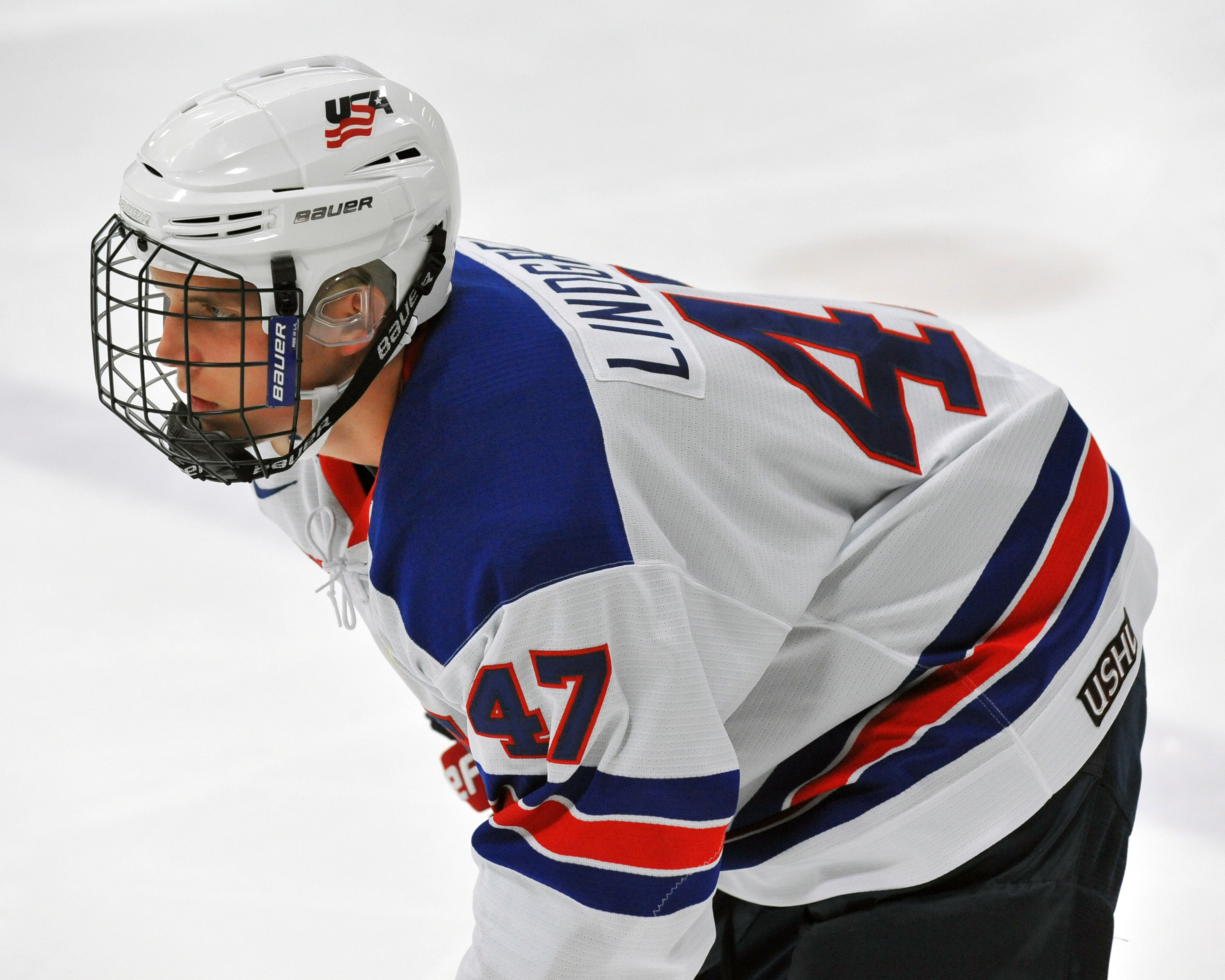 Growing up in Minneapolis with a dad and two older brothers who played hockey, Ryan Lindgren naturally found his way to skates and a stick by age 5.

The position appeared to be a good calling. Lindgren was invited to join the U.S. National Under-17 Team this season in Ann Arbor, Michigan.

“They played goalie, so I got to shoot on them,” he said. “My brothers have had a lot of influence on me. I work out with my older brother Charlie in the summer. He is always pushing me. Andrew and I are just two years apart, and I skate with him all the time.

“They were very happy for me [when I got the invitation to join the NTDP]. They told me you just have to work hard, as there are always people who are working as hard as you. They told me to enjoy it.”

Despite his family pedigree, Lindgren said never picked up the goalie itch. He started as a forward and switched to the blue line when he was a bantam and began playing at Shattuck-St. Mary’s School in Minnesota.

“The first day of practice [at Shattuck], I thought I was a forward and the coach came up to me and told me I was playing D this year,” Lindgren, a 5-foot-11, 195-pound left handed shooter, said. “It was kind of a shock at first, but this is now my fourth year playing defense.”

Moving to the blue line was difficult at first, Lindgren said, but his coach, John LaFontaine, helped with the transition.

“It was tough at first,” Lindgren said. “I wanted to join the play with the offense. I wasn’t worried about the defensive side of the play. Coach LaFontaine helped me out and taught me how to play defensively.”

Since arriving at the National Team Development Program in late August, Lindgren believes his game has grown tremendously, especially on the defensive side. He’s also worked extensively with assistant coach John Gruden on his puck work.

“It is something he preaches,” Lindgren said. “That has helped me out. I can’t go run around and hit everyone — he talks to me about that. I need to play good, solid defensively.”

The team will be counting on Lindgren to do just that this week when it hosts the 2014 Under-17 Four Nations Tournament at the Ann Arbor Ice Cube. Team USA opens the tournament against Russia at 7 p.m. EST on Tuesday. The game is a rematch of the recent World Under-17 Hockey Challenge title game, when Russia beat Team USA, 2-1.

“It will be cool playing at home and in front of our fans,” Lindgren said. “We will get another shot at Russia, right out of the gate and, hopefully, we will do better. It’s definitely circled on my calendar.

“In the first game, Russia played it real defensively, and they played sound in the defensive zone. I expect them to play the same way. We need to come out and play physical and get pucks to the net. We played well the first time, but we need to bring more intensity. It should be a good game.”

Any time Lindgren gets the opportunity to put on the USA sweater, it’s a tremendous honor.

“It’s cool, especially the first time putting on the jersey,” he said. “It’s a game I will never forget — my parents were here to see me play.”

He credits former NTDP and current University of Minnesota defenseman Brady Skjei for his introduction to the program.

“My brother’s friend Brady Skjei was on the 1994 team,” Lindgren said. “He always talked about it and told our family how awesome it was. I always talked about wanting to go there [to the NTDP], so I knew if I had the opportunity to come here, I knew I would take it.

“I talked to Brady a lot. He always said it’s kind of a grind here, but you are always working hard, so the two years here go by quick. He told me to enjoy it and it is a good family here.” 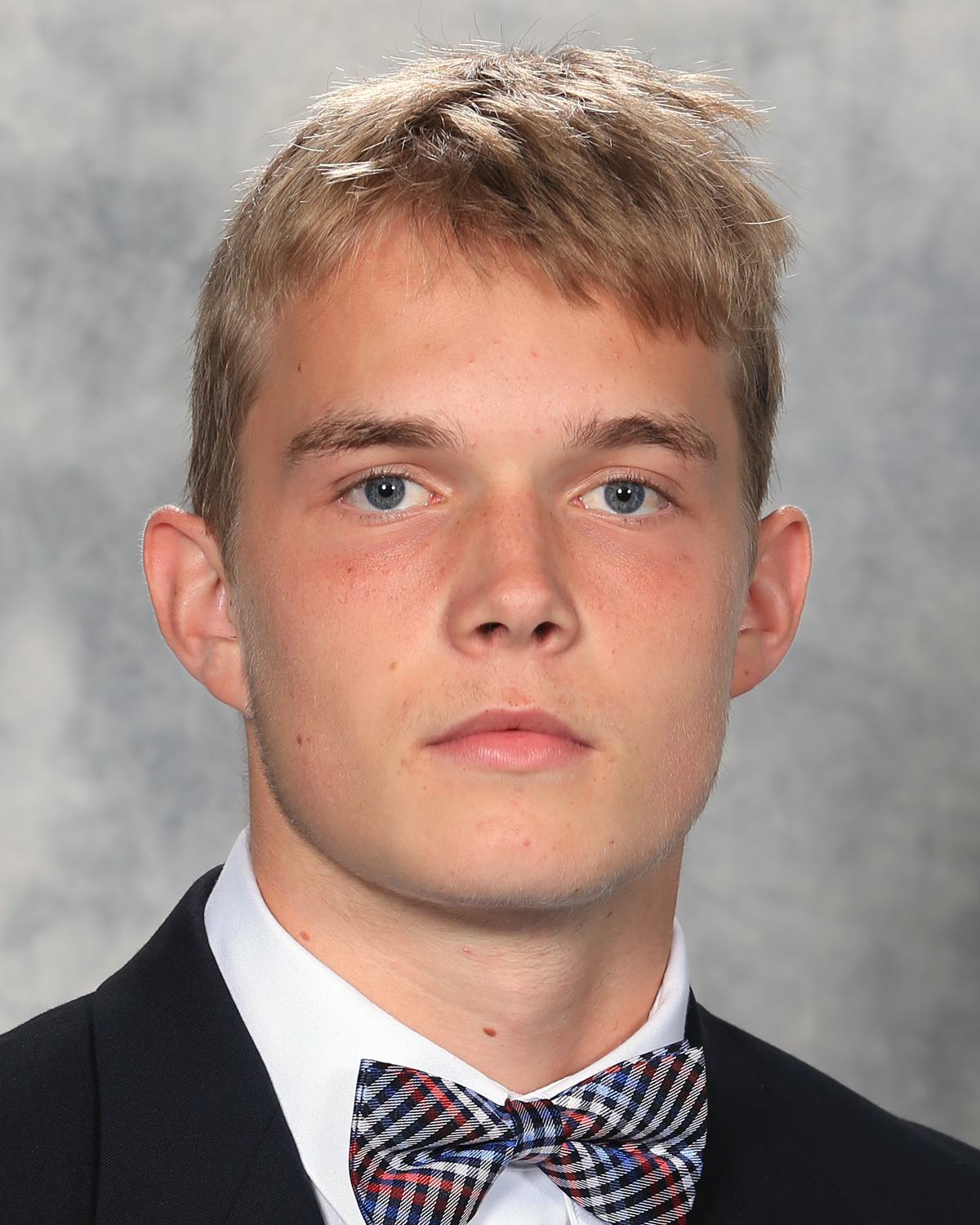