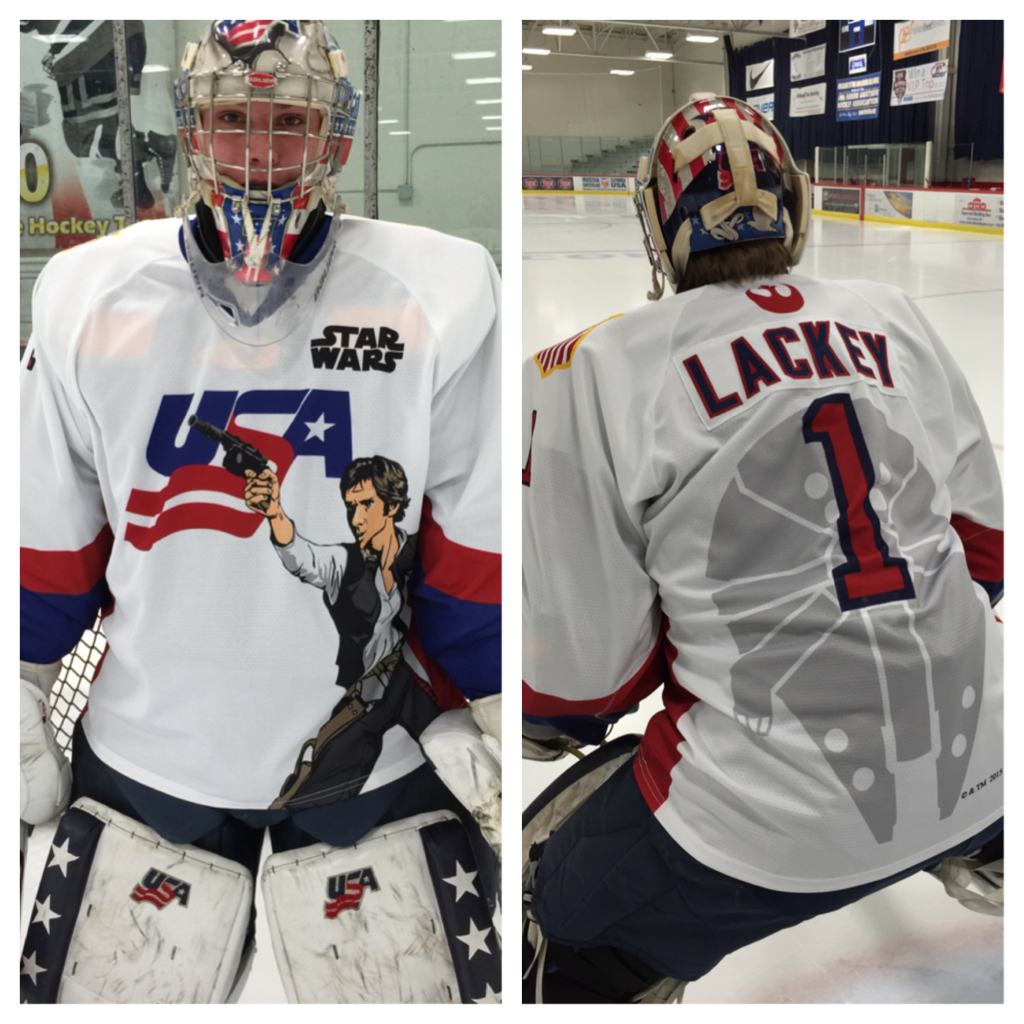 These special Star Wars jerseys will be auctioned off for charity following the game. Darrin Brege created the design.

Among the festivities planned for Star Wars Night are appearances by characters from the beloved film franchise and extended universe, as well as a ceremonial puck drop. The Under-18 Team will wear the specially designed jerseys throughout the game. Puck-drop is scheduled for 7 p.m. EST.

The game will feature 17 players eligible for the 2015 NHL Draft and also include 18 players currently pledged to skate for NCAA Division I squads in the future. The entire set of jerseys from the game will be made available through auction.

The jerseys will be auctioned off online here. Bidding will commence on Tuesday, Jan. 27, and end on Thursday, Feb. 19, at 9 p.m. EST. Proceeds will benefit C.S. Mott Children's Hospital in Ann Arbor, Michigan. Last year's auction raised over $4,100 for the hospital.

Tickets to the game are available at the NTDP offices located within the Ann Arbor Ice Cube at 2121 Oak Valley Drive or by calling (734) 327-9251. The game is also available via live stream at FASTHockey.com. 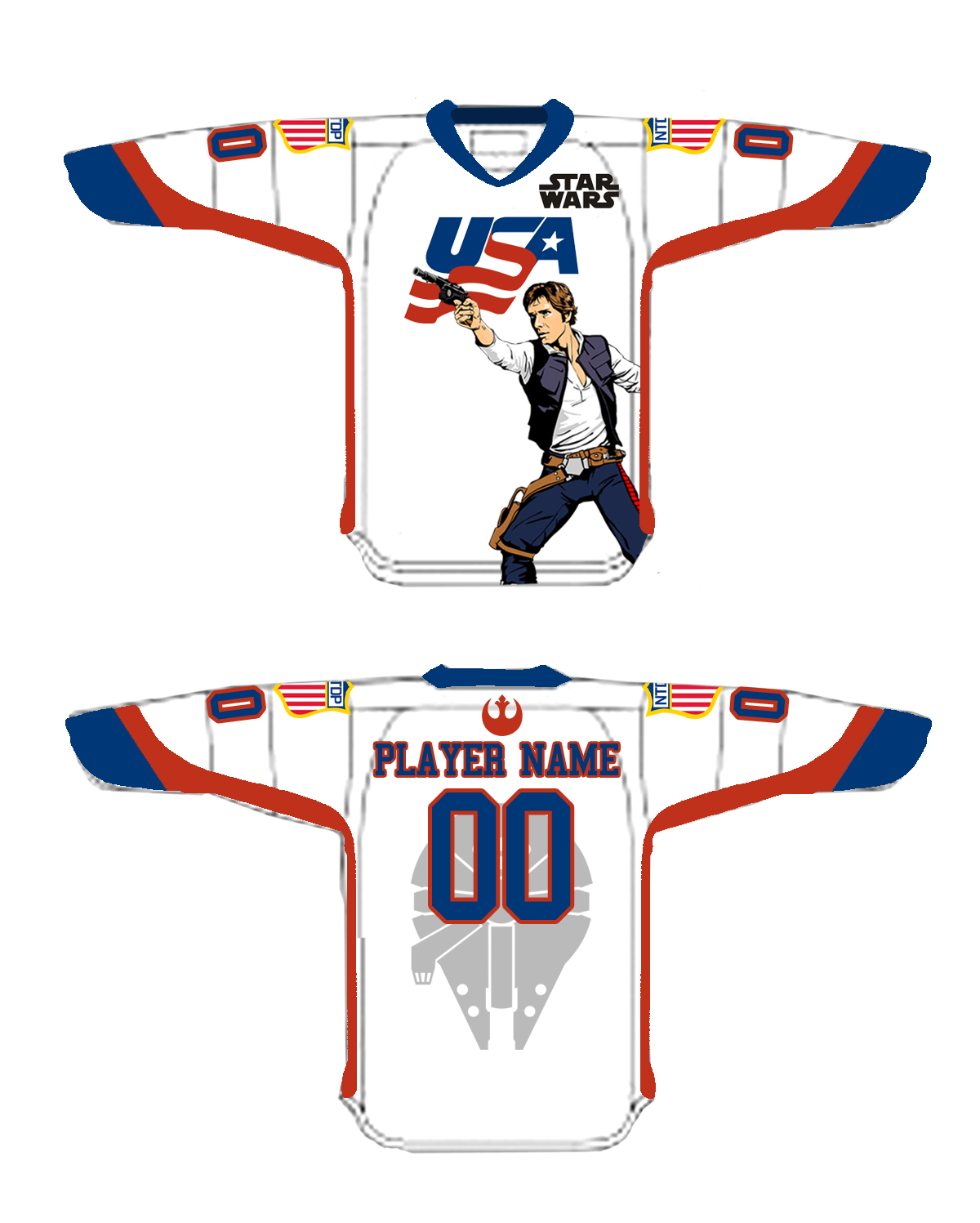