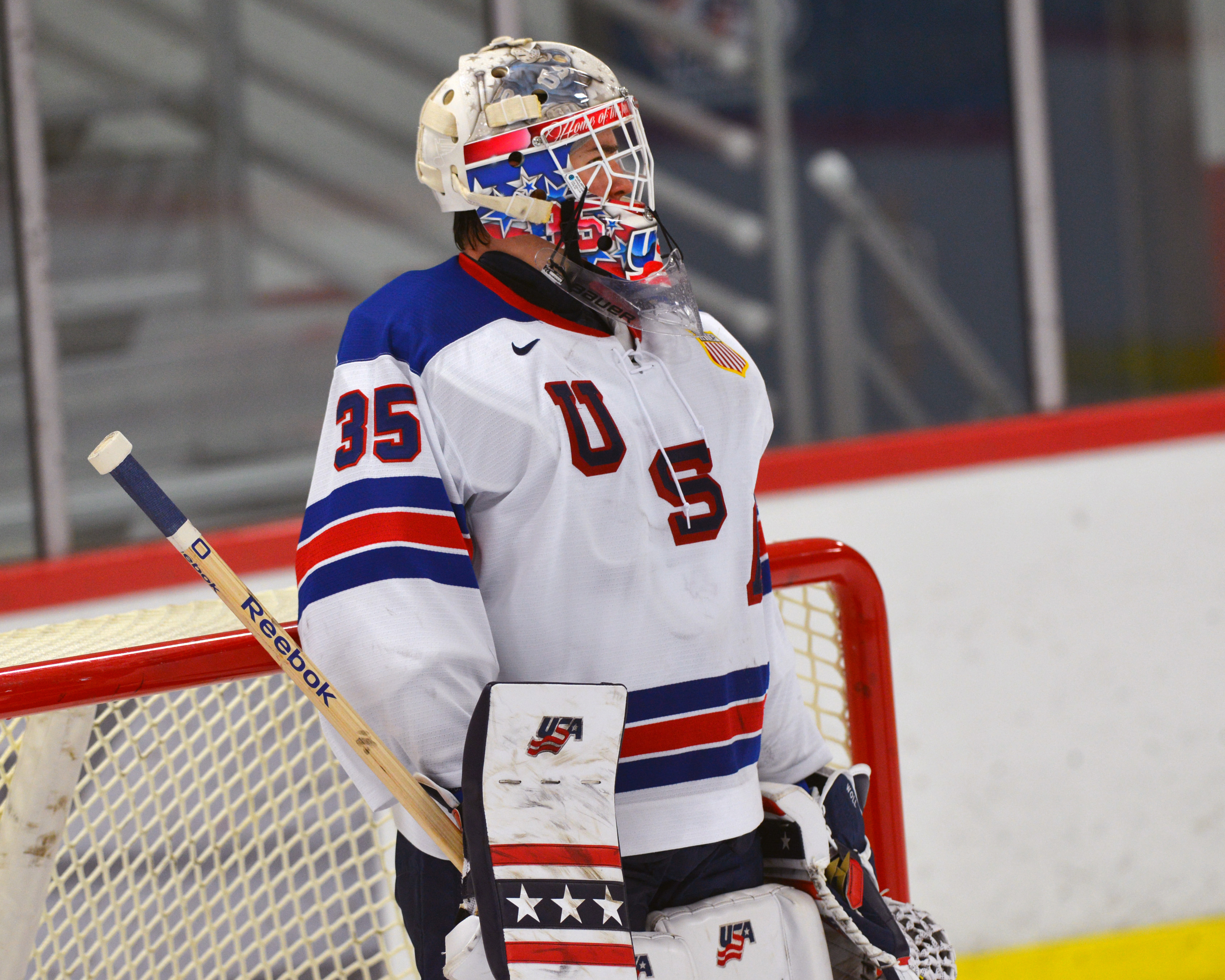 Joseph Woll’s love of hockey started with a simple gift: a hockey net and a plastic hockey stick.

“When I was kid, the first thing I really got was a plastic net and a plastic stick, and I would play around in my kitchen for hours,” he said. “I was always around that, and as soon as I could get out on the ice, I learned how to skate when I was 3 years old.”

The Dardenne Prairie, Missouri native, who was the first person in his family to play hockey, has since developed into an elite goalie. This past fall, he arrived in Ann Arbor, Michigan for his first of two years with USA Hockey's National Team Development Program.

“It was a surreal experience, and it gave me chills,” he said of his first time suiting up for Team USA this fall. “The first time we got to sing the national anthem with my teammates on the blue line, it was an experience I never thought I would be able to have. It was kind of weird taking it all in at the same time. It’s something I’ll never forget.”

Despite the excitement of playing for Team USA, the transition to a new home and to playing with and against improved competition was an eye-opener.

“It was definitely hard with everything plus the hockey,” he said. “Moving to a new state, new coaches and a new family. I think the transition was pretty good; I’m practicing with the best kids every day.”

The last part is particularly important. While Woll has only been with the U.S. National Under-17 Team for a few months, he has played against some of the country’s top junior players and some of the world’s best U17 players while also practicing with NTDP goaltending coach Kevin Reiter.

“We typically have goalie skates two days a week,” Woll said. “We work with all the technical aspects of the game. [Reiter] always brings in the newest trends from the NHL and the best options for stopping the puck.”

Woll is learning how to use his 6-foot-2 frame to improve his game.

“Size is definitely an advantage,” said Woll, who tried to model his game after Montreal Canadiens goalie Carey Price. “Seeing over people to fight through screens or getting up big and blocking shots. It’s a big advantage to have.”

One of the highlights for Woll so far this season was placing second in the team’s first international tournament, the World Under-17 Hockey Challenge in early November in Sarnia, Ontario.

“It was amazing to represent your country on the international stage,” he said. “Playing against Canada, Sweden or Russia for the first time, it is something I will never forget for the rest of my life.

“The [7-3 win] against Canada Red was the most memorable to me. I grew up with some of the players, so it was fun. I played with Logan Brown [who was on Canada Red] since I was a little kid. He took the route of major junior, so it was lot of fun to be able to play against my friends. There were packed crowds; so it was a good experience.”

Woll and his teammates have a bye week as they prepare to host the 2014 Four Nations Tournament at the Ann Arbor Ice Cube, Dec. 16-20. Team USA hosts Russia, Slovakia and Switzerland, but it’s the Dec. 16 opener against Russia that the Americans have circled on their calendars. The game will be a rematch of the World U17 Challenge final, when Russia won 2-1.

“It’s an advantage to be able to sleep in your own bed, eat your own food and not worry about transportation,” Woll said. “You can be comfortable and focus on what you need to bring to the table and how you need to play.

“I think everyone is looking forward to the payback against Russia. We are really working hard and grinding so we can come back strong and play our game against them.” 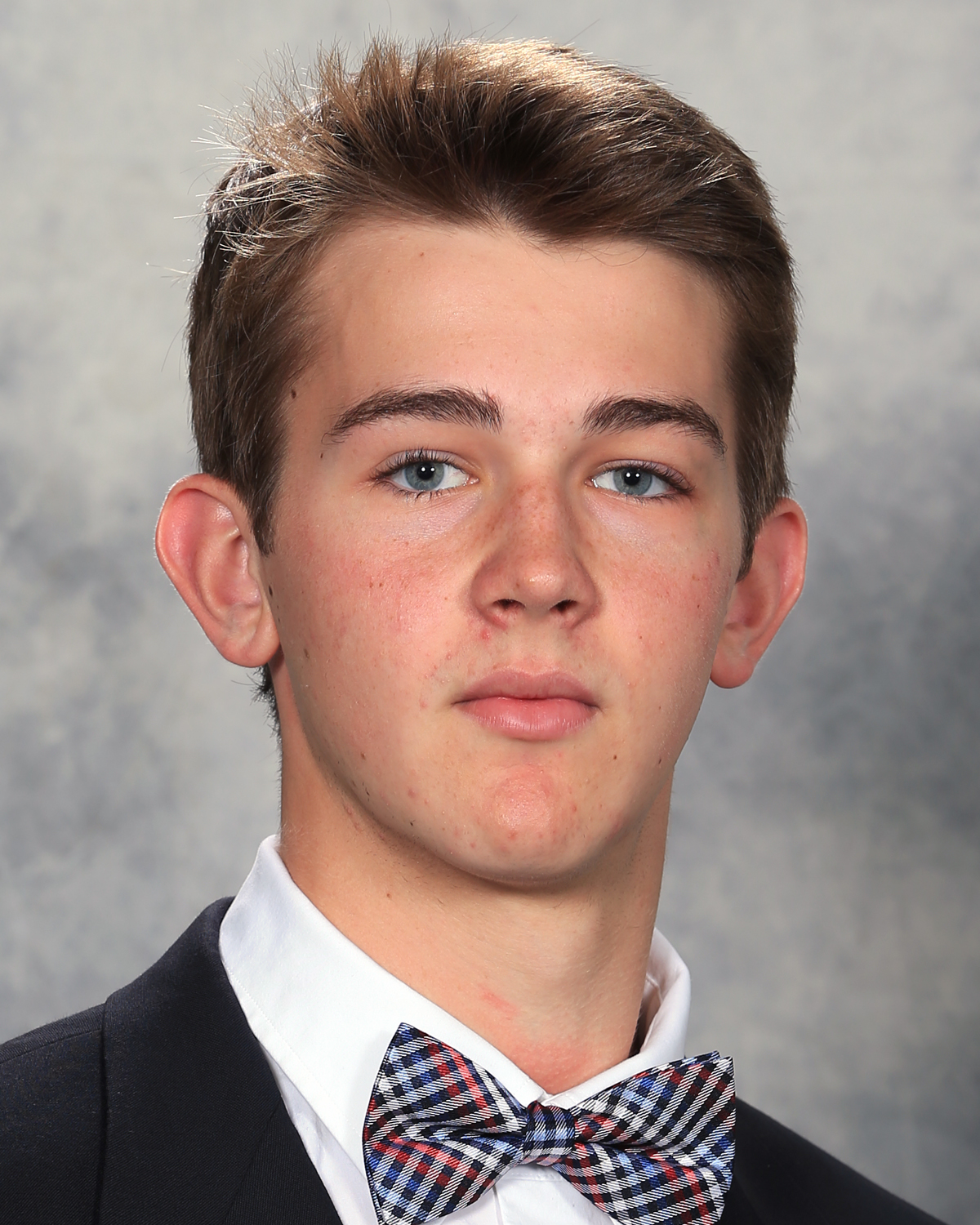