Eager to be a Wolverine, William Lockwood First Learns with NTDP

Both of Lockwood’s Parents are Michigan Alums 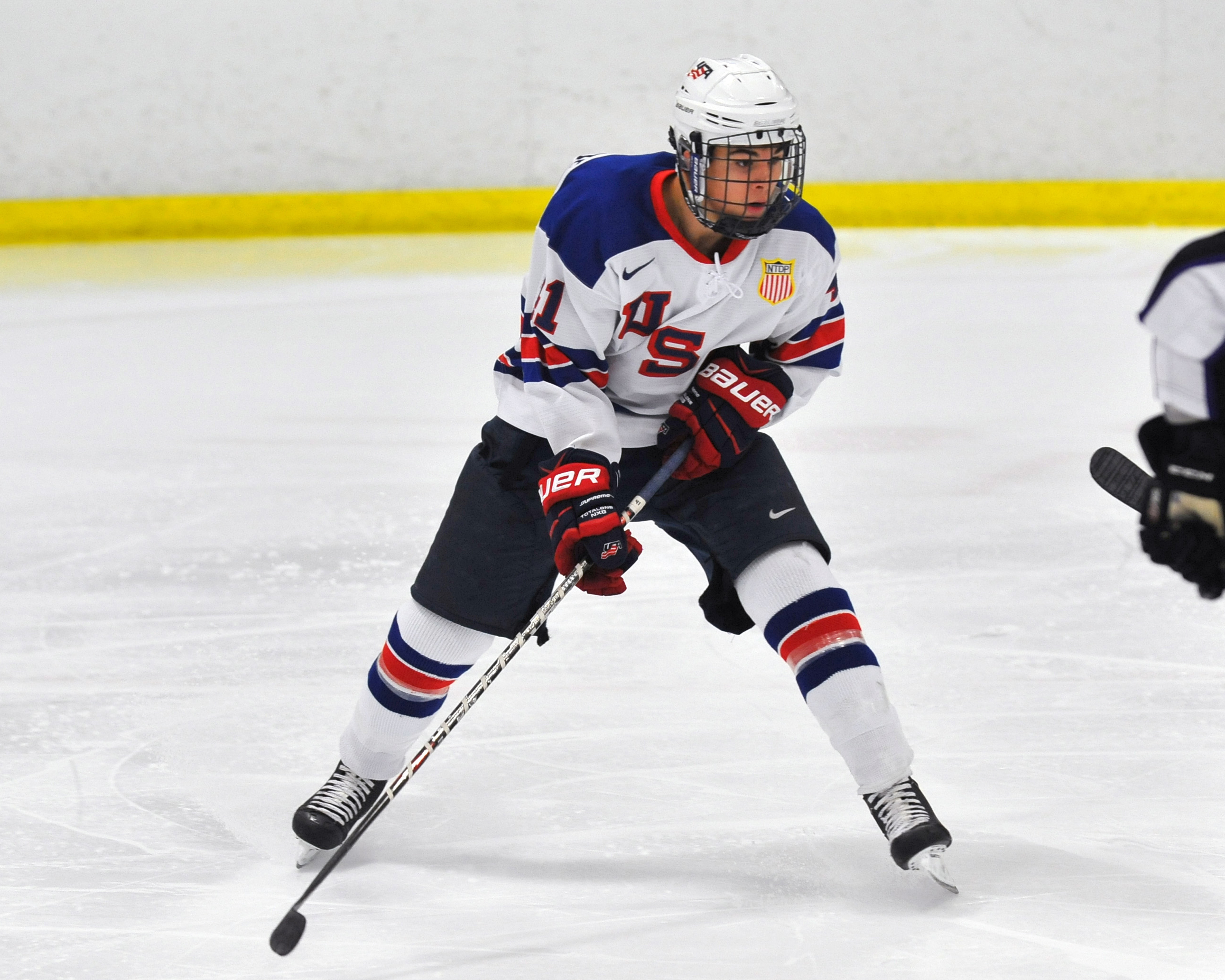 William Lockwood was born to University of Michigan alums in parents Joseph and Cristina. Growing up in Bloomfield Hills, Michigan, Lockwood knew all the words to the University of Michigan fight song. And once his career wraps up with USA Hockey's National Team Development Program, the Under-17 Team forward will follow his parents across town to attend U-M, where he will follow his dad as a member of the Wolverines hockey team.

“It’s going to be incredible,” said Lockwood, who has verbally committed to U-M. “I thought I would never live up to my dad’s fortunes. It’s definitely cool. I have been a Michigan fan my whole life. I remember going to Michigan games when I was younger and thinking it would be so cool to play here. They were one of the first colleges that I spoke to, and it was a no-brainer for me. I will get to wear No. 10, just like my dad.

“My dad and mom are excited. My mom went to U-M, too, so she is always looking for an excuse to get out in Ann Arbor and go to the restaurants that she went to in college and see some old friends.”

It was Lockwood’s dad who introduced him to hockey. Joseph Lockwood also coached his son through peewees.

Playing for his father wasn’t always easy, William said, but looking back he appreciates all of the advice his dad — who also played in the minor leagues — shared.

“After the games, on the car rides home, I wouldn’t look forward to those,” William reminisced. “I wouldn’t be too happy when he was telling me I did this or that wrong. It seemed like no matter how good I played that game, he had something to say. Now, looking back on it, it definitely helped me with what I did wrong or right.”

Lockwood, who stands 5 foot 10 and weighs 151 pounds, played for the Oakland Grizzlies midget minor program in 2013-14. The learning curve at the NTDP has been a steep one, he said.

“It’s a huge transition,” he said. “Playing on your midget team, you are usually one of the better players, and now you are playing with some of the best kids in the world. It’s kind of hard to get that confidence at first. Of course, you have to play in the USHL with guys who are two, three or four years older than you. Having the strength and conditioning you have here is definitely going to make you better. Next year, it will be easier to play in the USHL, but it is definitely a hard trip up there.”

Lockwood credits the NTDP’s training program with helping him excel on the ice.

“They really get on you about the little details here,” he said. “Here, we do video two or three times per week. On my midget team, we did a team session just once a week. Here is much more individualized — what you did wrong and what you did right.”

Yet all of the hard work is worth it, Lockwood said, when he and his teammates take the ice in the Team USA sweaters.

“To put the jersey over your shoulder pads is a great feeling,” he said. “To step out on the ice and have fans before the door that you tap. I never had actual fans that I didn’t know. It is actually kids who come to our games and watch us, and they want our signatures. It is really cool.”

Lockwood and his teammates placed second in their first international tournament of the season, the 2014 World Under-17 Hockey Challenge in early November in Sarnia, Ontario.

“It was a lot of fun to play against teams from around the world,” Lockwood said. “I played in Quebec, and I got to relive that feeling against playing guys from Russia and Sweden. Playing in front of a bigger crowd is always fun.

“The semifinal game against Sweden really sticks out to me. I really had my legs going that game and my hands, too. I played well and we came out on top, and that was a lot of fun.”

Lockwood and his teammates are gearing up to host the squad’s second international tournament, the Four Nations Tournament, which runs Dec. 16-20, at the Ann Arbor Ice Cube. The U17s open the tournament on Dec. 16, against Russia in a rematch from the title game of the World U17 Challenge.

“It is going to be awesome to play in front of your friends and family, and hopefully win the tournament and get revenge against [Russia],” he said. “That will be cool. I think we have a lot to learn from that game. We did a lot of things right, but we just ran out of time in the third period.” 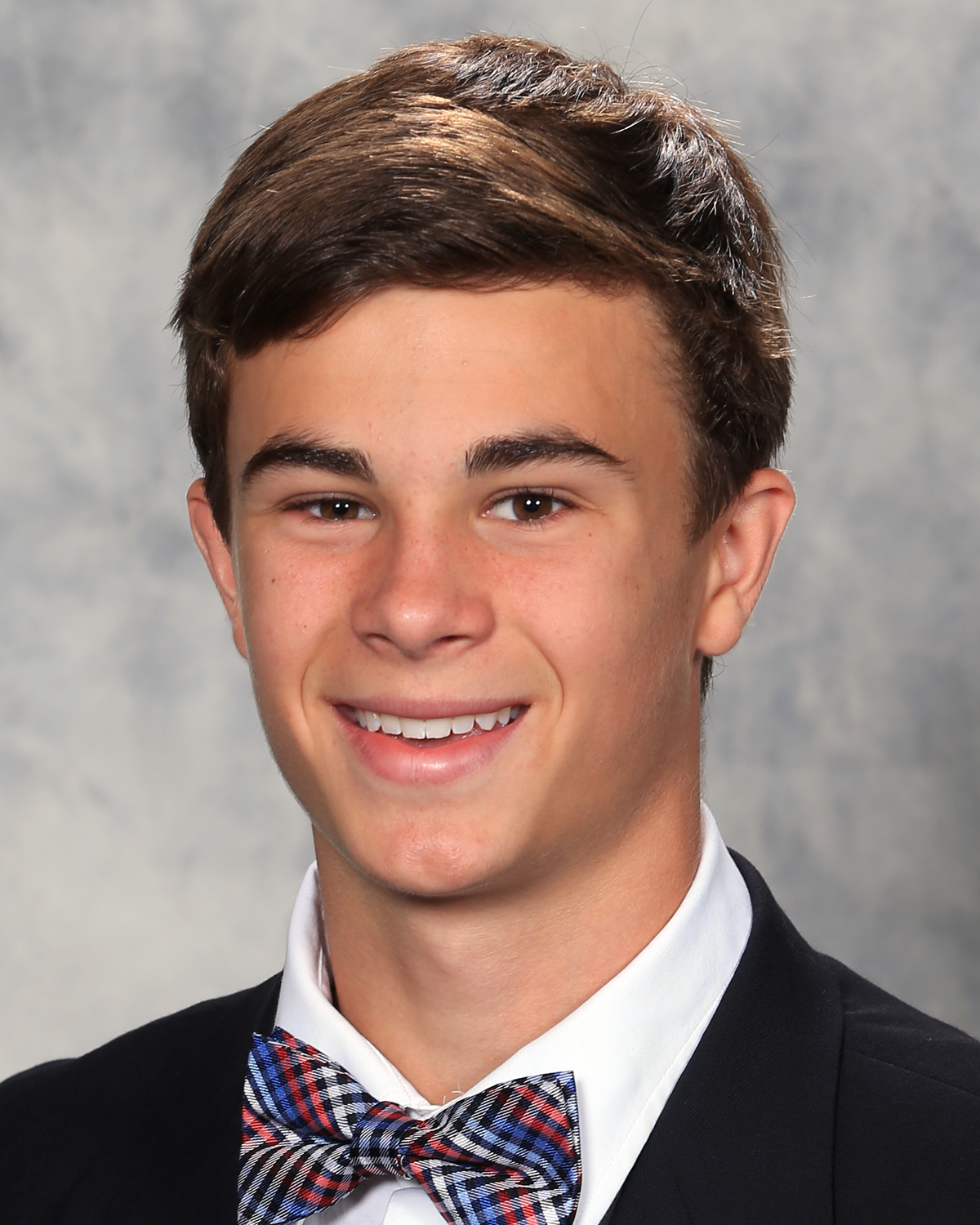