U18 Goalie Michael Lackey Shows Patriotism Through His Helmet

Lackey Will Play at Harvard University Next Season 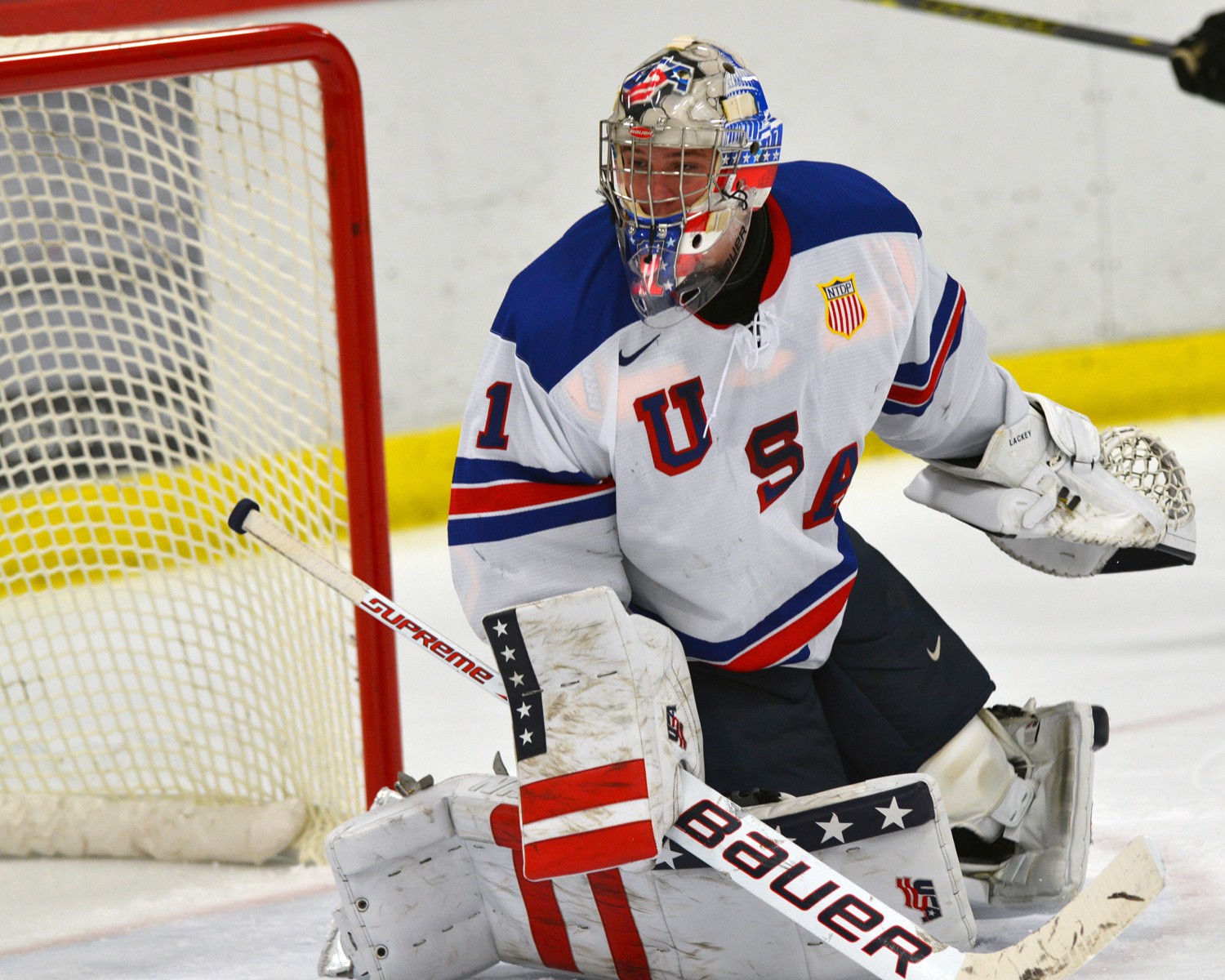 When Michael Lackey was playing hockey at Phillips Exeter Academy in New Hampshire, he had an idea to design his goalie helmet with the school’s lion mascot coming up through the top of the mask.

He was never able to make that happen, but the U.S. National Under-18 Team goalie was able to adapt the concept — and then some — for a patriotic helmet he now wears with Team USA.

“On the top of the mask, I have the Capital coming out of it as a shout out to my hometown of D.C.,” he said. “There is also a USA logo popping out of the top; I think it’s a strong graphic.

“On the back, there is a memorial to our veterans — the raising of the flag at Iwo Jima. There is also a snake and an eagle as a tribute to our athletic trainer and equipment manager.”

The design is part of the pride that Lackey feels when he puts on the colors of Team USA.

“It’s a huge honor to put it on every single day. It’s something that I will never take for granted,” he said. “To represent my country, even if I’m on the bench and not playing, especially playing against other countries, there is no better feeling.”

On the ice, the Washington, D.C. native has seen his game grow since his first year with the squad. He credits the spring training with helping bring this team together and helping the players improve both on and off the ice.

“It was huge for the guys on this team this past spring, especially working with Darryl [Nelson, the strength and conditioning coach],” explained Lackey. “We were in the weight room lifting and practicing every day. The guys bonded more through that and learned how to play more as a team.

“We were going every day from school to the gym and the ice. It was more relaxed as we were not just preparing for games. We learned to be friends and more than just teammates. We were able to do stuff together instead of traveling to games.”

Plus, Lackey had an opportunity to work one-on-one with goaltending coach Kevin Reiter to improve his game.

“I worked with Coach Reiter on rebound control,” said Lackey, who finished his U17 year with a 15-11-2 record, a 3.52 goals-against average and an .868 save percentage. “I tried to make it more simple. It is allowing me to see the outside shots.

“We have goalie skates and watch video to analyze my game, both my weak and strong points. I’m a bigger goalie [at 6-foot-3] so I need to adjust to my size. I can’t use my athleticism; rather, I need to use my size to take away shooter angles and take away the net.”

Lackey has shot up five inches in the last three years.

“I have been working hard and learning how to push on my skates. That continual training in the weight room will help me continue to build muscle.”

This season, Lackey has adjusted to the speed of the United States Hockey League and said he is feeling more comfortable between the pipes. He carries an 8-2-1 record, a 2.80 GAA and an .888 save percentage into this week’s home games against two college opponents.

“Last year, it was tough to adjust to the USHL speed. I couldn’t keep up at times,” he said. “This year, I have come out and learned how to take away angle.

“The first shot is big in college. I need to be able to control the rebound and then everything will take care of itself.”

Lackey said playing both USHL and college competition will help in his transition to playing at Harvard University next year.

“There will not be an adjustment period as I have played college games already,” he said. “I will be able to adjust to the speed and size of the game.”

Lackey earned a special honor this season when he was selected to participate in the 2014 CCM/USA Hockey All-American Prospects Game in Buffalo. It was a special night for him, despite being on the opposite end of the ice from Luke Opilka, his current U18 teammate.

“Luke and I are best friends,” said Lackey, who suited up for Team Eddie Olyzyk, which lost 6-3. “There was not much trash talking at all, until after the game. I just played my game and didn’t worry. There were so many scouts.

“It was an incredible experience and a first-class event. We were able to tour the Sabres’ locker room. It was cool to see.”

Lackey will get to witness another “new” experience when Team USA faces Adrian College on Dec. 31, in an outdoor game in Toledo, Ohio.

“It’s going to be awesome. I have never played a straight outdoor game,” he said. “I will definitely take in the game at that time.”

It will just be one more opportunity for Lackey to play for the love of his country. 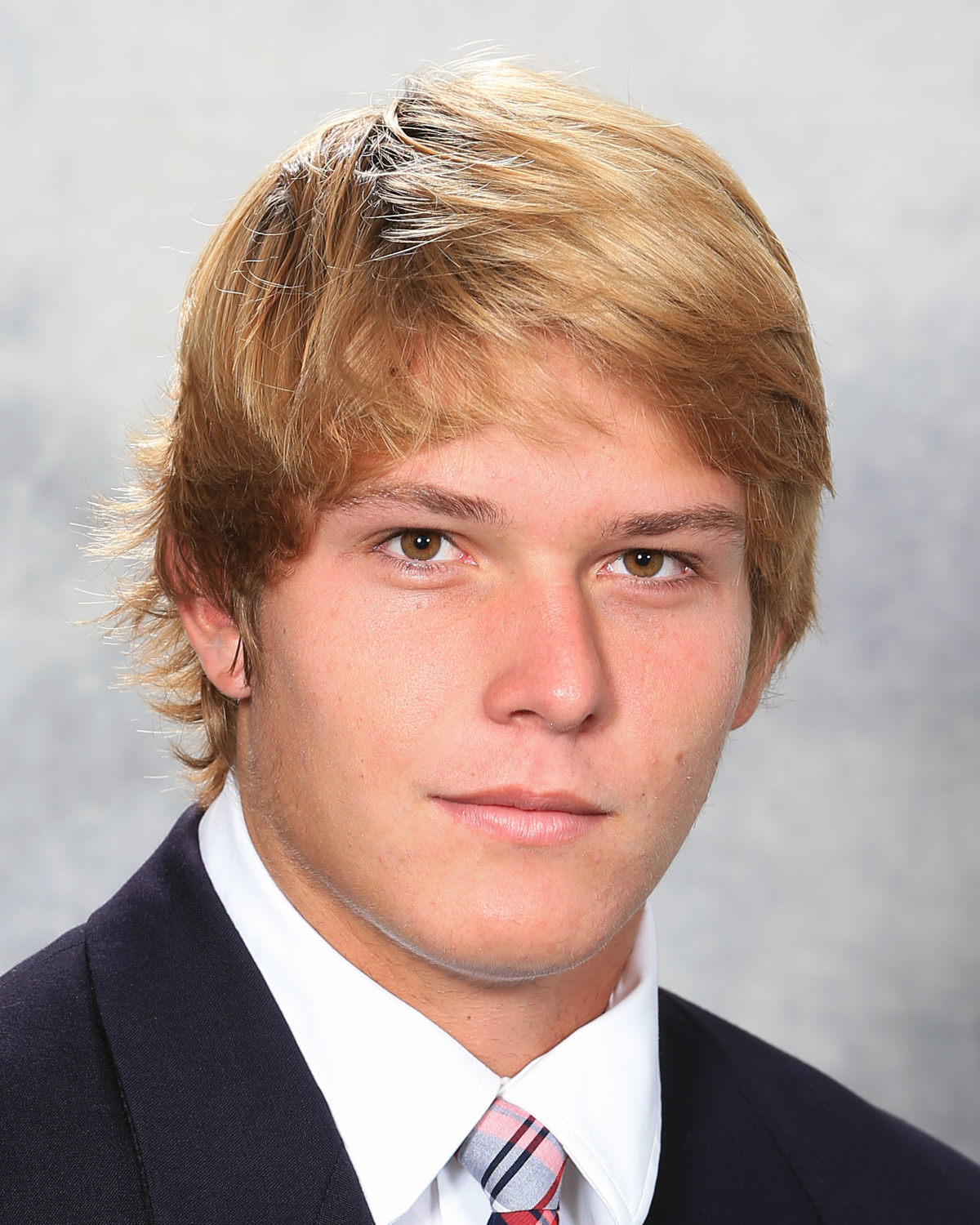