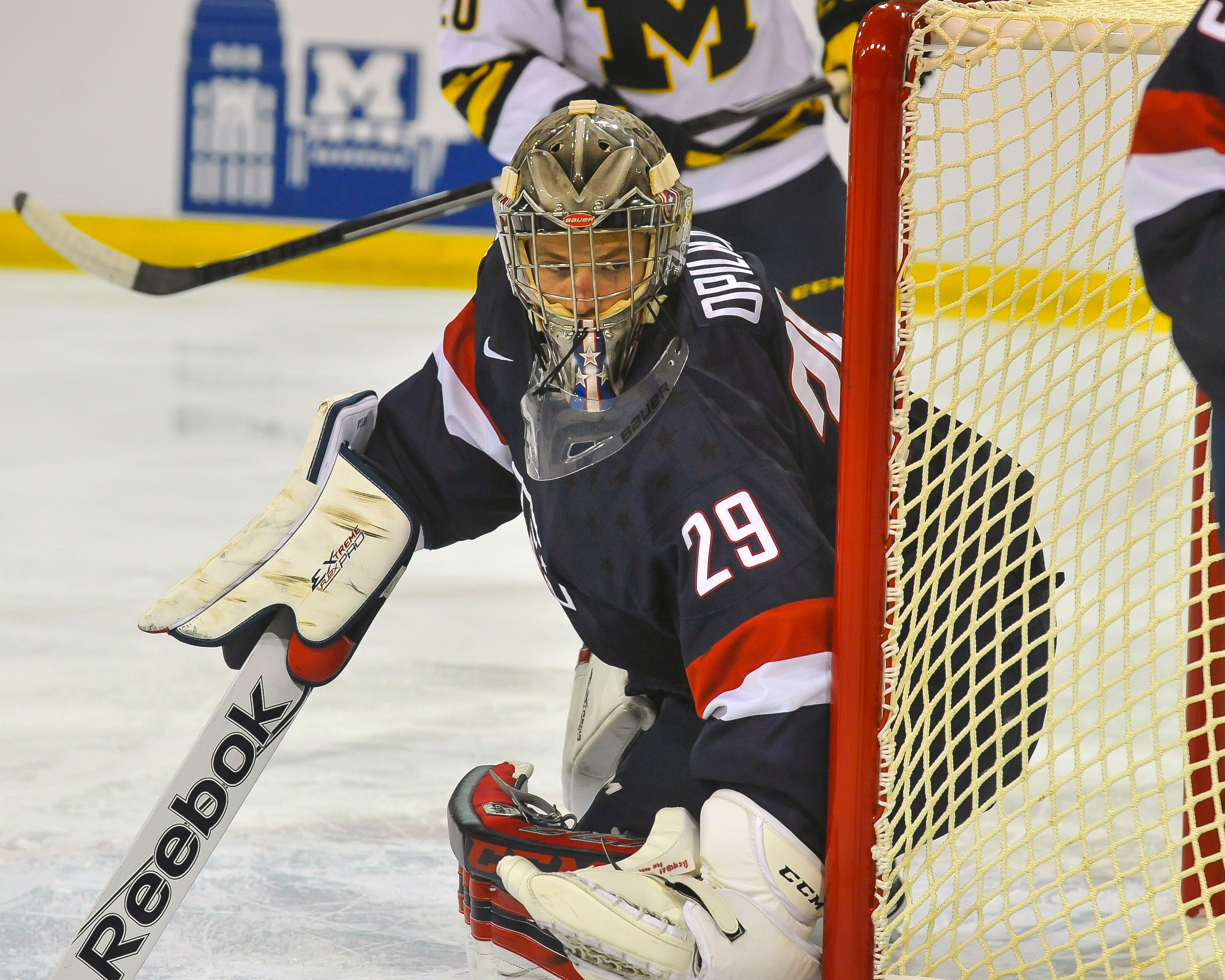 A year of experience with the USA Hockey's National Team Development Program and an intense summer of training have made a huge difference for goalie Luke Opilka.

The St. Louis native, who splits time with Michael Lackey on the U.S. National Under-18 Team, has a 7-3 record with a 2.71 goals-against average and .899 save percentage so far this season. Those numbers are an improvement on his 3.63 GAA and .864 save percentage last year with the U17s.

The difference, he said, is that he has more faith in his skills this season.

“Last year, I felt I was hyping up games too much instead of taking it one game at a time,” he said. “Nothing is life-changing. If something happens in a game, the world is not going to end. I needed to have a different mentality going into games, and that has been the big difference.”

Opilka said he was able to adjust his mindset with the help of NTDP goalie coach Kevin Reiter and Dan Saferstein, the team’s sports psychologist.

“Dr. Dan has been instrumental in helping me reverse my mental side of the game,” Opilka said.

In addition to his mental changes, Opilka challenged himself over the summer to improve his physical skills for his second season with the NTDP.

“I worked with Bruce Racine, my old goalie coach back home,” he said. “The biggest improvement was off the ice in the gym. I spent a lot of time this summer in there, and I think it is paying off. I focused on legs mostly, working on explosive and quick movements.”

The 6-1, 192-pounder says the strength training has helped him on the ice.

“Now I know I can play more aggressive because I can get back,” Opilka said. “That really helps. It allows me to cut down on angles more. If you build your base, everything comes out better at the top. If you build out, you can really improve. I worked hard to increase that base.”

“It was special to play against the top American talent and to compare myself to the other good goaltenders,” Opilka said. “To be able to go against everybody and, of course, the game was a big show. We had a ton of fans come out and the behind-the-scenes stuff was awesome. It was the best quality I ever experienced.”

The game also made Opilka think about what it might be like to play in the NHL one day.

“It’s definitely motivation. It’s awesome to see the facilities and all the things they have,” he said. “It definitely makes me want to dream a little bit. It also makes you realize reality and how you must work to make it happen.

“The main thing I took away was to enjoy the process. Take every day as a new day. Try to enjoy it.”

Just nine days later on the road, Opilka recorded his second career shutout in a 3-0 victory over the Miami University RedHawks. It was Opilka’s first start against a collegiate team.

“It was awesome,” said Opilka, who finished with 25 stops. “I have to give credit to the defense; they were incredible in front of me. It was more of the D as a whole. It was definitely a cool experience and one I will remember.

“The Miami students were definitely ripping into me. I think there was an ugly goalie chant. It really gets me going when they start getting into you.”

The reaction might be a little different on Dec. 12 when the U18s head to the Kohl Center to play the University of Wisconsin. Opilka has pledged to play with the Badgers after his time at the NTDP.

“It will be awesome,” he said. “I’m looking forward to it. I have my family coming to the game. It will be a cool experience. I hope we can get that win.

“I loved the campus and the atmosphere. Everything seemed so open. I know it’s one of the larger schools, but I viewed it as an opportunity. I love the rink and the coaching staff. Having a chance to play as a true freshman is something I like.”

For the present, Opilka is focused on the task at hand — wearing the colors of his country and working hard in practice every day.

“It’s the greatest feeling every time I put on the jersey,” Opilka said. “It always seems like it’s the first time. Everyone wants to be able to represent the USA, and to be able to do that on a daily basis, it’s unbelievable.

“I just want to take it one game at a time. Every day is a new day. As a team, my main goal is to win the U18 Worlds. Working every day in practice and helping the team. It’s all about the team.” 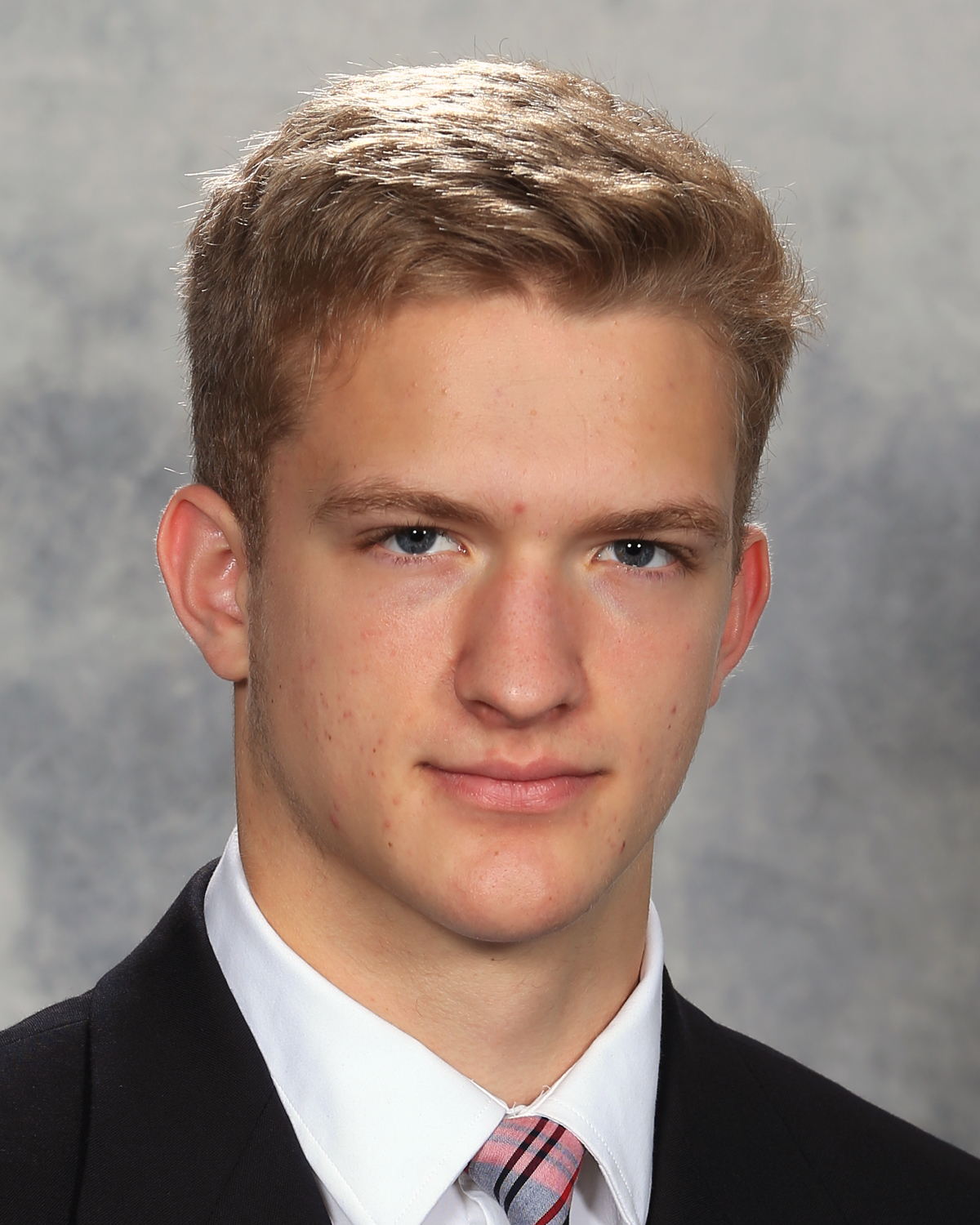 Favorite Pump-Up Song
"Until the End" by Breaking Benjamin