Christian Fischer is Ready for Business in Year Two

“It’s the biggest honor to put on the jersey and play against other countries.” 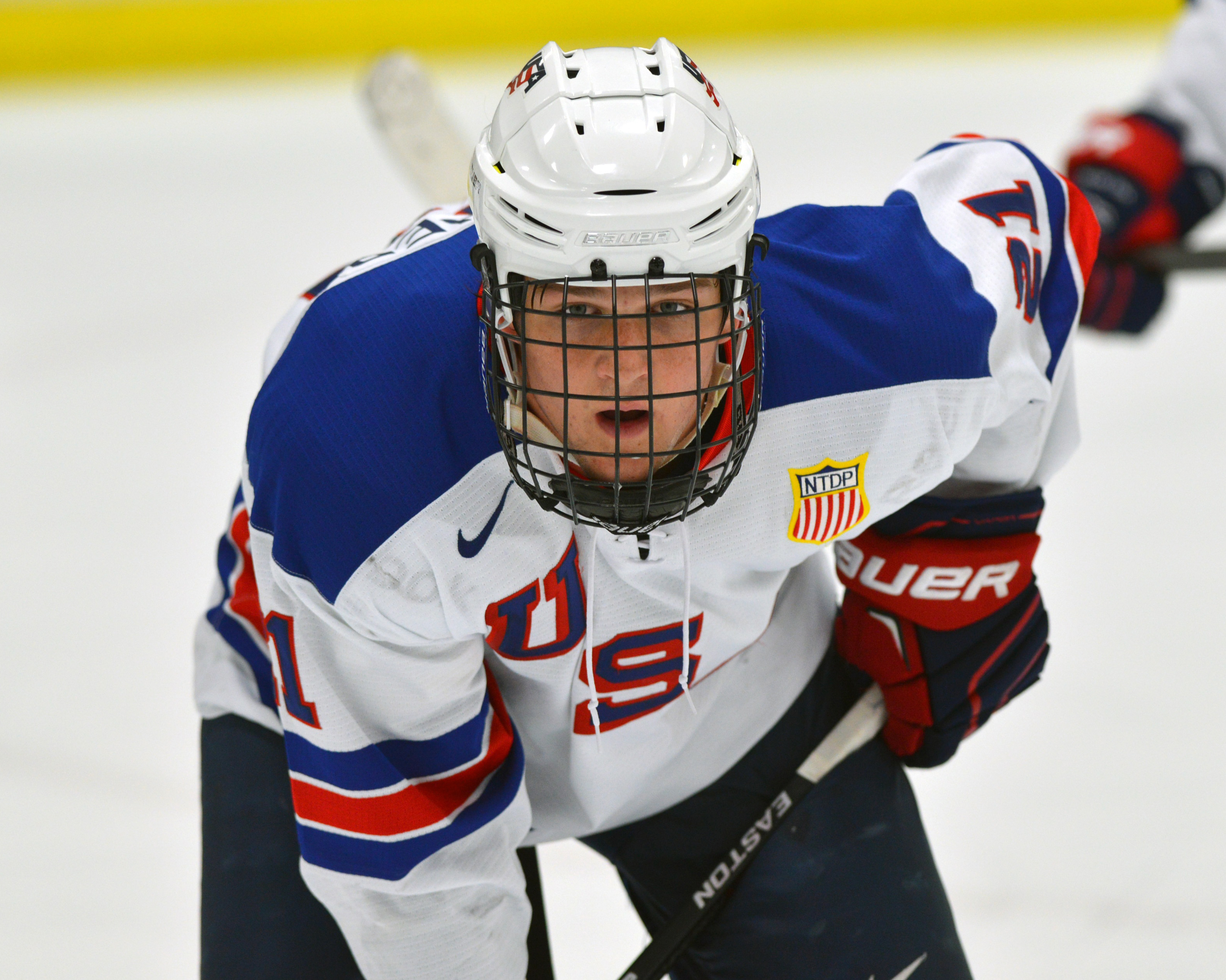 “It’s the biggest honor to put on the jersey and play against other countries,” forward Christian Fischer said. “Once you put it on and represent your country, you just can’t describe the feeling. You are playing for pride.”

This week’s Four Nations Tournament in Sweden is the first international competition for Fischer and his U.S. National Under-18 teammates this season. Although the squad had great success internationally during its U17 season, Fischer said his teammates are taking nothing for granted this season.

“Last year, we went undefeated in international play,” said Fischer, who ranks fourth on the squad with 15 points, six of them goals. “We are not really focused on that streak. We just want to play our game and play hard. If we do so, we are confident in our abilities and the fact that we can outwork our opponents.”

Fischer, a native of Wayne, Illinois who is in his second season with Team USA, admits that the game is finally “slowing” down for him in his second year in Ann Arbor, Michigan. Besides just having the experience of one year with the NTDP under his belt, Fischer said he has also gotten faster and stronger.

“After last season ended, we spent five of seven days working out,” he said. “It was huge for this team. I think everyone put on at least three pounds of muscle. I don’t think there are many teams in the country that put in the work that we did once the season ended.”

In addition to those workouts building physical strength, Fischer, a 6-1, 211-pound forward, credits the workouts with helping build camaraderie among the players.

“We really built a strong bond as brothers,” he said. “Every day, we were in the weight room and pushing each other. It really helps us when we have to battle adversity.”

Fischer also credited the coaching staff with helping the players develop and prepare for their second season with the NTDP.

“The coaching staff has been unbelievable; they have really helped me get better,” he said. “As a person, you go through a lot, but the program really teaches you to be responsible and be an adult. You really enter your first stage of adulthood here.”

Training with the NTDP and playing against United States Hockey League and college opponents has helped Fischer develop confidence as he looks toward the next step in his hockey career. He has signed to play college hockey at the University of Notre Dame.

“The first time I visited, I just felt a special bond and it really drew me there,” he said. “They have a great coaching staff, and I really like Coach [Jeff] Jackson, who helped start the NTDP. They run things the right way and develop players to get to the next level. It’s my goal to play in the NHL one day, so I believe I can achieve it by playing at Notre Dame.”

Fischer had an opportunity to play in an NHL arena when he participated in the 2014 CCM/USA Hockey All-American Prospects Game on Sept. 25 in Buffalo, New York. Even though Fischer’s team came up on the losing side, he said the experience was a valuable one.

“It was a huge honor to be selected,” Fischer said. “I really just took it all in with the fans there and all the NHL teams that were there scouting. I tried not to focus on who was watching but, rather, I just took in the surroundings and absorbed it.”

The experience served as motivation for Fischer to continue working hard in order to reach not just the NHL but, in April, the Under-18 World Championship, too.

“Every day, I want to get better, whether it is during a workout, in practice or meeting with the coaching staff,” he said. “I want to be better than the day before, and hopefully that means we will improve and win the U18s.” 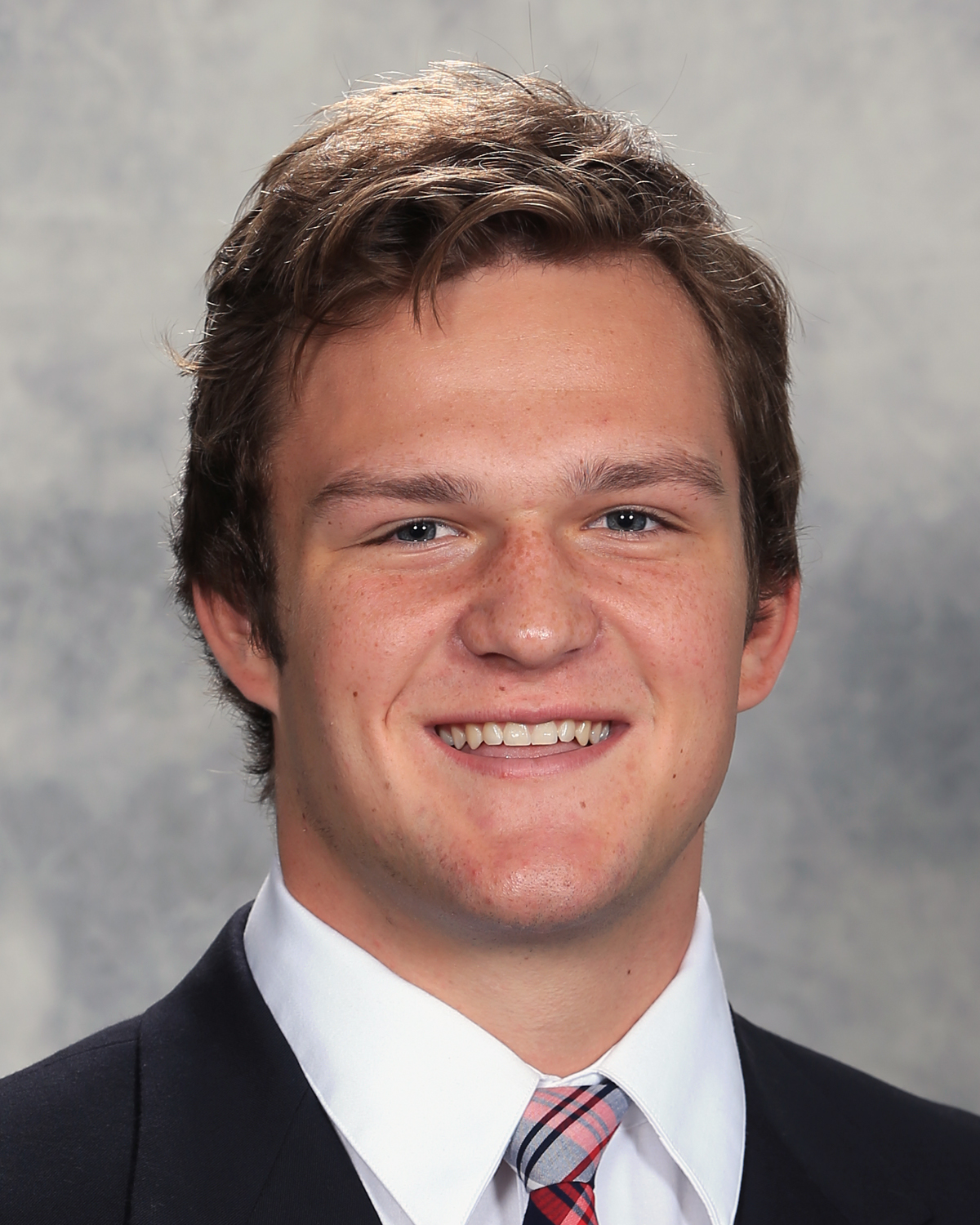