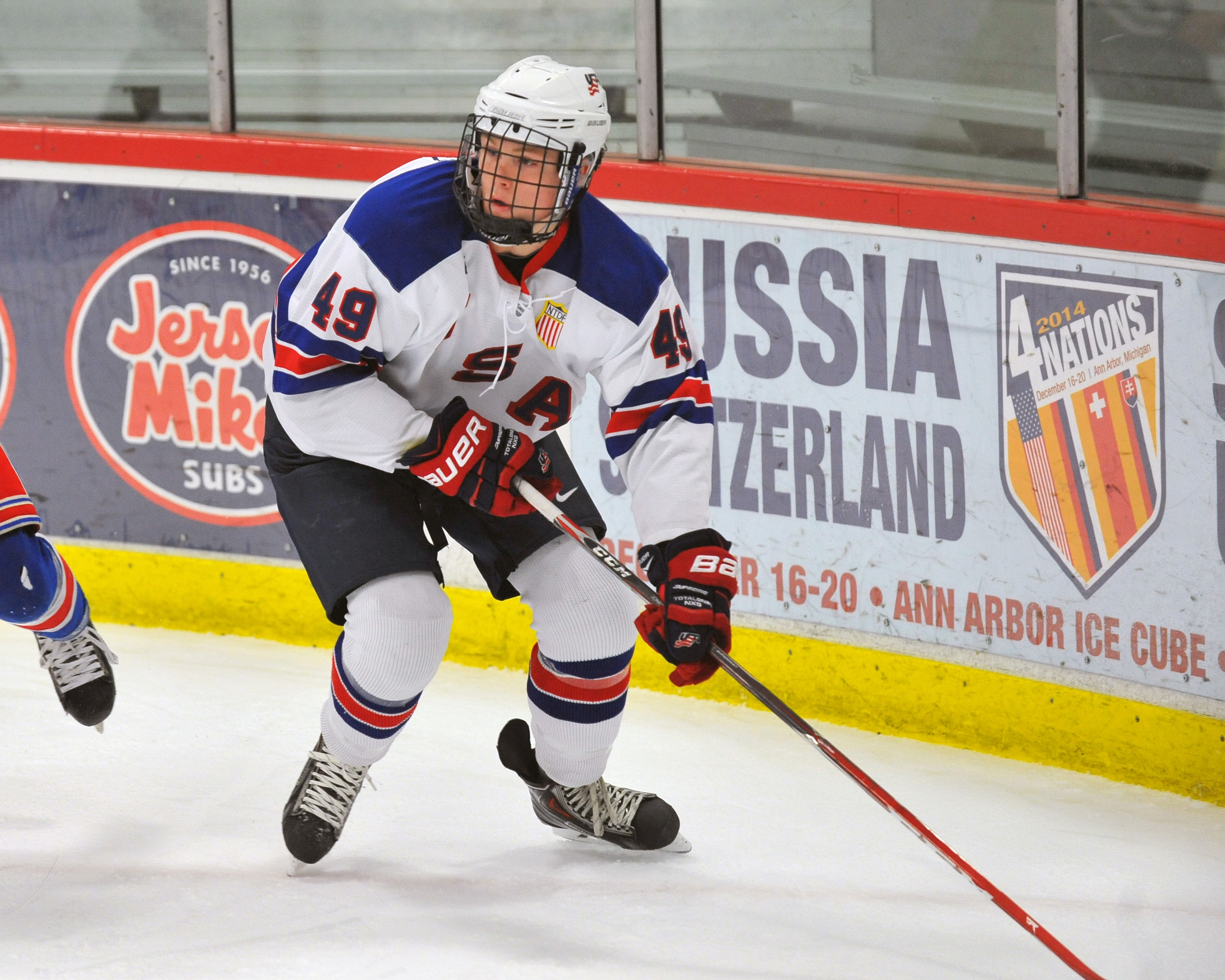 Max Jones, a 6-2, 190-pound forward on the U.S. National Under-17 Team, credits his family with instilling those three essential traits into his approach.

His passion for hockey stems from his dad, Brad, who played college hockey for four years at the University of Michigan (1983-87) and appeared in 148 games for the NHL’s Winnipeg Jets, Los Angeles Kings and Philadelphia Flyers.

“My dad will tell you that I picked up a stick when I was 1,” said Max, who grew up in Rochester, Michigan. “He’s pretty much the reason why my brother and I started hockey. My brother was playing already, and that is what I always wanted to do.

“My dad has been there from the start. He has been playing hockey and coaching hockey, and it’s something I want to do. I just don’t want to give up the game. I have a passion for it.”

Max and his dad share another connection — wearing the colors of Team USA. Brad Jones skated for the U.S. Men’s National Team in 1987-88. Getting the call for Max to join the National Team Development Program was a special moment for the entire family.

“I remember when I first signed with the NTDP and my dad was crying,” Max said. “I remember asking him, ‘Dad what are you doing? You are supposed to be tough.’ We talked about it and he told me, ‘Your jersey is more updated.’ I just think he is happy for me. It’s cool to follow in his footsteps and wear the jersey.”

Max says competitiveness comes from another source — his mother, Mary Bailey. She was a springboard diver who won three Big Ten Conference titles and two NCAA championships while an undergraduate at Michigan. In addition, she was a four-time state champion and high school All-American, as well as a 10-time member of the U.S. national diving team.

“People always tell me that I’m competitive, and I really think I get that from my mother, believe it or not,” Jones said. “My mom was 12 years old and was going to the pool at 4 in the morning before school. I can’t even wake up and know what day it is. I still can’t believe my mom did that.

“I need to start pushing myself to be like her. It’s unbelievable that she is my mother and did all that stuff. It’s going to be hard to follow — I’m trying. She definitely has been one of the biggest influences.”

And when it comes to work ethic, Jones looked to none other than his older brother Mitch, who plays for the Ontario Hockey League’s Plymouth Whalers.

“He’s the biggest influence on me,” Max said Mitch, who is three years older. “I have never seen a kid work as hard as he does to get to his goal. His offseasons are unbelievable; he works through whatever the coaches are telling him to do. He wants to prove people wrong. That is something that I think is unbelievable.

“He was undrafted, but he is constantly putting in work. He was invited to Ottawa’s camp and proved everyone wrong. Now he is starting to see things on the right foot and, hopefully, he will get somewhere. I think he will.”

Growing up, Max and Mitch were always playing hockey together.

“My brother was really hard on me,” Max said. “There was a time in the basement when we were playing mini-sticks and he went to hit me, and he went through the wall and put a hole in the wall.”

The hole remains in the wall today.

At the same time, Mitch is a mentor to Max, and the younger brother has turned to the older brother for advice since joining the NTDP.

This week, Max Jones and his U.S. teammates gear up for their first international tournament, the 2014 World Under-17 Hockey Challenge in Sarnia, Ontario. It is a special moment for Jones, who will get a chance to face off against some of the top players in the world, including his friend from back home, Sean Day, who will play for Canada Red.

“I’m excited to play against foreign countries and a chance to play against one of my really good buddies, Sean Day,” said Jones, who will play Day on Nov. 4. “It’s a lot easier for my family and my grandmother to drive over and watch us play. It’s close enough that they can go to a game and drive back afterwards.”

One thing is for sure: Jones will be sure to show his competitive nature, his work ethic and his passion on the international stage. 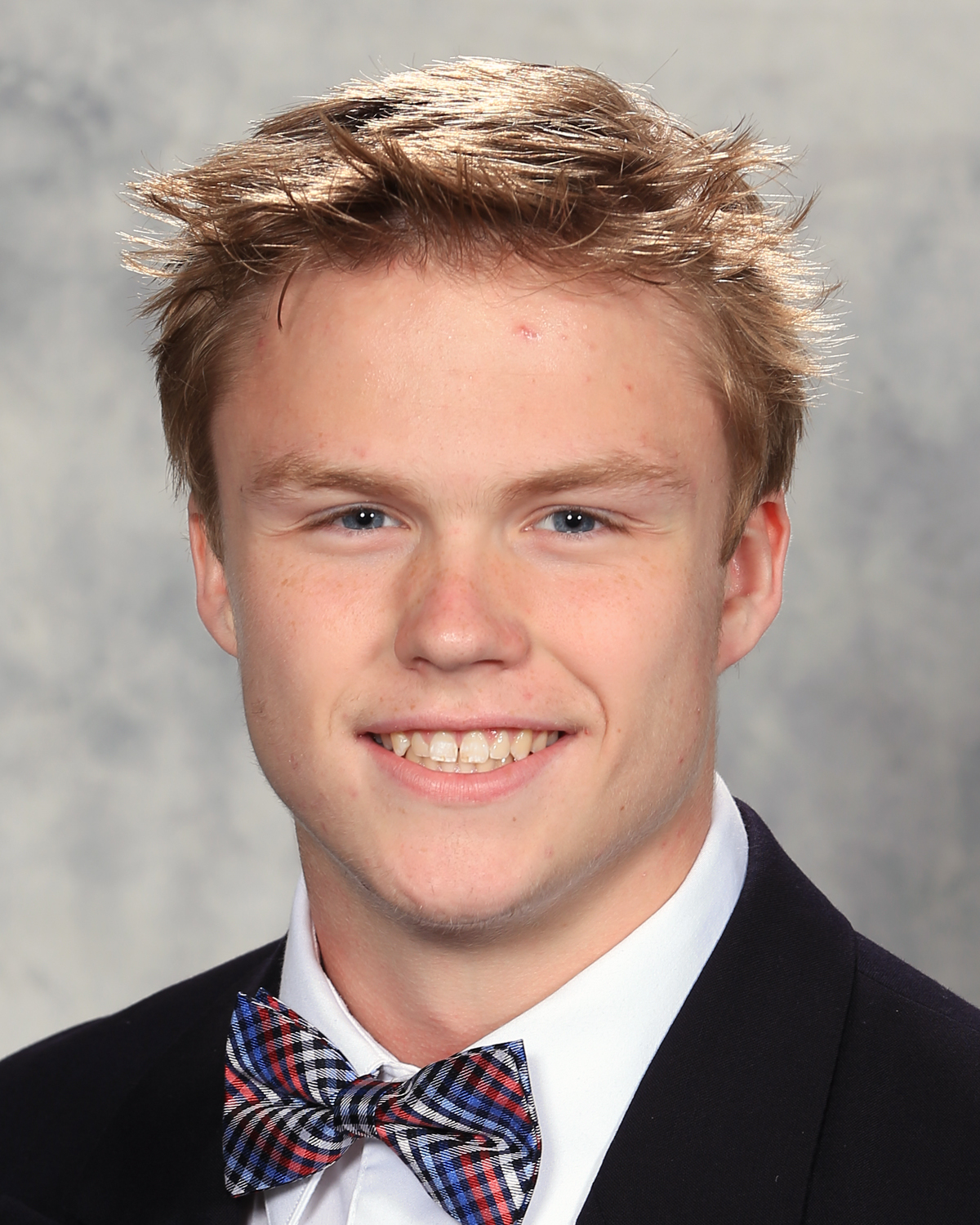 Favorite Sport (Outside of Hockey)
Rugby

Favorite Music
Of Monsters and Men