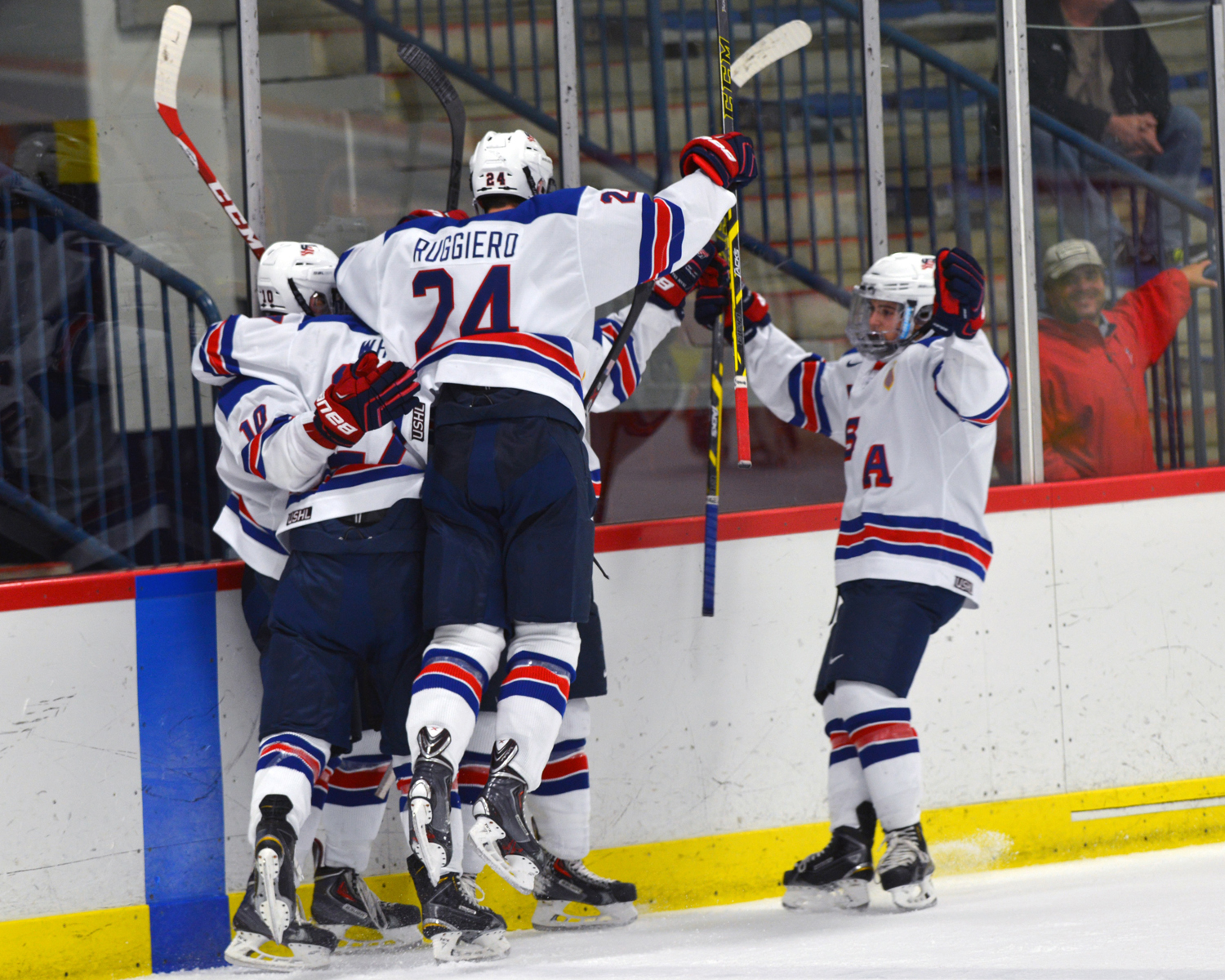 When he got another opportunity to join the program, this time as a member of the U18 squad for the 2014-15 season, it was an “easy choice” to say yes.

“It was a huge honor for me,” said Ruggiero, who spent last season with the Youngstown Phantoms in the United States Hockey League.

“I knew it was a good place for me, and when I had the chance to come here, it was an easy choice. It’s just the best for the on-ice and off-ice development. I am really happy to be here.”

After playing against Team USA last season in the USHL, Ruggiero is excited to play for the U.S. squad. He said he remembers last year’s contests against Team USA being very competitive and physical.

“Every game against them was fast,” Ruggiero recalled. “Every line comes at you hard, and I don’t think there is a drop off. The fourth-line guys could easily be the first-line guys. Everyone is strong. It was always a physical game, whether they won or lost. They came out and gave you the toughest match up that they could give. That is what I remember most.”

Despite being an opponent last season, Ruggiero said he felt welcomed by the NTDP group immediately upon arriving in Ann Arbor. It helped that he played with fellow U18 teammates Jeremy Bracco and Charles McAvoy while growing up in Kings Park, New York.

“It was real easy with the transition. I knew a couple of the guys coming in, and I played against a lot of them,” he said. “No doubt about it, it was a warm welcoming from both the coaches and the players. It was real easy to get comfortable, and I’m looking forward to the season.”

It also helped that Ruggiero’s season opener was back home — on Long Island — in a rink close to where he grew up.

“It was awesome to be back home,” he said. “It’s a really special event, especially at this age level where we are at now and playing for Team USA. My family and my friends were able to come out and watch me play.

“It was definitely a different feeling [to put on the USA sweater] than putting the one on for the festivals. It’s a different rush of excitement. You come out onto the ice — and I know both sides after being at Youngstown last year — it makes you feel a little more like, ‘Hey, this is my country and I’m getting to play every game and every practice with the USA logo.’ It makes it a little more special and exciting.”

It wasn’t always this easy for Ruggiero. The 6-foot-3, 200-lb. defenseman had to work hard to get his hockey up to speed when he was younger.

“Growing up, I wasn’t the greatest at first,” he said. “I was frustrated by hockey in general, but I wanted to be a hockey player. I was always outside, rollerblading and trying to get it down.”

Ruggiero began as a defenseman and later moved to forward before dropping back to the blue line again.

“One year, I was at tryouts with Bracco and we needed a D since we didn’t have enough with tryouts,” he said. “Since I had played the position when I was younger, I decided to drop back and it stuck. It just made me make the decision I wanted to be a defenseman and work on my game to get better.”

“I visited a lot of places, but Penn State was the first one I left where I said, ‘This is the one where I want to be,’ ” Ruggiero said. “They have a new facility, and that is the smallest of things. I was really comfortable with the coaching staff. I like the way they play and the way they want their players to conduct themselves, both on and off the ice. It was a good fit for me.

“The academic portion was important, too, as I wanted a place where I could handle both hockey and get good grades. It’s a perfect place for me. I want to help build a program and hopefully, win a national championship one day.” 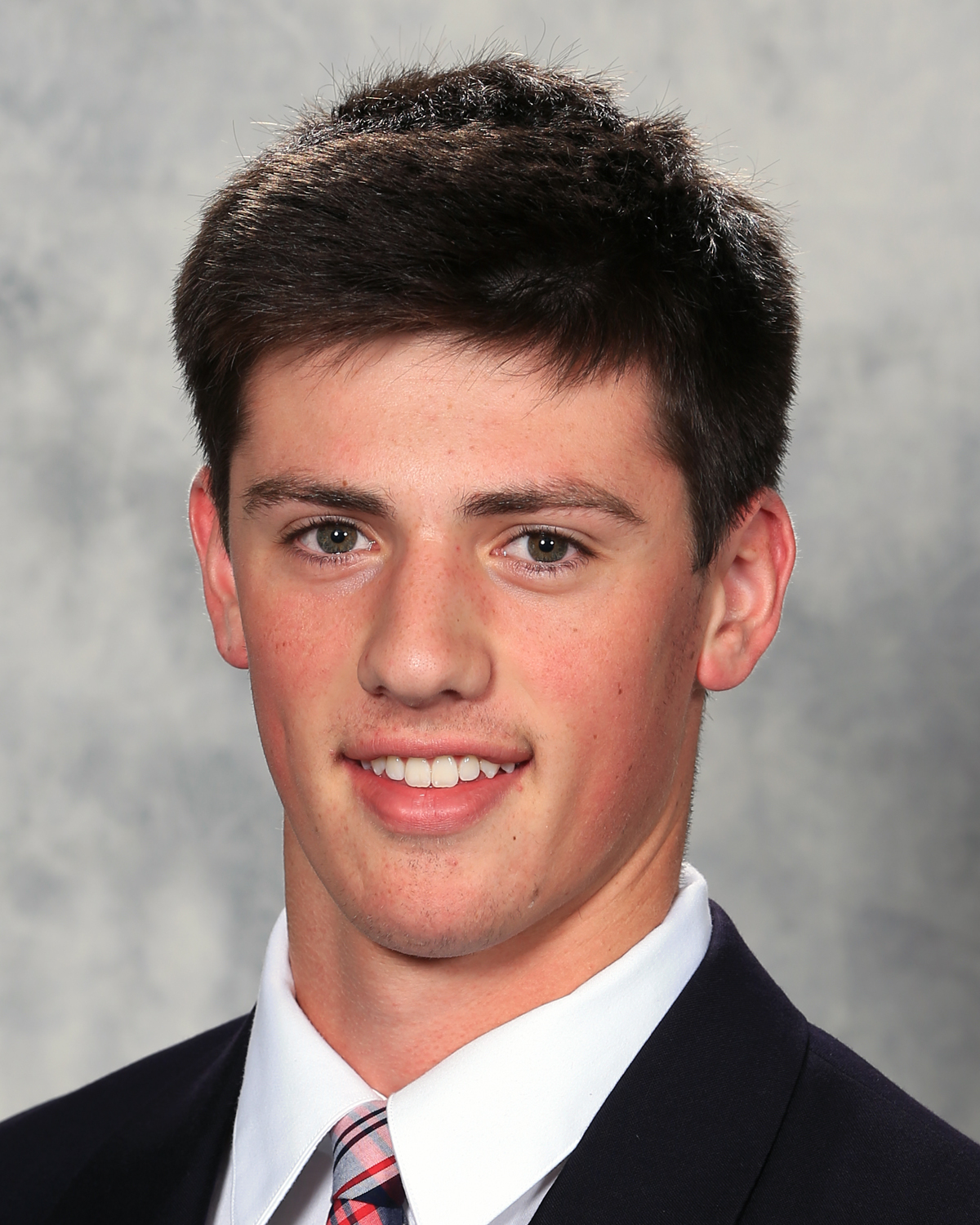