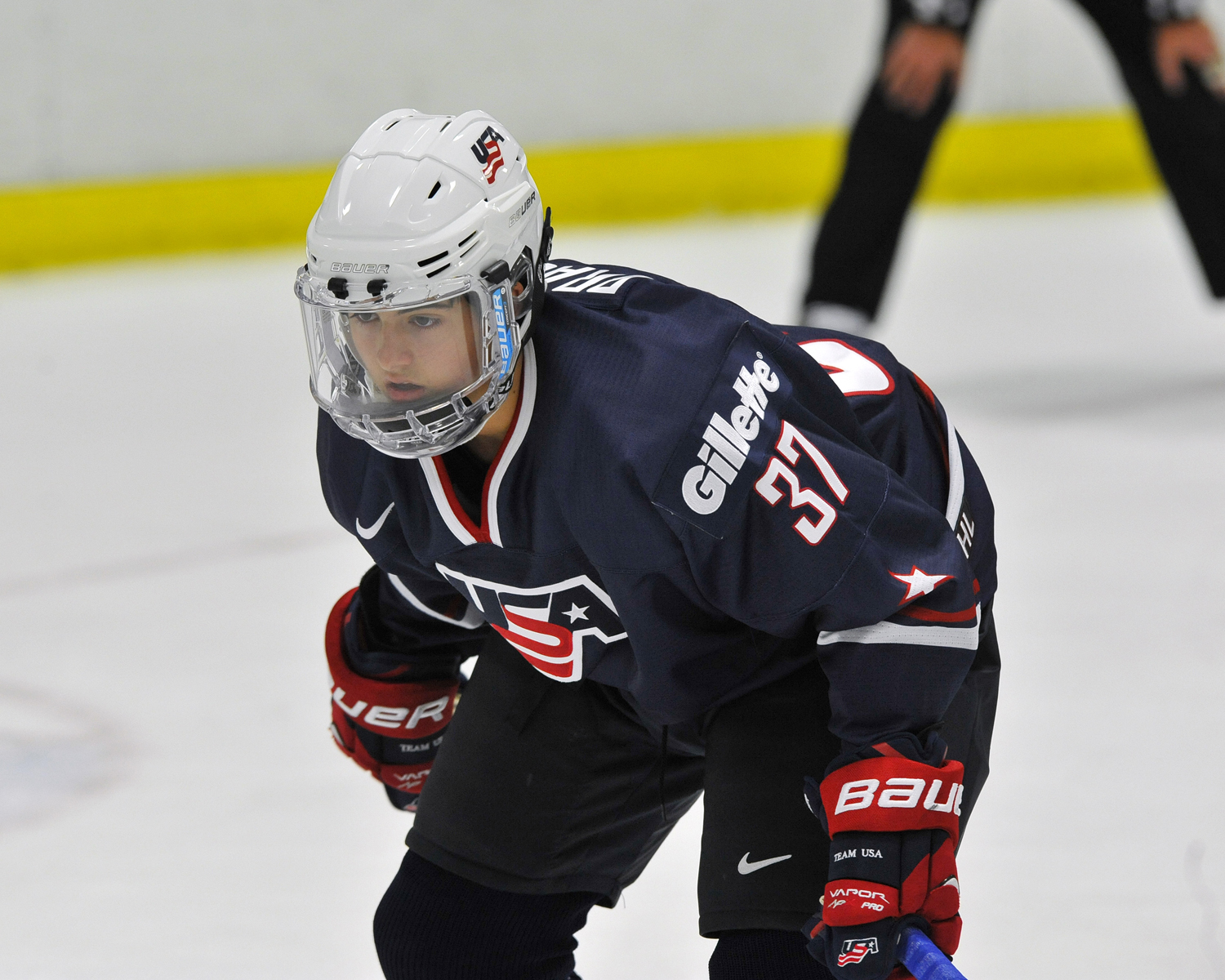 The United States Hockey League Atlantic Challenge was a special homecoming for U.S. National Under-18 Team forward Jeremy Bracco.  After all, he got to play at his home rink — the Twin Rinks Ice Center, on Long Island — and eat at his family’s restaurant with his teammates.

On top of all that, he even scored a few goals.

“It was unbelievable,” exclaimed Bracco, a native of Freeport, New York. “I had a ton of family and friends come out to see me play. To go back to the rink where I trained all summer, and all the kids that my brother plays with know who I am, and [U18 teammates] Charlie [McAvoy] and Steven [Ruggiero]. It was definitely a good homecoming for us, especially to get the two wins it was big.”

Bracco and his U18 Team posted wins in both games over the weekend, against Muskegon on Sept. 5, and Lincoln on Sept 6, to open the USHL season.

“Since the beginning of August, everyone was anxious to get back and get the games going,” said Bracco, who registered two goals in the win over Lincoln. “There was a lot of energy in the first two games, but it was a little sloppy, too. We cleaned it up and got two wins, which was huge. It was nice to do that at home.”

Last year as a member of the U17 squad, Bracco set the NTDP single-season assist record with 58 helpers. He broke the previous record of 50 that was set by two-time U.S. Olympian Patrick Kane (Buffalo, N.Y.) in 2005-06 and was first set by Andy Hilbert (Howell, Mich.) in 1998-99. Bracco is quick to credit others for his success last season in setting the record.

“It wasn’t just me,” he said. “I definitely played with two guys who could bury the puck last year, and my teammates really helped out a ton. It’s mostly a credit to them. I just make the play and they bury it. It was a great experience.”

One thing that Bracco is excited about is the upcoming CCM/USA Hockey All-American Prospects Game, which will be held on Sept. 25, at First Niagara Center, home of the NHL’s Buffalo Sabres. Bracco is one of four New York natives who earned an invitation to the event, which features 42 of the top American-born prospects eligible for the 2015 NHL Entry Draft

“It’s a tremendous honor to go out there with the best players in your age from the United States,” said Bracco, who will play for Team Mike Grier. “I’m looking forward to it, as I’m sure a lot of the guys in the locker room are, too.

Plus, it will give Bracco and his teammates some bragging rights when it comes to the wining team, since some of the current U18 teammates will be separated between the two teams, Team Grier and Team Eddie Olczyk.

“We have been joking around about it,” Bracco said. “Everyone knows what is going on so I can’t do my thing. Some guys will be keying on other things and others know what are weaknesses are, so it will be funny.”

Bracco credits the National Team Development Program with helping him become a better player through the program’s training on and off the ice.

“When I came here I was 140 pounds, and now I’m 170,” he said. “That is a big thing for me. Everyone tells me you are small. I used that to motivate myself to try and get better and beat out the bigger guys.”

Yet he is still not satisfied.

“I want to get bigger, stronger and better in every way I can to prepare myself for the next level,” he said. “Plus, I want to win a gold medal and carry the tradition that the ’96s did last year [at the Under-18 World Championship in April]. It would be big for us.”

Last year, Bracco helped the U.S. team win the World Under-17 Hockey Challenge. He said the players don’t feel any pressure going into the season, though.

Following his NTDP career, Bracco plans to continue his hockey career at Boston College. It was an easy decision for him.

“I felt very comfortable there,” Bracco said. “Another big factor was my line mate, Colin White, who I have played with for the last year. We definitely have tremendous chemistry.

“And, I know Casey [Fitzgerald] is going there and Noah [Hanifin], who went to BC this year. I just felt it was a great fit with my style of play and the smaller guys who have been through there. It felt like the right move.”

Without a doubt, Bracco is up to the challenge. 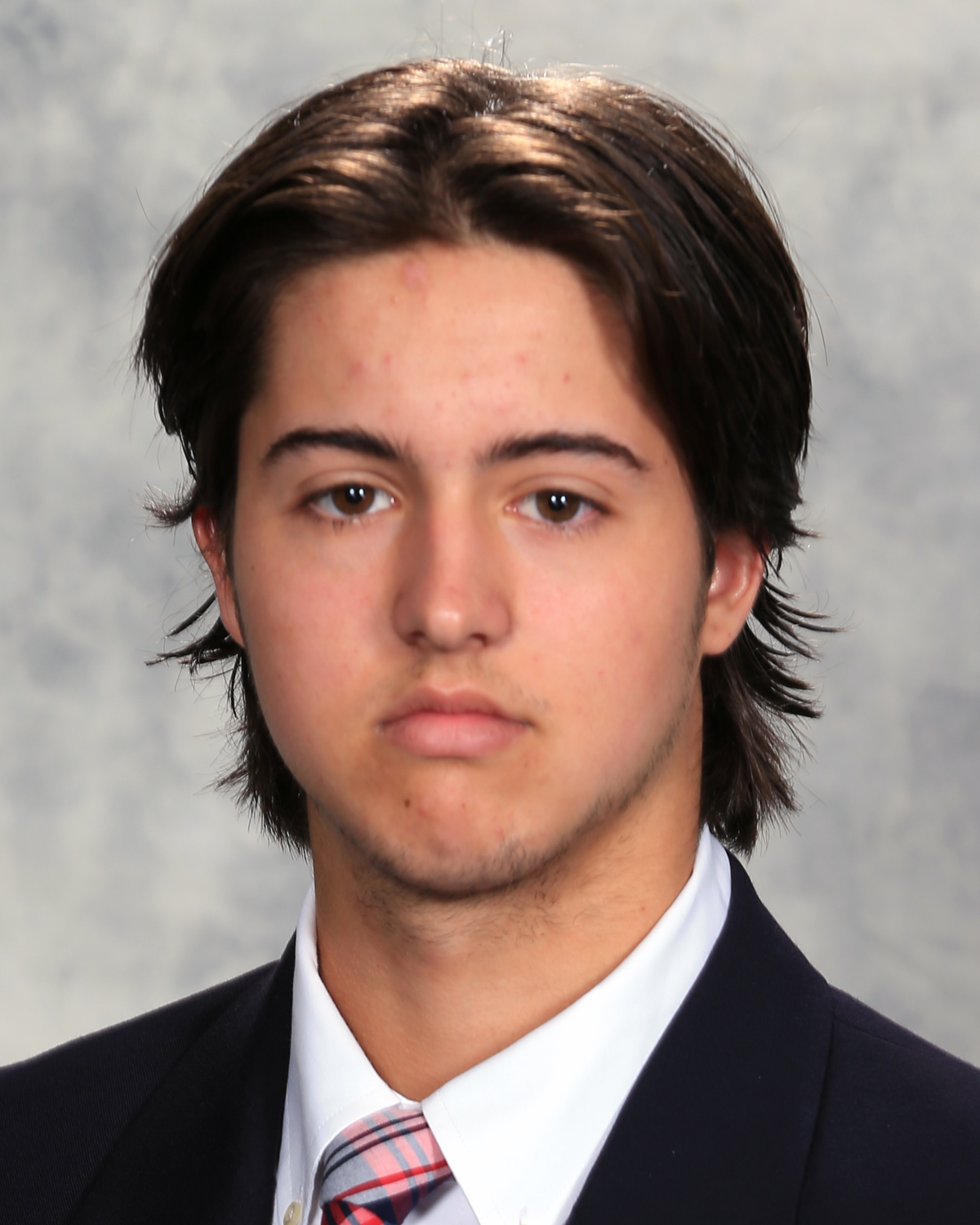