Player Feature - Gabriele Plans to Make Most of His Opportunity 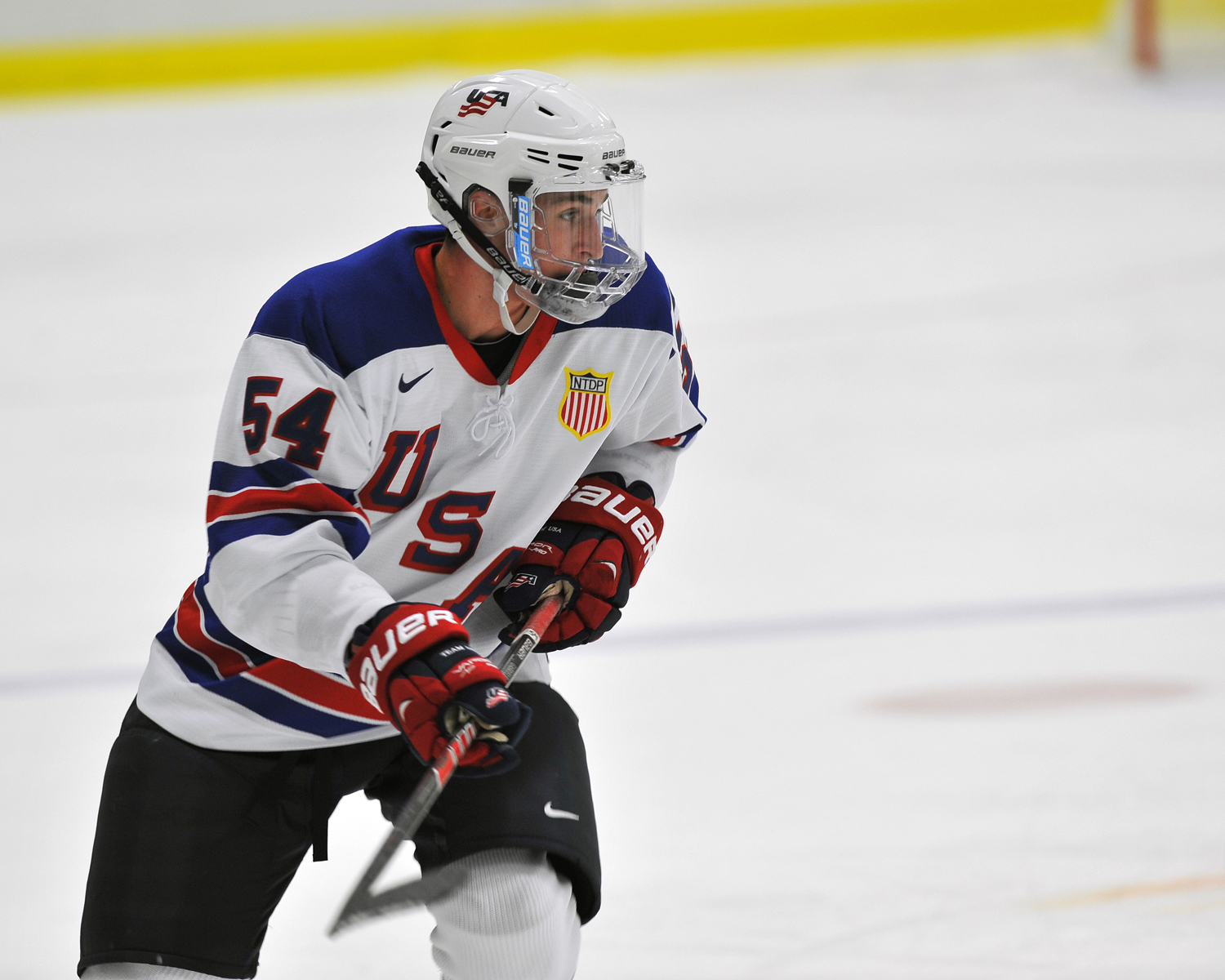 It’s going to be pretty difficult to wipe the smile off Grant Gabriele’s face this season. After splitting time with the U.S. National Under-17 Team and the Victory Honda midget major program of the Tier I Elite Hockey League in 2013-14, Gabriele earned a full roster spot with the Under-18 squad this year.

“Last year, I was a part-time player for Team USA. I went to a different school and was not a full-time member of the team,” explained Gabriele. “This fall, I feel much more part of the team. I’m playing a bigger role. It’s definitely different. I’m living here [in Ann Arbor] and I’m here to play hockey and help the team. I’m with the guys all the time. Last year, it was tough at times.”

Plus, with his experience from last year, Gabriele is able to help ease the transition of the three newcomers – Steven Ruggiero, Troy Terry and Tage Thompson – on this year’s roster.

“For me, it’s a big help since I know the current guys already,” he explained. “It has made it easier. I can help the new players [with the transition].”

The Brighton, Michigan, native dreamed about being a full-time player so he was pumped to get the call last spring to join the Under-18 Team as a full-time member. In addition, he is following in the footsteps of his neighbor – former National Team Development Program and current New Jersey Devils blue-liner Jon Merrill (2008-10).

“Jon always told me what a good experience it was and how much fun he had, and looked what he has done,” explained Gabriele, who plans to attend Western Michigan and play college hockey in 2014-15. “When I got the call, I definitely said yes. It always has been a dream; I can’t deny it. Plus, it makes me realize the years of practice and games have paid off with earning a spot. It felt good.”

Merrill also gave his former neighbor some advice that Gabriele is taking to heart.

“He told me to show up every day and give it your all. You might never play for the country again after this. This is the best two years of your life,” said Gabriele on the advice.

In addition to Merrill, Gabriele’s love for hockey and his love of the playing the blue line began with his mom.

“My mom played hockey and I grew up watching her,” explained Gabriele. “She was a defenseman. I didn’t mind forward but I really liked the action on D. You can control the puck and the play.”

Even being a part-time player last season, it was a difficult transition at times for Gabriele, especially in United States Hockey League play. He plans to use these experiences this season as the U18s will play again in the USHL, against college competition and in international play.

“It was a big difference in the USHL – the guys were stronger and had more experience,” he remarked. “We may not have had the most talented team but we had to make sure that we played as a team and play our role. Every shift you have to give it your all. You need to play hard.”

Gabriele and his teammates started out with a pair of victories at the USHL Atlantic Challenge this past weekend. It was a good experience to get the season underway.

“We definitely wanted to shake off the rust,” he said. “We wanted to play as a team and get our legs underneath us.”

In addition to the Under-18 World Championship, there is one other game that he has circled on his calendar – the Oct. 6 game at the University of Michigan.

“I grew up watching Michigan,” he commented. “I know some of the guys. [Current Michigan captain and former NTDP forward] Andrew Copp’s dad was my coach when I was growing up. I look forward to the game; it should be a good game.”

Nothing will ever compare to the first time Gabriele stepped out onto the ice, wearing the colors of Team USA.

“The first game I played last year (Sept. 13, 2013, against Janesville) was such an incredible feeling,” he remarked. “To wear the USA jersey was such a special feeling. 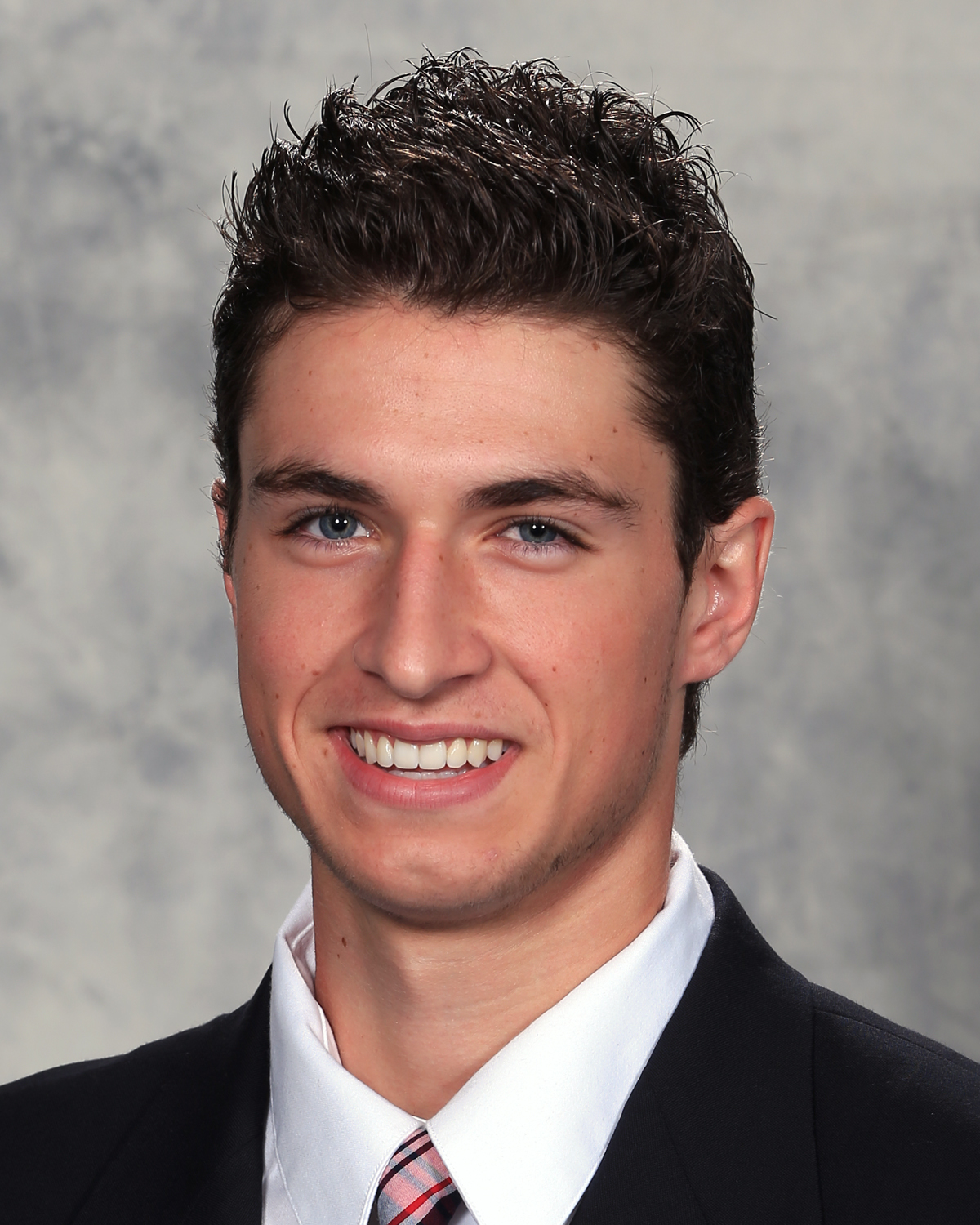