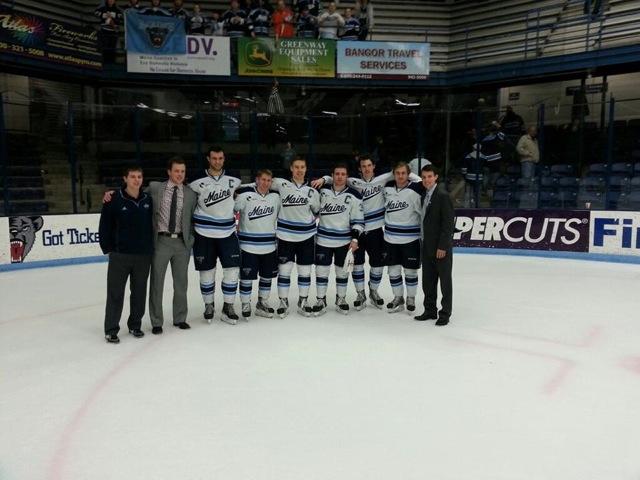 ANN ARBOR, Mich. - Tyler Walsh (East Lansing, Michigan) will serve as intern assistant coach for the U.S. National Under-17 Team, part of USA Hockey's National Team Development Program based in Ann Arbor, Michigan, during the 2014-15 season, it was announced today.

Walsh, who spent 2013-14 as director of hockey operations at Canisius College, was responsible for the program's video coordination, travel management and assistance of the Griffins coaching staff. He also compiled scouting reports on opponents.

Prior to his time at Canisius, Walsh spent three seasons (2010-13) as a student assistant coach and video coordinator at the University of Maine. With the Black Bears, Walsh was responsible for scouting opposing teams, video and served as an assistant to the coaching staff.

In addition, Walsh served as video coordinator for USA Hockey at the 2012 16U and 17U Select Festival in Rochester, New York. He has also served as an on-ice instructor at summer camps held at the University of Maine and Michigan State University while working with Holt (Michigan) High School.

Walsh earned a bachelor's degree in business administration from Maine in 2013.

Camp to be held March 20-24 at USA Hockey Arena

Lucius nets a pair for U18s