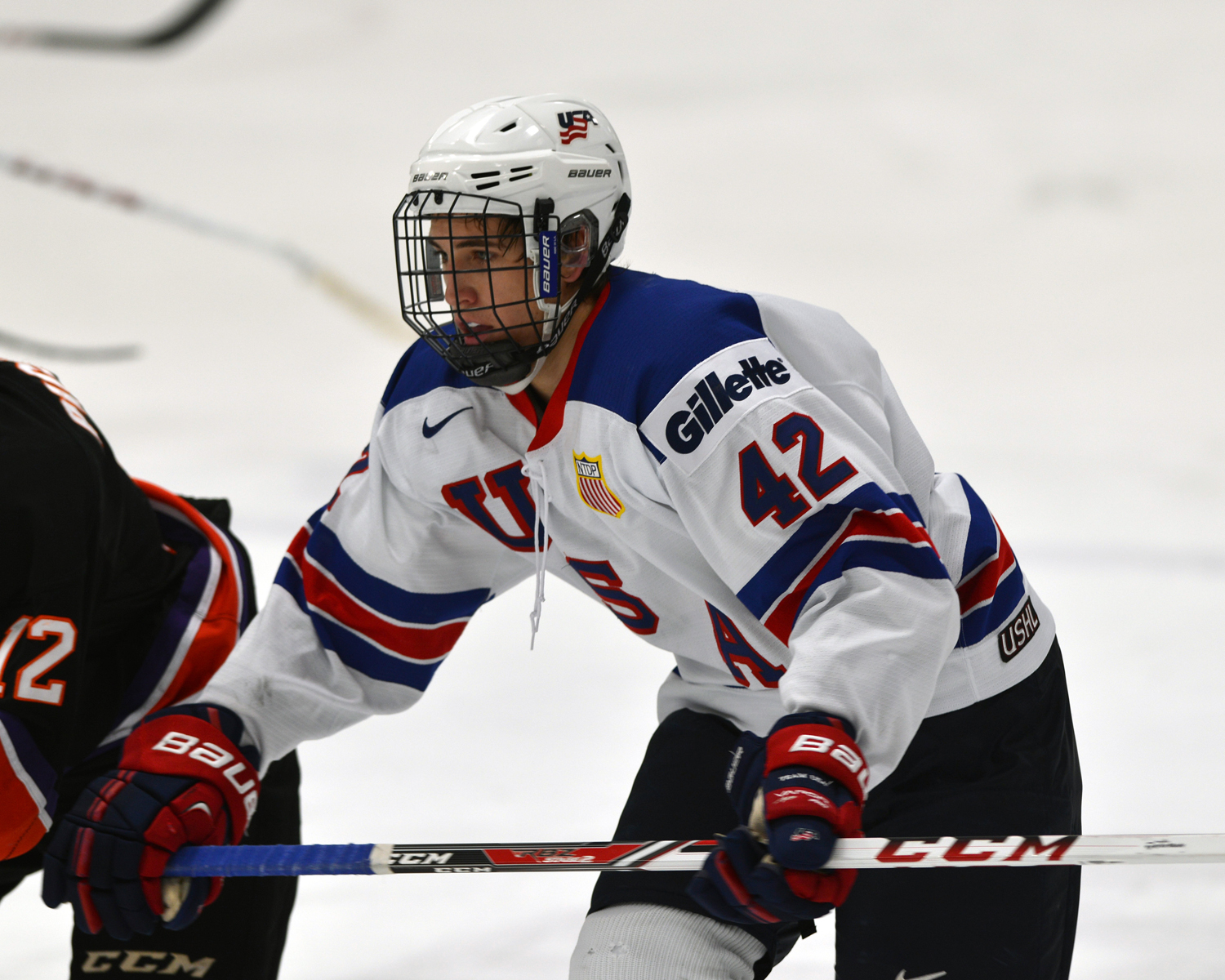 There were 10 things that Joseph Masonius missed during his first year with USA Hockey's National Team Development program in Ann Arbor, Michigan: his nine siblings, and the Atlantic Ocean.

“I grew up in Spring Lake, just one block from the ocean,” Masonius, a 5-foot-11, 177-pound defenseman, said of his New Jersey hometown. “I spent a lot of time there. This year was the first time I had moved away from home.

“I’m one of 10 kids, and being away from my siblings was a huge challenge. I have an older brother, two older sisters, three younger sisters and three younger brothers. I definitely was homesick, but I like Ann Arbor and got used to it.”

Hockey is what drives Masonius. He began playing when he was 3 and hasn’t looked back.

“I started because my older brother played the sport,” the University of New Hampshire commit said. “I learned how to skate on roller blades when I was 2 and starting playing hockey when I was 3. I just fell in love with the game. None of my friends played, but it was always something that I loved.”

His parents, T.J. and Ellen, might have wished at one time that he picked a different sport — it has something to do with the garage door.

“I used to shoot at the garage all the time,” Masonius said. “My parents would yell at me. I’m pretty sure that I put several holes in the garage. My parents finally got tired of it and got me a hockey net.”

More than likely, there was already a basketball net in the driveway. His mother played basketball at St. Joseph University and coached at UConn and Iona College. She has been one of Joseph’s biggest supporters.

“She has been a big help,” he said. “She really helps me with the mental things and is willing to give me some tips that as a player can go for basketball as well as hockey.”

Masonius played for the N.J. Hitmen midget major program in 2012-13 before arriving in Ann Arbor. The transition was difficult at times, but he learned a lot about himself as he played against older competition once again.

“It was a good transition. It wasn’t easy, but I definitely learned how to work on the defensive side of the game and learned the system the coaches put into place.”

At times, it also was a frustrating for Masonius. He was diagnosed with mononucleosis on his birthday, Feb. 17, and missed all but the final few games.

“It was frustrating, since I couldn’t play until the final four games of the season,” he said. “The first week and a half, I couldn’t even make it a full day in school. I was exhausted. I think I lost 10 pounds, but by the end of the season, I had added 20 pounds.

“The toughest part was when the team left for games. I couldn’t travel, and I was stuck at home. I would do my homework and watch TV with my billet family. That was hard.”

Despite the challenges, he had some great times and memories with his teammates.

“We had some funny moments and good times,” Masonius said. “I think the best moment was winning the World Under-17 Challenge. To win on the world stage, it was unbelievable.

“Plus we went 15-0 in international play. I have to credit to everyone involved from the trainers, to the equipment managers to the coaches. It was pure effort by all our guys. Everyone knows their role and we played as a team.”

Masonius will be busy training this summer to get ready for his final season with the NTDP. He is excited to add the college schedule to the schedule next year in addition to the United States Hockey League and international play.

“It will be another step up for us,” he said. “It will be good experience and a good chance to see where I stand when I get to the University of New Hampshire the following year.”

Picking UNH to continue his career and play college hockey was an easy choice.

“I just loved the spot; it is a great school and the coaching staff is awesome,” he said. “I felt at home. Plus, I learned the ocean is only 15 minutes away. It just felt like home.”

For Masonius, who grew up loving the ocean, that was the easiest sell. 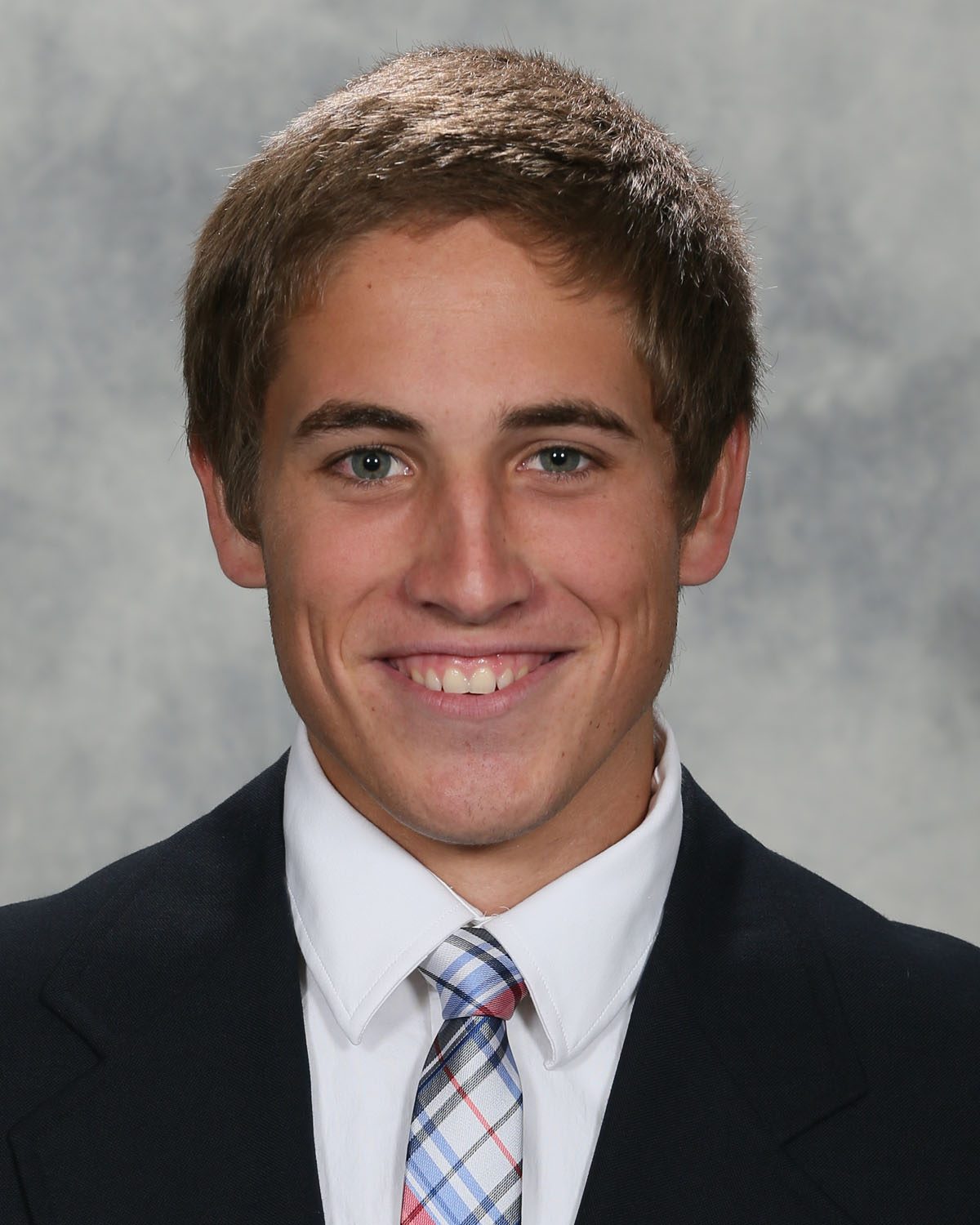 Favorite Sport (Outside of Hockey)
Surfing