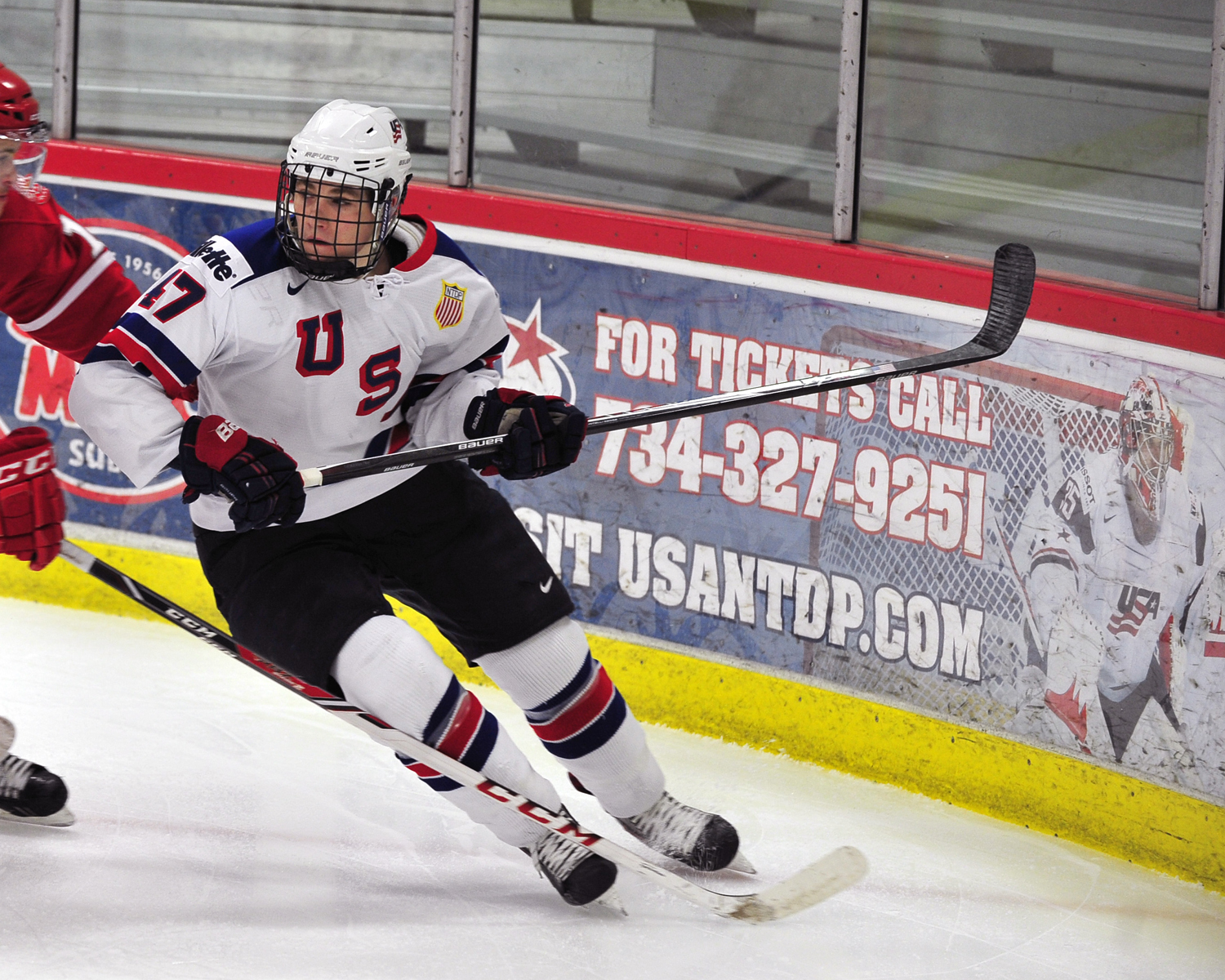 It was pretty easy for Matthew Tkachuk to enjoy hockey while growing up as the son of a National Hockey League star.

“I was 3 when I started playing hockey,” Tkachuk, a forward who just wrapped up his Under-17 season with USA Hockey's National Team Development Program, said. “I just fell in love with it from the beginning. I used to go to my dad’s games, and he forced me into skates but I just loved it.”

The elder Tkachuk, Keith, is a 19-year NHL veteran who played for four different teams and appeared in four Olympic Winter Games for Team USA. Matthew said he learned a lot about the sport just by being around Keith and his teammates.

“Being around the guys and seeing how they cared about themselves as professionals. I saw what it takes to be a pro hockey player,” said Matthew, who was 12 when his dad retired.

After Keith finished his pro career, he served as one of Matthew’s hockey coaches for a few seasons.

“It wasn’t easy, but he wants the best for me. He pushed just as hard and didn’t give me anything easy,” Matthew said. “I feel because of that I have become stronger and better because of him. It’s unbelievable [when I look back]. I wouldn’t be here without him or my mom.”

Matthew, who hails from St. Louis, credits the NHL’s St. Louis Blues for making his hometown a “hockey hotbed” for the next generation of players.

“Growing up, when I was really young, the Blues were not that good,” he said. “Not everybody was into hockey. In the last five years, the former pros have really been promoting the game around St. Louis, helping out with youth teams and camps.

“They are making St. Louis a hockey hotbed. I look at the players that have made it, playing for Team USA and going onto the pros. They want to do the same things. It is the coaching and parents who are willing to do whatever for us.”

It’s no surprise, then, that Tkachuk arrived in Ann Arbor, Mich., to begin his two-year stint with the NTDP with two of his former St. Louis Blues midget minor teammates in Luke Kunin and Luke Opilka. Having that familiarity made the transition much easier for Tkachuk.

“They were going through the same things I was going through,” he said. “[We] have been through many things already, the ups and downs, so it was easier to come here with those two.”

Tkachuk, a 5-foot-11, 180-pound forward, appeared in 53 games for the U17s this season, posting 13 goals and 33 points. He said improving the “little” things in his game this year have already made his overall game much better.

“Coach [Don] Granato has definitely taught me the little stuff in the game such as making smart decisions or slowing down the pace,” Tkachuk said. “For me, shooting more and playing to my size is important.

Tkachuk said he has so many memories from this past season, but one thing sticks out to him: international play.

“Winning the World U17 Challenge and going undefeated in international play,” he said of his best memories. “I credit our coaches and everyone in the program for developing us. We just got better and better throughout the whole year. We played our best hockey against our own age group.”

Tkachuk plans to be busy this summer, getting ready for his final season with the NTDP. He knows that by continuing to work on the “little” things, he will continue to grow his game.

“I plan to spend time in the weight room to get bigger and stronger so I can get ready to dominate next year with the 22 guys,” he said. 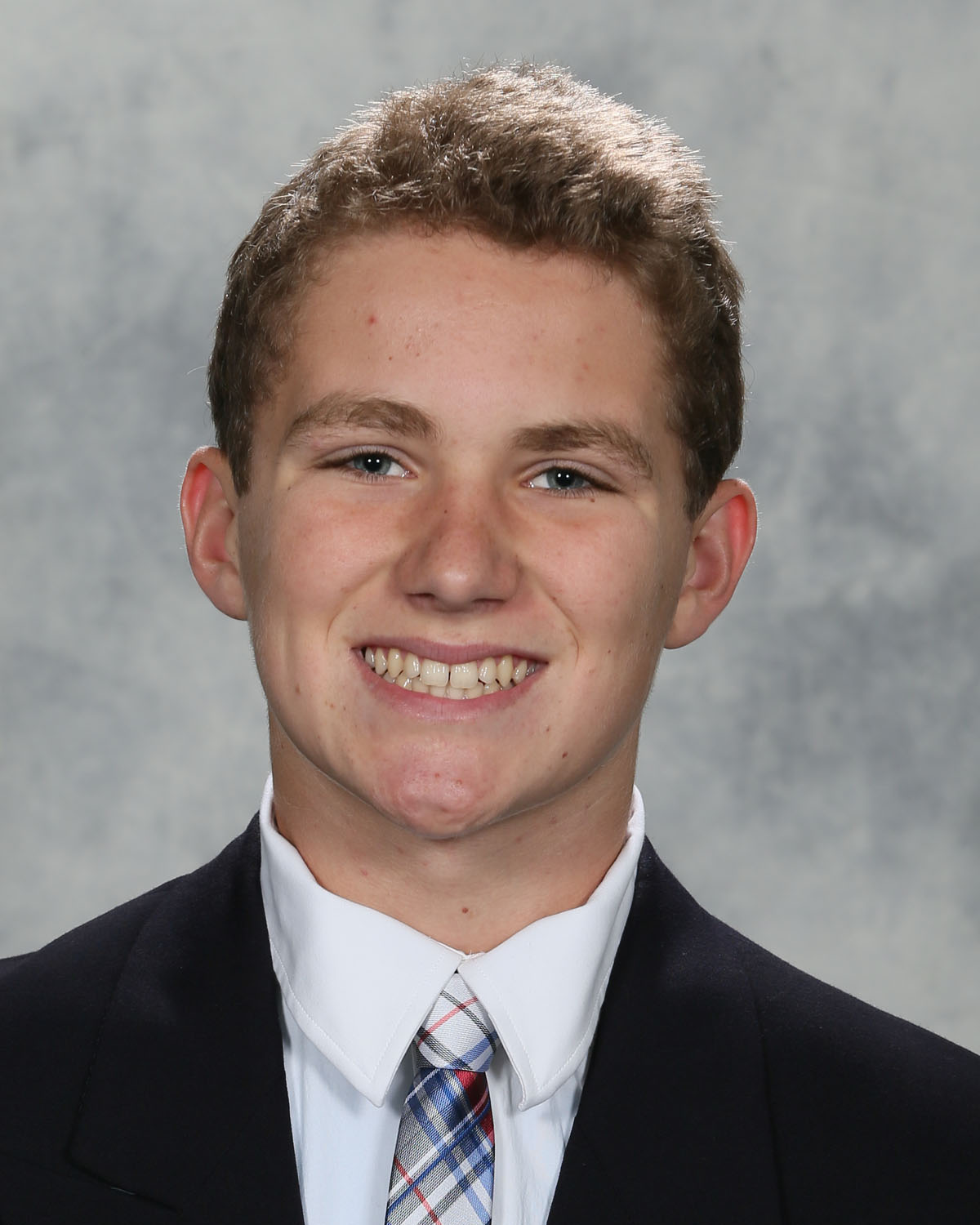 Favorite Pump-Up Song
"Jump Around" by House of Pain