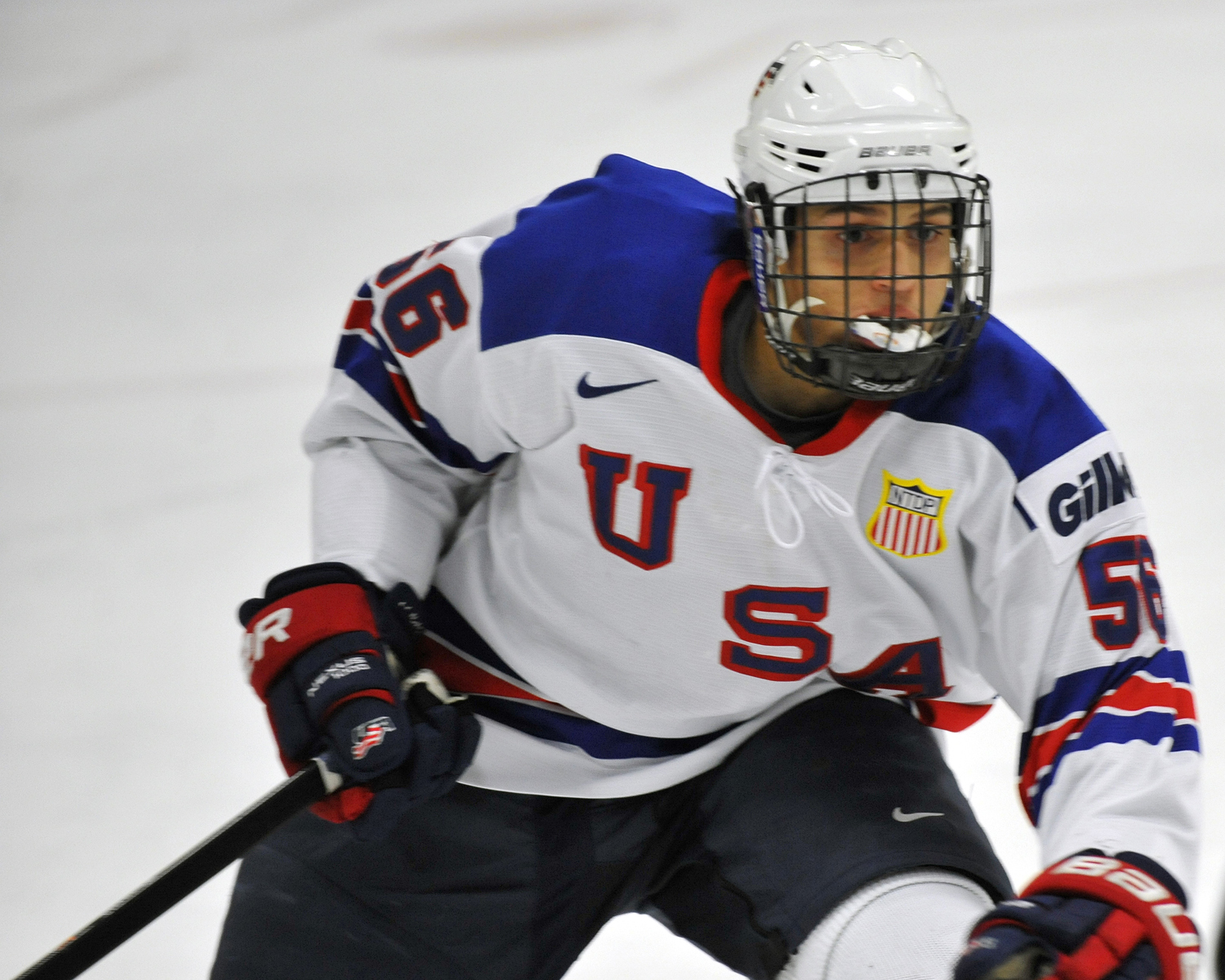 It didn’t take much for Caleb Jones to begin his hockey career. He just followed his older brothers, Justin and Seth, into the game.

“I started when I was 3 1/2. I was following my older brothers since they started at the same time,” he said. “It just happened to be the age I was when they started playing. I liked the speed of hockey and the quick decision-making. I saw them doing it, and I wanted to do it, too, to be honest.”

It was easy for Caleb to follow his brothers, as they have had a tremendous impact on him when he was growing up.

“I watched both of them growing up,” said Caleb, a defenseman who just wrapped up his Under-17 season with USA Hockey's National Team Development Program in Ann Arbor, Mich. “I saw Seth and how he was successful. It made me want to get to the same level he is at. My other brother played junior and college hockey.”

Perhaps the most difficult role for Caleb has been growing up and following in Seth’s footsteps. Seth played at the NTDP from 2010-12 and won two gold medals at the IIHF Men's Under-18 World Championship before joining the National Hockey League’s Nashville Predators.

“It is pretty difficult [to live in Seth’s shadow],” Caleb said. “You hear what people say, that they just took him because it’s his brother. I used it as motivation to be honest. I’m my own player; I’m not in his shadow. I’m eventually going to get out of it. I use that as my motivation.”

Caleb Jones also had two other strong influences — his mother and his father — when it comes to hockey and being an athlete.

His mom, Amy, has been one of his rocks. She was the one that would typically take him to hockey practice and always made sure he was doing the right things.

“She has been huge,” Caleb said. “She raised all three of us right. It could be anything from manners to respecting people.

“She knows something about the game. She will critique me sometimes. I will hear from her after a game if I have done something wrong or if I played well. The big thing she has done is that she doesn’t care if I played bad, she only cared that I worked hard. If I am giving my full effort out there, that was all she ever asked for.”

It also helps that Caleb’s dad Ron — known better as “Popeye” — was an 11-year veteran of the National Basketball Association. He is now an assistant coach for the Indiana Pacers. Caleb played a little basketball growing up, but the sport just never stuck as hockey did.

“I actually played in seventh and eighth grade,” he said. “I did like it and still play pick up with my brothers in the summer. It was just something that I never wanted to do; it really wasn’t my real sport. It was more for fun.”

More than anything, Caleb turns to his dad for advice on what it means to be an athlete.

“He taught me every day is basically a tryout,” Caleb said. “You show up at the rink, you do the same routine, you work hard every day and you strive to be the best.”

The 5-foot-11, 188-pound defenseman played in the Dallas Stars program prior to coming to the NTDP in August 2013. He finished his U17 season in Ann Arbor having appeared in 52 games while posting one goal and 15 points.

“My own defensive end [is where I have grown the most],” Caleb said. “I have learned more about defensive awareness, and stick on puck, and where to be in the right situations, and making smart decisions on the ice.

“We do a lot of drills and create game situations, so when you get to a game, you are used to what is going on. The pace too is different. There are a lot better players [in the United Stated Hockey League] than there were in Texas. There is never an easy player you are going against; you always have to work hard to complete.”

A special moment for Caleb this season was when Seth was able to come to Ann Arbor to watch him play two games during the NHL’s Olympic break.

“I was really excited,” Caleb said. “Most of my family came out for that. It was nice. I think it gave me some extra energy. I wanted to show him that I have gotten better and he needs to watch out. It was nice seeing the whole family out here.”

Seth was equally excited to see his brother play and wear the USA jersey.

“It was awesome to see him play that weekend,” Seth said. “He is going through the same things that I went through with the program. He will develop as a player and a person, and I’m very happy and very proud of him.”

This summer, Caleb will continue to work on his game as he prepares for his final season with the NTDP.

“I will train, skate a lot and a lot of weight training,” he said. “I want to try and get bigger and stronger. I will probably work on the fundamentals on the ice, too — shooting, passing, skating. The fundamentals of the game will be important as I get prepared to come back next year.”

With each stride, Caleb continues to carve his own mark. 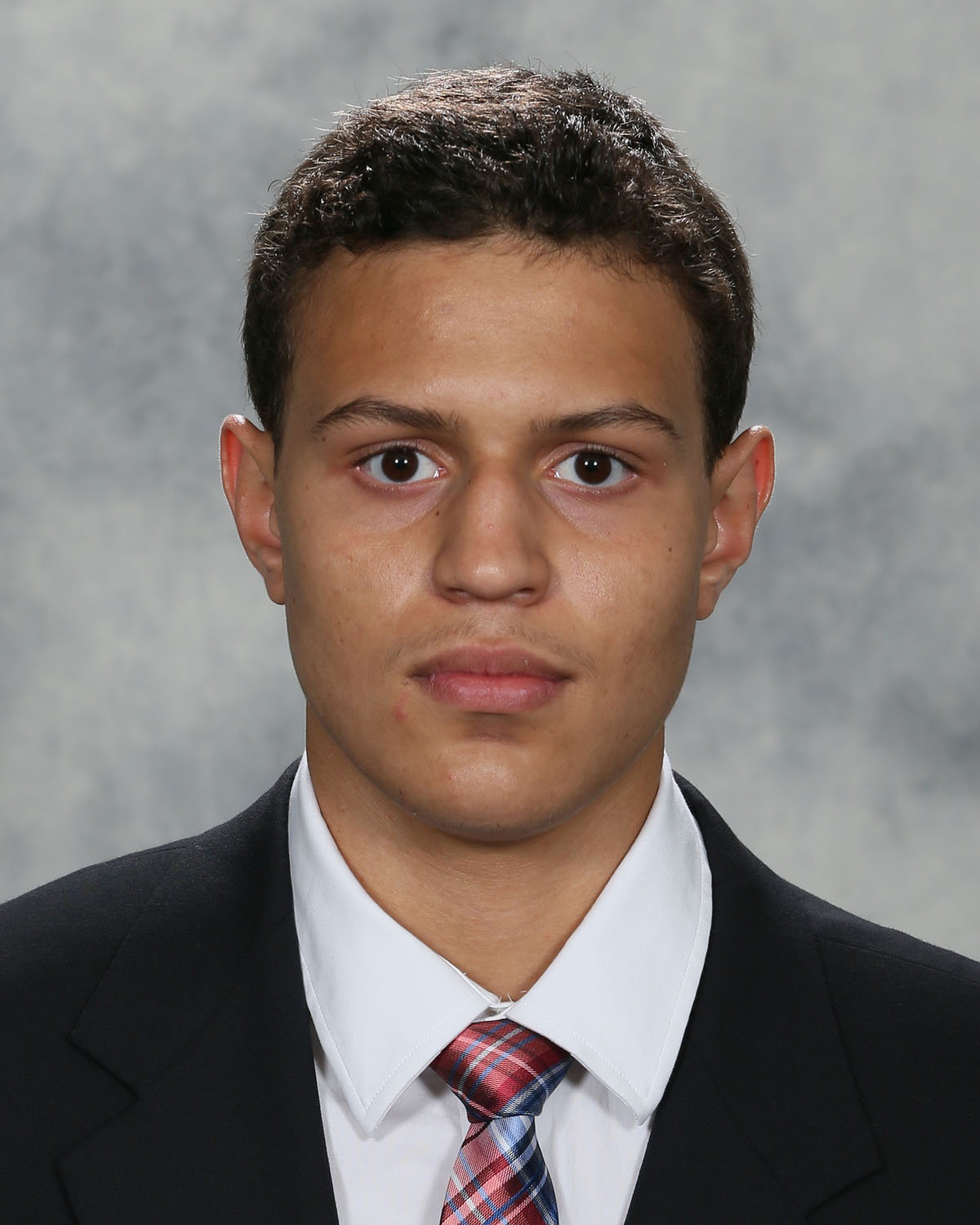