Player Feature - Greenway Follows His Dream at the NTDP 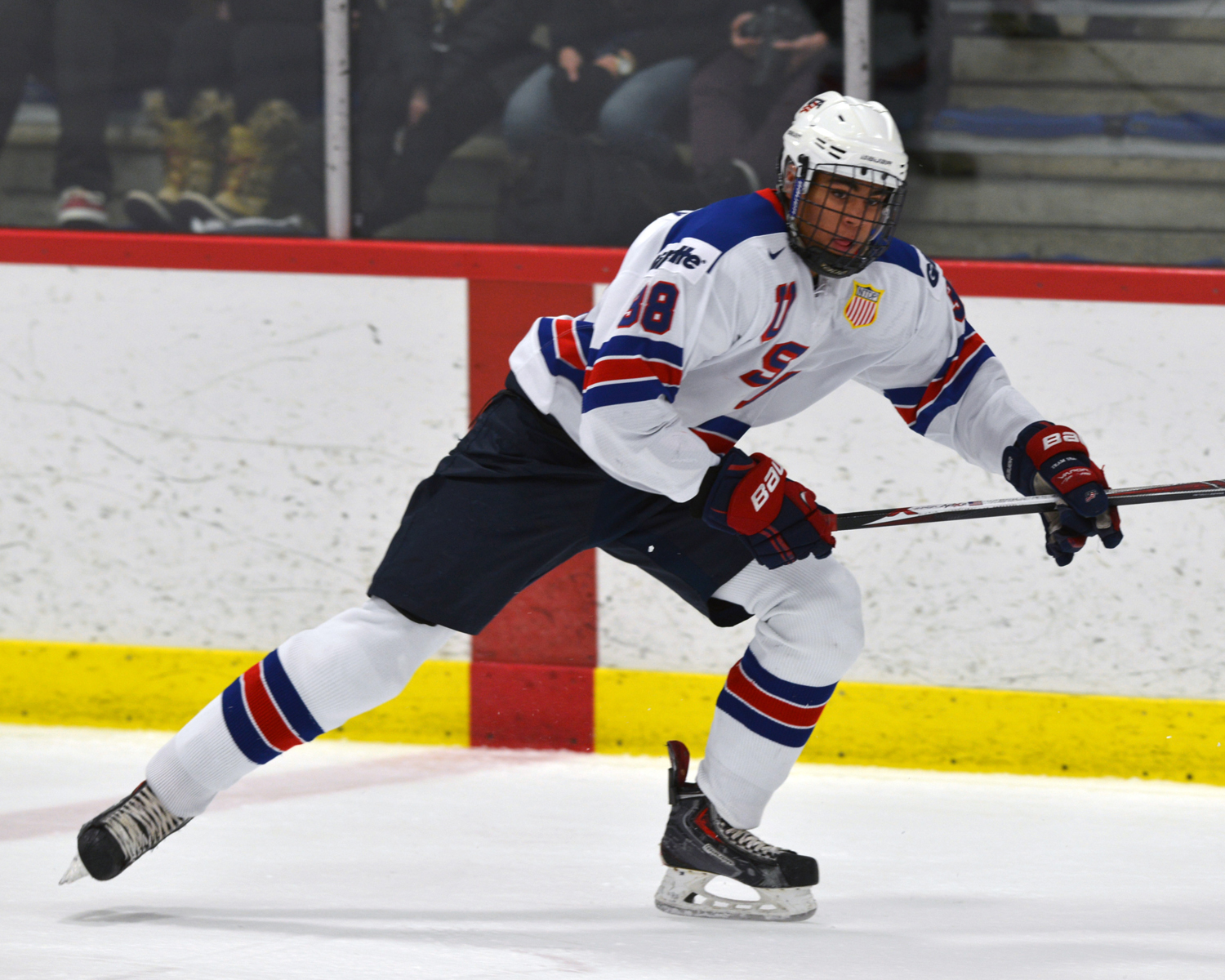 Growing up in Potsdam, New York, one thing Jordan Greenway always looked forward to was watching college hockey games in his hometown and hoping he could one day be on that ice.

“I went to a lot of Clarkson and St. Lawrence games growing up,” Greenway, who recently wrapped up his Under-17 season with USA Hockey's National Team Development Program, said. “As a kid, I wanted to be there one day. I just wanted to have the chance to be part of that when I was young.”

Greenway, who has committed to play for Boston University, began playing hockey when he was just 3.

“That was just skating,” he said. “Everyone in my family played hockey, especially my uncles. It was just my time. I started playing and really liked it, so I kept it going.

“Everyone in my hometown played hockey. Being at the rink with everyone and doing what we do, it was good fun. I wanted to take on the family tradition and play hockey. I just fell in love with it.”

After playing the 2012-13 season for Shattuck-St. Mary’s prep school in Minnesota, Greenway, a 6-foot-4, 214-pound forward, brought his game to Ann Arbor, Michigan, last season to continue his hockey career with the NTDP.

“Representing your country and the whole USA thing, it is something that everyone looks up to,” he said. “I think that a lot of people work to come here and to be able to say, ‘I made the team and play for the team.’ It’s an honor and I’m proud to be here.”

Greenway, who finished his first NTDP season with 16 goals and 41 points in 52 games, credits the NTDP for the growth in his game.

“My hockey IQ,” he said of his biggest improvement. “Coach has taught us a lot of things about the game and learning through experience.

“It’s easier to control the puck [when you use your size to your advantage]. Being a bigger guy, you can definitely protect the puck in the corners. It gives you the reach, which doesn’t allow the forwards or defensemen to get the puck. I am more of a power forward.”

Greenway is looking forward to next season for two reasons. For one, he gets to continue to work on his game. In addition, his little brother, James, will be joining the program as a member of the U17 squad.

“We have always gotten along and love being together,” said Jordan, who will play for the U18s. “Growing up, we were always together. He kind of followed me. I went to Shattuck, and he is there.

“Coming here and playing for pretty much the same team, seeing him at the rink every day, going to the same school together will be good. It’s definitely something I’m looking forward to. We have a good relationship. I look forward to seeing him grow as a hockey player. Obviously, we can help each other out.”

The brothers plan to work out together over the summer to get prepared for the rigors of the NTDP.

“We will go to various places to train together,” Jordan said. “We will work out every day. Pretty much, we will do everything together.”

Jordan has set a few goals that he plans to accomplish to be ready for his final year with the red, white and blue.

“My goal is to get better every day,” he said. “Obviously, it’s typical to say, ‘Go work out every day.’ I want to do something to separate myself from everyone else, whether it is lifting, skating or doing plyometrics. It is whatever I have to do.”

One of the memories from this past season that keeps Greenway going is the squad’s victory at the World Under-17 Hockey Challenge in Nova Scotia. 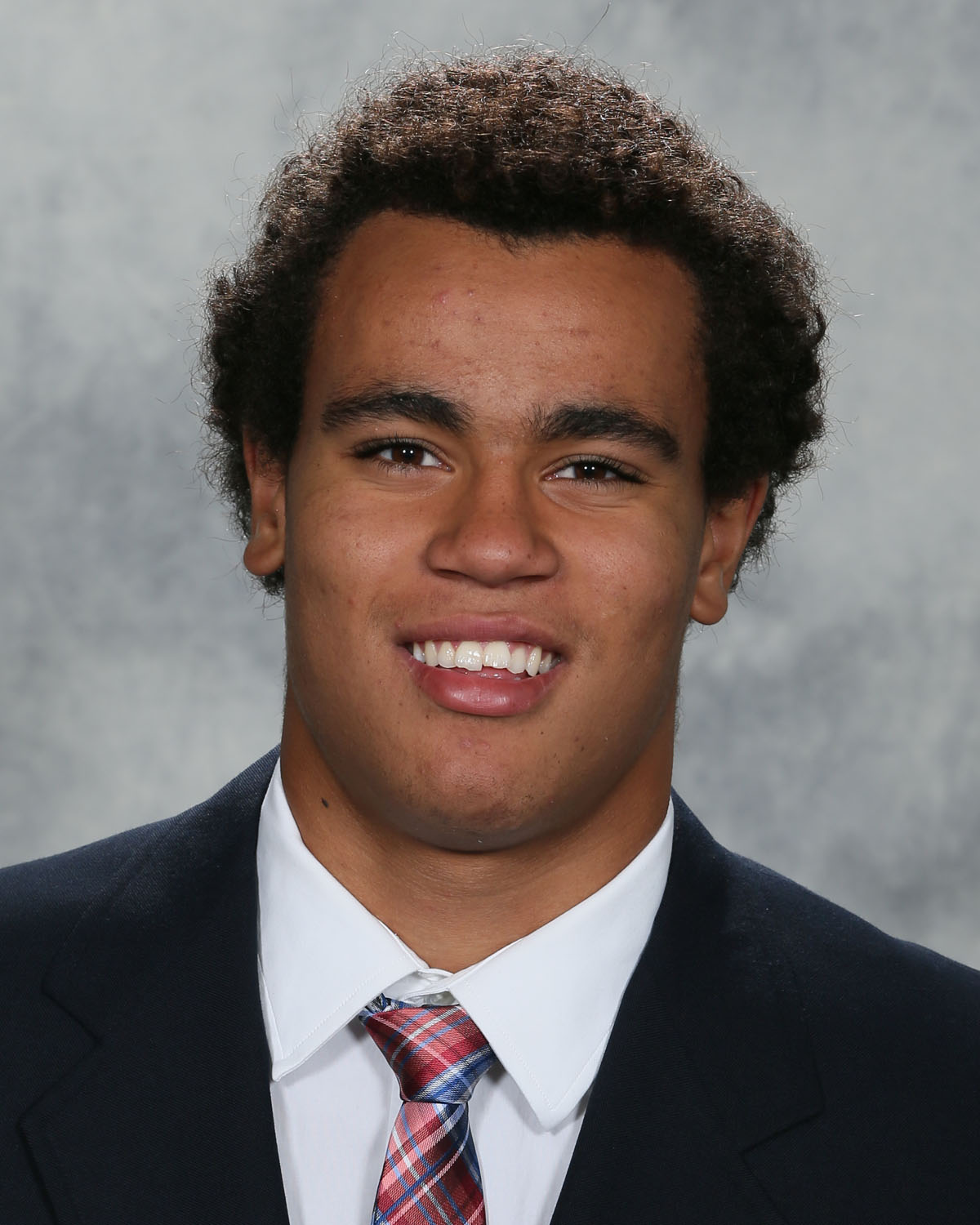