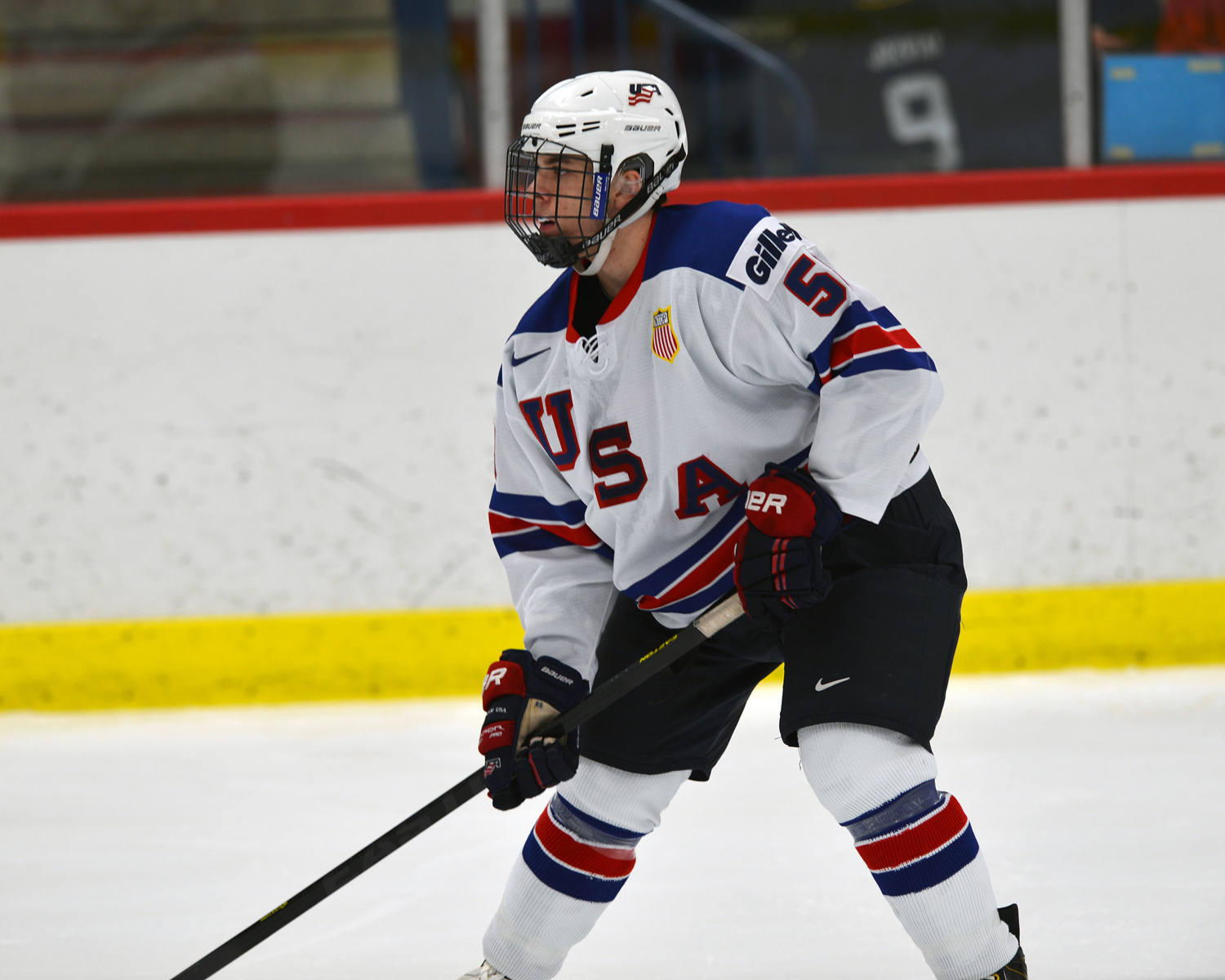 Casey Fitzgerald comes from a hockey family. Whether it’s his dad, Tom, his brother, Ryan, or cousins Jimmy and Kevin Hayes or Keith and Matthew Tkachuk, there is always someone to turn to for advice.

All of that support helped Casey earn a spot on the U.S. National Under-17 Team last season. Perhaps no one, however, has played as big of a role in the 5-foot-10, 171-pound defenseman’s development than his dad.

Tom Fitzgerald played in the National Hockey League from 1988-2006 for seven different teams. Some of that time was a blur for Casey, but some of his fondest memories in the sport came during the family’s travels between cities such as Boston, Toronto and Nashville.

“I think the first time I skated, my dad was playing for the Nashville Predators,” Casey said. “It really wasn’t a hockey hotbed, so it was kind of difficult. My first actual memory of playing the game was in Toronto. It’s a religion up there and so competitive. It was pretty crazy up there.”

Looking back, Fitzgerald, a native of North Reading, Mass., has a great appreciation for how much his dad has influenced him in the sport.

“I think us guys with dads who played, we have a leg up,” he said. “Dads are always telling us what to do, and if we make a mistake they are in our ear. They can see every little detail about what is wrong and correct you. It’s a plus.”

In fact, Tom Fitzgerald was one of the reasons on why Casey became a defensemen.

“I was 8 and my dad told me, ‘You are going to be a defenseman,’” Casey said. “I don’t know if he saw something in me. I was so mad. I tried it at first and didn’t like it at first. But as the years went on, I just stuck with it.”

That influence also was very apparent when Tom served as Casey’s head coach growing up.

“He coached me for four years when I played for the Valley Warriors Select Hockey. It was pretty rough,” Casey said. “He made me mentally tougher. He was always on me; he never took time off. If he would see something, he would correct it. Actually, he was real hard on the whole team, but it was to make us mentally tough. He wanted us to take care of the little details.”

Casey said he appreciates that coaching and training even more since joining the National Team Development Program. As a member of the U17s this past season, he appeared in 52 games and posted three goals and 12 points.

“I came from high school hockey last year, so that was a huge jump,” he said. “The jump was insane. The first couple games, I would look around and everyone was flying. After time goes on, you start to get used to it and you start to play the game.”

When he reflects back on the season, Fitzgerald is quick to point out just how much his game has grown.

“Honestly, it’s just making quick plays,” he said. “The weight room has definitely helped off the ice. The weight room gets you stronger to keep up with the 20 year olds. On the ice, my skating and getting stronger is helping.

“We watch a lot of video, especially NHL videos. We do watch some on our opponents but mostly NHL to watch what the pros do and model our game after them.”

Following his time at the NTDP, Fitzgerald plans to take his game to Boston College, where his brother Ryan recently finished his freshman year. Picking BC was an easy decision.

“I just watched BC hockey growing up, especially since my cousins, Jimmy and Kevin, play there,” Casey said. “It was been a dream school since I was a kid. It has been in my family; my grandfather is an alum.

“Ryan has taught me a lot along the way. We have always competed against each other. We push each other to our limits. He shows me the ropes and what to expect.”

That is exactly what happens when you can turn to your family for tradition. 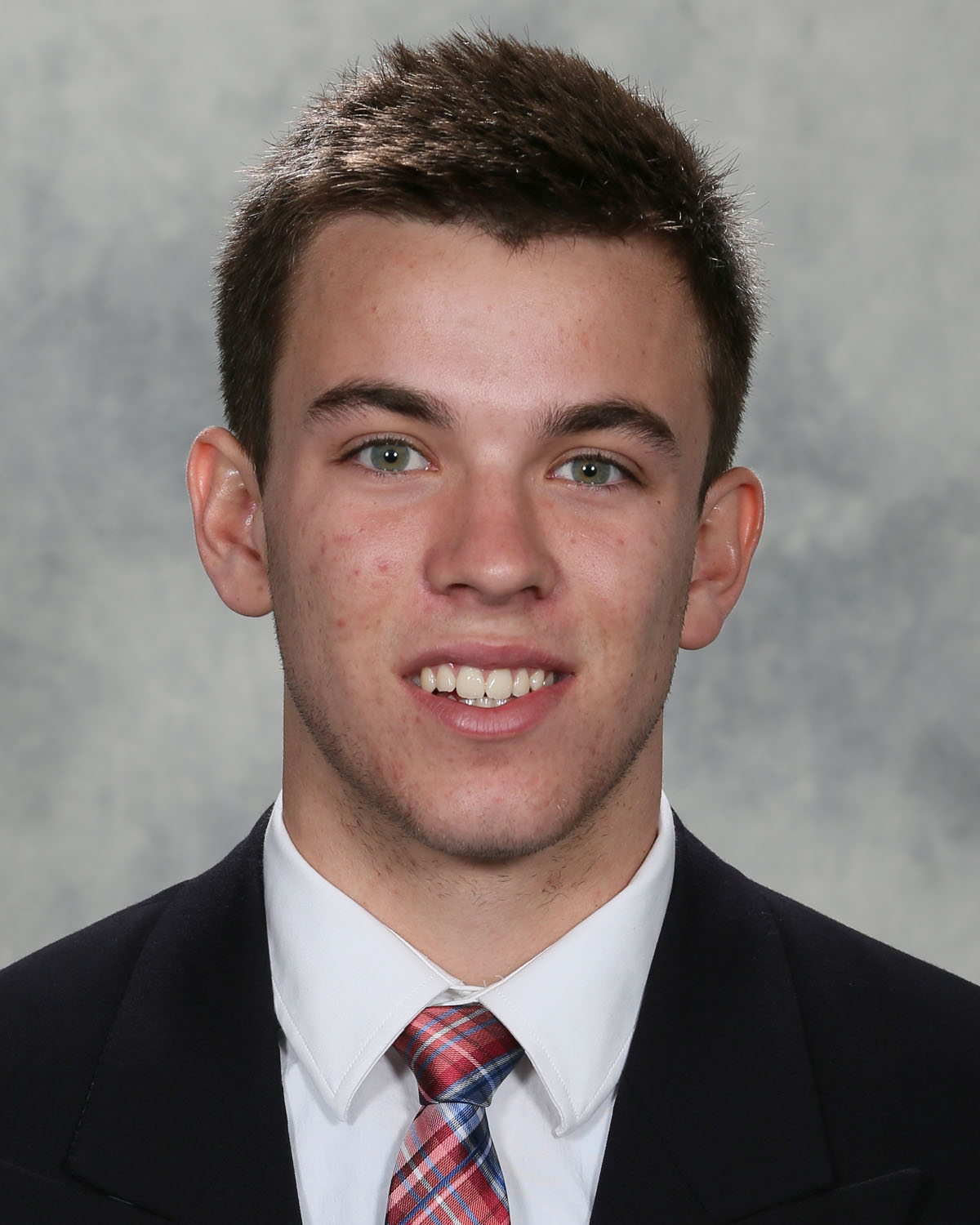 Favorite Book
The Boys of Winter by Wayne Coffey