Player Feature - White is Right at Home on the Ice 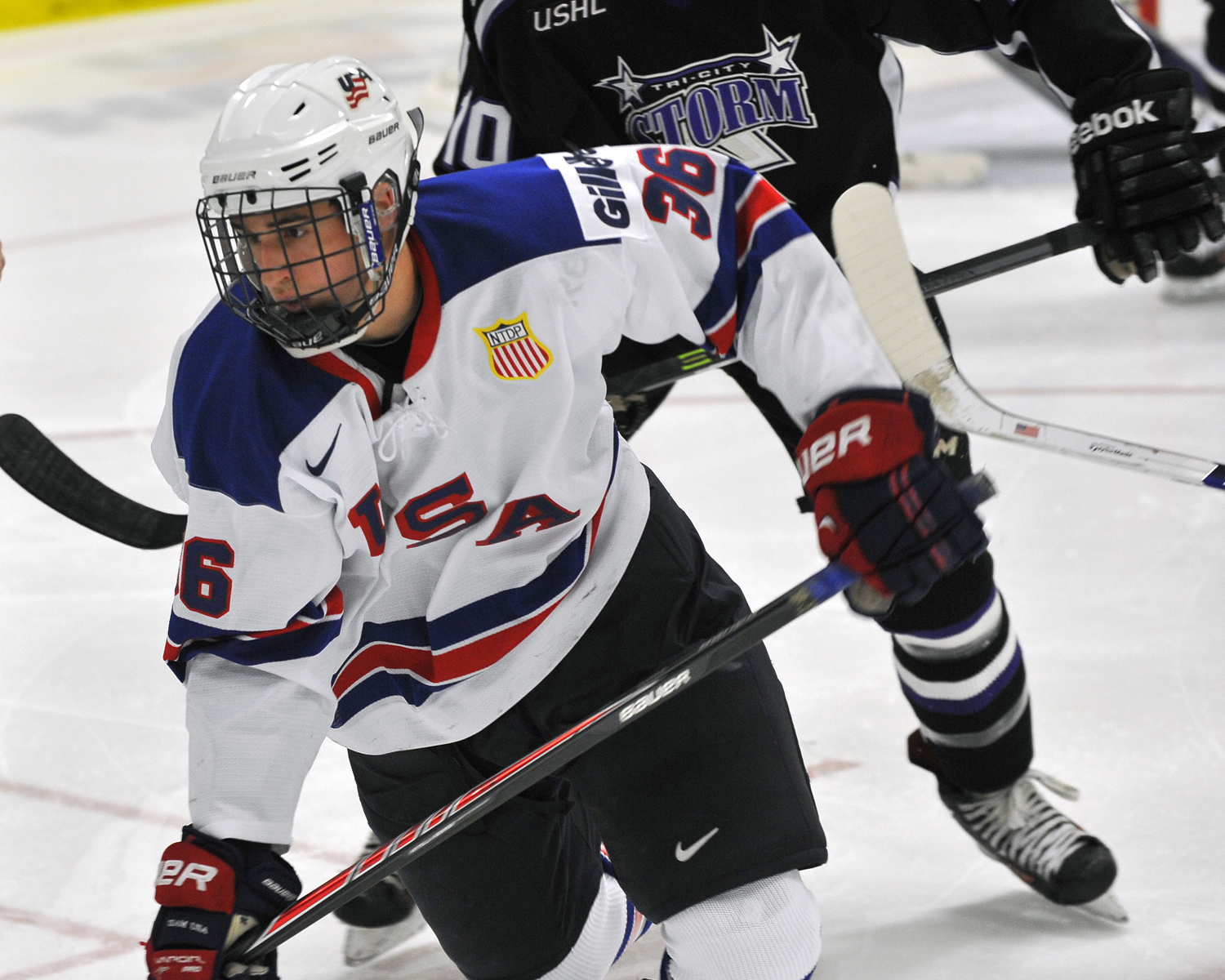 Colin White has athletic parents. His father, Mark, played football and competed in track and field at Georgia Tech University while his mother, Christine, played tennis at Florida State University.

Yet it was White’s sister, Nicole, who officially kick-started her kid brother’s hockey career at her eighth birthday party.

“My sister had a birthday party at the ice rink, and I went with her,” White said. “I just loved it and started skating and then went to hockey.”

White’s journey through the sport has led him to USA Hockey's National Team Development Program in Ann Arbor, Mich., where he just wrapped up his Under-17 season. The 6-foot, 178-pound forward said his parents have been able to offer great support as he follows in their footsteps as a top-level athlete.

“They know what it takes to be an elite athlete,” White said. “When I’m having a rough time, they understand and know how to be here for me. My dad really understood the importance of my training growing up. My mom helped me with my food and making the correct choice.”

Before he moved to Ann Arbor last August, White’s parents advised him to work hard but to always remember to have fun. The Hanover, Mass., native has taken this advice to heart during his first year with the NTDP.

“The off-ice work we do has helped made me sharper on the ice and developed an awareness of where people are on the ice,” he said. “For me, the extra hours I worked on shooting the puck [helped]. I would go upstairs and shoot the puck and work on my stickhandling. I think I spent just about every day up there, especially early in the season.”

That extra work paid off as White finished the season second on the U17s with 64 points. His 33 goals led the team, but he is quick to credit his linemates for his success on the ice.

“My linemates, Luke Kirwan and Jeremy Bracco, worked to get me the puck, and fortunately I was able to score some goals,” White said. “I also worked to make sure they got the puck and, fortunately, they put the puck in the net, too. We worked well together.”

White also played in eight games for the U18 squad, posting one goal and three points.

“I think that experience will help me,” he said. “I know what the guys need to do to be successful. Jack Eichel, a member of the U18s, gave me some advice. He told me to play my game and do what I was brought in to do. It was amazing to watch the players, to look each other in the eye and play for each other.”

White has plenty of great memories from his first season with USA Hockey. More than anything, he said he was impressed by how well they came together throughout the season.

“We started out the season strong and then hit a tough stretch in the United States Hockey League, where we lost eight straight,” he said. “It definitely brought us closer.

“At the World U17 Challenge [in Nova Scotia] is really where this team came together. It is such a big tournament and to win it was great.”

White is busy this off-season with conditioning and skating and working on his strength. He also plans to learn from watching video.

“I watch video to adjust my game,” White said. “Coach [Don] Granato has definitely helped me. He has sat down with me to watch video, and now I’m watching it by myself and using his tips to help improve my game.”

After his playing days with the NTDP are over, White will return to Massachusetts and suit up for his hometown team, the Boston College Eagles. Once again he will be following his sister, who is a junior at BC.

“I know many of the guys who are there and it will be great to be close to home and have my family and friends be able to watch me play,” he said. “I grew up going to the Boston College-Boston University hockey games, and of course, the Bean Pot. It was an easy decision for me.” 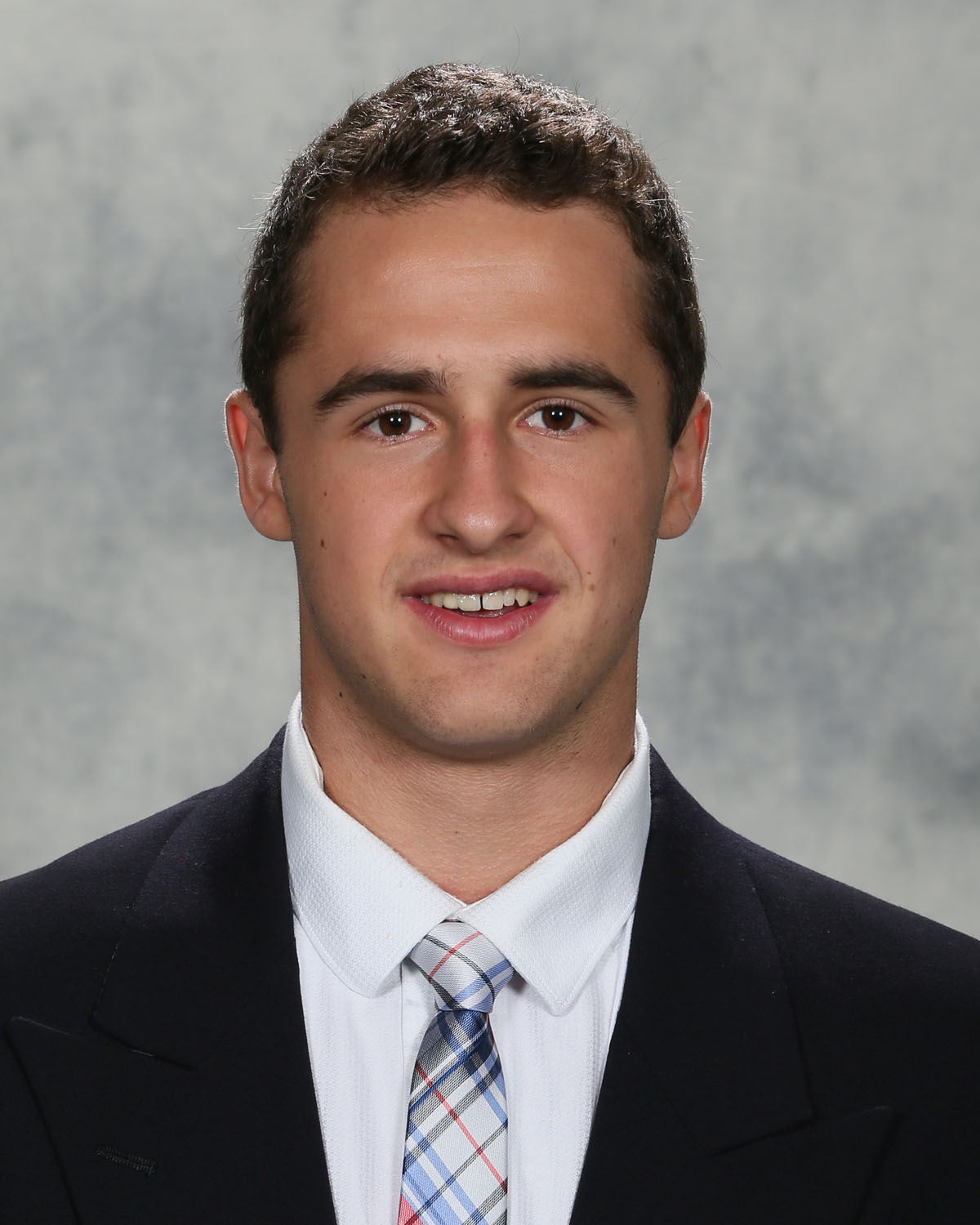 Favorite TV Show(s)
Two and a Half Men, America's Got Talent

Guzzo and Fine net their first goals of the season