Player Feature - Evers is Carving His Own Path 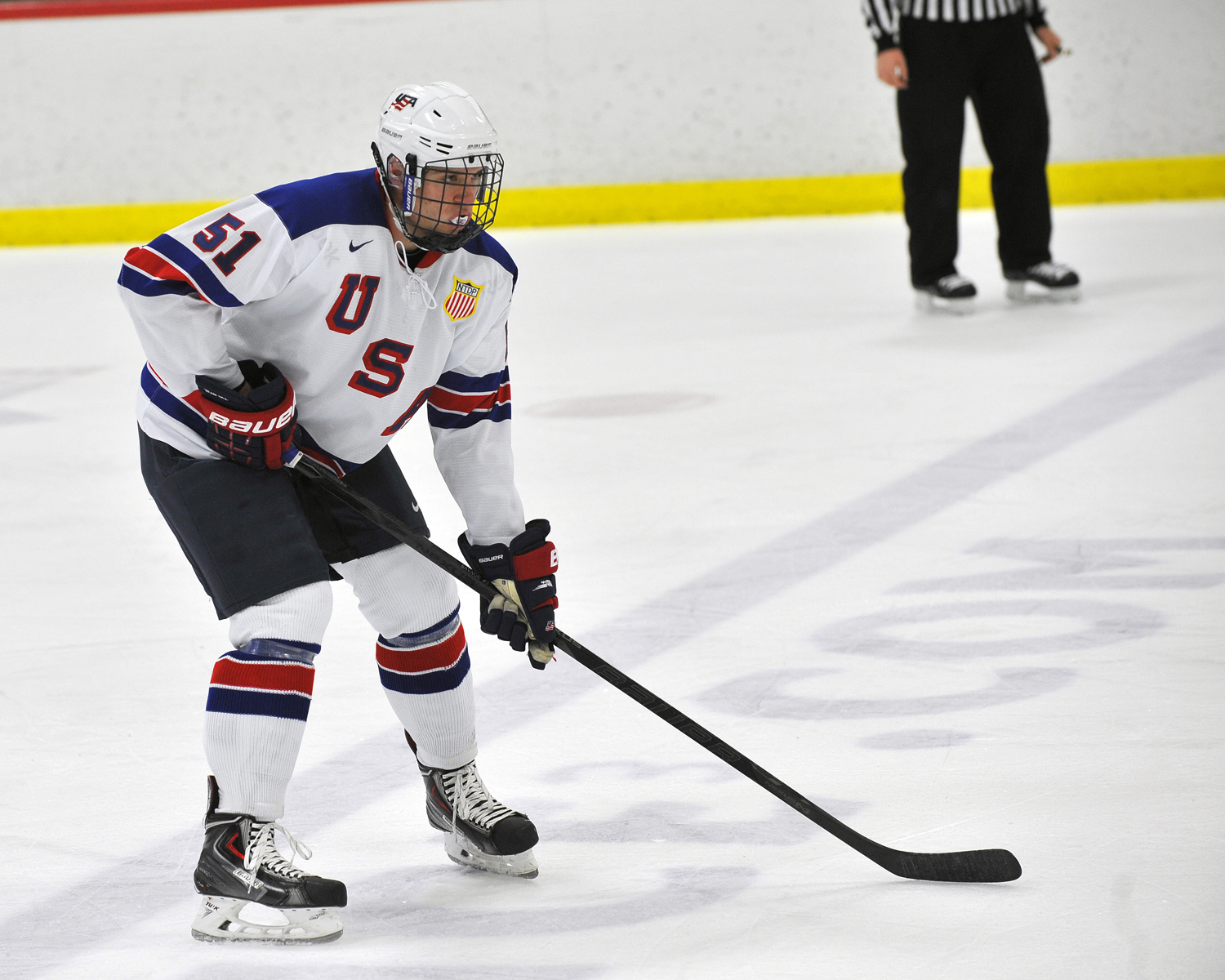 Iowa is a state known mostly for sports such as wrestling and basketball. Hockey? Not so much. In fact, the lone Iowa native on a National Hockey League roster this season is Florida Panthers goalie Scott Clemmensen.

For Evers, hockey was an easy choice. His dad, Lee, played the sport while growing up in Minnesota, and Christian wanted to follow in his footsteps.

“I first started skating when I was 3,” the younger Evers said. “I just wanted to try out hockey, and once I tried it, it was what I liked to do, so I just kept on playing.

“It was different. Hockey was something that not every other kid did [back home]. I liked that aspect of it.”

Evers, who has grown into a 6-foot-2, 202-pound force on the blue line, became a defenseman almost by accident.

“Because of my size, I ended up on D,” he said. “When I was younger, that is what my coach did: He put the bigger guys on D and the small, fast players on forward. I like it, but it wasn’t my first choice.”

Evers first started playing on a rink in Des Moines, about 20 minutes away from his home in Waukee, Iowa. As he got older, he moved two hours west to Omaha, Neb., to continue the sport with the Lancers midget minor program.

“My team growing up didn’t have enough players, so we had to split up,” he said. “Omaha was the closest, and I felt it was the right fit. It was still close to home, so I didn’t think it would be too difficult moving away for the first time.”

Moving away as a 15-year-old helped Evers make another move before this past season to Ann Arbor, Mich., and the National Team Development Program. Still, Evers said intensity and commitment that comes with being a member of the NTDP took some getting used to.

“The grind of every day having to go to school and then come right to the rink for a couple of hours and then going home to get your work done,” he said. “It’s hard, but I like it. It’s a challenge.”

Evers, who totaled four goals and 14 points in 48 games for the U17 squad this season, has seen his game improve in his first season in Ann Arbor. The biggest improvement, he said, was in his skating.

“I have gotten more power in my stride,” he said. “It’s what we do every day to get better. We are up in the gym, and when we work with Carrie [Keil, the skating coach], it definitely helps as she wants us to get better.”

When he reflects back on his first season with the red, white and blue, he has so many memories, but the international tournaments stand out as his favorite moments.

“Going overseas, winning all three tournaments and going undefeated in play,” he said. “That’s a pretty good feeling, and it’s the biggest honor to be able to represent your country.”

Evers is busy working on off-season training to prepare for his final season with the NTDP in 2014-15. After his NTDP days are over, he plans to attend the University of North Dakota to continue chasing his NHL dreams.

“The school just fit,” he said of the team that reached the Frozen Four this spring. “It’s not too big, and the rink and facilities are unbelievable. I just felt the coaching staff and I mixed well, and it felt like the best place to go.” 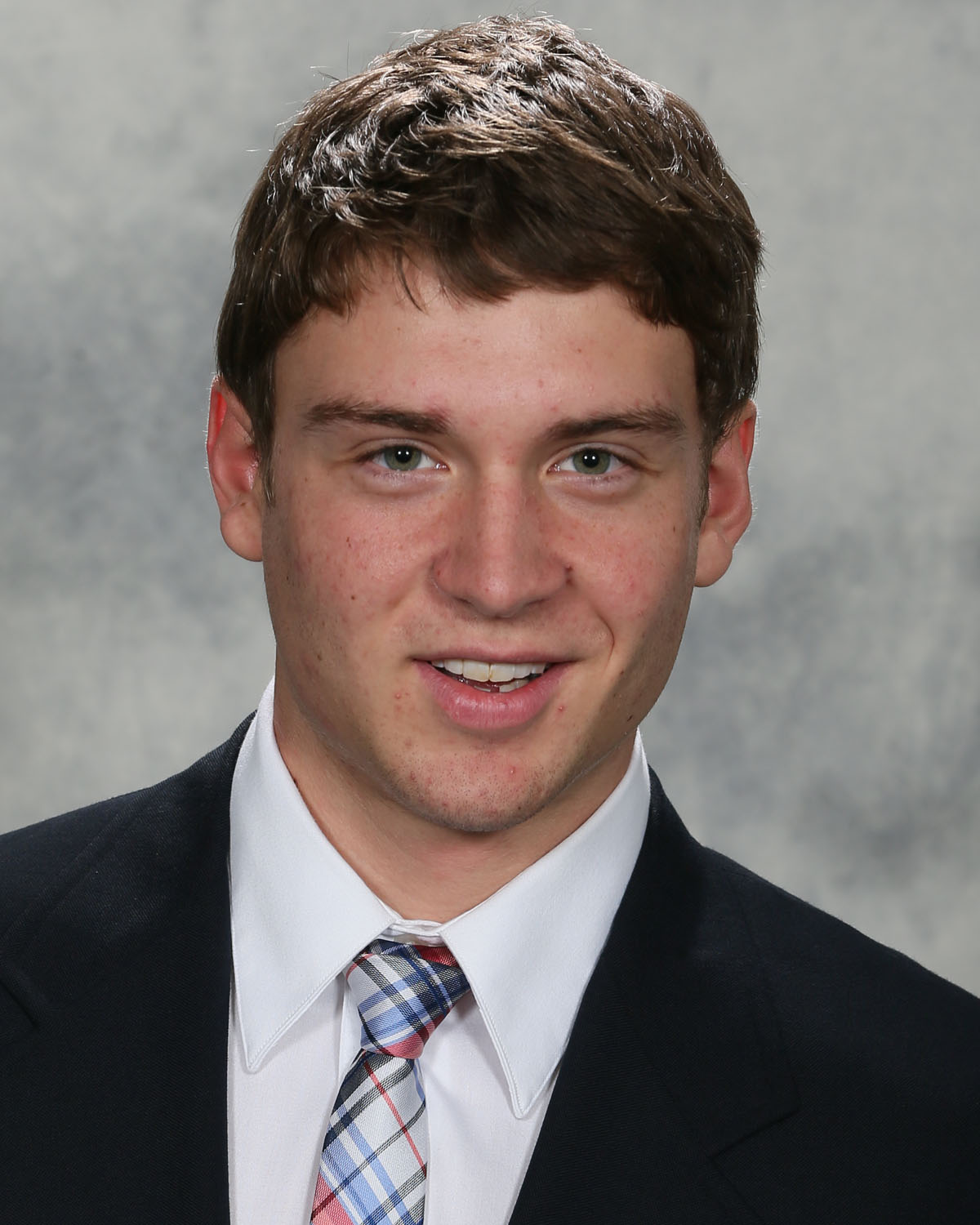