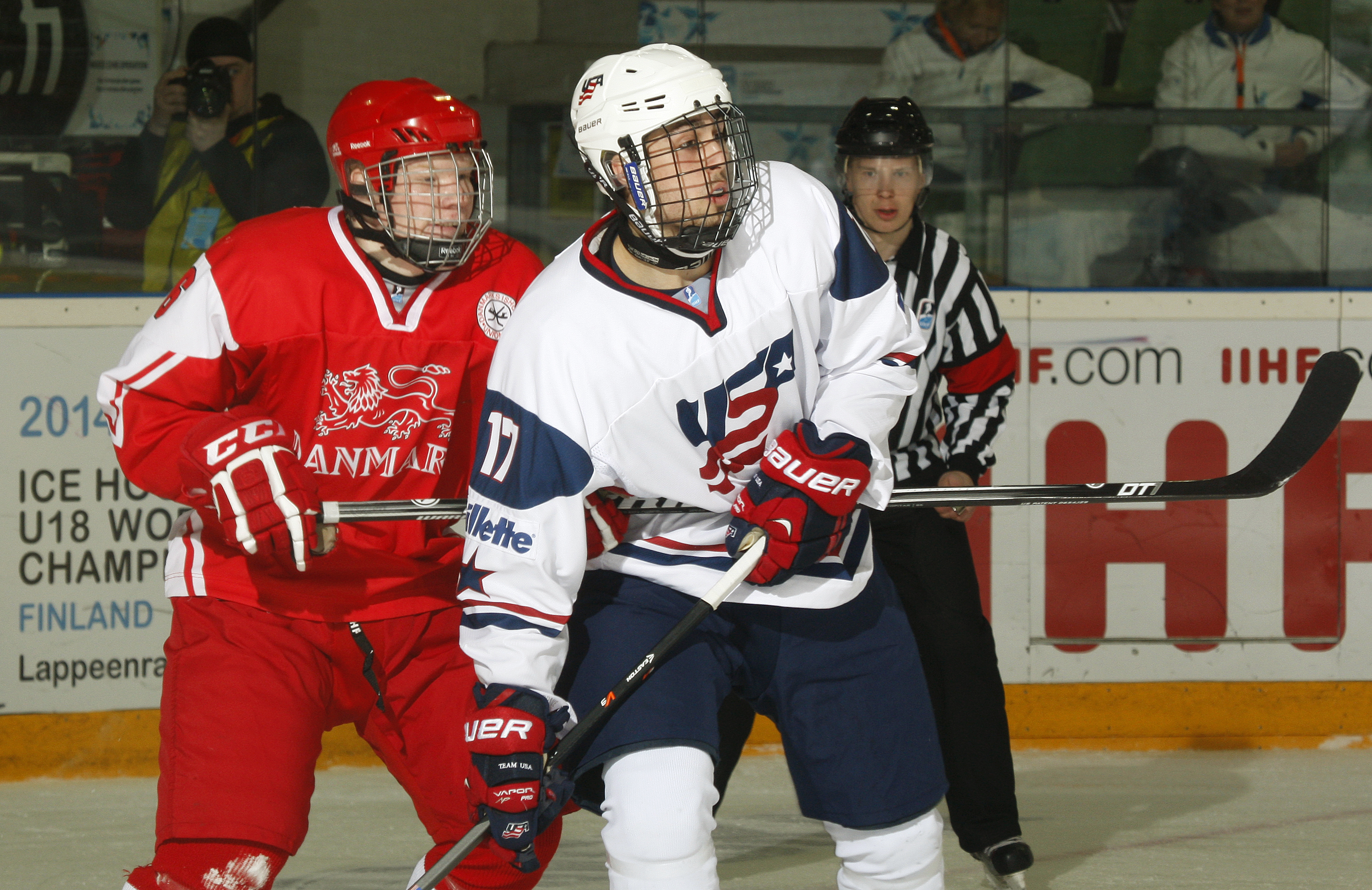 When Alex Tuch took off his Team USA sweater for the final time as a member of the U.S. National Under-18 Team this weekend, he could breathe a sigh of relief.

Team USA beat the Czech Republic 5-3 on Sunday to win the International Ice Hockey Federation Men’s Under-18 World Championship. For many of the players who spend two years with the National Team Development Program in Ann Arbor, Mich., winning the U18 world championship is the ultimate goal. Team USA came home with the top prize every year from 2009 to 2012 before finishing second last year.

“Every team is going to be at its best in the worlds,” Tuch said before the tournament, which took place in Finland. “We have to come out and be confident in our ability and be confident in the fact that we know we can win. If we believe in ourselves, we can get it done.”

They did get it done. After a frustrating U17 season, Tuch and his teammates found gratification in calling this season the “redemption tour.” They closed out the season with a 22-4 record, plus a win at the Five Nations Tournament in February in Russia and the U18 world title.

“Coming out of last season, we were angry and anxious to get back at it this year,” Tuch said. “We came out flying and had a couple new additions to this team. We came together and decided that we were not going to take crap from anyone. We just tried to take it to every team we could. We had coach come to us and tell us that it is our redemption tour.”

Tuch, a 6-foot-3, 215-pound forward from Baldwinsville, N.Y., has seen his game grow tremendously since last year. He also learned how he could be the most effective teammate for the U18 squad.

“I think I have a different role on the team this year with new linemates,” Tuch said. “We have really been able to come together with me, [Sonny] Milano and [Jack] Eichel. We have had success. Through the systems and the coaches, we have been able to develop as a team and individuals.

“We each bring a different style of play, but we have good chemistry together. We support each other on and off the ice.”

“My game has grown on the ice, through the games and practices with the coaches helping us out,” he said. “Off-ice, we are lifting and the training, which has helped me on the ice.”

When Tuch reflects back on his experiences in Ann Arbor and with the NTDP, he said he wouldn’t trade the past two years for anything.

“Everything has been memorable,” he said. “It has been a really fun experience. I wouldn’t trade it for anything in the world. I came in here, really honored and excited to play for my country.

“Being able to wear that crest, day in and day out, both on and off the ice. Being able to represent your country and going to international tournaments and the development here has been a tremendous experience.”

Tuch, who is eligible for the 2014 National Hockey League Entry Draft, will take his game to Boston College next year. It was an easy decision for him, and he will have an opportunity to play with current linemate Milano, plus he will see some other familiar faces from his time in Ann Arbor.

“Everything — from the coaching staff to the traditions there to the campus and the school, it is a great fit for me and I’m excited to go,” Tuch said. “When I went on my official visit, I saw [Scott] Savage and [Steve] Santini and [Thatcher] Demko, so I knew them. They made it easier on me and made it a lot more fun.” 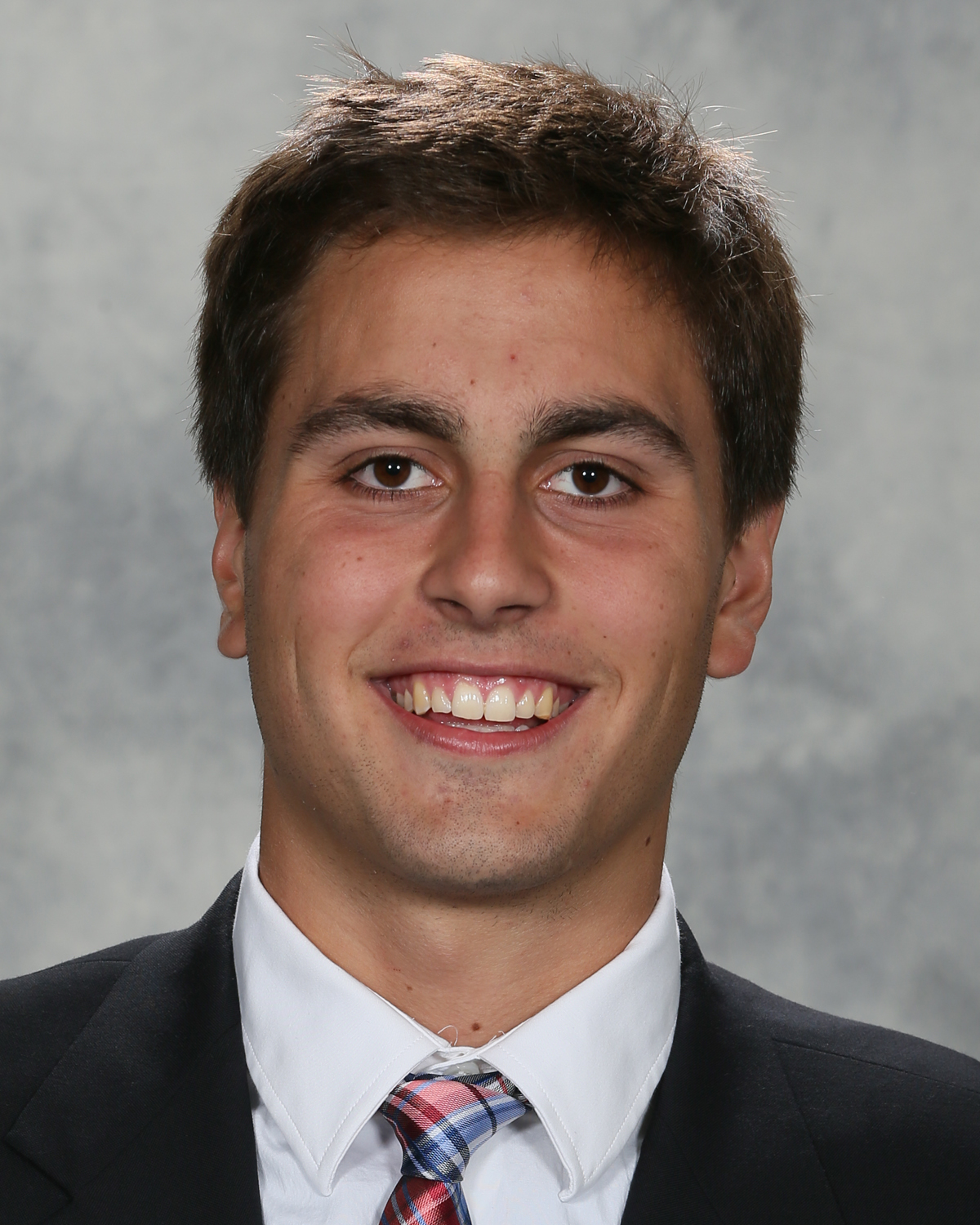 Favorite Sport (Other Than Hockey)
Lacrosse