Watch Game Live for Free Below Beginning at 12:00 p.m. EDT

The U.S. Men's National Under-18 Team takes on the Czech Republic in the gold-medal game at the 2014 International Ice Hockey Federation Men's Under-18 World Championship. Puck drop is slated for noon EDT in Lappeenranta, Finland. This is the second time the squads will meet this tournament, with Team USA taking a 3-0 victory over the Czechs in the preliminary round on April 19.

Team USA's road to the gold-medal game started with earning a record of 3-0-0-1 (W-OTW-OTL-L) in the preliminary round and Group B's first seed. Facing the fourth seed from Group A, Slovakia, Johnathan MacLeod (Dracut, Mass.) potted two power-play tallies and Eichel factored in on each of Team USA's first three goals as the U.S. blew past the Slovaks, 6-2, in quarterfinal action. Anders Bjork (Mequon, Wis.), Auston Matthews (Scottsdale, Ariz.) and Nolan Stevens (Manhattan Beach, Calif.) also scored for the U.S.

In the semifinals, Dylan Larkin (Waterford, Mich.) and Ryan Hitchcock (Manhasset, N.Y.) each scored one goal and added one assist as the U.S. defeated Sweden, 4-1. Matthews and Eichel also scored for Team uSA, while Alex Nedeljkovic (Parma, Ohio) made 19 saves in the victory.

The Czechs road to the final included a 2-1-0-1 (W-OTW-OTL-L) record in the preliminary round that earned the third seed in Group A and a meeting with Russia in the quarterfinals. Holding a one-goal lead heading into the second period, the Czech Republic surrendered the game-tying goal in the middle stanza. The two squads would trade goals in the third before Jakub Vrana potted the overtime winner for his second tally on the evening. More late-game heroics were needed to overcome Canada in the semifinals. The Czech Republic notched the first three goals and led 3-1 with 20 minutes remaining in regulation before allowing Canada to tie the game. Needing overtime for the second straight game, David Kase sent the Czech Republic to its first-ever gold-medal game with a goal just over six minutes into the extra frame.

Last year, the Czech Republic finished seventh at the U18 World Championship in Sochi, Russia. Through preliminary play, the Czech Republic concluded action with a 1-0-0-3 (W-OTW-OTL-L) record, scoring 15 goals and allowing 13. The Czechs then fell in the quarterfinal round, 6-0, to the eventual gold-medal winning Canadian squad.

In other games today at the U18 World Championship, Canada takes on Sweden for the bronze medal in a tilt scheduled directly before the gold-medal matchup at 8 a.m. EDT.

In the most recent meeting between the two countries, Alex Nedeljkovic (Parma, Ohio) turned aside all 24 shots he faced as Team USA blanked the Czech Republic, 3-0, in its second preliminary-round game of the 2014 U18 World Championship. Matthews, Sonny Milano (Massapequa, N.Y.) and Kyle Connor (Shelby Township, Mich.) netted the goals for the U.S.

Prior to that, the U.S. won against the Czechs in preliminary round play at the 2013 U18 World Championship in Sochi, Russia. Rallying from an early two-goal deficit and led in part by two markers off the stick of Tyler Motte (St. Clair, Mich.), Team USA held on for a 4-3 win on April 20, 2013. Will Butcher (Sun Prairie, Wis./0-2) and J.T. Compher (Northbrook, Ill./1-1) contributed two points, while Thatcher Demko (San Diego, Calif.) made 18 saves in the victory.

The Czech Republic's lone victory over Team USA came on April 20, 2002, a 1-0 defeat in Piestany, Slovakia. The game was the second of the playoff round and the only loss the U.S. suffered en route to the gold medal. 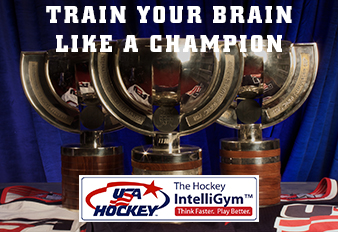