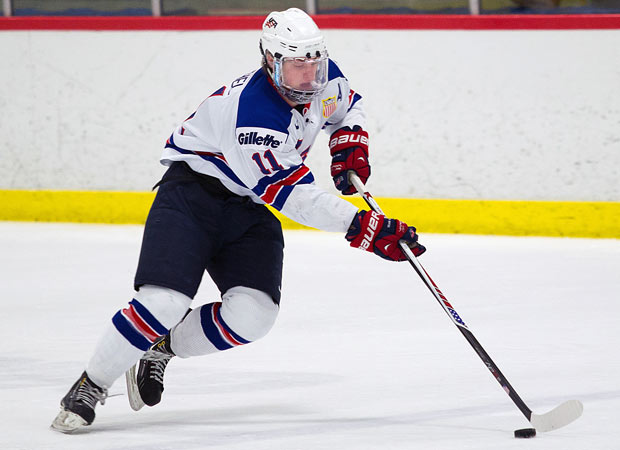 Jack Eichel has built an impressive résumé during his two years with USA Hockey’s National Team Development Program. In addition to the games he played with his current U.S. National Under-18 teammates, he skated at the 2013 International Ice Hockey Federation Men’s Under-18 World Championship as an underage player, where he earned a silver medal, and at the 2014 IIHF World Junior Championship.

The North Chelmsford, Mass., native hopes to draw on both experiences to help propel this year’s U18 squad to the world championship later this month.

“I think it was important that I was able to go over there and see how the tournament was conducted and see what it takes to win,” Eichel said. “To see how close we were last year, it makes me hungry this year. I’m trying to show the guys just how hard we have to work.

“I keep telling them how close we came and how hard we have worked these past two years, and we deserve it. I want everyone to realize how hard it is going to be for us and how great it will be for us if we get the win.”

Last year, Team USA dropped a 3-2 decision to Canada in the gold-medal game. Eichel said he learned a lot from that experience.

“I took away just how hard the guys competed until the final buzzer,” he said. “It didn’t matter whether we were down, up or tied. The team was working really hard. It was cool to be a part of. I have never seen players compete so hard in a game. It shows just how bad we really wanted it.

“I want to go this year and lead by example. Being there last year and seeing how hard those guys worked, I want to work that hard. I think everyone understands it. We have worked really hard these past two years to get here.”

Eichel also hopes to draw on important lessons he learned from the 2014 World Junior Championship, where Team USA fell to Russia, 5-3, in the quarterfinals.

“I think it was a great experience, going over there and being around those guys,” the 6-foot-1, 191-pound forward said of the U.S. National Junior Team teammates. “It showed how hard you have to work away from the puck when it gets to that level of play. It’s harder to play 1-on-1, and you have to utilize your teammates more. I also learned how close you can be; you can have momentum one day and lose it the next. We were doing really well and then hit a bump. That happens at all tournaments. It’s important to remember to stay disciplined against good teams.

“I think our team can use that lesson as well. Going over to the U18 Worlds, it will be important for us to play 5-on-5. When we do that, we seem to be successful.”

Eichel and his teammates have rebounded this year after a tough 2012-13 season. The squad finished the regular season with a 36-15-2 (W-L-OTL) record, including an 8-8 mark against NCAA competition.

“I credit a lot of things,” Eichel said. “The coaches and staff have been positive and upbeat. It doesn’t matter if we had a couple bumps in the road this year and lost a game or two. They are positive with us and always ready to work on Monday morning.

“I think we had a really good spring after our season ended last year. We worked hard in the weight room, as everyone got bigger, faster and stronger. You can tell that the compete level is higher out at practice.”

More than anything, though, Eichel said he realized how important the team as a whole has been in making this season a success.

“I think the most important thing that has changed the last two years is we have come together as a team this year,” he said. “I credit that to last spring. We got to hang out away from the rink and got to know each other more. We bonded as a team. We are super close at this point, and that helps when you are going to battle each night. It’s something that helps you get over humps and win close games.”

For Eichel, as his time winds down in Ann Arbor, he reflects on that bond he has created with his teammates and how much these two years of have met to him.

“Every day, you create a moment with your teammates,” he said. “I know our time is winding down in Ann Arbor, and it’s hard to think we only have so much time left. I live with [U18 defenseman] Brandon Fortunato, and we were talking about this the other day, how much we are going to miss being here. We never will make a bond like the one we have right now. These are my 22 best friends — my 22 brothers. I have never become closer to anyone. Leaving here, I know I’ll miss them all, but we will stay in touch.

“The two years here have really been terrific. I hope we can cap it off at the end of this year [with a world title] — that will be the moment. Every day is a privilege being around them. I just love it. I’m having the time of my life.” 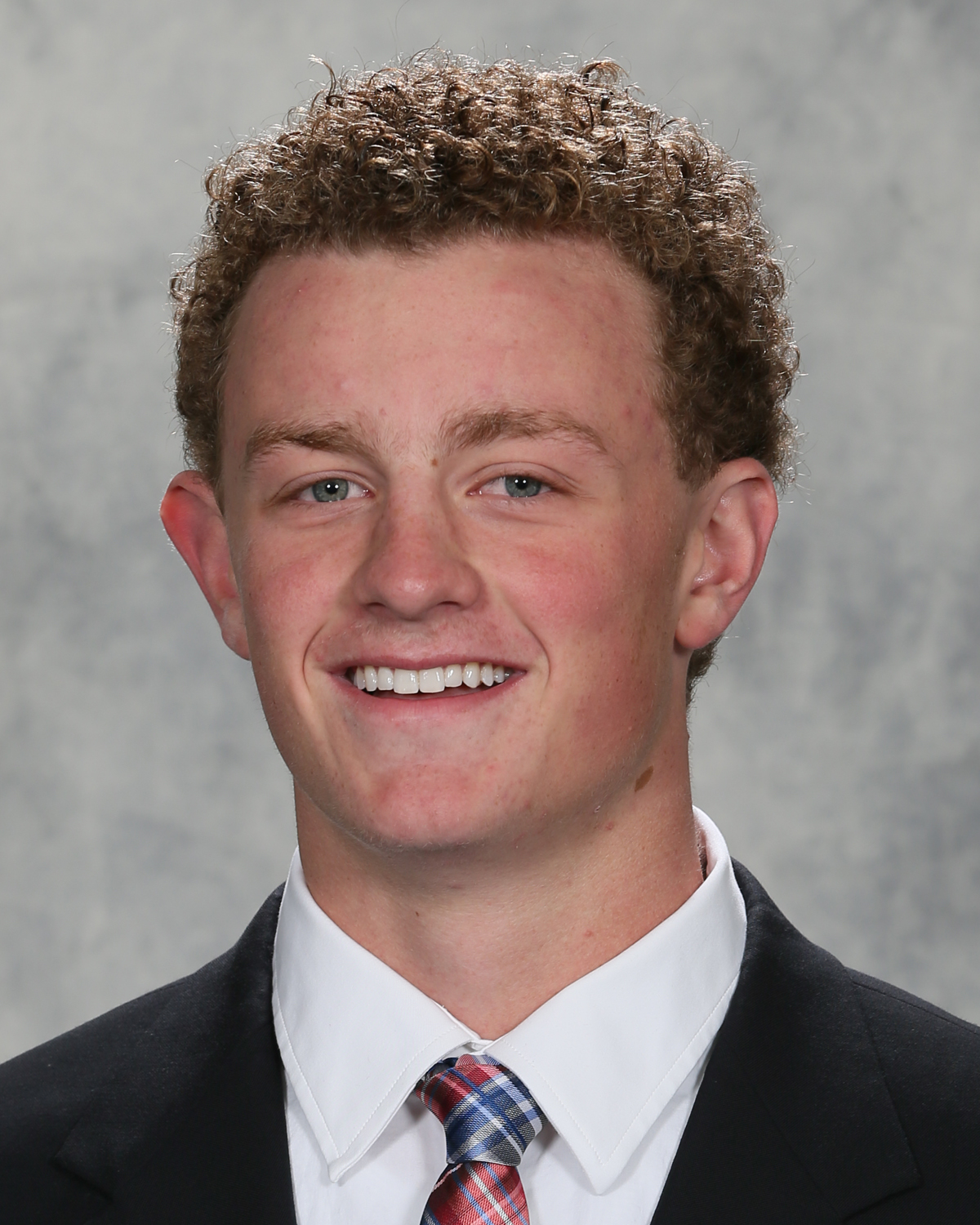 Favorite Activity Away from the Rink
Golfing