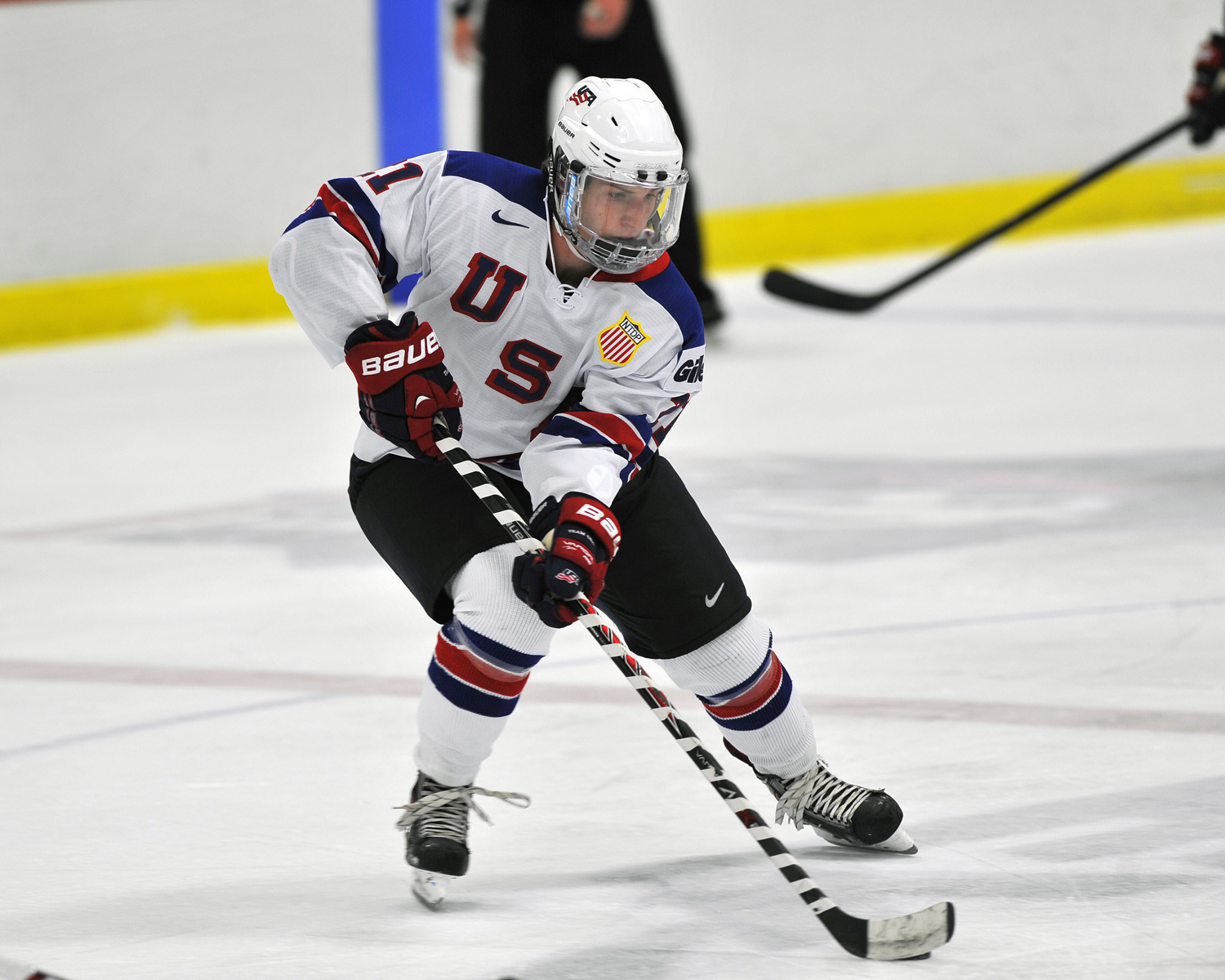 One year has made a huge difference for forward Ryan Hitchcock and his U.S. National Under-18 Team teammates. After an oft-trying U17 season, they feel more ready than ever heading into the International Ice Hockey Federation Men’s Under-18 World Championship later this month in Finland.

“I think our team has worked so hard to get better this season,” he said. “We are faster and better all-around players, which makes it easier to play with each other.

“For myself, first, I put on muscle. I worked on my offensive skills. I worked on those every day and am always trying to get better.”

The Manhasset, N.Y., native took the lessons he learned and applied them to his summer training.

“I was working out three or four times a week, doing sprints, working out and skating,” said Hitchcock, who has nine goals and 43 points so far this season after posting 14 goals and 32 points last season. “I knew that this year was going to be big for both myself and my team. I knew it was going to be a big summer so I put a lot of time into it.”

His season started in September with the 2013 CCM / USA Hockey All-American Prospects Game in Pittsburgh. The 5-foot-9, 171-pound forward recorded an assist for Team Johnson, named for coach and 1980 Olympian Mark Johnson, in the 5-2 victory.

“It was really cool,” he said. “It was special to play in the CONSOL Energy Center and to play with such good players. It was an awesome and fun experience."

“I think it was pretty cool winning the Five Nations in Russia around the Olympics,” he said. “It was a tough tournament, so it was cool to be in Russia, where I had never been. It was such a different place but it was pretty special there.”

“The Russia game, since they were the host country and it was our first game,” he said. “We had some battles against them over the course of the last two years, so it was pretty fun. We played really well.

“And, of course the Sweden game. It was the first time we had defeated them.”

Hitchcock is hoping to have a memorable April. He believes the team has grown since the Five Nations and is primed to make a run at the U18 world title.

“We are deep and have been working really hard,” he said. “We have four great lines and great defenseman, so that will help a lot. There will not be an easy shift for the other teams. We will be a lot to handle, and we are confident going in. That has really changed the last two years.

“Last year, we didn’t come across wins that often. It was tough playing in the USHL. This year, we are used to winning and we are confident when we step out onto the ice. It has made a huge difference for us.”

Plus, he said the players feel the weight of their sweaters every time take the ice.

“It’s really special. It’s something that you have to take pride in,” he said. “You are representing your country in everything you do. It has really changed who I am as a person and really helped me grow.”

He will take the growth and experiences with him to Yale University next year. It was an easy decision.

“I take a lot of pride in my academics,” he said. “I know you have to stop playing hockey some day. You can’t play forever. Yale is one of the best schools in the country.

“I really like the coaching staff. They have had a few good years of winning and success, including a national championship last year. I’m really excited about my choice.” 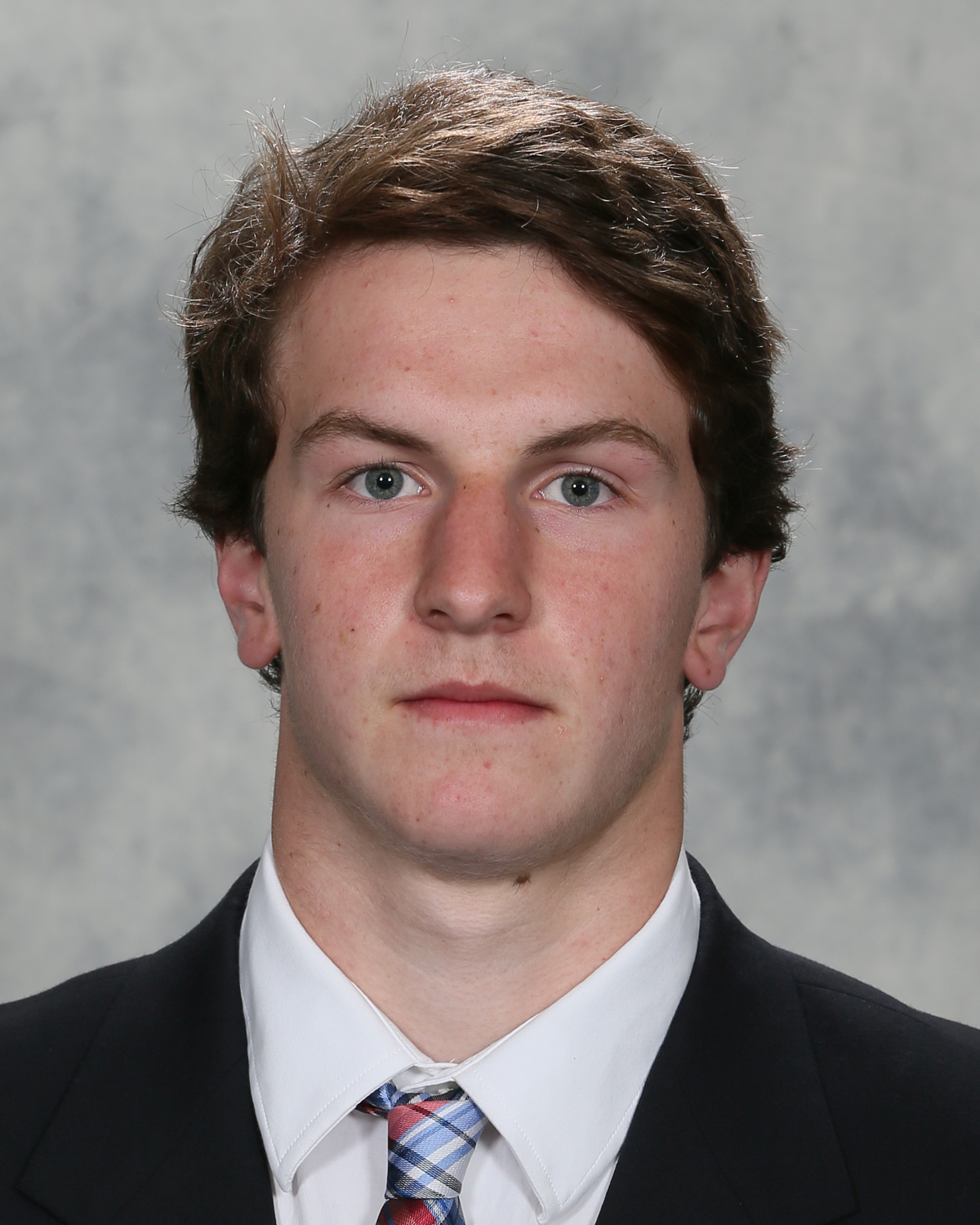 Favorite Activity Away from the Rink
In-line Hockey