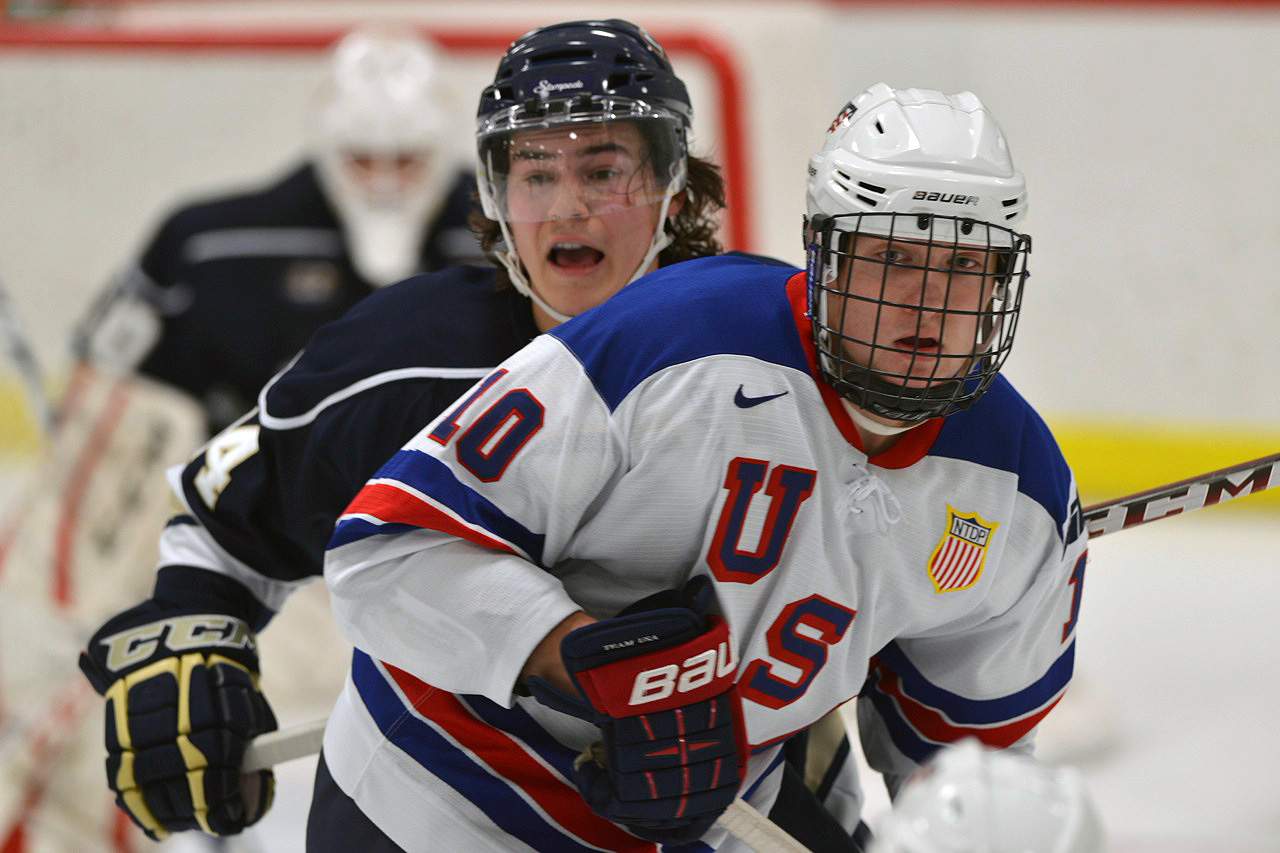 After playing just 27 games last season due to injuries, Joe Wegwerth has had a much healthier second season with USA Hockey's National Team Development Program. The Brewster, N.Y. native said he used last season’s struggles as motivation coming into this one.

“It hit me with a ton of adversity,” Wegwerth said of his first season in Ann Arbor, Mich. “I figured if I can come back two times with the same injury then there is probably not a lot that I can’t do. I used it as motivation to help me get through this year.

“Over the summer, I did a lot of quick feet drills to get my speed back since I missed a lot of time last year. That is what helped me the most.”

It also has helped being on the ice each day, whether in practice or a game. Already, Wegwerth has played in 48 contests this season.

“Last year, it was hard to get into a rhythm with all the injuries,” he said. “This year, my teammates have been good about keeping me going with the flow. It has been a lot of fun obviously, getting to play every game. It’s been a better experience this year. You never want to be injured and it was frustrating and I think it has helped me a lot this year.”

Wegwerth credits the NTDP coaching staff for helping get him up to game speed.

“The coaches have been great, especially Coach [Danton] Cole,” Wegwerth said of the U.S. National Under-18 Team head coach. “We sat down and discussed the things I should work on in practice, working on the first few strides right out of the gate and catching passes. He has been a huge help.”

Of course, it helps that this season has seen more positive results for Wegwerth and his U18 teammates. The squad holds a 34-15-2 (W-L-OTL) record into the final home series of the season this weekend. He credits the Five Nations Tournament in Russia in early February as a springboard to the team’s higher expectations.

“As a team we had a rough time last year, but we have had a good run this season. We won the Five Nations tournament — it just speaks for itself,” he said. “The Five Nations was a big tournament for us. We knew the U18 team struggled with it last year, as well as the 94s from the year before. I think it was in the back of our minds that we really wanted that one. It has given us some confidence as we get ready to head to the World Championship. I think that set the tone.”

One game from the Five Nations really stands out to Wegwerth — Team USA’s 4-2 win over Sweden on Feb. 7.

“That was the first time we have ever beat Sweden, so definitely getting that win was important,” he said. “It really was a team win. Everyone contributed and played their heart out. When you do that and win, there is no better feeling.”

As Wegwerth and his teammates gear up for their final two home games — Saturday vs. Omaha and Sunday vs. Muskegon — he took some time to reflect on what he will remember most from his time in Ann Arbor.

“What I will remember most and take away the most is the time I got to spend with the 21 other guys here,” he said. “This place is so special for a reason — it’s the bonds you get to make. I don’t think there is going to be a time in my life where I’m with the same group of guys for two years straight, go to school with them and hang out with them. That’s been a blessing.

Wegwerth will continue his hockey career at the University of Notre Dame. It was an easy decision to play for the Fighting Irish.

“That was the first school I really visited, and my family and I fell in love with it,” he said. “Everything fit for me from the academics to being a Catholic school. Everything I wanted was just there — the rink, the coaching staff. I’m excited to continue my hockey career there, and I think it will be great.” 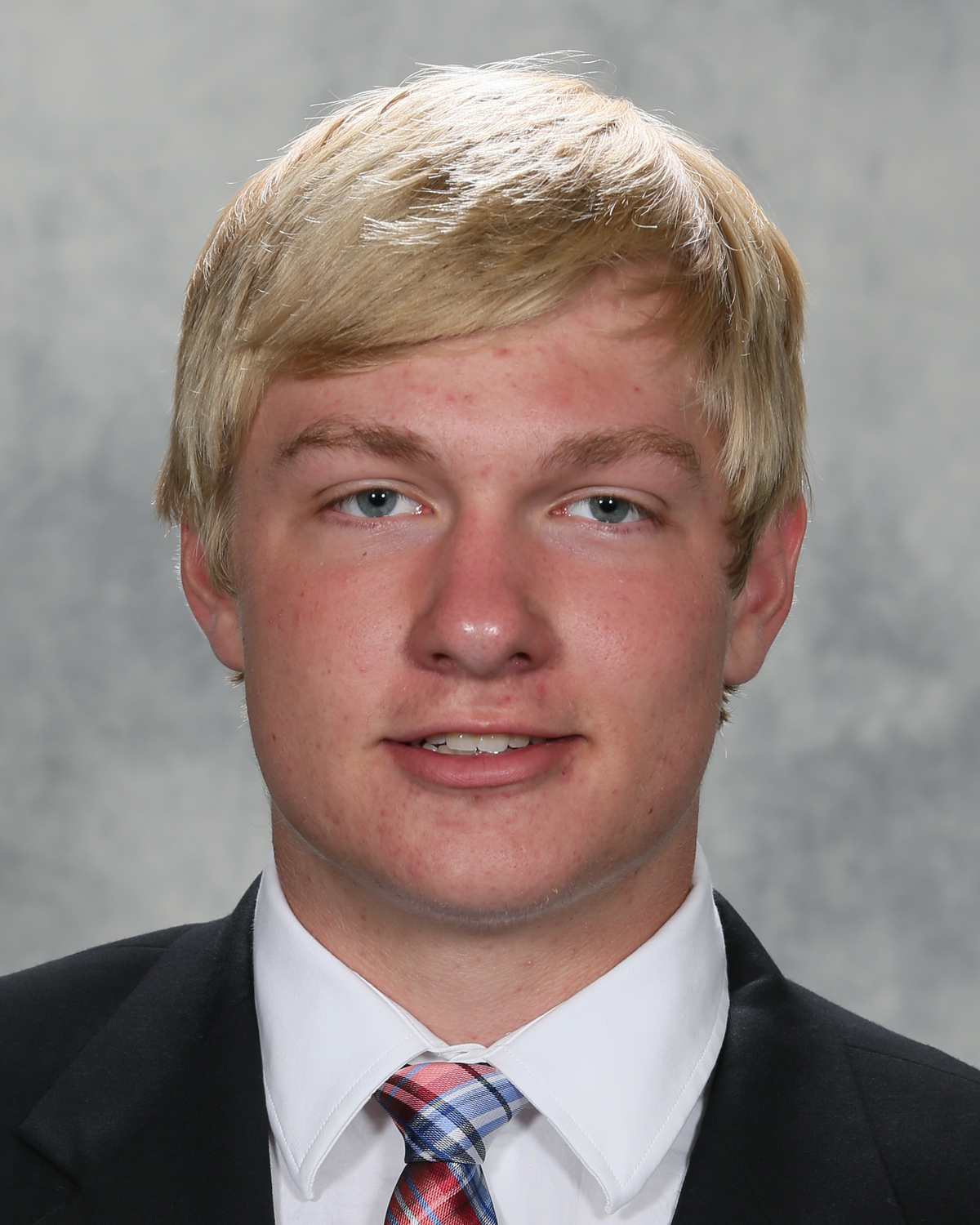 Favorite Sport (Other Than Hockey)
Golf