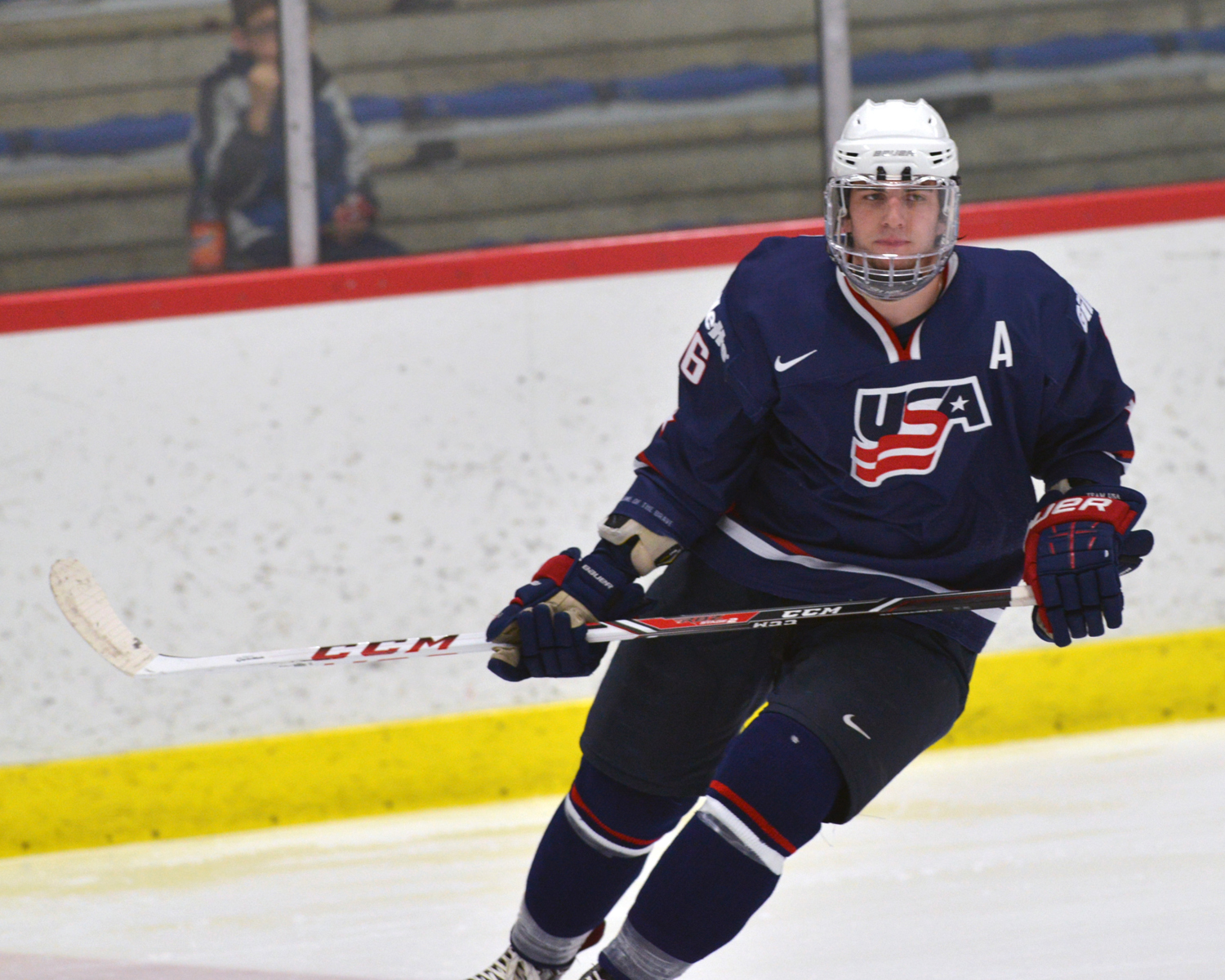 Johnathan MacLeod arrived in Ann Arbor, Mich., last season to play with USA Hockey's National Team Development Program. It didn’t take long for him to realize the magnitude of wearing the Team USA sweater every game.

“One of the things you come in here to learn is how to respect the jersey,” MacLeod said. “How to respect yourself and carry yourself, not only in the rink, but outside the rink. To be able to put that jersey on every day is pretty cool.

“We had a guy come in from the Army, and he told us it was an honor for him to be in front of you guys. It’s an honor for us to have him in front of us. He respects us as we respect him. It’s kind of cool that he can see us like that because of the jersey we wear. It’s really special.”

MacLeod, a 6-1, 198-pound defenseman, has taken a big step since his first season with Team USA.

“My game has definitely grown in all aspects of the game,” he said. “In the weight room with my strength. Everything on the ice has improved tremendously. The way I pass the puck, the way I pivot backwards. It’s all the little details that have come a long ways since I came to the program.

“We do so much work with our defensive coach [John Gruden] and do defensive drills. We go out to practice early, just to work on those types of things. It helps a lot. When you are out there twice a week to do that, it adds up and becomes natural to your game.”

MacLeod said he appreciates Gruden’s way of relating to the defensemen and his video sessions.

“He reaches us on a personal level,” MacLeod said. “He gets to know us as kids and understands that everyone is different. He knows that I am different from my partner, so the way he communicates with us, he really tries to get his message across in different ways to try and help us.

“One of the coolest things about coming here was the ability to watch your own video and to learn those new things you haven’t picked up on yet. I used to get pretty mad in video sessions because I would go in there and be like, ‘This will be a good video session. It will be all my good stuff. That is not what it is for. It is to help me get better and recognize my mistakes and my strengths.’”

After a difficult first season for MacLeod and his teammates, they are enjoying much more success in the Under-18 season. MacLeod is proud of how the team has responded, which began last spring during conditioning.

“The one thing that sticks out to me is how bad we struggled last year, and for us to come back and do what we have done this year, that is the one memory that will always stick out for me,” he said. “It is how we stuck together and how we turned it around because everyone was working hard.”

Plus, this year’s team finished with an 8-8 mark against collegiate competition, posting wins over Division I teams such as the University of Michigan, Michigan State University and Miami University. That experience should help Team USA as it finishes up the season and starts preparing for the World Under-18 Championship.

“Playing college teams is good for us. You get to play older guys. You get to learn how quick their pace in the game is,” MacLeod said. “That really helps us internationally. To get to .500 at such a young age is really important to us. Coach [Danton] Cole mentioned it to us a couple weeks ago: we had two college games left and we want to win them so we can get to .500. Everyone put their head down and said we can do this, and we did. It was really good.”

For MacLeod, a Dracut, Mass., native, it was an easy selection when it came to his college choice. It was only Boston University. He grew up cheering for BU and used to go to the Beanpot games when he was growing up.

“I always wanted to be a Terrier,” he said. “I loved the Beanpot. I wanted to be in Boston. It was the campus, the rink, the coaches and the guys. Everything was so appealing to me. Since I was young that was the only place I wanted to go.”

He believes his experience with the NTDP will translate directly into BU. 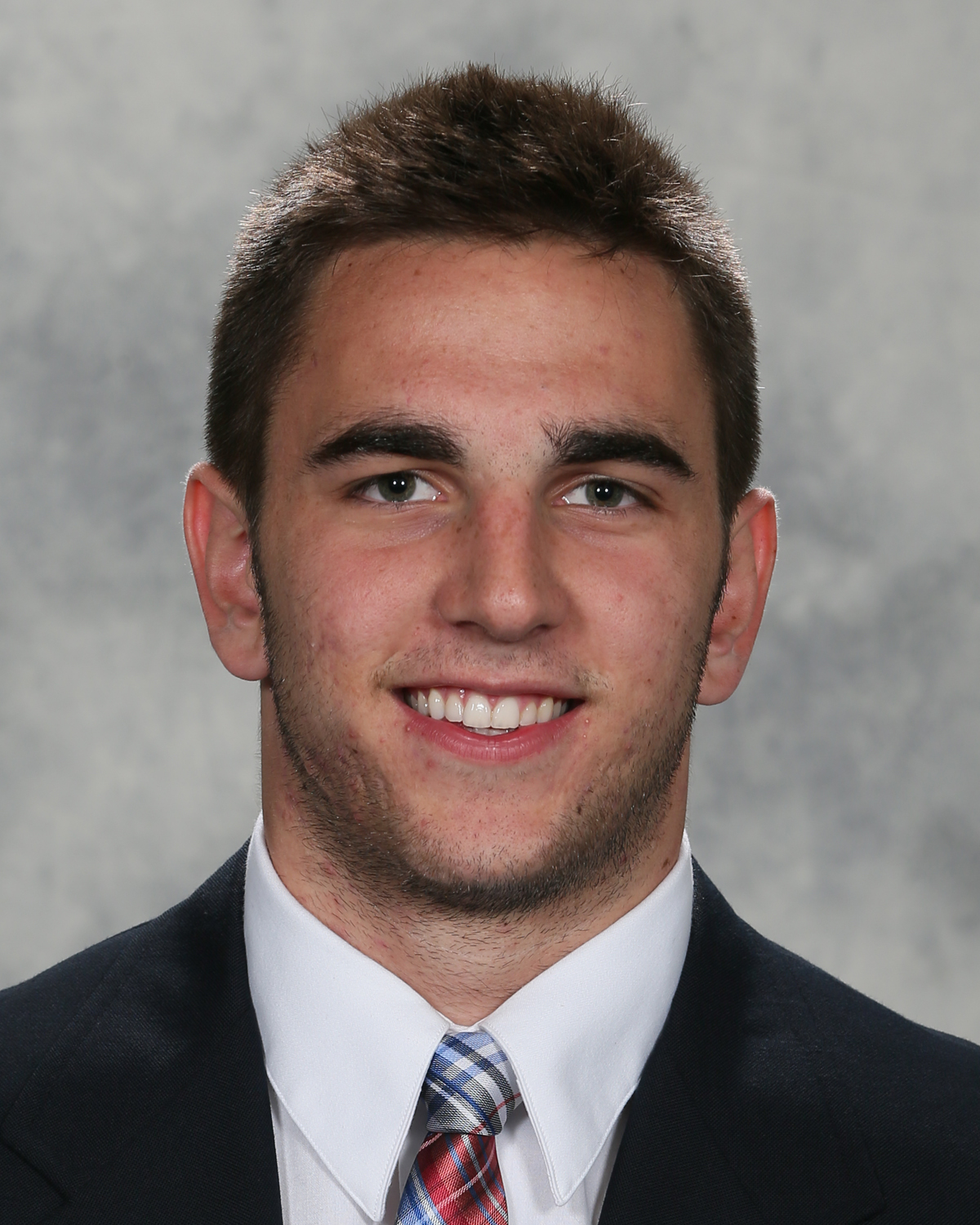