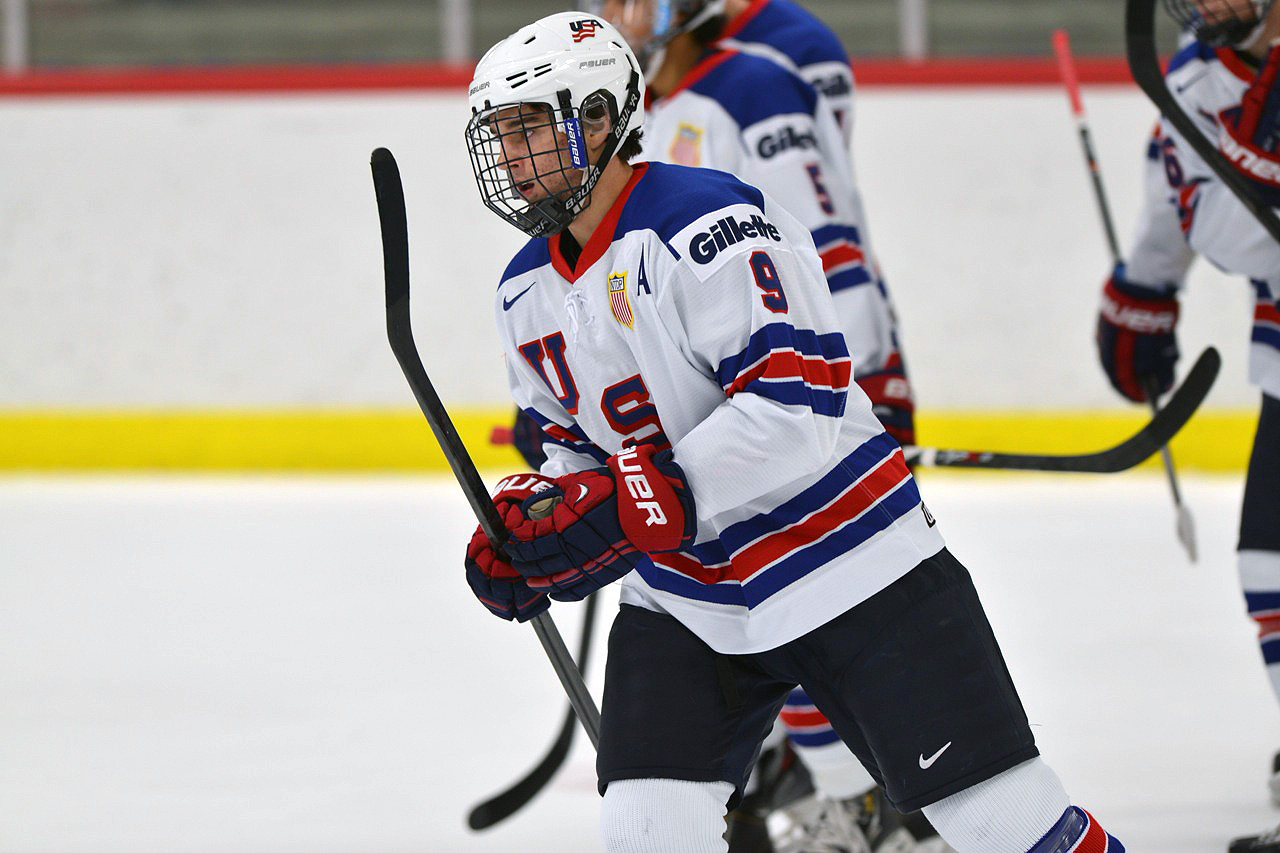 One might say that University of Minnesota maroon and gold are in Shane Gersich’s bloodline.

After all, his dad Frank Gersich played there in the late 1980s. So did his uncles, Neal, Aaron and Paul Broten. All three uncles went on to play in the NHL, and Neal was a member of the “Miracle on Ice” team that won gold at the 1980 Olympic Winter Games.

So it would only be natural for the Chaska, Minn., native to follow his dad and uncles to Dinkytown, right?

Instead, Gersich, an Under-18 forward at USA Hockey's National Team Development Program, will move on next season to the Gophers’ longtime rivals, the University of North Dakota.

“Obviously, it was between Minnesota and North Dakota,” he said. “North Dakota’s facility speaks for itself. The coaches are professional. I just like it. My dad didn’t give me any grief. He told me it was really up to me.”

In fact, Gersich said his extended family doesn’t talk too much hockey when they get together. However, Frank Gersich was a coach on Shane’s teams up through sixth grade, although Frank worked primarily with defensemen.

“The biggest [advice he gave] is to stay a good person and to have fun with hockey because at the end of the day, it’s all about having fun. Enjoy it,” said Shane, who started playing hockey before his third birthday.

Gersich is in his first and only season with the NTDP after electing to play Minnesota high school hockey as a junior at Holy Family Catholic High School.

The transition has gone smoothly, as Gersich has 14 goals and 27 points this season. He is quick to credit the coaching staff for helping his game grow.

“I had a chance to come last year but I stayed in Minnesota,” he said. “It’s been amazing. The competition in practice, competing against the best kids in the country and our schedule is tough. Learning from coach [Danton] Cole and coach [John] Gruden has been amazing. I am not playing so individually and I am really learning the game.

“The biggest thing for me is our practices every day. It is competitive during practice, and that is where it gets good.”

Gersich has had an opportunity to play internationally for Team USA before joining the NTDP. He wore the red, white and blue at the 2012 Under-17 Five Nations in the Czech Republic and the 2012 Winter Youth Olympic Games in Austria. However, he couldn’t pass up the opportunity to wear the sweater for an entire season.

“It means the world [to wear the jersey],” he said. “It’s an amazing feeling. You don’t get to do it too often throughout your career so every time you put it on, you have to cherish it. It’s a big honor to wear it.”

“International play is good. We get to play against the best kids in the world,” he said. “The last tournament [the U18 Five Nations] was great. We were working together as a team, and it really showed all the work we put in from the last one. It was good.

“Our first game against Russia was a 5-2 win [on Feb. 4]. It was big win for us and it got our confidence going for the rest of the tournament.”

Gersich said that Five Nations Tournament in Russia remains one of his favorite moments in his hockey career so far.

“After winning the tournament, we got to go tour Red Square [in Moscow],” he said. “That was cool. There are a lot of guards walking around. There was a mall there and it was really nice.” 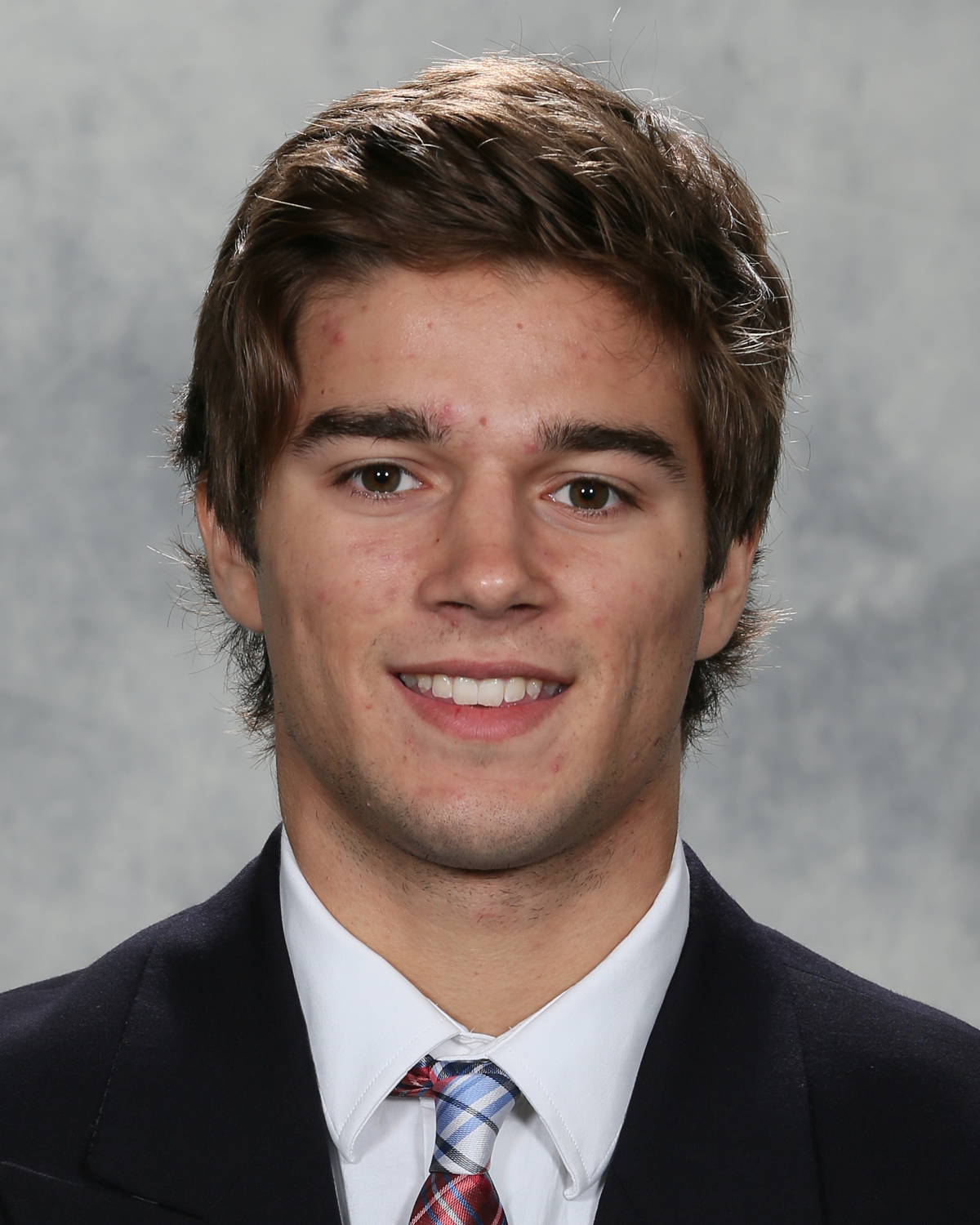