Player Feature - Knowing Role is Making the Difference for Glover 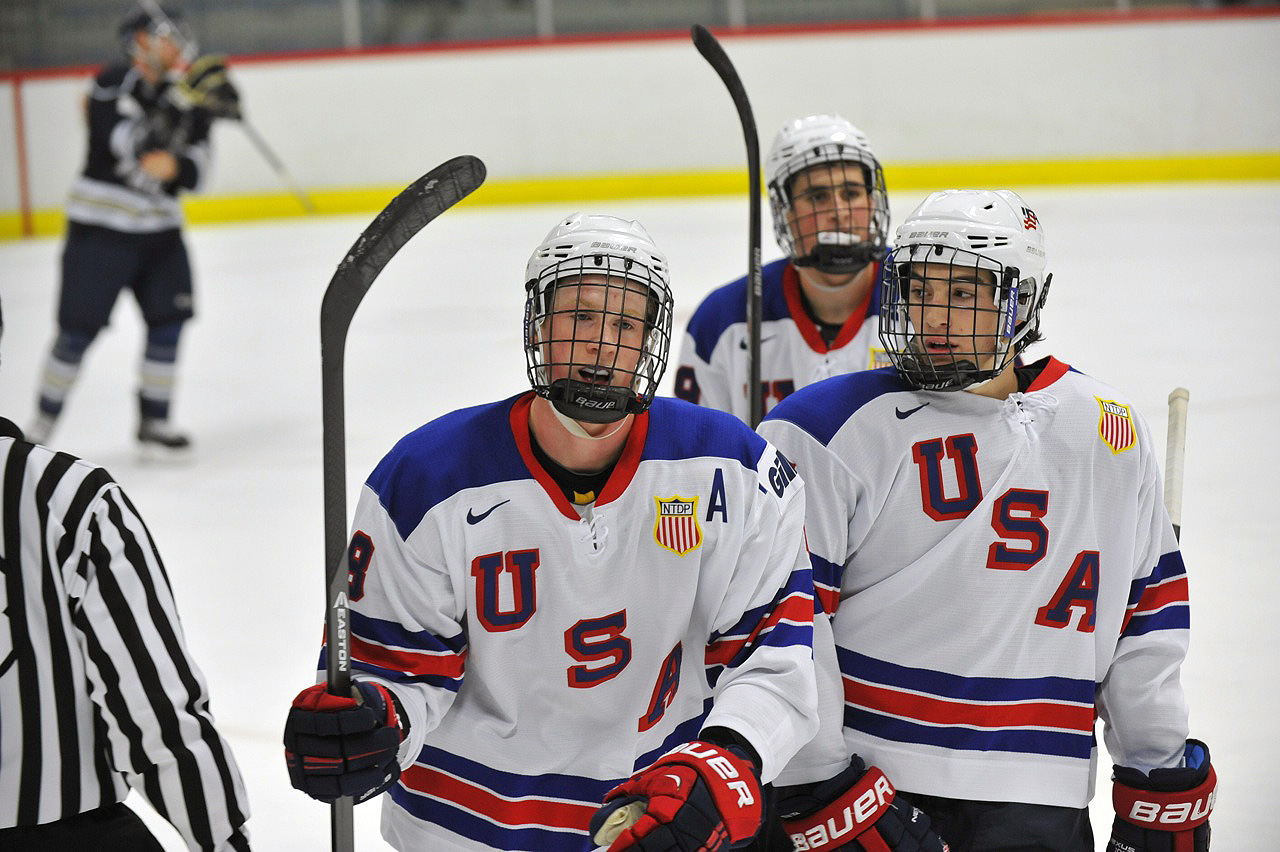 Jack Glover came into USA Hockey's National Team Development Program last season as do most players: With big expectations. And as sometimes happens with a team of 17-year-olds playing against older competition, the season was at times trying.

Now one year older and playing with the U.S. National Under-18 squad, Glover can look back and appreciate what he learned over his first year in Ann Arbor, Mich.

“I definitely have matured, both on and off the ice,” he said. “It has translated on the ice. I know my role and I have figured out what I need to do to help my team. I have embraced my role and am growing with it.”

The 6-foot-3, 197-pound blue liner is quick to credit the coaching staff, particularly assistant coach John Gruden, for his success this year.

“I really can’t put into words how much I value him as a resource,” Glover said. “Last year, even with our struggles, he was huge. He worked with us on what we could do better and it has paid off this season.

“For me, it was the concept that less is more. He walks us through video and has experience as a player. He used to tell me that he was the same way as a player. The coaching staff has emphasized [making] simple plays, and it will work when you are on the ice, and it has been much easier this year.”

That success is also translating to team success. The U18s captured first place at the Five Nations Tournament in early February in Russia.

“There is determination in our whole team,” Glover said. “No one guy is caught up in himself. We are all on the same page with the team goals; the guys have really bought into it. We believe in the locker room that we can reach our end goal in April [at the World U18 Championship].”

It was a short 18 months ago when Glover packed up his stuff in Golden Valley, Minn., to head to Ann Arbor and play for the NTDP. At the same time, his older brother Andrew was packing up to head to the University of Notre Dame for his freshman year. This year, Jack Glover said it was much easier when the brothers left home again at the same time to chase their respective goals.

“It felt more normal this year,” Glover said. “It’s still a little hard on my mom, but I think she is getting used to it.”

Glover will return to his home state of Minnesota next year to play for the hometown University of Minnesota Golden Gophers.

“I definitely watched the Gophers growing up,” he said. “I can’t wait for my parents and my family and friends to be able to come and see me play every week.”

For now, Glover is concerned about the final eight weeks of Team USA’s season. Glover and his U18 teammates play their final college game of the season on Saturday at Michigan State University before rounding out the regular season with United States Hockey League action. The final event of the season is the International Ice Hockey Federation World Under-18 Championship in April in Finland.

“Our goal is to continue to build on what we have accomplished in Russia,” he said. “We need to play 60-minute games, night in and night out.

“The game against Russia [a 5-2 win at the Five Nations on Feb. 4] was a great game for us. We had to show discipline and win the mental side in that game. It really showed us what we can do as a team. It was a sweet moment and good to see the tangible success and hard work we have put in over the last year and a half.”

It should come as no surprise the game is one of his best memories.

“It was one of our best games and we played a complete game,” he said. “It was on their home turf and we really set the play. It was one of the best feelings ever.”

Another one of the best feelings, Glover said, he gets to experience every day when he pulls on the Team USA sweater.

“It means the world to me,” he said. “Watching the Olympics, it’s hard not to have pride in what you are doing. It’s a chance to represent the U.S. on a small scale. What we do is so special to my teammates and me. We get to carry a U.S. tradition, and it’s special.” 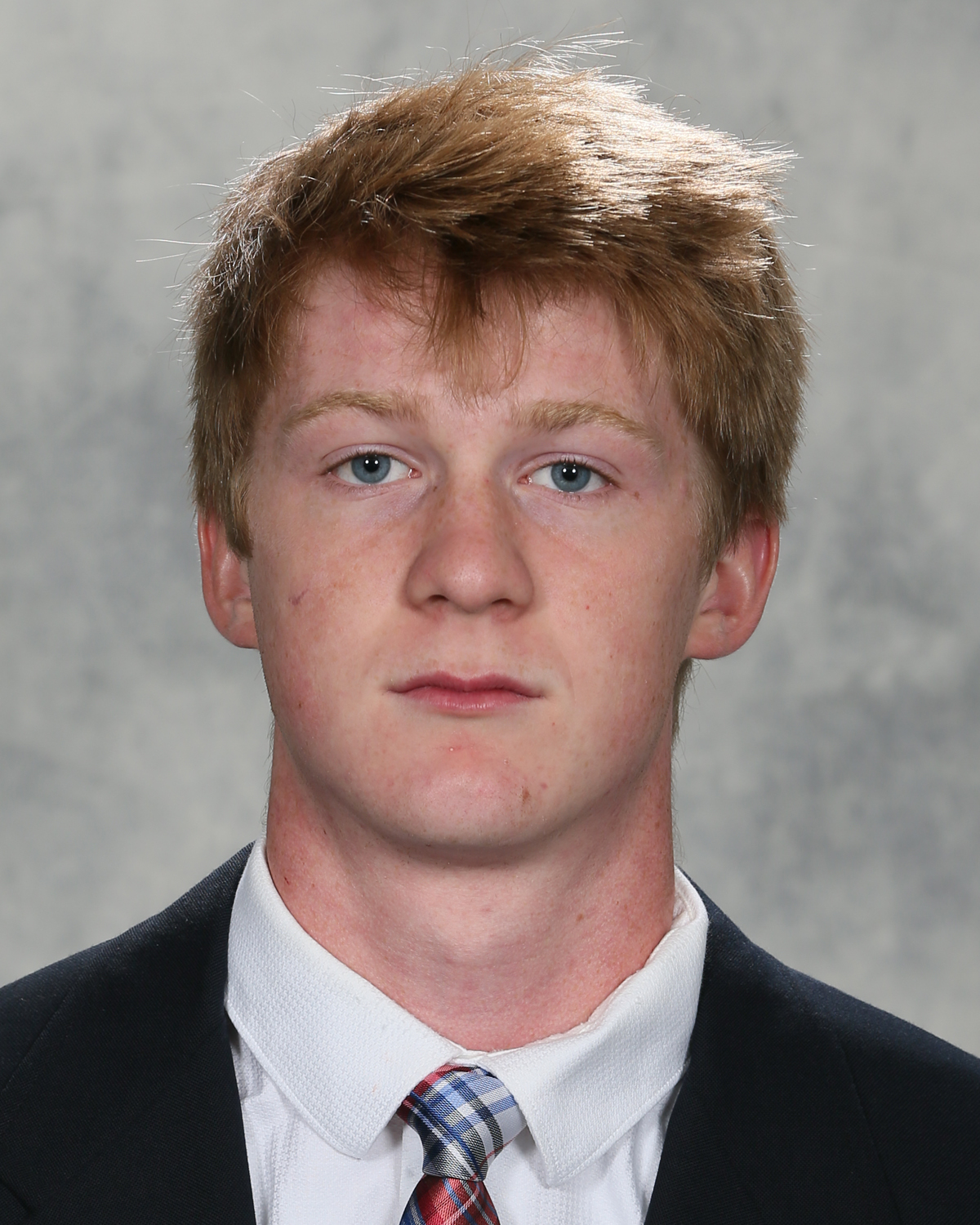