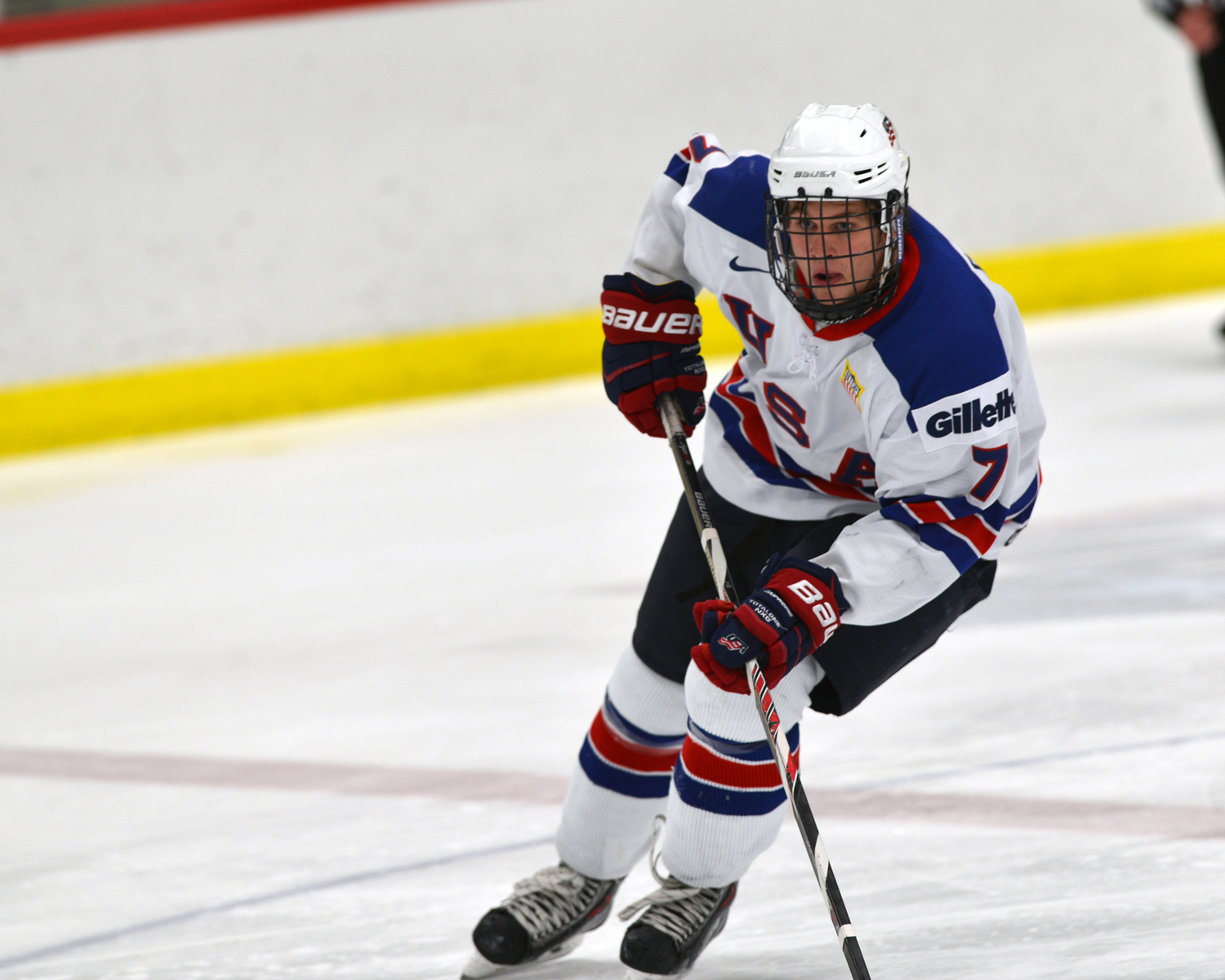 The international experience showed it is starting to pay off, though, when Team USA went 4-0 to claim the 2014 Five Nations Tournament title.

“We learned that we have to stick together, and there are different factors that play into the games over there — the refs, different style of play and the ice surface,” U.S. forward Anders Bjork said. “We need to stick together and be positive, no matter what happens. We have to overcome adversity when we are over there.”

The Five Nations win sets up the U18 squad for a stretch run that includes college and United States Hockey League games before ending with the biggest international tournament on the National Team Development Program schedule: the International Ice Hockey Federation World Under-18 Championship.

Bjork, who stands 5-foot-11 and 182 pounds, spent the summer getting ready for his second year with the NTDP.

“Everyday, I was doing off-ice training and spending time in the weight room,” he said. “I was trying to get stronger. Everyone says that is where you make your gains as a hockey player in the offseason. I tried everyday to work as much as I can and as hard as I can.”

The hard work has translated onto the ice. Bjork already has 15 goals and 28 points this season after registering 24 points all of last year.

“Everyone is bigger and stronger. Everyone has more confidence and we are able to make more plays,” he said. “That has been a big part of our success this year. It’s more fun this year with that success. I feel as if we have come a lot closer as a team, which has helped. Our bonding off the ice has translated on the ice.”

Individually, Bjork said he has worked with the coaches on playing smart and improving his defense, aspects that have been especially key while playing against the older college players.

The Mequon, Wis., native has a rich family hockey history. His dad, Kirt, played hockey for the University of Notre Dame and later skated for the Adirondack Red Wings and in Italy. Anders’ cousin Erik Condra also played at Notre Dame and now skates for the NHL’s Ottawa Senators. Meanwhile, his uncle Dave Arkeilpane won a national title with Michigan State University in 1986.

“My dad played and got me started with hockey and he teaches me still,” Bjork said. “He always has something to tell me after games.”

Anders said his younger brother Brady has also played a big role in his success.

“We train together over the summer,” Anders Bjork said. “He helped my love for the game grow. I always talk to him after my games and he always talks to me after his games, it helps a lot.”

Anders Bjork, meanwhile, will follow in his father’s footsteps and play hockey at Notre Dame in 2014-15. He is a junior in high school and plans to play in the USHL next season before heading to the Fighting Irish.

“I always wanted to go there,” he said. “My whole family has been big into Notre Dame. My parents went there; my older sisters went there. I always loved Notre Dame. My brother and I would always pretend we were Notre Dame players in the driveway. It’s been a dream of mine.”

For now, Bjork is focused on the last few months of the season.

“I want to keep getting stronger and faster and more consistent playing every game to the best of my ability,” he said. “As a team, we are really trying to come together and sacrifice for each other. At the end of the year, the U18 Worlds will be the big difference maker. We are trying to do all the little things right so we can have the best shot as winning gold.” 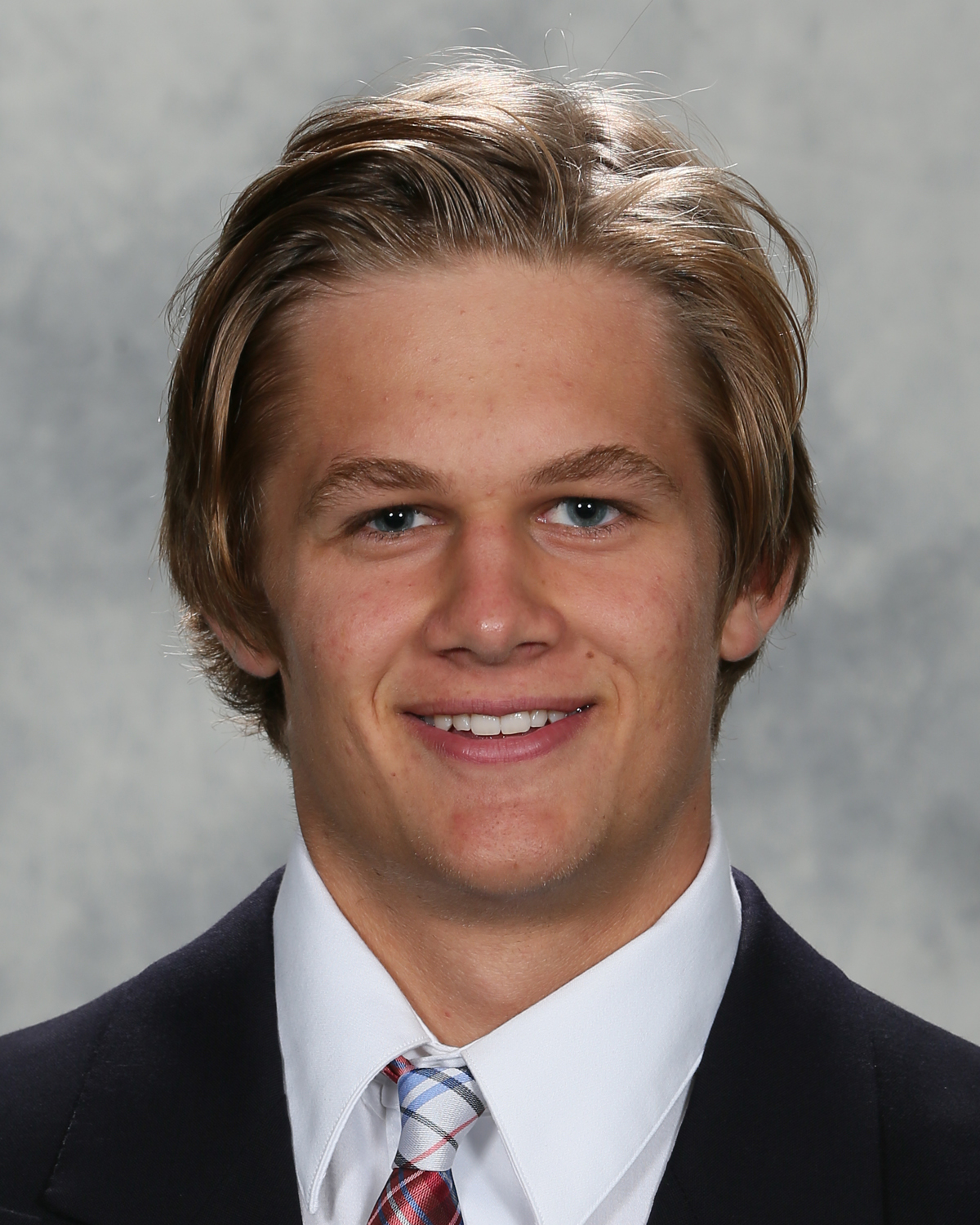