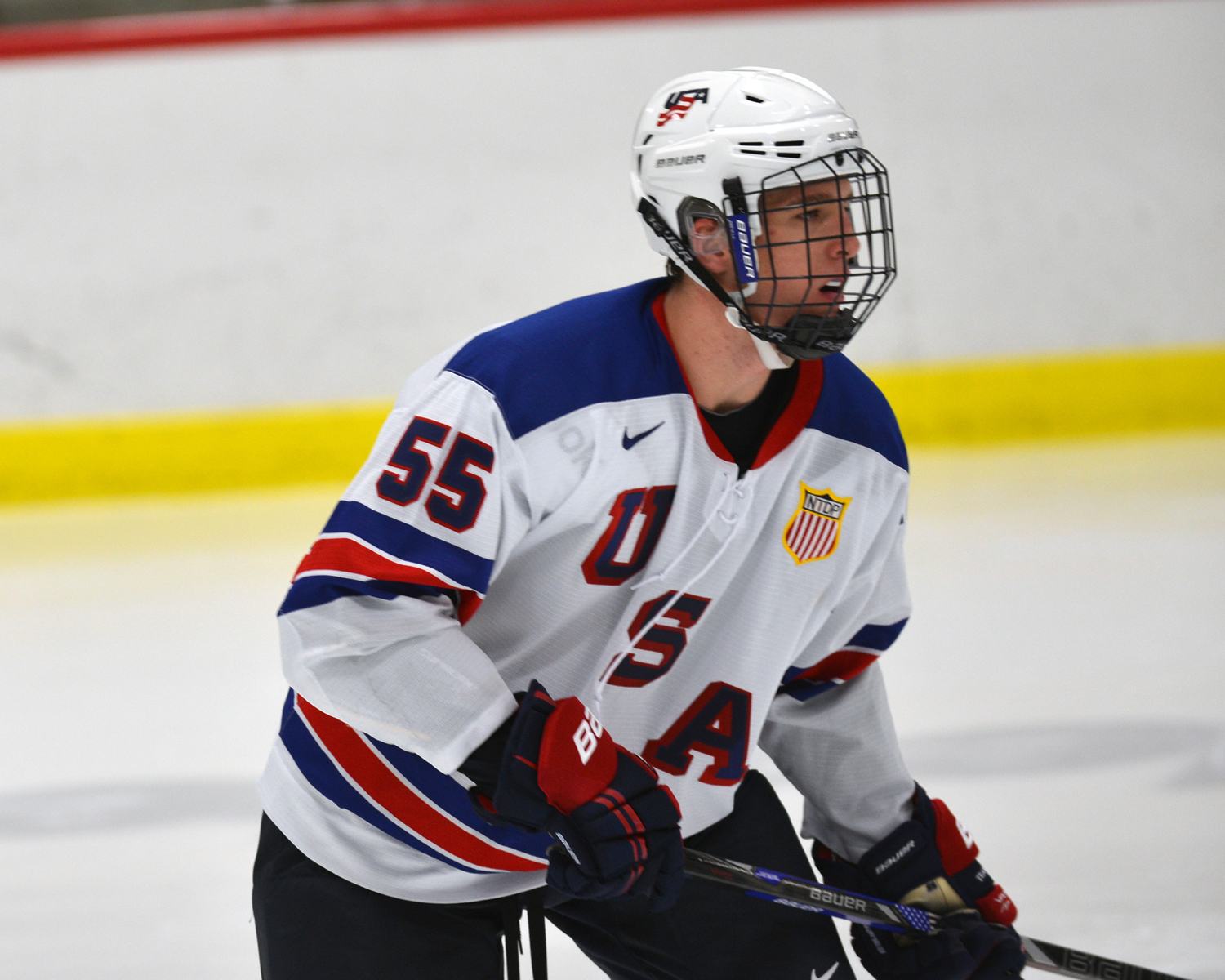 When you grow up in the hockey-crazed Boston area, it’s awful hard not to fall in love with the sport. That is exactly what happened with Noah Hanifin.

“I had a passion for skating and I just loved to play,” the U.S. National Under-17 defenseman said. “It was a fast-paced sport. I loved to watch the Bruins even if they weren’t too good when I was younger. My dad would take me to the Bruins games sometimes and even college hockey games. Boston is obviously a big hockey town. I grew up watching the game.”

While Noah’s dad helped nurture his love for the game, Noah credits his cousin Connor for introducing him to hockey.

“He’s 10 years older and grew up down the street from me,” Noah recalled. “He’s like my older brother. He introduced me to the game and he played in high school. I started when I was 4 years old. I played for my youth hockey organization. The second I started playing, I loved it.”

Growing up in Norwood, Mass., Noah idolized former Bruins and current San Jose Sharks center Joe Thornton. However, Hanifin found a different calling, ending up back on the blueline when he was 8 years old.

“When I played for my town, I actually played forward,” he said. “I switched over to the South Shore Kings, which was my county youth team, and my coach put me back on D because I like to rush the puck and skate with it. Once I started playing defense, I loved it.

“It’s a different point of view of the game. I learned how to play defense; I took some time to learn how to stop the other guys from scoring. I’m really happy that my coach put me on defense.”

Fast forward to August 2013, when Hanifin arrived in Ann Arbor, Mich., to begin his journey with the National Team Development Program. It’s never easy to leave the comforts of home, but Hanifin said he knew it was the right thing to do to help his game grow.

“[It was tough] leaving my family, my school [St. Sebastian] and my buddies,” he said. “I was really close to my school and all my best friends go to school there. St. Sebastian is a tight community, and to leave it was tough. To leave my family, they knew I had to sacrifice to come out here, but it’s worth it to play hockey. I have met some great people out here.”

The 6-foot-2, 200-pound blueliner continues to watch his game grow.

“Obviously, I have great coaching out here, and going against the best guys in the country in practice every day really helps too,” he said. “You end up cleaning up your game.”

Hanifin said the everyday drills have greatly helped him improve.

“At our practices, we do a lot of the same drills every day,” he said. “We get into habits and drills that happen in games each day. We do this 3-on-2 drill, and it really helps me work on my gap and how to walk to push the puck away from the middle of the ice. That drill has helped me a lot, even if the forwards score on me. It’s tiring sometimes, but it has helped me in real games.”

As Hanifin and his U17 teammates get ready to play in the Five Nations Tournament in Sweden this week, he reflected on the team’s previous international experiences.

“We have had two tournaments already and won both of them,” he said. “We can’t slack off at all. We need to go in hard. The Five Nations Tournament will be good; we haven’t played Finland, Sweden or the Czech Republic yet.

“It’s a huge honor [to wear the jersey]. You are representing your country at the highest level. When you play against other countries, it’s a unique feeling and an honor to be out there.”

In the squad’s second international tournament, Hanifin and his teammates took home top honors at the World Under-17 Hockey Challenge. Hanifin was selected to the tournament’s all-star team after posting three points (1-2) in six games.

“It was unbelievable and a unique experience,” Hanifin said. “To win that tournament with this team was the most unique experience I have had. It was good to see the talent around the world. Obviously, the championship game when we played Pacific. It was on TSN and the rink was packed. We were jittery before the game, but I’ll never forget it.”

Hanifin credits the daily grind of the United States Hockey League as a big reason why this team has found success in international play.

“You are playing against guys who are 19-20 years old. They are like men and we are jut 16,” he said. “It humbles you a lot in the sense that you are not going to win every game. You learn how to play with battle and learn how to compete against older guys and not be afraid of anyone. I think that helps when we play in international tournaments when we play our own age group since we are used to lining up against older guys. We have more confidence.”

And that confidence continues to grow for the Boston native. 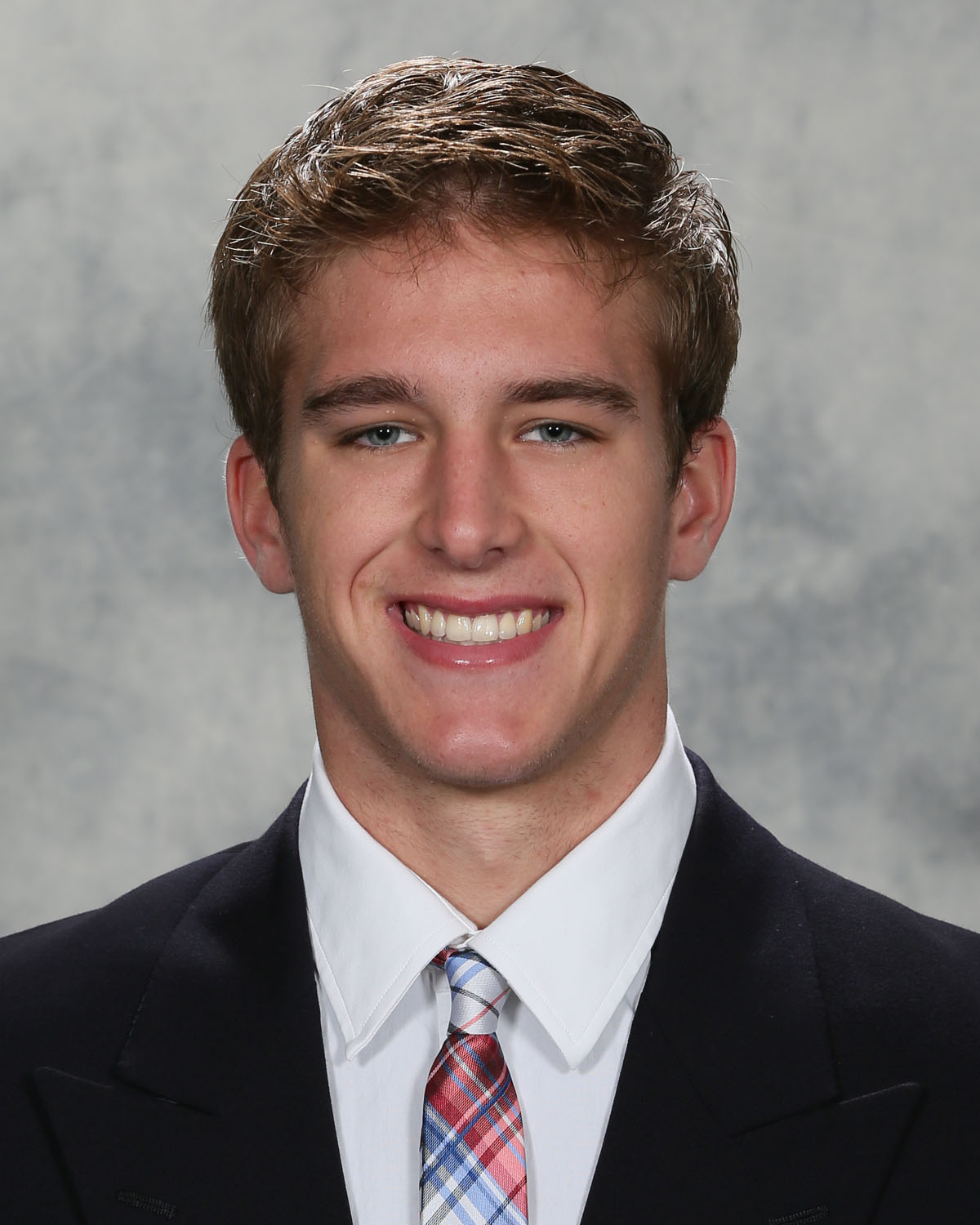 Favorite Book
Into the Wild by Jon Krakauer