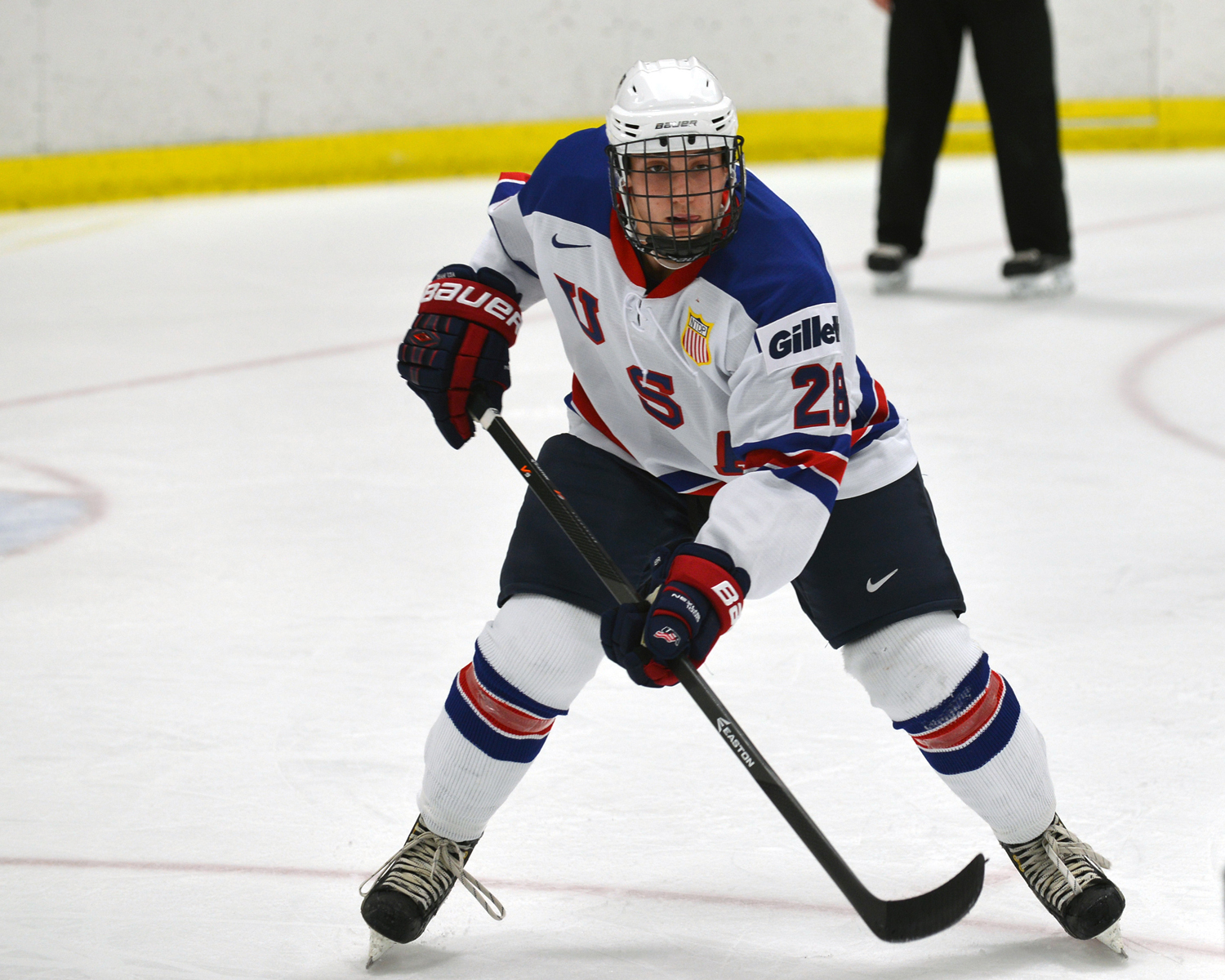 As Nathan Billitier worked out this past summer to prepare for his Under-18 season with USA Hockey's National Team Development Program, he had two simple goals: keep working hard and enjoy the progress.

“I skated about four times a week with some of the pro guys that live in Rochester like Ryan Callahan [of the New York Rangers and the 2014 U.S. Olympic Team] and Brian Gionta [of the Montreal Canadiens],” said Billitier, a native of Spencerport, N.Y. “Those guys really pushed me and helped me get better. They said to keep working hard. They gave me lots of encouragement and told me to enjoy the process and have fun. They are great guys.

“Plus, I trained with my dad and one of my training partners about five times per week. My goal was to get faster, stronger and bigger.”

The 5-foot-10, 181-pound defenseman has seen his game grow significantly since his first season as a member of the U.S. National Under-17 squad.

“Every practice we do defensive-specific drills and work on our defensive skills. They always pull you aside and teach you things, tell you what you did right, what you did wrong and what you can do better. That is really helping me out a lot.”

Billitier credits the NTDP coaching staff for helping him become a better player.

“Coach [John] Gruden is awesome. He knows what he is talking about,” Billitier said. “He was a good player when he played. He has so much knowledge of the game and is always teaching us. He also does video. It really helps us out to see what we did wrong and what we can improve. As a team, we usually do video a couple times of week, and then we will get with our D partner and do video with them about once a week.”

Billitier and his teammates face Adrian College on Tuesday before heading to Dmitrov, Russia for the squad’s second international competition of the season, the Five Nations Tournament. Billitier understands the importance of this event and what the team needs to do to be prepared.

As Billitier’s second and final year with the NTDP slowly winds down, he said the experience is something he will never forget.

“There are no words to describe it,” he said. “You get really close to the guys. I think it is the best place you can be, personally, with the coaching and the resources you have here, so that you can get better. It’s been awesome.”

Plus, Billitier gets to pull the Team USA sweater over his head for each and every game.

“It’s an unbelievable feeling,” he said. “Every time I put it on, it’s an honor. I think of all the men and women who have died serving our country. It’s just a great feeling to put it on.”

Once his days at the NTDP are over, Billitier has committed to playing college hockey at the University of Notre Dame. Although he will be based in Indiana, the New Yorker will still have an opportunity to play back east as the Fighting Irish are members of the Hockey East conference.

“The coaches really got me. Jeff Jackson is a great guy and a great coach,” Billitier said. “The facilities are unbelievable. The campus is awesome. I felt really comfortable there. I’m really looking forward to going there.” 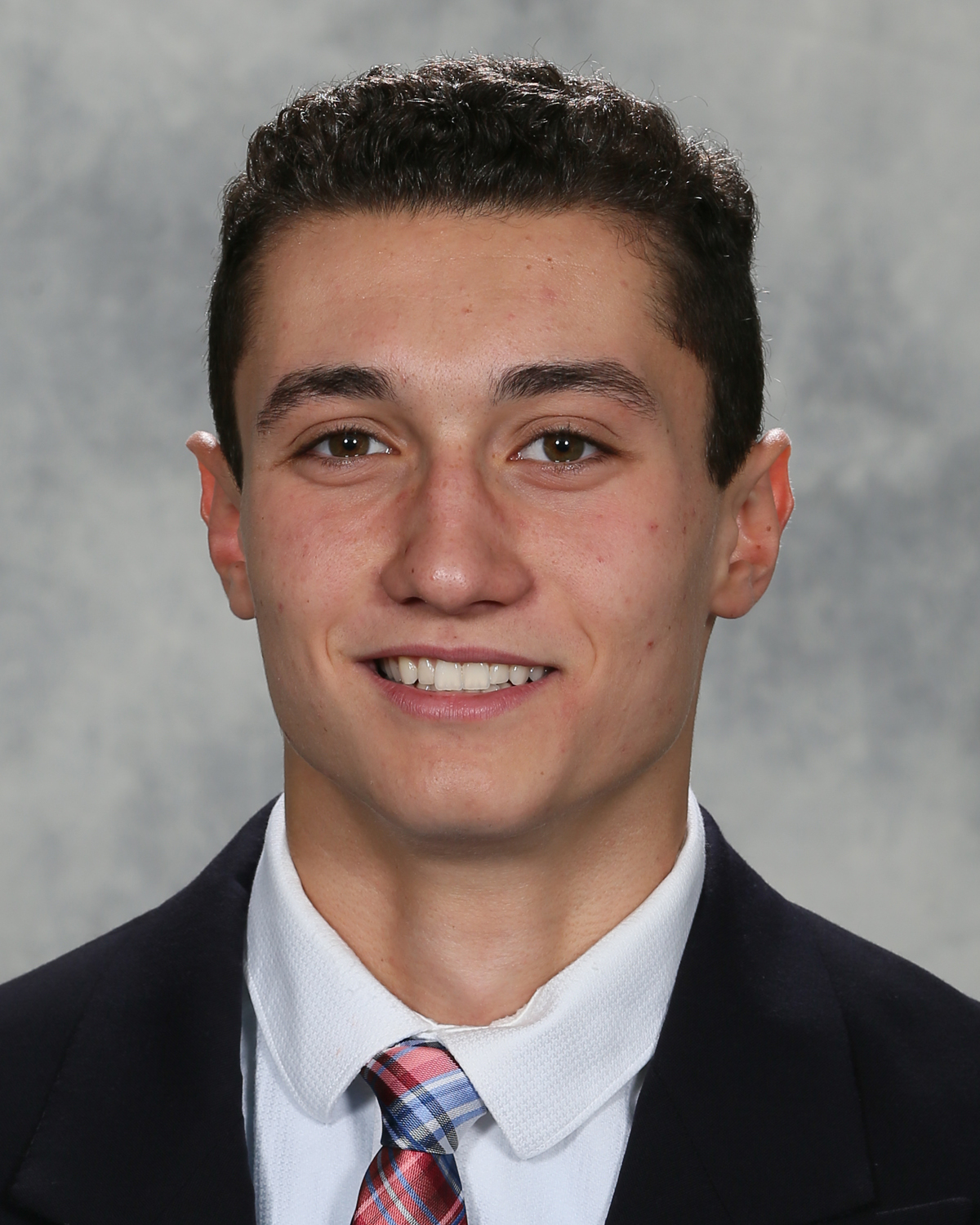 Favorite Activity Away from Rink
Playing the Guitar