Player Feature - After Injury, Matthews is Lighting Up the Ice 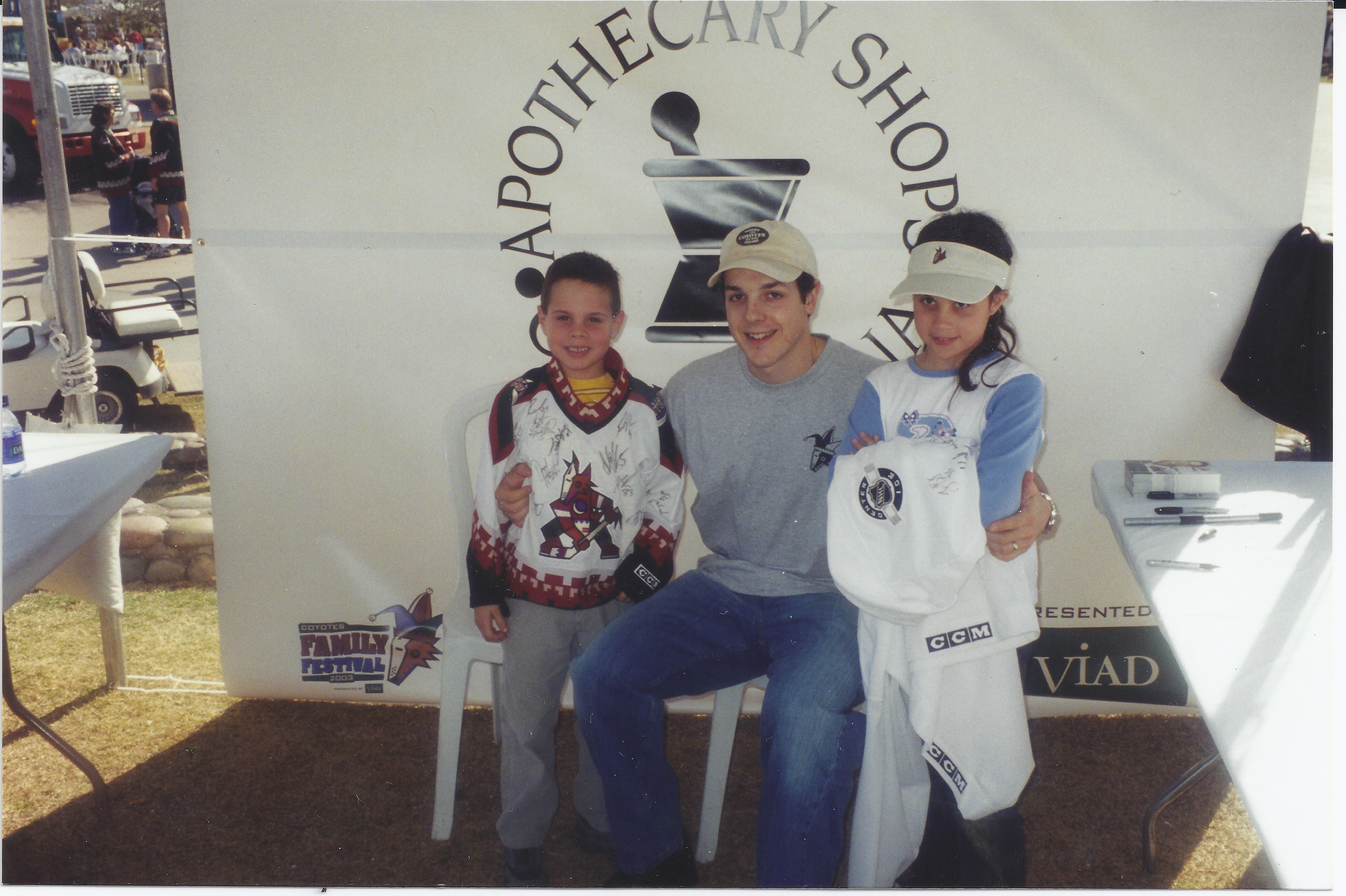 The photo still hangs on the refrigerator today.

“I had an opportunity to meet some [Phoenix] players and get their autographs and have photos taken,” Matthews explained. “I think I had a ‘deer in the head light look’. I didn’t know what to say. I just stood there and stared like a 6-year-old kid would.”

Matthews, who grew up in Scottsdale, Ariz., started attending Coyotes games with his dad Brian when he was 2 years old. He jumped at the opportunity to start playing hockey when he was 5 so he could emulate his favorite players, and he’s never looked back.

“It was fast tempo and fast paced,” said Matthews, now a forward on the U.S. National Under-17 Team. “I just fell in love with it.”

Fast forward to August 2013 when Matthews arrived in Ann Arbor, Mich., to play for USA Hockey’s National Team Development Program. He left sunny Scottsdale for a new adventure and an opportunity to wear the colors of his country.

“It has been fun being around my teammates every day,” Matthews said. “Honestly, the transition hasn’t been too bad. Mrs. (Lisa) Vollmers [the team’s academic advisor] has helped with the transition to Pioneer High School.

“My hockey friends from back home were happy for me but sad I was moving away. I just miss the warm weather of Arizona. To come here and play for the NTDP, I will take the weather.”

It was a difficult first few months, at least on the ice, for the 6-foot, 192-pound Matthews. On Sept. 14, in just the team’s second game of the season, Matthews suffered a lower body injury that resulted in surgery and having to use crutches for a few months.

“It was pretty hard, but I really battled back,” Matthews said. “I felt blessed to play in the World Under-17 Challenge that we won in Nova Scotia [earlier in January]. It was a rough few months [dealing with the injury], but there are great guys on the team. They really supported and helped me through it.

“Our trainer, Jason Hodges, also really pushed me [to get better and back on the ice]. He helped me with my rehab and helped me get stronger so I could get back out there. I recovered as fast as I could, and it made me a stronger person.”

Matthews developed a different perspective while having to watch the games from the stands. The U17 coaching staff also made sure Matthews was still very much a part of the squad as he rehabbed his way back into playing shape.

“The coaches made sure to keep me involved,” Matthews said. “I would go to video sessions and watched practice. When I was ready to come back, I didn’t feel as if I was too far off. It definitely helped to see different parts of the game and see what the team was doing.”

Matthews was finally cleared to return and played his first game in almost three months on Dec. 6 at Dubuque. Since returning from injury, he has totaled 15 points in 12 games, including five goals and 11 points at the World Under-17 Hockey Challenge in Nova Scotia. Matthews and his teammates claimed top honors at the tournament.

“I can’t explain it in words; it was just awesome,” Matthews said. “It was my first international tournament, and it’s great to be able to compare yourself against the top players in your age group.

“To put on the USA jersey and play against a different country is such a great feeling. It was an honor to bring home the title and it seems surreal. To line up on the blue line after we won with my teammates, I cannot imagine a happier moment in my life.”

Plus, Matthews’ parents made the trek to Nova Scotia for the final four games of the tournament.

“Since I had been out, they were finally able to come out and watch me play,” said Matthews, who posted a photo posing with his parents and his medal on Twitter. “My mom said she was freezing, but it was worth it to watch me play.”

More than anything, Matthews also takes some words to heart from his great uncle Wes Matthews, who played in the National Football League for the Miami Dolphins.

“He taught me that talent can’t get you everywhere,” Auston said. “Not everyone has talent, rather you have to work hard.”

That hard work is exactly how Matthews got back out onto the ice. 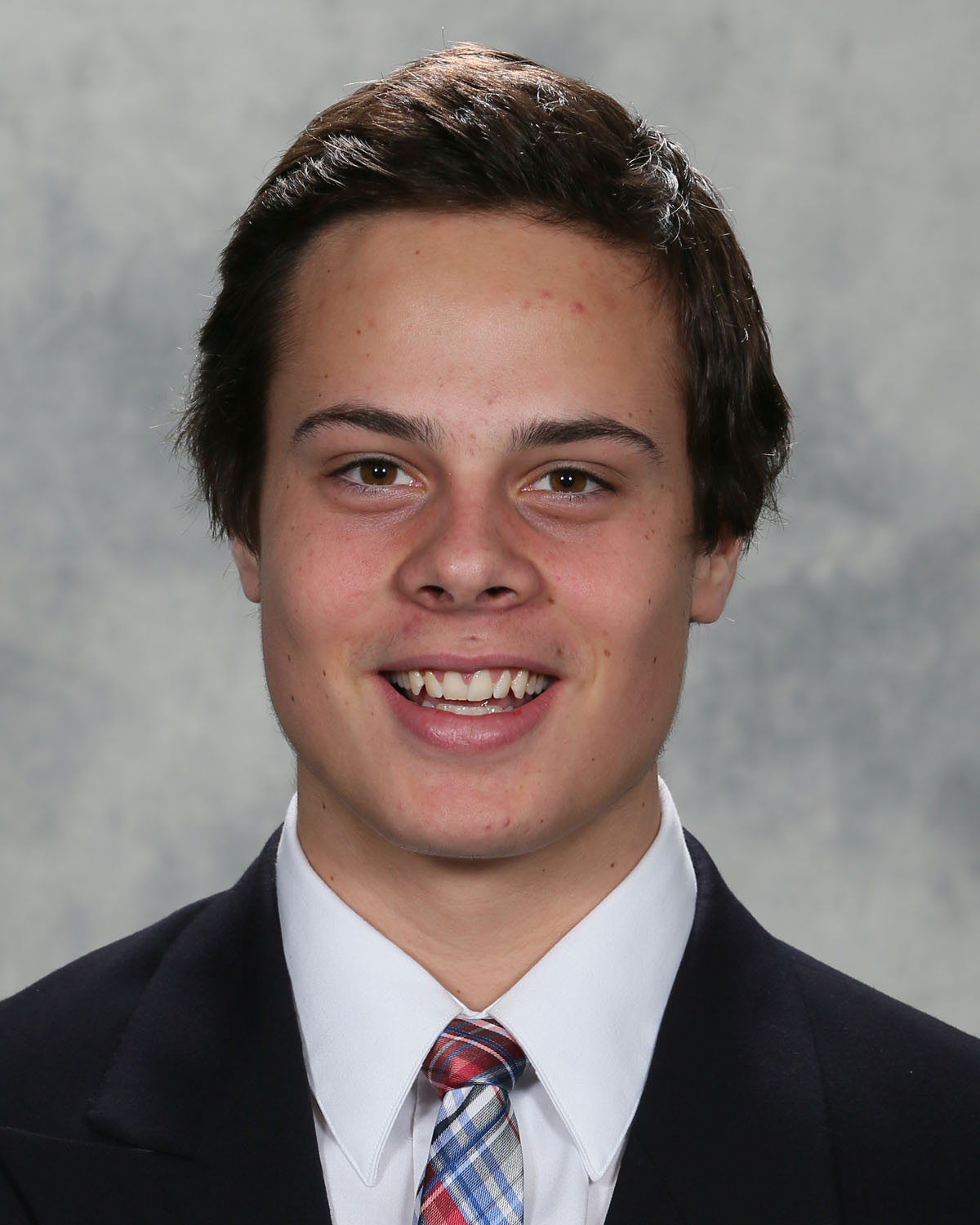 Favorite Sport (Outside of Hockey)
Basketball