Player Feature - Bliss to Carry on a Family Tradition 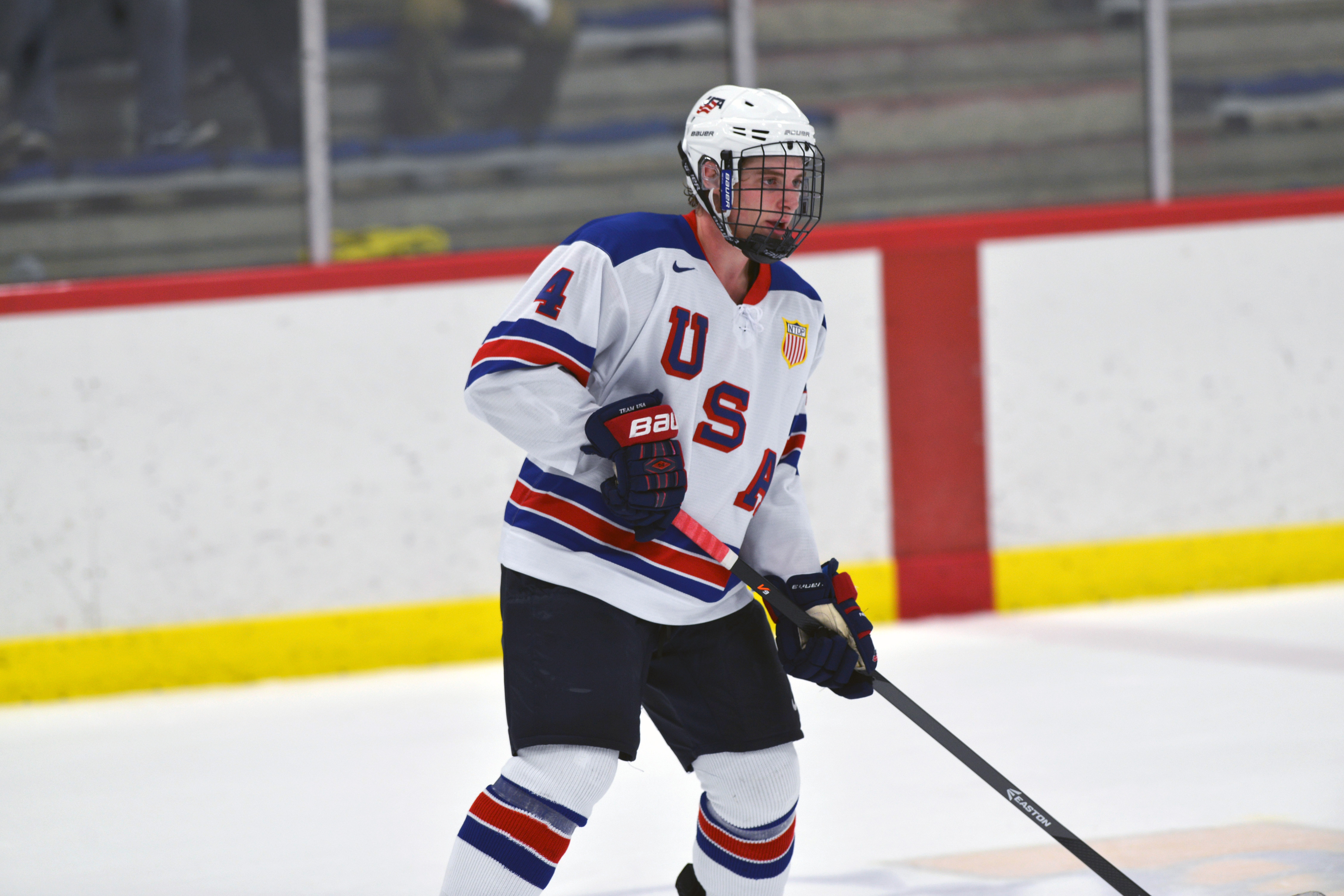 When U.S. National Under-18 Team defenseman Ryan Bliss decided to play college hockey at Cornell University beginning next season, he was also deciding to carry on a family legacy.

Bliss’ mom, Kelly, was a two-sport athlete in field hockey and lacrosse at the upstate New York school.

“She was probably more excited than I was [when I told her I wanted to go there],” Bliss said. “Throughout this process, she has been very supportive. She is very proud and excited for me. She has been very helpful through everything.”

The decision to attend Cornell came naturally to Ryan. The school is only about five hours from his home in Chelmsford, Mass., which means his parents will be able to see him play even more next year.

“I’m really excited for next year,” he said. “I actually committed a couple of years ago. I knew it was where I wanted to go when I was younger. We had the family connection, but I thought it was the best combination of hockey and academics for me. It was a great fit when I got onto campus. I really like the coaching staff and I know a lot of guys on the team. I’m excited and looking forward to it.”

For now, Bliss is focused on the task at hand: playing for Team USA. As Bliss and his teammates prepare for this weekend’s two-game road trip to Massachusetts, he realizes just how important it is to maintain his focus.

“I think being consistent and knowing what to do every day, especially being mentally focused, has helped me,” he said. “That is something that I worked for last year, and I have definitely found it more this year.

“Staying motivated also has helped me, especially in practice and in the weight room. I like having goals and staying on track. That has helped me to keep driving to reach my goals.”

These goals have helped the 6-foot-1, 198-pound blueliner this season.

“Night in and night out, it is about self-evaluating my individual goals I set for myself,” he said. “Coming back this fall and learning what the U18s did last year; [it’s all about] putting the pressure on us and holding ourselves to a higher standard. Everyone on the team has been clicking and the work ethic has really come together.”

Plus, Bliss understands the importance of working every day in practice to improve his skills. He is thankful for the time working with National Team Development Program assistant coach John Gruden.

“He works with me on the little things, especially the defensive stuff like stick on puck,” explained Bliss, who has six assists in 30 games this season. “He has helped me keep my confidence and be consistent, both with offensive and defensive skills. He has kept it fun and he has helped a lot, and I want to think him for my success.

“A lot of the drills we do are based on different things. The transition stuff and defensive drills have helped me the most, especially pivoting and puck retrieval drills. He has been good with helping me improve my game.”

Bliss said he is looking forward to the U18’s second international trip when the squad heads to Russia for the Five Nations Tournament in early February. The tournament will be an opportunity for Bliss to show how his game has grown since that squad’s first international trip to Finland in November.

“The first trip to Finland wasn’t really the outcome we hoped,” Bliss said of the team’s second-place finish at the Four Nations Tournament. “Coming back from Finland, I think we realized there are things we need to work on and we have to respect our opponents and be ready for everybody. I think it has helped us prepare more for our games, especially the next tournament and the end of the year.”

The Five Nations is also another opportunity for Bliss to represent his country internationally.

“Being able to represent my country on a daily basis is an honor and is something that not a lot a kids can say they do,” he said. “I wear [the USA sweater] with pride and am thankful to have this opportunity.” 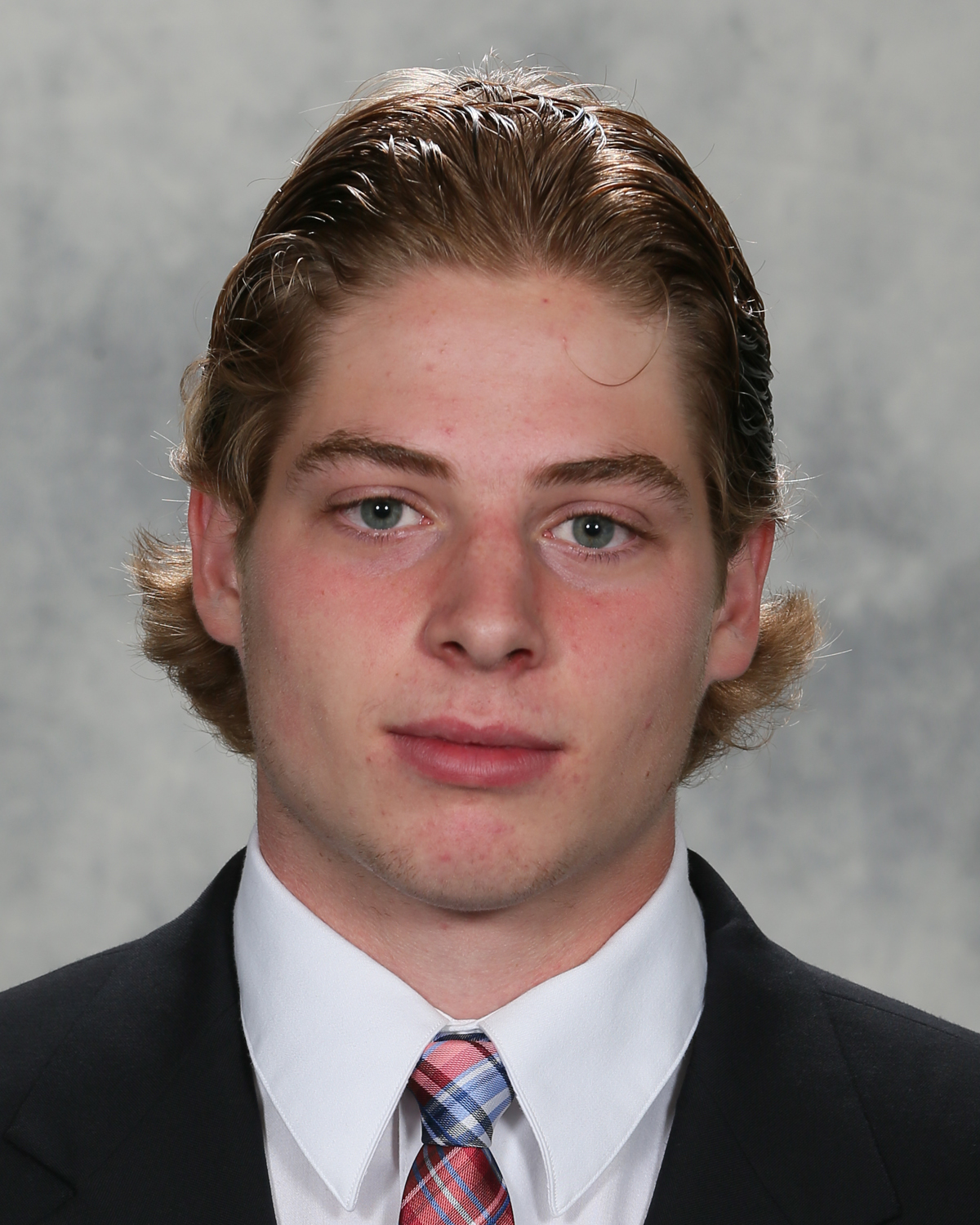 Favorite Book
Flags of Our Fathers by James Bradley