Player Feature - Hockey Runs in the Blood of Stevens 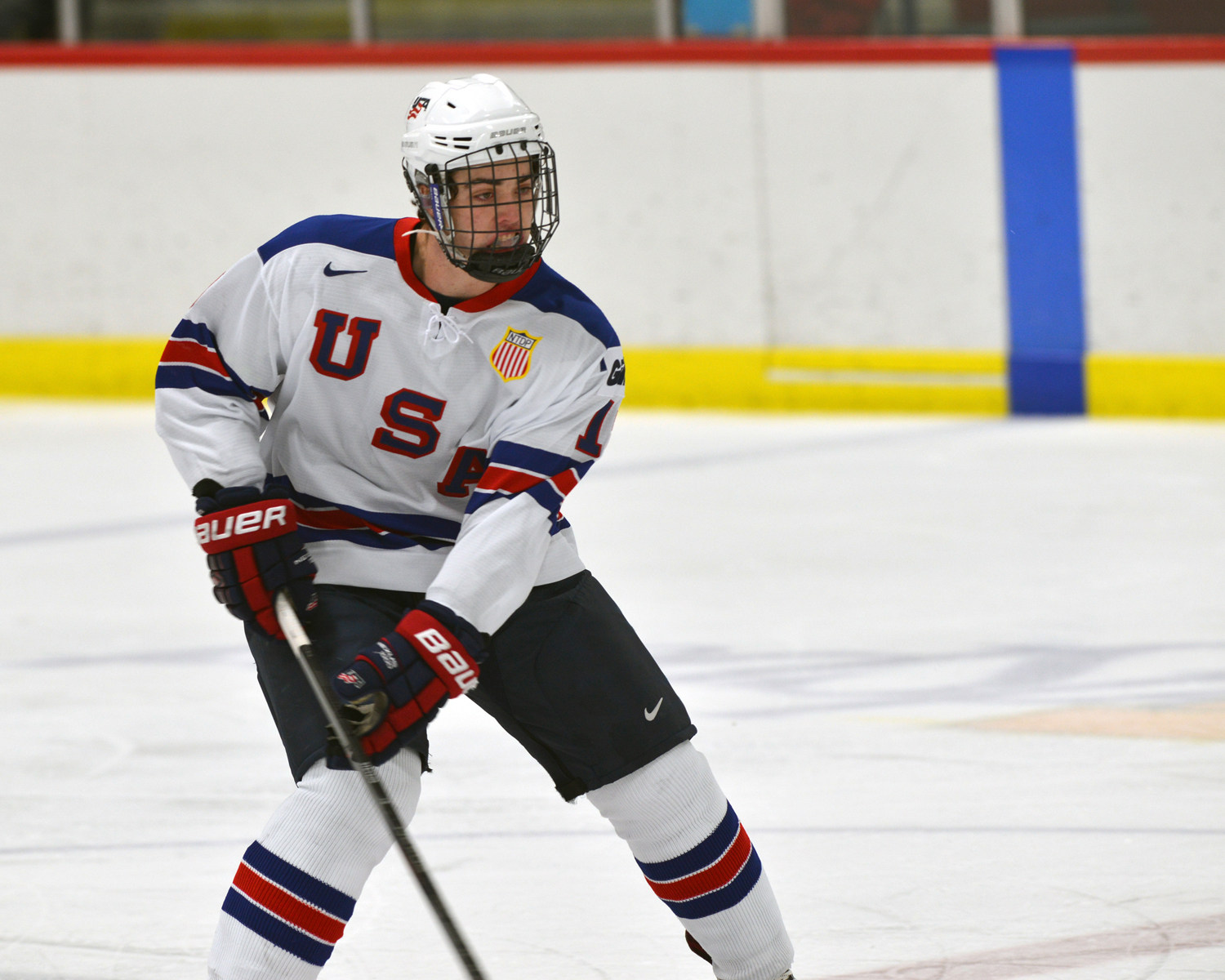 Hockey is a family affair for U.S. National Under-18 Team forward Nolan Stevens.

It starts with his father, John, who played in the National Hockey League and the American Hockey League and is now an assistant coach with the Los Angeles Kings. Nolan’s older brother, who also is named John, is a freshman forward at Northeastern University.

It should come as no surprise that the elder John had a great influence on his two hockey-playing sons. Although John Sr. hasn’t seen Nolan play in person since Nolan was playing Under-16 hockey in Los Angeles, the father keeps close tabs on his son and watches the National Team Development Program games online whenever he can.

“He’s always positive,” Nolan said. “After each game, he may tell me about little habits I need to improve on, especially since I missed a lot of time last year. He always reminds me to keep positive on the bench, and if I’m not playing well I can contribute to the team in other ways. He’s been a huge help in building my game up and I’m happy with it right now.

“Hopefully he can come out here and watch me play during the Olympic break. It would be nice.”

Brother John, who is two years older than Nolan, also has helped Nolan develop his game. This past summer, the brothers spent four to five hours per day training together.

“My whole summer was based on that,” Nolan said. “We set our day around our training. We would start at the gym in the morning and then do sprints at the beach and shoot at the ball hockey court. It was all-around hockey. That really made my summer fun and productive.”

The brothers have long dreamed of playing together on the same team, and when Nolan was offered an opportunity to join John at Northeastern, he jumped on it. Only a sophomore, Nolan is accelerating his studies so he can graduate this summer and start at NU this fall.

“It’s going to be awesome,” Nolan said. “It’s one of the reasons why I’m going there. We really push each other. He is a guy I would like on my team. The whole staff there is awesome. I think it will be fun and I can’t wait to get going there.

“I connected with the staff when I was there. I respected their opinions about hockey and felt comfortable.”

“I think last year taught me how to battle through adversity,” Stevens said. “If I have a bad shift or if I’m not happy with the way I am playing, I know I can get better through practice, and I know there is always a way out of it.”

In addition to Stevens’ improved play, the entire U18 squad has found a winning touch after some struggles last season.

“The maturity level of the team has been the biggest difference this year,” Stevens said. “Last year, it was tough. We really didn’t win a lot, and we had to find that maturity [so] we could win games. Everyone needed to learn to play his role, and we have had success with that this year.

“Winning is way more fun than losing. When the team is winning, I think everyone has success. It’s a lot happier time in the program right now.”

Even during the lowest times, however, Stevens never took wearing the USA sweater for granted.

“It means so much,” he said. “I love competing for the United States when we go overseas; it’s us against them. To be able to represent the country is awesome. It’s not going overseas and fighting and it still means a lot. The best memory was the first time I put on the jersey.” 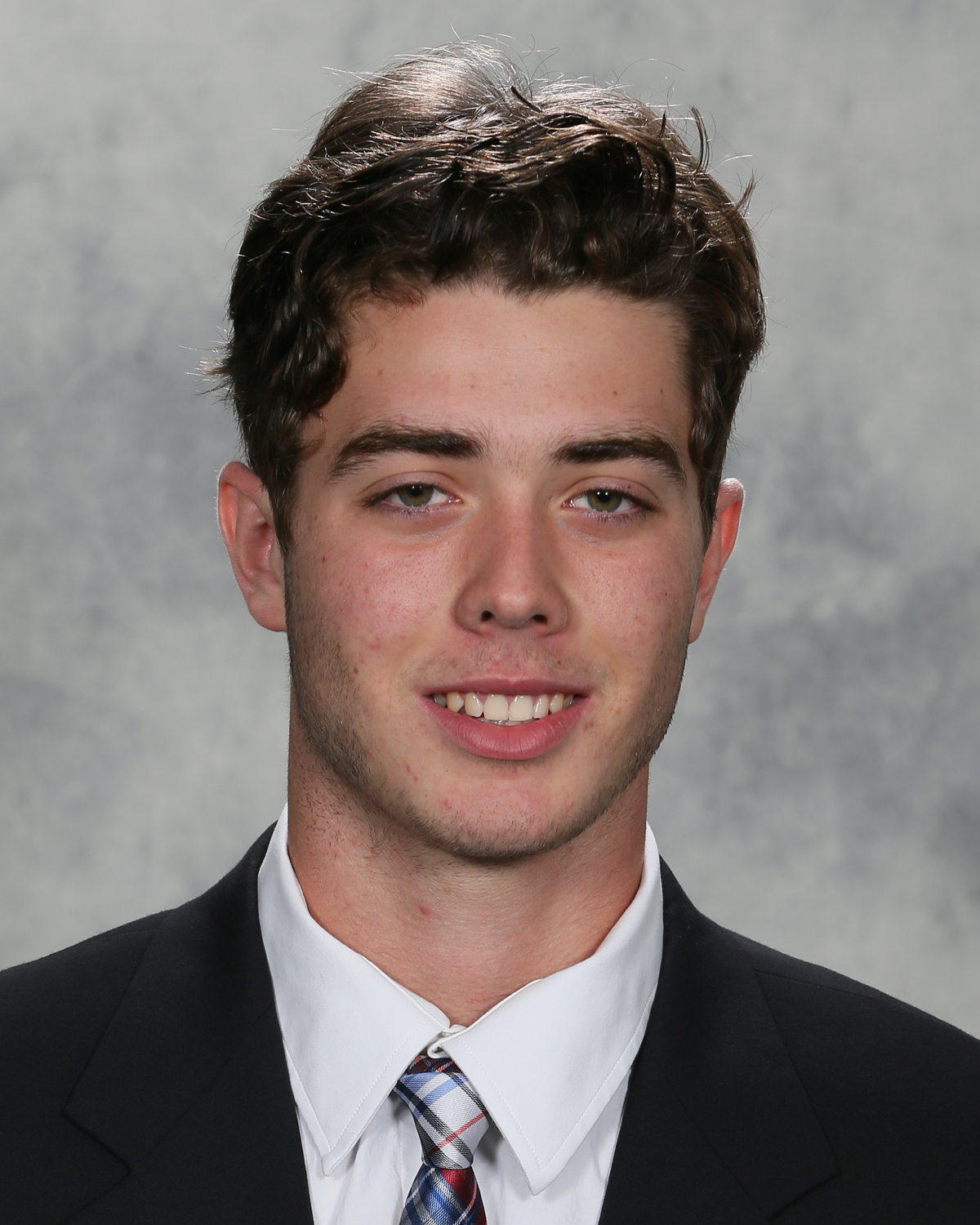