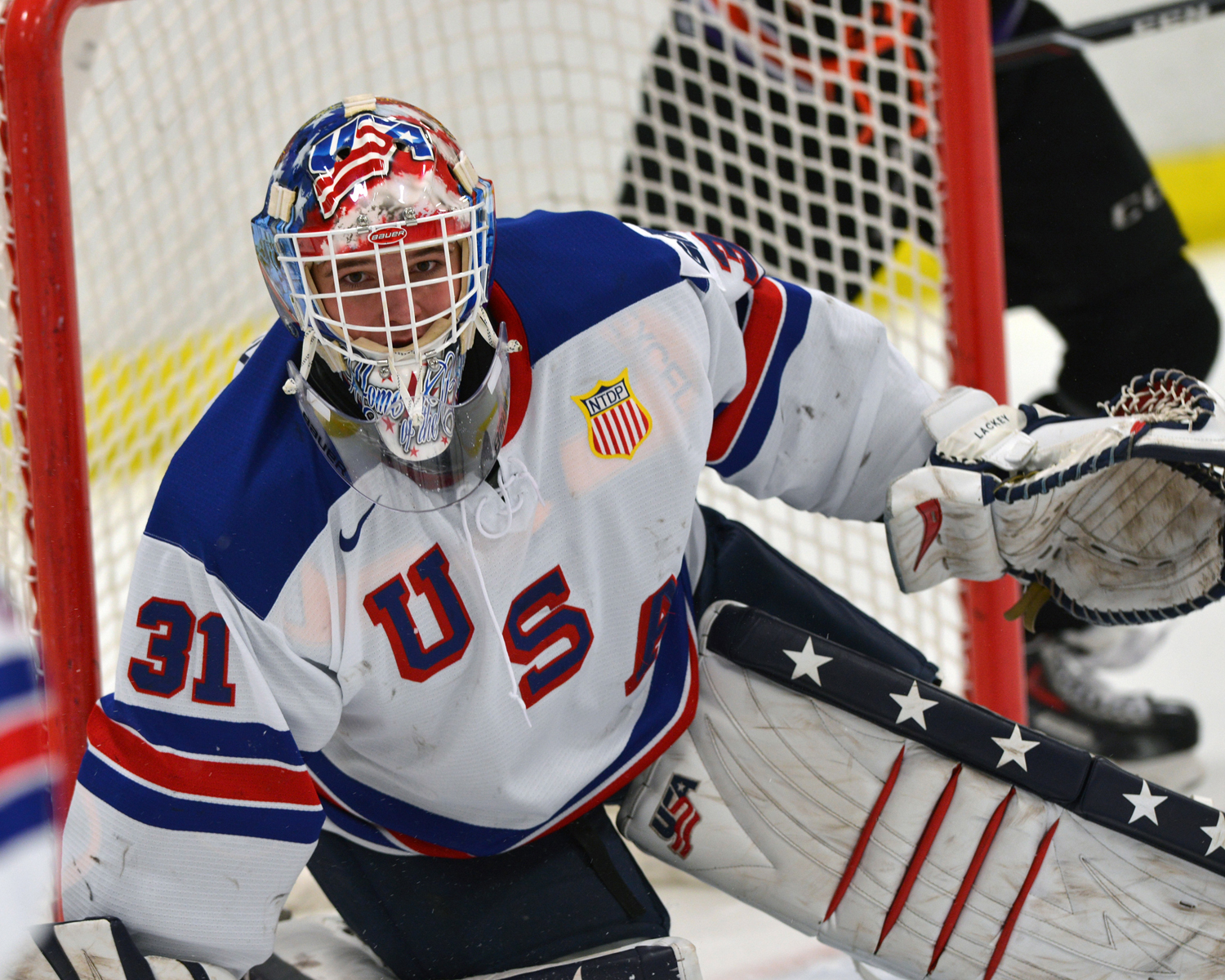 Growing up in Washington, D.C., Michael Lackey naturally was introduced to hockey through the National Hockey League’s Washington Capitals.

Lackey’s journey to USA Hockey's National Team Development Program began when he attended a Capitals game with his dad at age 4.

“My dad took me to a Capitals game, and during intermission, I watched Mites on ice and, at first, it looked like fun,” Lackey recalled. “When my dad first took me skating, I was using figure skates. I was falling on my butt and I wanted to quit. However, we were next door to an ice rink, and I saw some 12-year-olds playing, and that kept pushing me on.”

Lackey eventually settled as a goalie, something he credits to former Caps netminder Olaf Kölzig.

“I grew up watching Olie the Goalie, who was an All-Star goaltender for the Capitals,” Lackey said. “I watched him and I saw his mask — Godzilla. I thought it was the coolest thing.

“We started playing hockey and our goalie was always talking about Kolzig, and I was too. Our goalie wasn’t playing his best and I was like, ‘Dad, can I try goalie once?’ I did well in my first game, and it just kept me wanting to push forward.”

After playing for Phillips Exeter Academy in New Hampshire last season, Lackey earned an invitation to join the NTDP in Ann Arbor. He noticed how his experiences from last year are helping him with the transition.

“So far, it’s been pretty smooth,” he said. “It’s a lot faster pace, but the guys are bigger. In prep school, the guys are older, but they are not necessarily skilled. In the USHL, there is a great amount of skill. Prep school definitely helped me prepare, playing against even 19-year-olds who are committed to NCAA I or are future NHL draft picks.”

Lackey, who has grown into a 6-foot-2, 207-pound goaltender, is known for his competitiveness out on the ice — whether it is in practice or in a game.

“Obviously, you have to compete for every puck and in drills, it pushes you,” he said. “If I give up a bad rebound, and somebody is backdoor, a non-competitive person wouldn’t push, they would think it’s just practice. I would take that extra effort to push back. I think it helped me growing up — ever since I was little and growing up. Even in lacrosse I would stay after and shoot. In hockey, I am the first one on and the last one off the ice.”

NTDP goaltending coach Kevin Reiter has been working with Lackey on and off the ice.

“He has helped me significantly,” Lackey said. “The goalies get to skate for 30 minutes to an hour before practice, and we get to work on what I need individually or what the coaches notice. We get to go over video and if we notice something in the video, it is like, ‘Let’s work on that either during the goalie session or even in practice.’

“In practice, it’s the simple stuff such as just playing the puck. I have noticed the speed is so much faster and the guys are always crashing on you, it’s just different. He has been helping me adjust to the speed and making quick decisions, whether it’s passing up to a defenseman or just leaving the puck.”

Since Lackey is a bigger netminder, he uses his size to benefit him in between the pipes.

“It lets me butterfly a little bit more,” Lackey said. “Smaller goalies have to be hesitant about butterflying because their shoulders do not always reach the top. When I butterfly and have the proper depth, my shoulders can cover up to the cross bar. That basically lets me hesitate whether to butterfly or stay up.  It’s a little intimidating for forwards coming down and not having much net to work with. It gets in their head.”

Lackey and his teammates will enjoy a small break before the squad heads to its second international tournament of the season, the 2014 World Under-17 Hockey Challenge in Nova Scotia.

“We will be working as a team and wearing the USA jersey against the other countries will be huge,” Lackey said. “It means the world to wear the jersey. Words can’t describe it.” 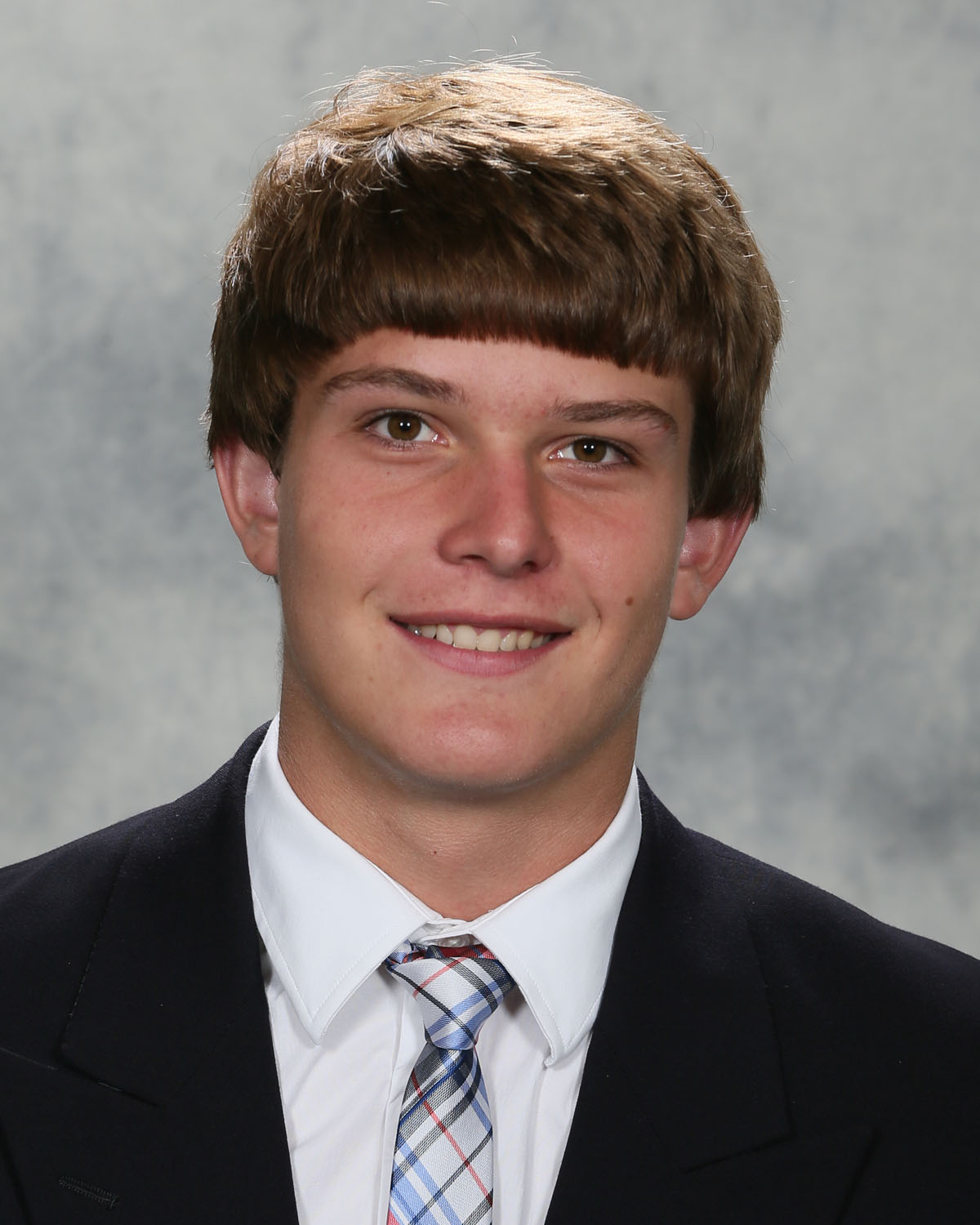 Favorite Book
To Kill a Mockingbird by Harper Lee