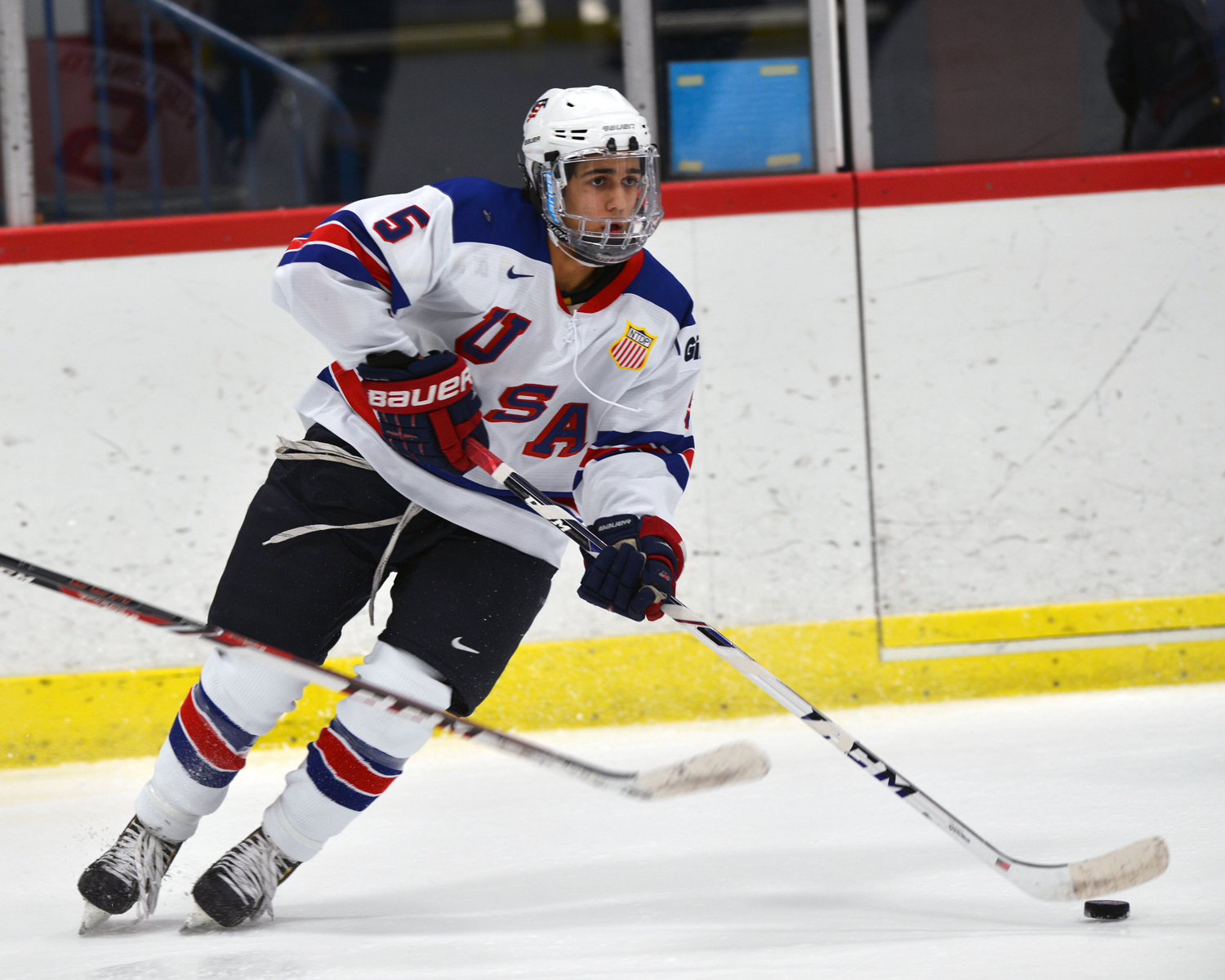 Playing with confidence has made a big difference this season for U.S. National Under-18 Team defenseman Brandon Fortunato.

“I feel more confident in my game and can make more plays and think on my own,” the North Hills, N.Y., native said. “The summer training was a huge factor coming into this year. It definitely helped me.”

“And I skated every opportunity I could skate,” Fortunato added. “I would skate for five hours a day in the summer with Sonny. We went all out on the ice and off-ice too. That definitely helped.

“We pushed each other. If one of us was slacking at some point, we had the other person to push. It was great.”

It also helps Fortunato that each day in practice he faces a strong offensive presence from the likes of Milano, Jack Eichel, Alex Tuch and Dylan Larkin, to name a few of his U18 teammates. The tough competition is a big reason why he feels more confident this season on the ice.

“When you play against those type of players, the speed they play at, you really have to adjust to it,” he said. “When game time comes, believe it or not, you are used to that pace and their speed and skill. You are ready for it at game time.”

Despite his “smaller” statue, the 5-foot-9, 144-pound Fortunato loves international play. Just one year ago, he tallied 12 assists in three different international competitions for the NTDP, including seven helpers in four games at the 2012 Four Nations Tournament in Switzerland.

“If I had to choose which ice surface to play on, I would choose the bigger ice,” he said. “You get a little more time with the puck. I like that because it gives me more time to make a decision on what type of play I will make. I usually play really well when I’m on the big ice.”

Plus, Fortunato loves the opportunity to wear the colors of his country.

“It’s obviously a tremendous honor. Every little boy who plays hockey in the U.S. dreams about it,” he said. “You get goose bumps putting it on each time. You have to realize how fortunate you are, and I’m very grateful for having that opportunity. I wouldn’t trade it for nothing.”

For now, Fortunato said he is focused on helping his team in any way he can.

“For myself, I’m not the biggest guy on the ice, so I want to get stronger and put on weight,” he said. “Honestly, I want to just have fun. It’s a tough program at the end of the day, but if you have fun and take it one day at the time, that’s great. It’s a two-year process, and it will go by quick. I want to embrace every moment of it.

“As a team, keep on winning and improving each day. We have to get to a certain point where we have an opportunity to win a gold medal [at the 2014 IIHF Men's World Under-18 Championship]. We need to keep working hard to make that a possibility.”

Fortunato and his teammates have had success at international tournaments, but there’s no doubt that winning the gold would be the ultimate highlight of his time in Ann Arbor.

“Of the four international events we have played so far, we have only won one,” he said. “Beating Russia [at the Four Nations in Switzerland] was obviously really special for me. I had played Russia before in the past and I had never beaten them. Having that feeling and hearing your national anthem on the blue line is the greatest feeling in the world.

“It still gives me chills now [to hear the national anthem]. I always sing it to myself on the blue line. It gets me ready for the game.” 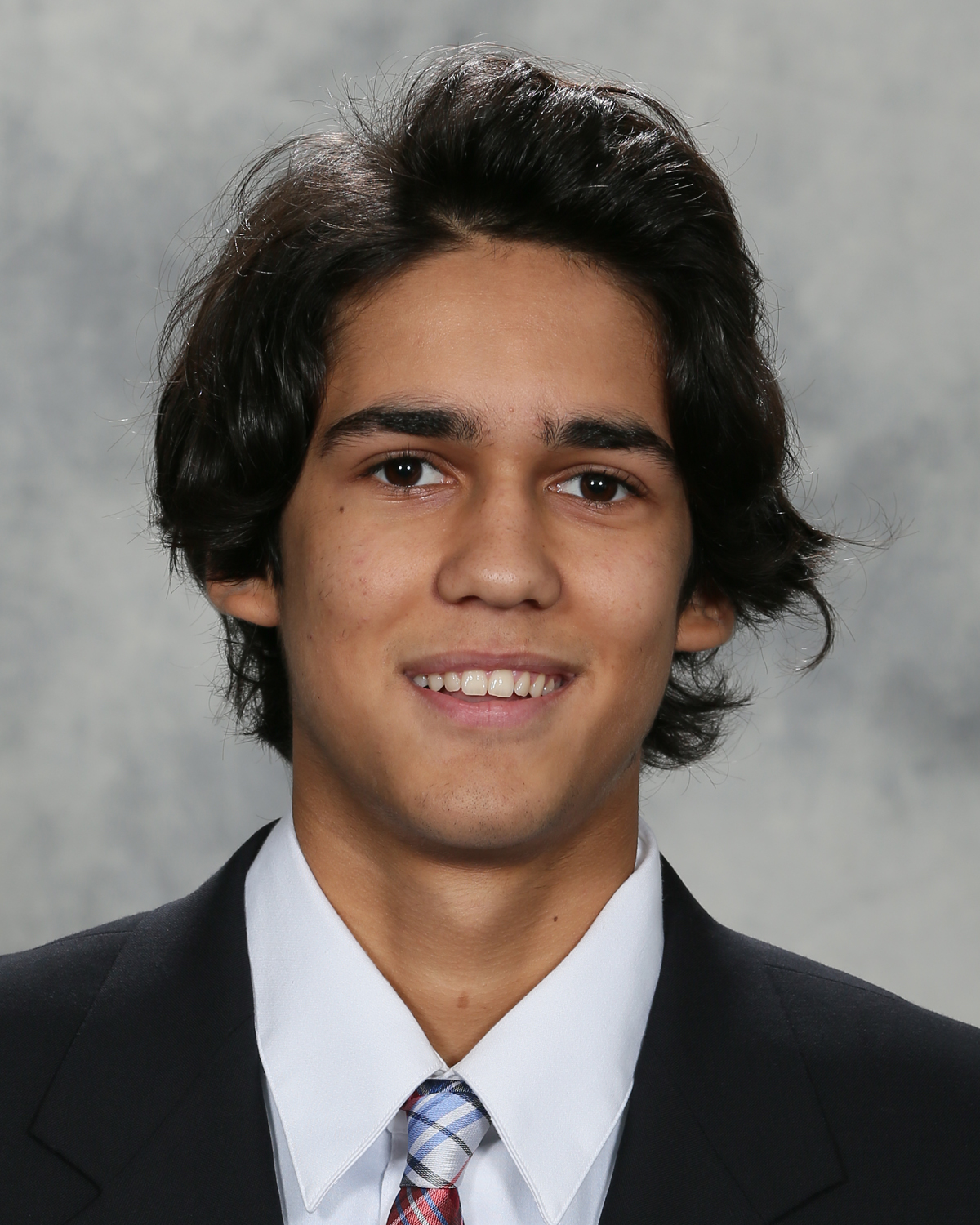